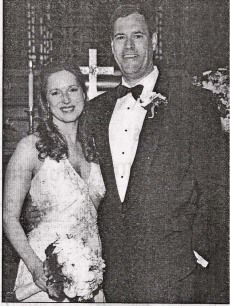 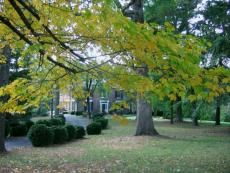 The Greer House on Orchard Street in Rocky Mount is on the National Register of Historic Places; it was the home of the late T. Keister Greer and wife Ibby, who still resides there. 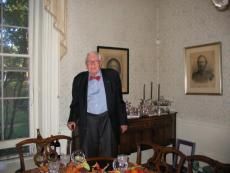 The Greer House (left) on Orchard Street in Rocky Mount is on the National Register of Historic Places; it was the home of the late T. Keister Greer (right) and wife Ibby, who still resides there.

The Greer House on Orchard Street in Rocky Mount is on the National Register of Historic Places; it was the home of the late T. Keister Greer and wife Ibby, who still resides there.

The Greer House (left) on Orchard Street in Rocky Mount is on the National Register of Historic Places; it was the home of the late T. Keister Greer (right) and wife Ibby, who still resides there.

After years of petitioning from local residents for the creation of a new county, the Virginia legislature passed an act in 1785 to create a new jurisdiction from existing land in Henry and Bedford counties.

The General Assembly mandated that the new county be formed "from and after the first day of January next ... [to be] called and known by the name of Franklin."

Moses Greer, born in Ann Arundel County, Md., on June 2, 1744, was the youngest of seven sons. His father, William Greer, arrived in Maryland from England with his wife, Ann Fitch, and their three children, William, James and Shadrock.

After arriving, the family grew with the births of John, Aquilla, Benjamin, Walter, Moses, and a daughter, Rebecca.

William, the oldest son, remained neutral during the American Revolution. Shadrock joined the British Army, which caused great distress to the family. James, Aquilla, Walter and Moses fought under the leadership of Gen. George Washington. Moses, a captain, was on the march to Yorktown as an aide to Washington at the time of the British surrender. It was during this time that the family moved to Bedford (now Franklin County).

Moses married Nancy Bailey and after the war, served as a justice on the Bedford County Court. He was appointed to the Franklin County court in 1786. Of the county's first justices, Moses Greer had the longest career on the bench.

He was 41 years old when the new court convened; he served on the bench for almost half a century. Between 1793 and 1807, Moses Greer represented Franklin County in the Virginia House of Delegates. He lived on the north side of the Blackwater River near what is now Gogginsville. Moses Greer died in 1834 at the age of 89.

His great-great-great-great grandson (Keister Greer's son), the Hon. G. Carter Greer, currently serves as a judge for the Martinsville Circuit Court. Other family members include Walter Greer (a former Rocky Mount postmaster), John Henry Greer (son of the late Edwin Greer of Sontag), and his sons, Michael and Robert Greer.

"The Grove" in Rocky Mount was the home of T. Keister Greer. Originally completed by the Hale family in 1854, the home was purchased by Greer in 1959 from the Saunders family. The late Keister Greer, who died in May of 2008, was an attorney and member of the bar in Virginia and California.

Greer handled significant water rights cases in California while maintaining his practice in Rocky Mount. He also argued successfully in the U.S. Supreme Court. The ruling saved military personnel from having to pay property taxes in more than one state.

Greer also was involved in civic activities, including serving on the board of the First Virginia Bank and on the Board of Visitors of the University of Virginia. He authored several books, including a detailed history of the "Great Moonshine Conspiracy Trial of 1935."

T. Keister Greer also was a member of the U.S. Marine Corps and served in Okinawa in WWII. He retired from the Marine Corps Reserve as a lieutenant colonel.

After the death of his first wife, Dorothy, in 1989, Greer in 1990 married Elizabeth "Ibby" Taylor Call, who continues to live at "The Grove."

Ibby Greer, the Franklin County Historical Association and the Virginia Conservation Commission and the Works Progress Administration (1936) contributed to this article.