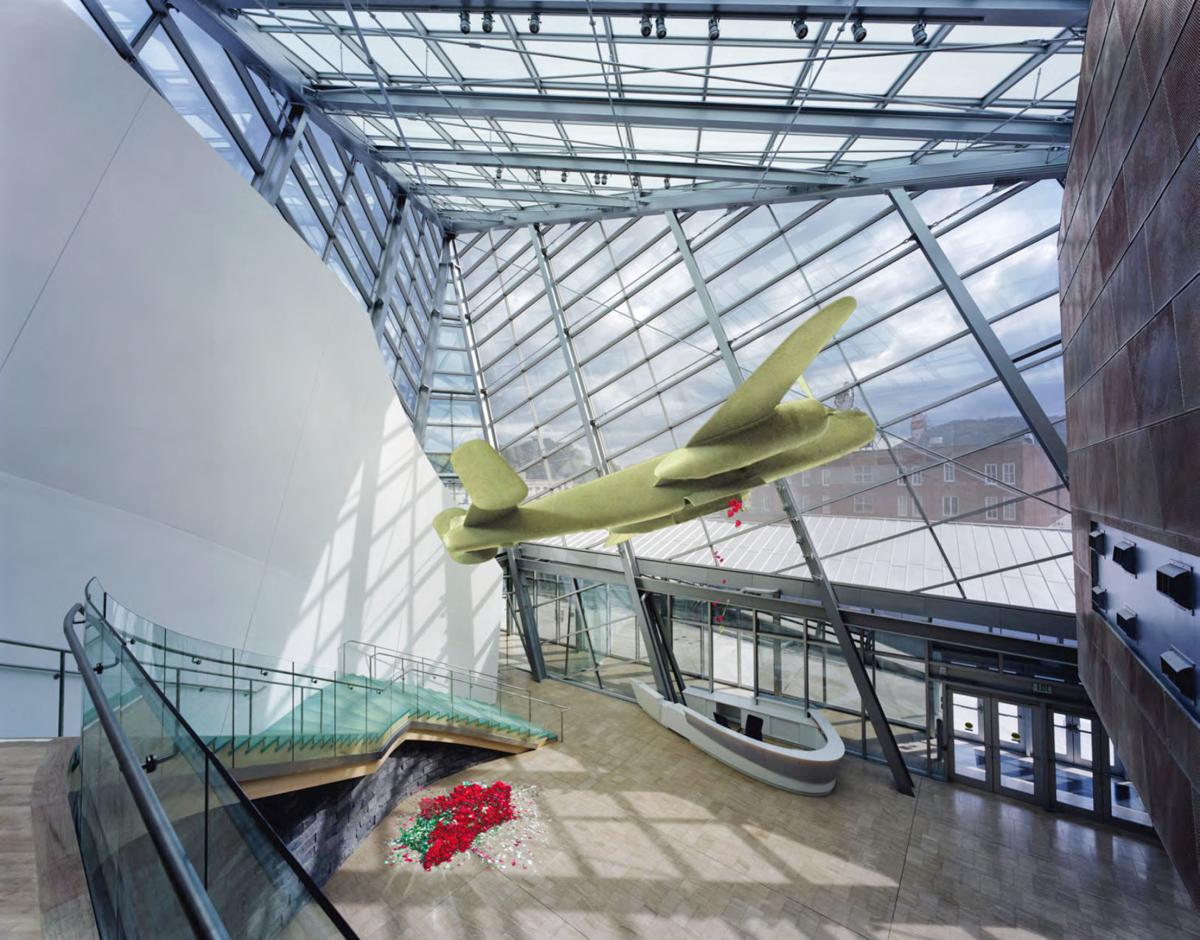 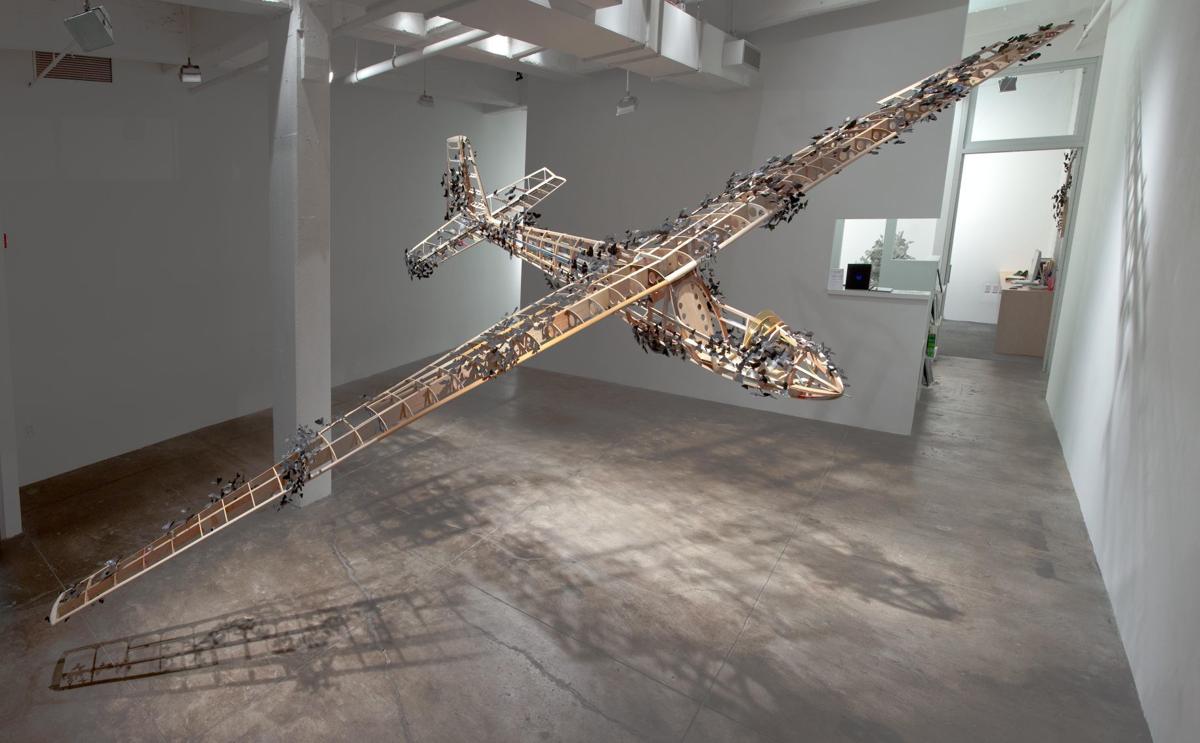 On Thursday, Villinski will install his 2011 sculpture "Passage" in the Taubman Museum's atrium as a replacement for the stolen "Flower Bomber" sculpture.

A sculpture made to debut in the Taubman Museum of Art’s atrium Thursday was stolen from outside the artist’s New York studio, museum officials said.

Paul Villinski loaded “Flower Bomber,” a wood and fiberglass replica of a B-25 bomber, onto a rental truck Saturday, just minutes after putting on the finishing touches, the artist said.

The truck was parked outside his studio in Long Island City. The next day, when he went outside, the truck was missing. Aside from “Flower Bomber,” it also contained three sculptures meant for Villinski’s exhibition “Farther,” which opens June 16 at the Taubman.

A spokesman with the New York Police Department said Wednesday that the investigation is still ongoing. Villinski estimated the retail value of his lost artwork at about $358,000.

In a statement, museum officials called the theft “a momentous loss for the artist and very disappointing for the Taubman Museum of Art and our visitors.”

“Flower Bomber” was scheduled to be installed Thursday and Friday. In the spirit of making sure the show goes on, Villinski will install a similar work Thursday in the atrium. “Passage,” a 33-foot-wide model of a 1950s-era Slingsby Skylark glider plane, is covered with 1,000 aluminum butterflies. All the materials come from wood scraps and cans discarded along the streets of New York.

“Passage,” on loan from the Blanton Museum of Art in Austin, Texas, was originally going to be part of “Farther,” displayed in the museum’s Carilion Clinic Gallery on the second floor.

Villinski, 57, has made a career out of taking discarded items such as work gloves and aluminum cans and transforming them into art. “So much of my work is about loss and transforming loss into hope, so I have a real opportunity to do this,” he said. “It’s not just metaphorical right now; it’s very, very real for me.”

“I haven’t worked this hard on a project in 15 to 20 years,” Villinski said of “Flower Bomber.” Using a custom-built laser cutter, he made 3,000 aluminum flowers that were meant to appear to be cascading from the bomber’s bay. Those flowers were in a separate vehicle, and made it to the Taubman. Villinski intends to use them to create a whole new work especially for “Farther,” as a way of responding to the theft and its effect.

The exhibition serves as a 25-year retrospective on Villinski’s career. The museum has enough of his art on hand to fill the gallery and proceed with “Farther.”

“If you didn’t know the story, you wouldn’t know that there was anything missing,” Villinski said.

On Thursday, Villinski will install his 2011 sculpture "Passage" in the Taubman Museum's atrium as a replacement for the stolen "Flower Bomber" sculpture.