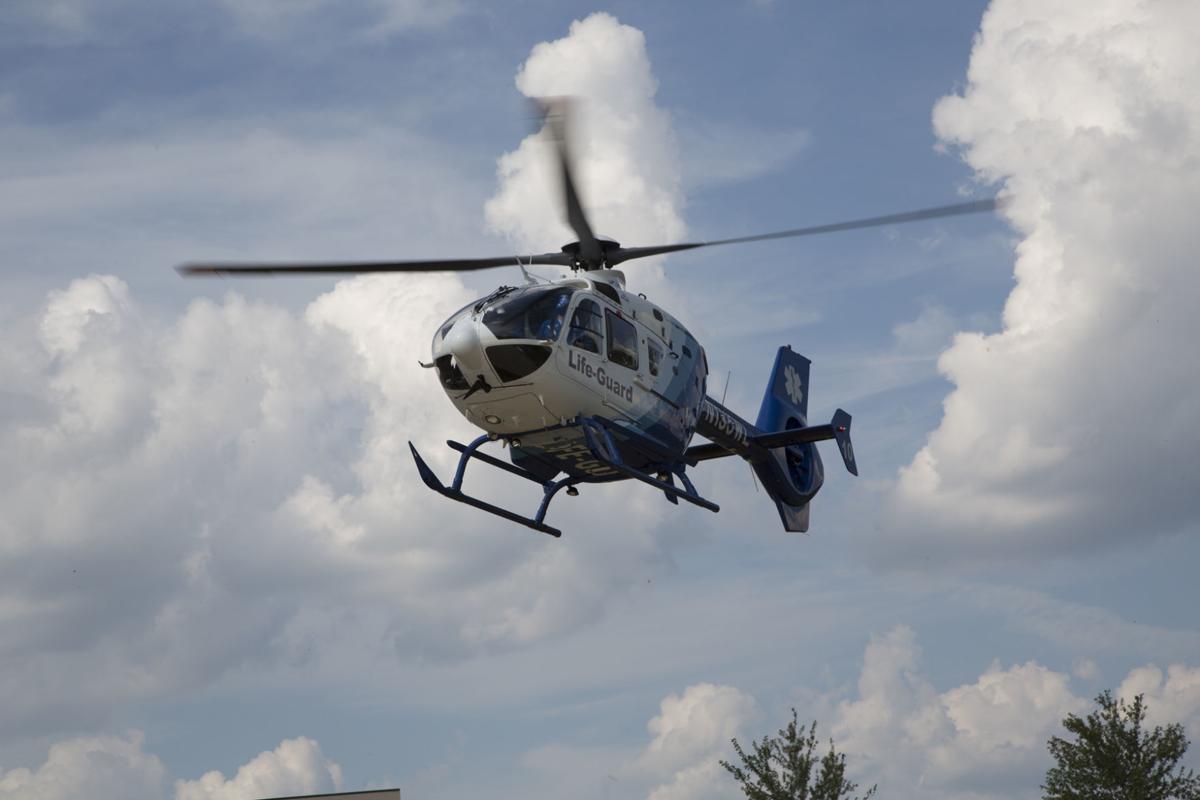 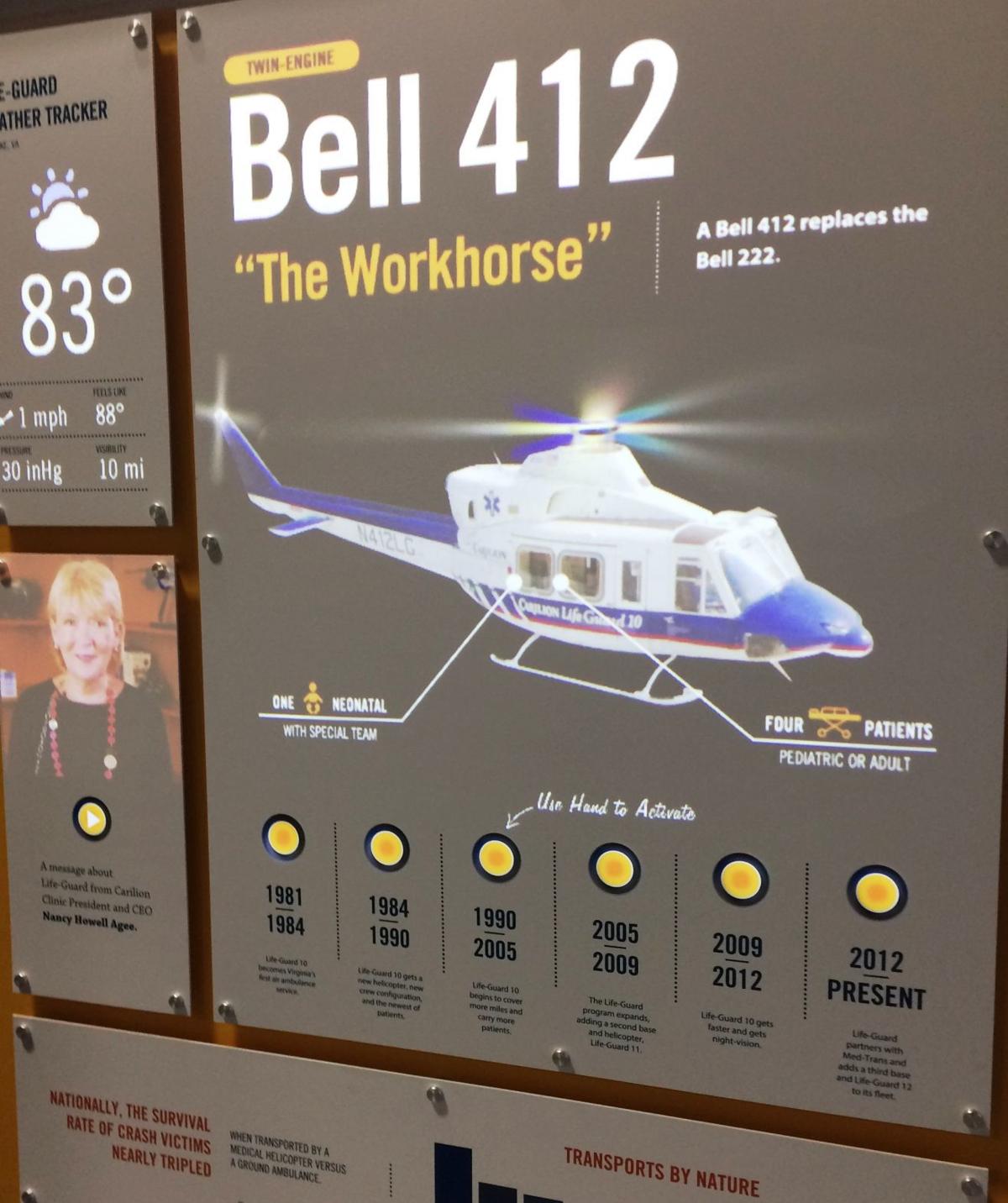 The exhibition features computer animations of the Carilion Life-Guard helicopters in flight, summoned by touching the yellow sensors.

Virginia’s first licensed air medical service has a snazzy new depiction of its history and operations on display at the Virginia Museum of Transportation.

As part of the fifth-anniversary celebration of VMT’s “Wings Over Virginia” aviation gallery, Carilion Clinic unveiled an updated exhibition dedicated to its Life-Guard helicopter fleet, with projections of film clips and animations activated by touch.

Given the place that the story of Life-Guard has in both Roanoke Valley history and Virginia EMS history, “I think it deserves to be in a museum,” said Susan Smith, director of the Life-Guard program. In fact, an exhibition devoted to Life-Guard was included when the aviation gallery first opened, but “it was just a static display.”

Carilion saw a need for an upgrade. “We wanted to make sure that our history is current,” Smith said. Beyond that, “it has to be engaging. It has to be interactive.”

The nonprofit turned to Castano Group, a Florida-based firm that specializes in presentations and displays that involve video projections, computer animation and sensors.

The result is a pair of panels offering loads of information summoned by placing one’s hand on or near the indicated spots on the display.

An up-to-date weather readout highlights the importance of weather conditions in determining whether a Life-Guard helicopter is safe to take off. A series of buttons on the left-hand panel summons computer animated images of each of the various helicopters that have flown for Life-Guard since the program began in 1981, and provides statistics on the numbers and types of passengers each model can carry, as well as technological features and makeup of the crews.

Another panel illustrates the capabilities of the aircraft currently in use.

“We essentially have a mini-air traffic control in our cockpit,” Smith said.

The right-most panel screens a series of short films re-enacting the steps of a Life-Guard 10 emergency rescue, from dispatch call through picking up a boy injured in a car crash and delivering him to the trauma center.

“We thought it was a great opportunity to really show people a behind-the-scenes look,” Smith said.

She added that perhaps the exhibit will help people know what to expect should they ever need Life-Guard’s services for real.

The time from concept to unveiling was about six weeks, Brunet said. Smith praised the company’s work.

“They did an amazing job for people who haven’t worked in the HEMS industry,” she said, the acronym she used referring to helicopter emergency medical services. “They thought of things that we did not think of.”

Carilion hopes that at least some of the children who see the exhibition will be interested in a career in HEMS, as medical personnel, pilots or aviation mechanics.

The exhibition features computer animations of the Carilion Life-Guard helicopters in flight, summoned by touching the yellow sensors.