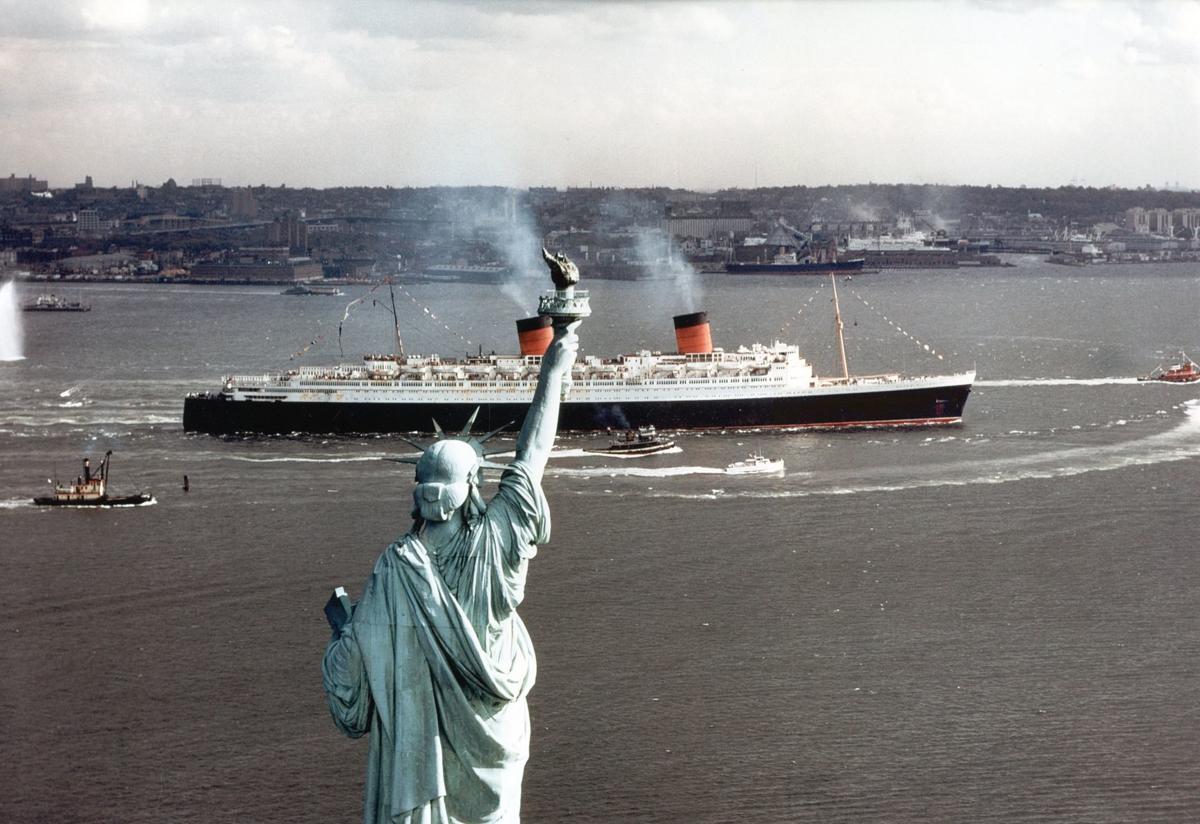 Link photographed the Statue of Liberty from a helicopter. The full-color image might surprise fans of his work. 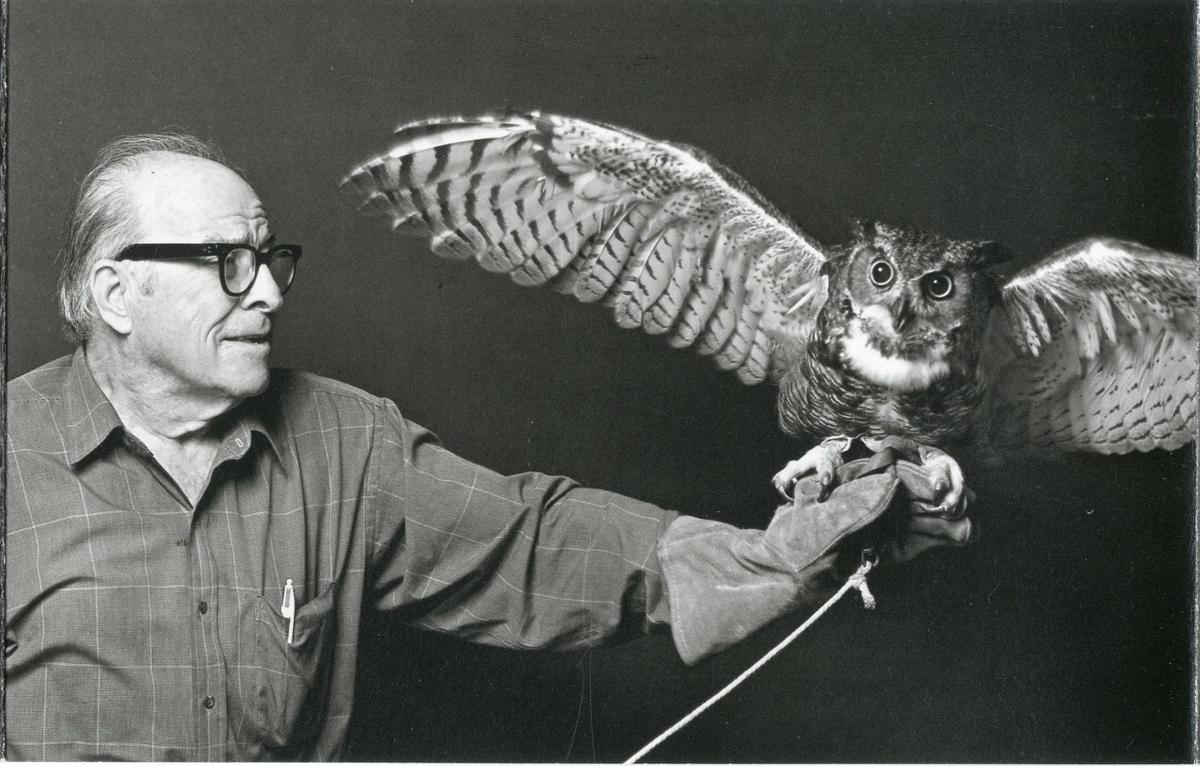 Link posed with a rescued owl in a play on the photographer’s initials, O.W.L.

The late O. Winston Link became internationally famous for his nostalgic photographs of the Norfolk and Western steam locomotives as they thundered through the landscapes of the 1950s.

Trains, however, weren’t his only interest. Ocean liners, bridges, cityscapes and cloud formations caught his fancy over the course of a career that spanned more than six decades.

A new show opening Friday at the combined O. Winston Link Museum and History Museum of Western Virginia illustrates the photographer’s wide range of interests. “It’s works from our cache that have not been shown before in the museum,” said Ashley Webb, curator of collections and exhibitions for the Historical Society of Western Virginia that operates the joint museum.

The exhibition, “Unseen Link,” is co-curated by Webb and Ellen Arnold, a longtime Link museum volunteer who, along with her husband, Bill, befriended the photographer in the 1980s. Ellen Arnold spent years cataloging Link’s thousands of negatives for the museum, giving her a familiarity with the archives that came in handy in assembling the new show.

Though Link lived and worked in New York City, his images of the lost era of steam-powered travel on Norfolk and Western tracks tied him to Roanoke, where N&W based its headquarters and built its locomotives. Link referred to Roanoke as his second home. Though he had some involvement in the planning of the Link Museum, he didn’t live to see the dream come true, dying in 2001 at age 86. The museum opened in 2004.

Nowadays those familiar with a Link print picture a black-and-white nighttime scene in which rural residents go about their everyday lives while smoke billows from a steam locomotive in the background. So a full-color shot of the Statue of Liberty seen from behind and above as the immense ocean liner Queen Elizabeth passes by might surprise fans of the photographer’s work.

Arnold said the shot was taken from a helicopter. She shared an anecdote about how Link, notoriously outspoken and cantankerous, was once told that without the helicopter he could never have gotten that photograph. He replied, “The helicopter did not click the shutter.”

Another photo, showing Link posing with a rescued owl, puns on the photographer’s initials, O.W.L. Arnold said that Link created that image in part as a way to counter allegations that he was in declining mental and physical health. The photo came with the message, “Both owls are alive and well.”

A group of photos documents the construction of the Verrazano-Narrows Bridge between Brooklyn and Staten Island in New York. “Some of this, the steel was fabricated in Roanoke,” Arnold said.

Another group features scenic vistas shot in the town of Banff in Alberta, Canada. Another, taken in Louisiana, shows a steam train at night, taken without the elaborate lighting and photo manipulation Link would employ later. “This is his first night photograph,” Arnold said.

Another, taken on Long Island, shows a huge expanse of sky, and the viewer might not right away notice the distant train taking up the length of the frame at the very bottom.

Though “Unseen Link” replaces “Our Strength Is Our People: The Humanist Photographs of Lewis Hine” in the museum’s Radford Gallery, the companion exhibition “Roanoke Cotton Mills: Lewis Wickes Hine, Norwich, and the Fight against Child Labor” remains on display in the Trackside Gallery.

Webb said the plan going forward is to alternate history museum-themed and Link museum-themed exhibitions. A show of Link’s landscape photography is planned for next year.

On display through Nov. 6

Link photographed the Statue of Liberty from a helicopter. The full-color image might surprise fans of his work.

Link posed with a rescued owl in a play on the photographer’s initials, O.W.L.