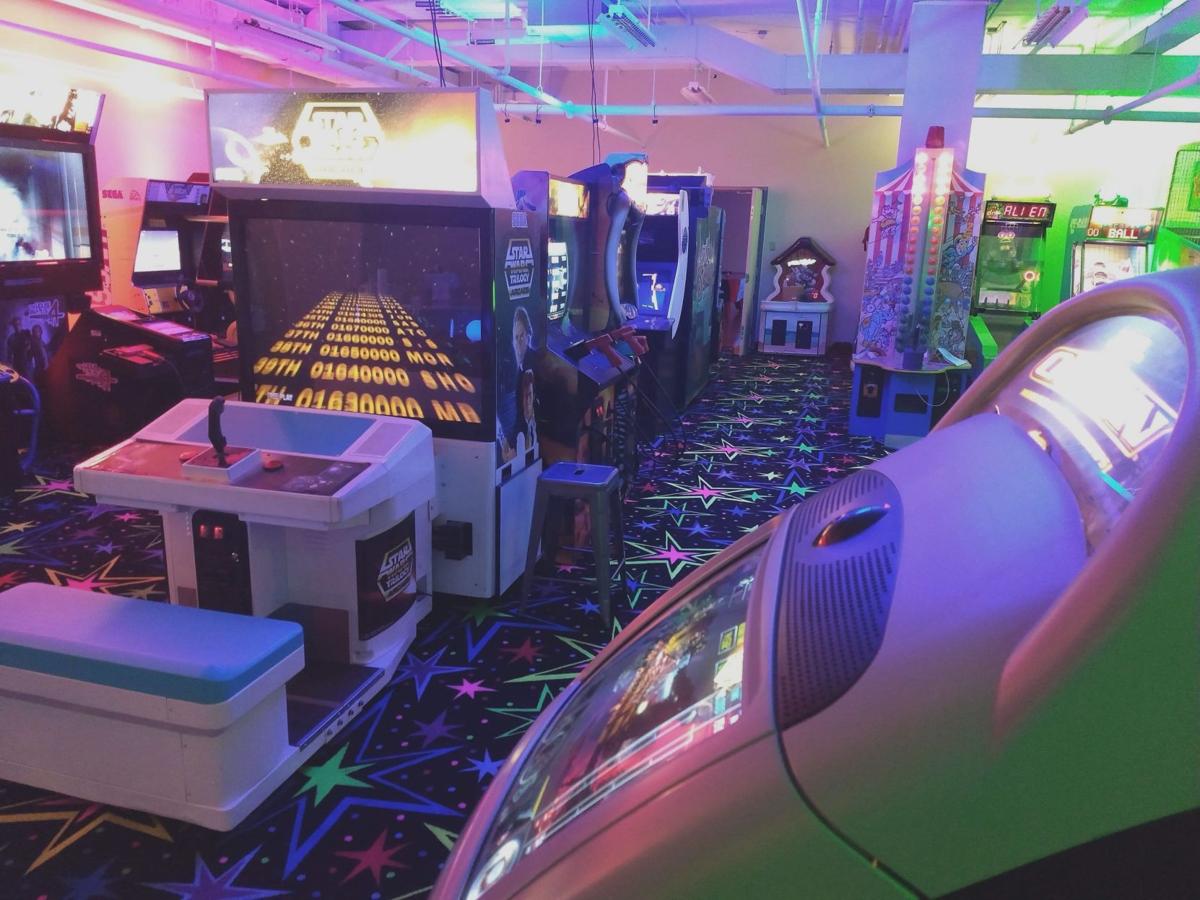 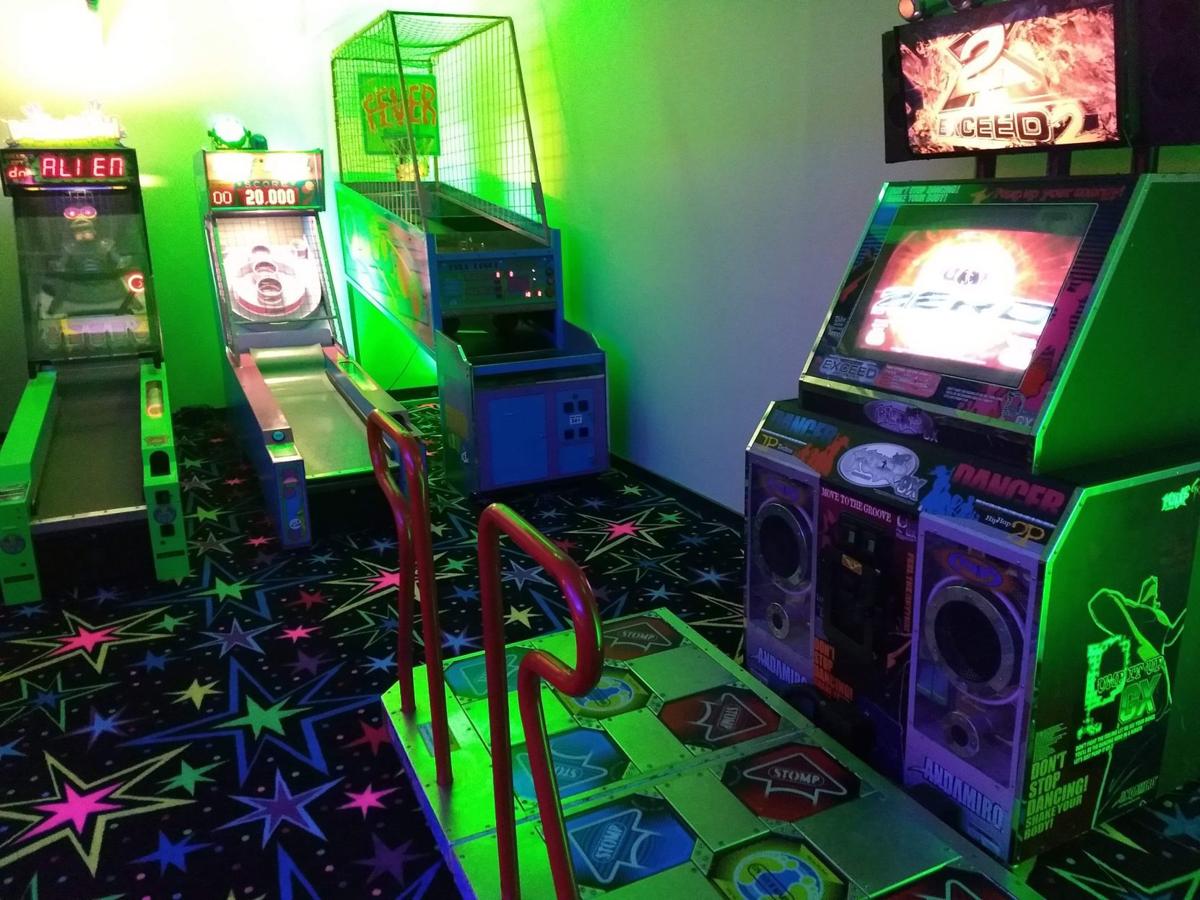 The Roanoke STARCADE features Pump It Up, an arcade game similar to Dance Dance Revolution. 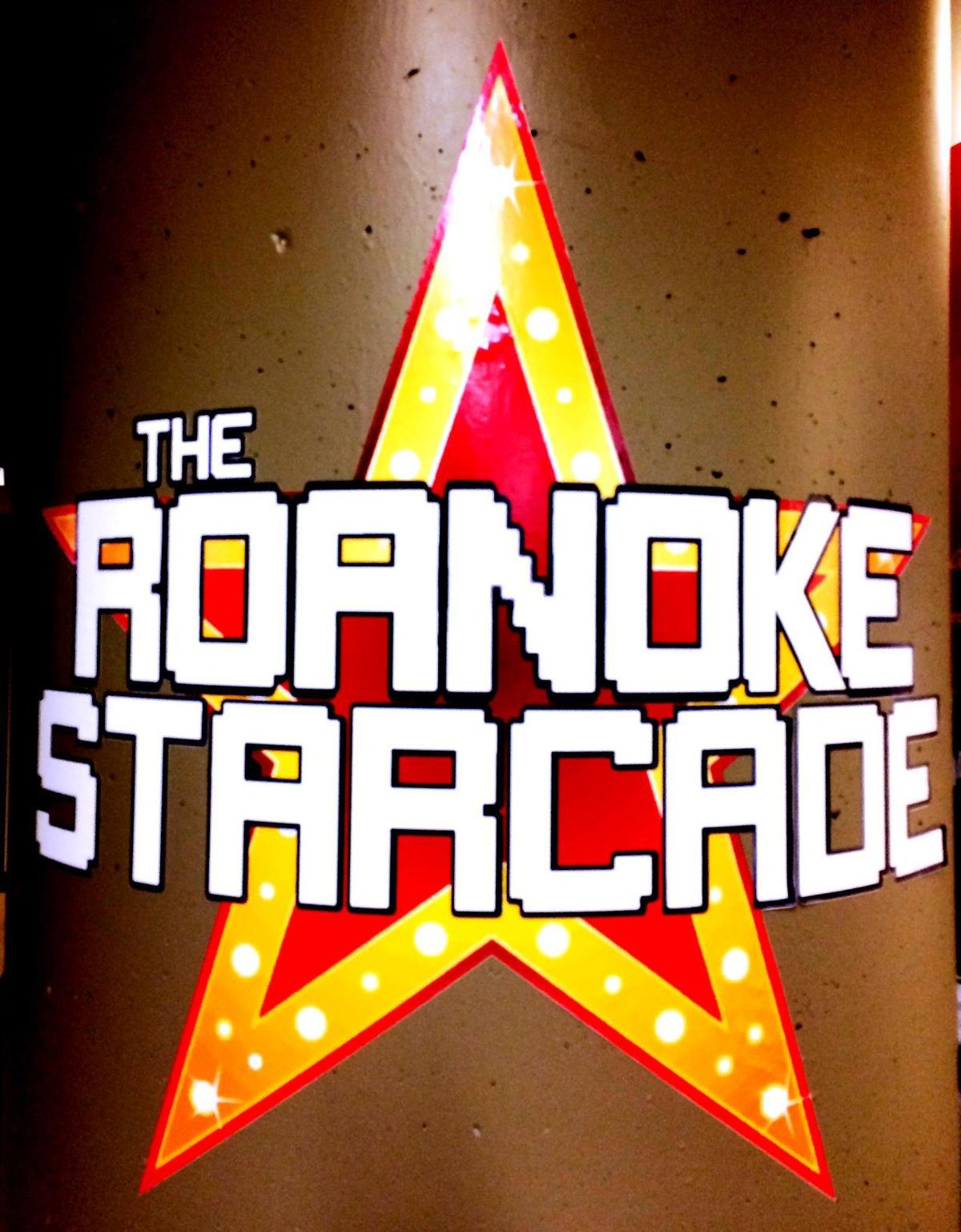 Signs on Center in the Square’s second floor guide visitors to STARCADE, which is located inside a former storage space.

A phalanx of descending space invaders. A huge centipede wiggling through mushrooms. A giant ape throwing barrels from the top of a construction site. An opponent shouting “Mortal Kombat!”

People with fond memories of those arcade game villains have a chance to face them down again when Center in the Square’s newest attraction opens Thursday evening.

STARCADE, named after (you guessed it) the Roanoke Star, is modeled after another Center venture, the Roanoke Pinball Museum. A daily admission of $10 will allow the ticket holder unlimited play on more than two dozen vintage arcade games, among them NBA Jam, Mortal Kombat II, Golden Tee, Time Pilot, Daytona USA, The House of the Dead 4, Centipede, Galaga and, of course, Donkey Kong, Pac-Man and Space Invaders.

There’s also Pump It Up, which isn’t Dance Dance Revolution, but it’s close, sporting a “dance platform” where competitors move their feet from square to square. “It’s like its sister game,” said Aimee Simmons, the director of operations for STARCADE.

STARCADE also features classic air hockey and an adjoining party room that will be available for rental. It’s located on the second floor, down the hallway past the Harrison Museum of African American Culture, around several more corners and up some stairs, with signs posted to guide the way. It’s inside a 3,000-square-foot space that was once used for storage by the Historical Society of Western Virginia, emptied when the society’s History Museum of Western Virginia moved into the old Norfolk & Western passenger station at Shenandoah Avenue and Williamson Road Northeast.

The same funding challenges that affect those nonprofits, such as rapidly dwindling corporate support, also affect Center. “We can’t put up with that,” said Jim Sears, Center’s president and general manager. “We’ve got to take care of ourselves.”

Center has set out to become more self-supporting, a push that led to the opening of the Roanoke Pinball Museum in 2015 and the Don and Barbara Smith Children’s Museum, aka Kids Square, in 2017. Furthering that aim, Center has teamed up with Roanoke County Parks, Recreation and Tourism to develop IllumiNights, a holiday attraction that will fill Explore Park with animated light displays, planned for a November debut.

STARCADE has come together with startling speed as far as arts ventures go, with the idea first presented to Center’s board about four months ago.

“We want this to be not only an arts and cultural center but a fun center,” Sears said. “To me, we’re trying to make family fun affordable.”

Upping the nostalgia factor even further, Center intends to install photo booths in its atrium — the kind you sit inside to get your picture taken, featured in nearly every nostalgic movie montage about BFFs on vacation. Instead of coins, they will take credit cards.

“I like the idea of opportunities for families to make memories,” said Tara Marciniak, Center’s director of institutional advancement. She noted that the admission fees to STARCADE, Kids Square and the pinball museum and even the photo booth fees are essentially a way to donate to Center, which also helps the organizations Center serves.

Center, which has an operating budget of about $2.2 million, spent about $45,000 setting up STARCADE, Sears said. He believes that based on experience with the Roanoke Pinball Museum, STARCADE will likely pay for itself within a year and become a reliable revenue source.

“It’s like opening a business,” he said. “Every time you step off into something new it’s kind of scary.”

Thursday’s grand opening will feature a musical performance by Empty Bottles and refreshments from Wall Street Tavern. Admission will be $5.

The Roanoke STARCADE features Pump It Up, an arcade game similar to Dance Dance Revolution.

Signs on Center in the Square’s second floor guide visitors to STARCADE, which is located inside a former storage space.