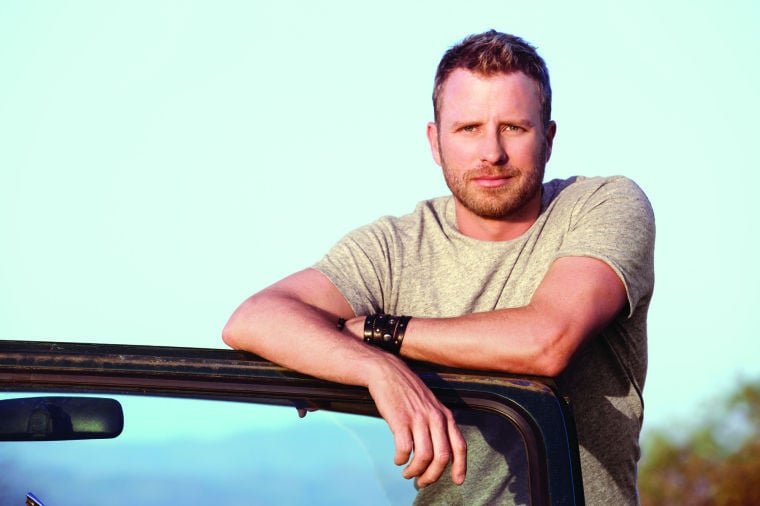 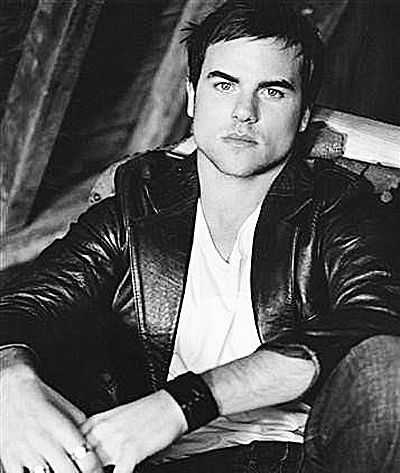 Some of country music’s hottest product comes with a Roanoke Valley imprint.

Ross Copperman, a Glenvar High School grad who lives in Nashville, Tennessee, produced Dierks Bentley’s latest album, “Riser.” The number includes the crossover hit “Drunk On A Plane,” which Bentley says is the biggest song of his career.

Bentley, who returns to Roanoke for a Friday concert at Berglund Center Coliseum (formerly Roanoke Civic Center), said Copperman’s work on “Riser” was a big key to its success. The disc, which peaked at No. 1, was No. 19 on the Billboard magazine country music albums chart last week, some nine months after its release.

Copperman’s output as a songwriter also includes “Beat of the Music,” a No. 1 country radio hit for Brett Eldredge. Eldredge sang that number last week at Salem Civic Center, in a set opening for Little Big Town. Copperman also wrote the Justin Moore chart-topper, “Point At You.” Keith Urban and Kenny Chesney songs are on his resume, too.

His production credits are growing just as steadily as his songwriting.

“Ross is on fire right now,” Bentley said in a phone interview on Friday. “He’s killing it in Nashville. He’s kind of the ‘it guy.’ Everyone knows who he is. Everyone loves writing with him.”

“He’s got such positive energy. Really great personality. When you’re in the room writing with Ross, he’s in a good mood and he’s excited about everything. He’s so talented, it’s ridiculous.

“He really represents the new breed of songwriters in Nashville, these kids that can write and play but also know their way around a computer. Ross is a genius when it comes to coming up with tracks and ideas and pieces and parts.”

Apparently, the buzz is keeping Copperman very busy. He was unavailable to comment for this story before deadline.

The Bentley/Copperman association began with the single “Tip It On Back,” which Copperman co-wrote (to be clear, pretty much all Nashville songwriting these days is a team effort). Bentley’s executive producer, Arturo Buenahora, brought Bentley the demo recording for that number.

“I asked Arturo, ‘Who did that demo?’ It would be hard to beat the demo on the record,” Bentley remembered. “He said his name is Ross Copperman. I said, ‘I want to write with Ross.’”

Not that Copperman co-wrote everything on “Riser.” Bentley co-wrote “Drunk On A Plane” with Chris Tompkins and Josh Kear.

“I brought a couple ideas in, and they weren’t really working,” Bentley said. “Josh Kear, I’ll never forget, out of his mouth, he’s like yeah, I’ve always wanted to write a song called ‘Drunk on a Plane.’

“It was like the coin dropping into the machine. Everything clicked. I knew I needed that song. I’m a pilot, so I’m fascinated by anything aviation-wise. My ears perk up. And I love drinking. Two passions in one song title.

“I was like, I don’t know what this song’s even about yet, but I have to have this on my album. I remember saying this to him.

“Not only did it make the record, but probably is one of the biggest singles of my career. It’s just a really weird day when the universe is conspiring with you, working with you to help you get what you want.”

That song, which peaked at No. 1 on Billboard’s country radio airplay chart, is like the rest of the record in that it has a pop music lean. Copperman, who began his career as a solo pop artist before moving to Nashville, was the driving force behind the sounds and textures on the disc.

“I think I hold down more the country element in the room,” Bentley said. “The craft of country songwriting is something I’ve studied for a really long time. And I think Ross has more of a hook-driven background and is looking for that stuff that really pops, that ear-candy stuff.”

Bentley, who took time off a few years back from making country hits to record a bluegrass album with the Del McCoury Band, is a huge traditional country and bluegrass fan. He recently wrapped a Buddy Miller-produced session with Ralph Stanley.

But when he hits the stage in Roanoke, don’t expect to hear the traditional music side of his nature.

“I’m running around like a crazy man” on this tour, he said. “I’m screaming. I’m shouting. I’m shotgunning beers with fans.

“It’s arena music. It’s very different. And I personally have no problem with that juxtaposition. I love it.”

Canadian 1980s hitmakers Loverboy have postponed their Elmwood Park show. The band is unable to leave its home country due to COVID-19 protocols.

FloydFest ’21: What you need to know

cutNscratch: Mason Via returns to FloydFest, as an Old Crow Medicine Show member

Eric Clapton said he won't perform at venues requiring COVID-19 vaccines after a UK announcement that vaccine passports will be mandatory at crowded venues.

Vocalist Blake Hazard sounds conflicted in this softly romantic offering from Los Angeles indie-rock act the Submarines’ second full-length album, “Honeysuckle Weeks.” On the one hand, she sings that “heavy is the mind that can’t be told when it’s time to let it go.” On the other? “But when you kiss me in ways I’ve forgotten, love is a swimming pool with no bottom.”

Sixteen months after Roanoke’s Jefferson Center shut its doors to live audiences, the venue is preparing to reopen.

Get your eyes without a face to Elmwood Park for a rebel yell — Billy Idol is coming to town. You can dance with yourself to the fist-pumping,…