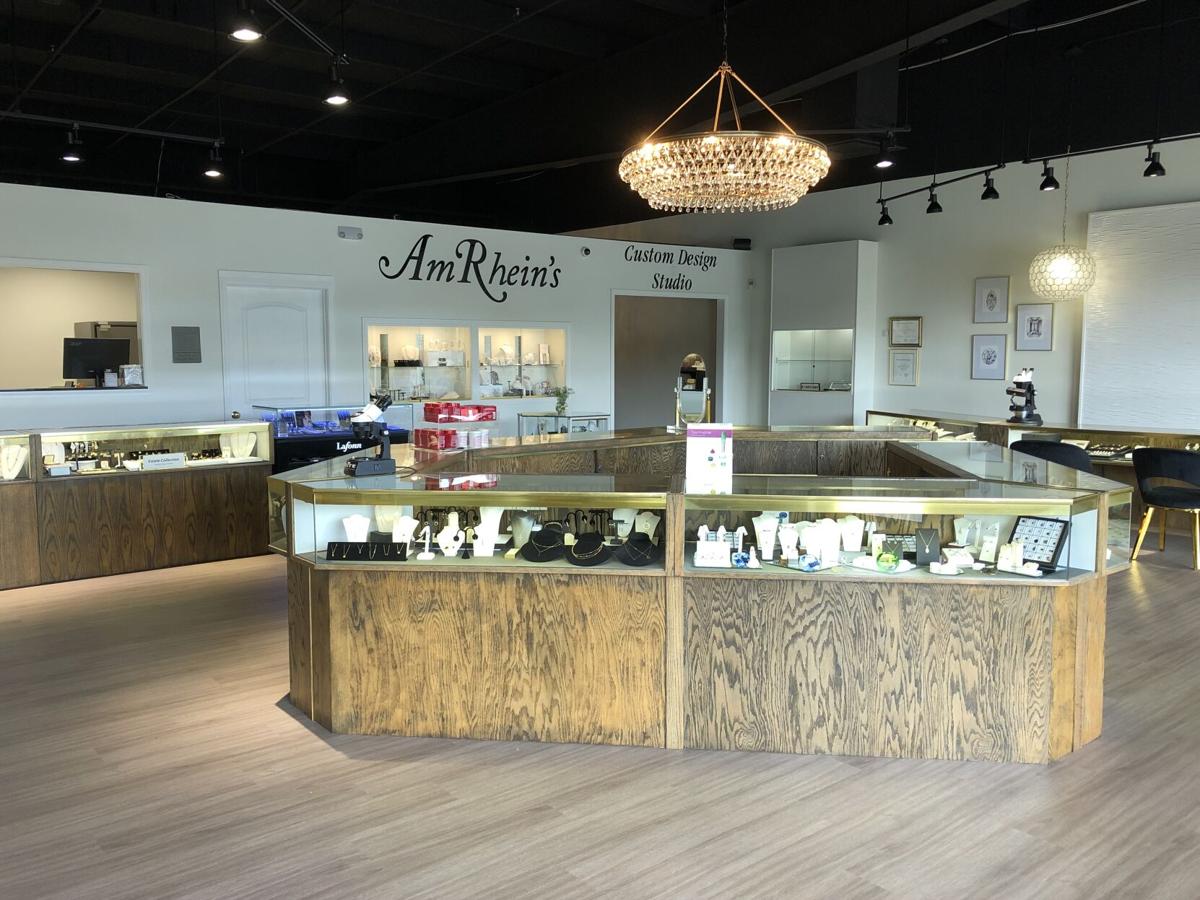 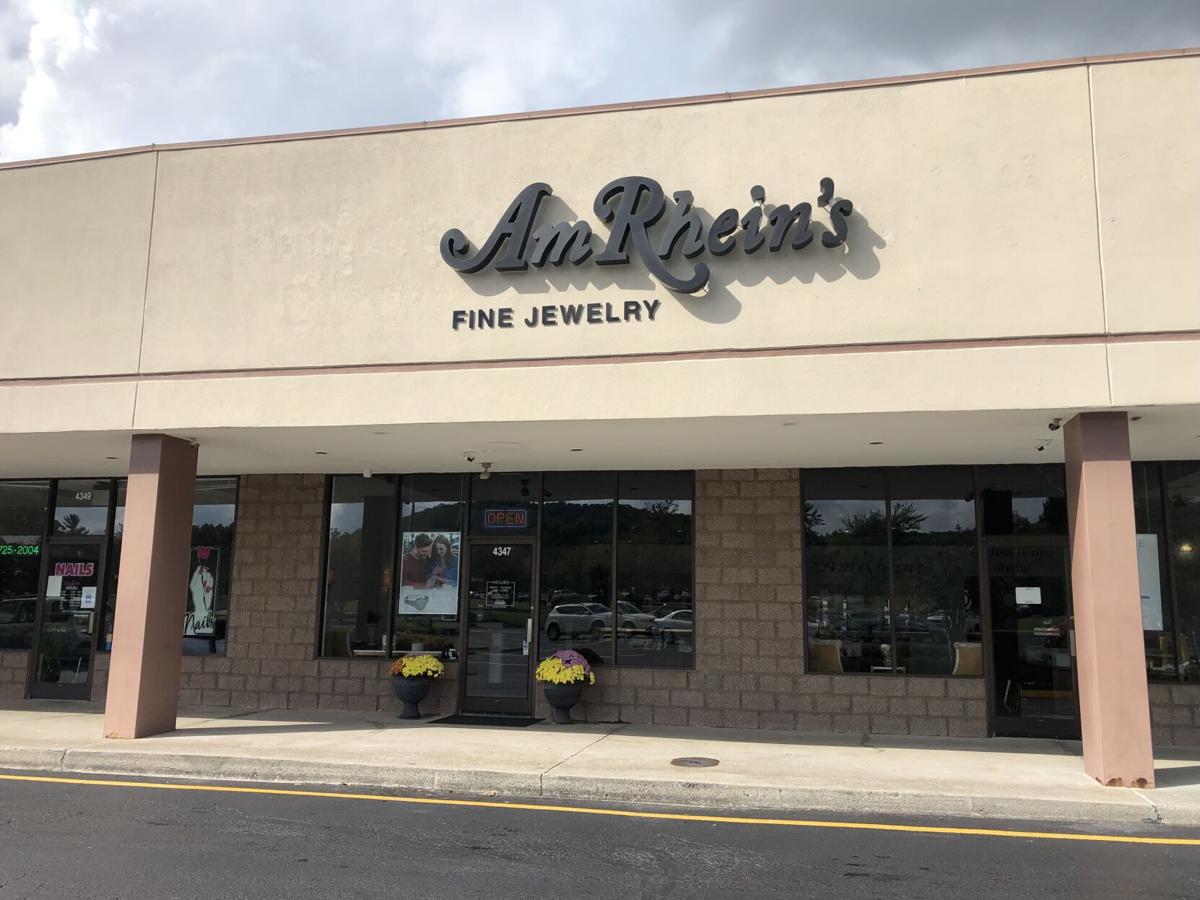 AmRhein’s Fine Jewelry recently moved from its Ogden Road location to the nearby Old Country Plaza in Roanoke County.

As the next generation took the reins of the business, the Ogden Road building that previously housed the jewelry store, along with a bridal shop the family opted to close earlier this year, was sold.

The jewelry store continued to operate there after the sale, but the closure of the AmRhein’s Bridals meant there was extra, unused space, plus a move offered an opportunity to reflect the vision of the fourth generation to run AmRhein’s Fine Jewelry, said Jackie Amrhein-Sells, who owns the business along with her husband, Tom Sells III.

The new store, located in the nearby Old Country Plaza, has a custom design VIP area and a lounge featuring memorabilia documenting the business’ history, Amrhein-Sells said.

AmRhein’s deals with a lot of estate jewelry and also custom designs, reimagining and modernizing a family member’s piece of jewelry or creating a unique engagement ring. Amrhein-Sells said it’s nice to have a private, dedicated space to work with such customers.

“We just looked at who the majority of our customers were and we tried to cater to that type of person,” she said.

The showroom is almost 2,000 square feet, with 12 jewelry cases, Amrhein-Sells said, and the space offers more room for storage and offices, along with a staff area that the previous location did not have.

AmRhein’s Fine Jewelry is just down the road from its previous location, which Amrhein-Sells said was strategic. The store was on Ogden Road for around 25 years, she said, so customers are used to traveling in that direction.

Being located in a shopping center offers opportunities for foot traffic, Amrhein-Sells said, whereas the previous store was more of a destination, since it was in a standalone building.

“We’re excited for everybody to come in and [to] show them around, what we have and what changes we’ve made,” Amrhein-Sells said.

The jewelry shop began operating at its new location on Sept. 16. AmRhein’s Fine Jewelry will celebrate its 100th anniversary from Nov. 4-13.

Though the owner of Veranda Bistro decided to retire from the business, fans of its Italian and Greek fare will find many of their favorite di…

The Roanoke Times lists real estate Trailansfers from the Roanoke Valley weekly as a matter of public record.

AmRhein’s Fine Jewelry recently moved from its Ogden Road location to the nearby Old Country Plaza in Roanoke County.