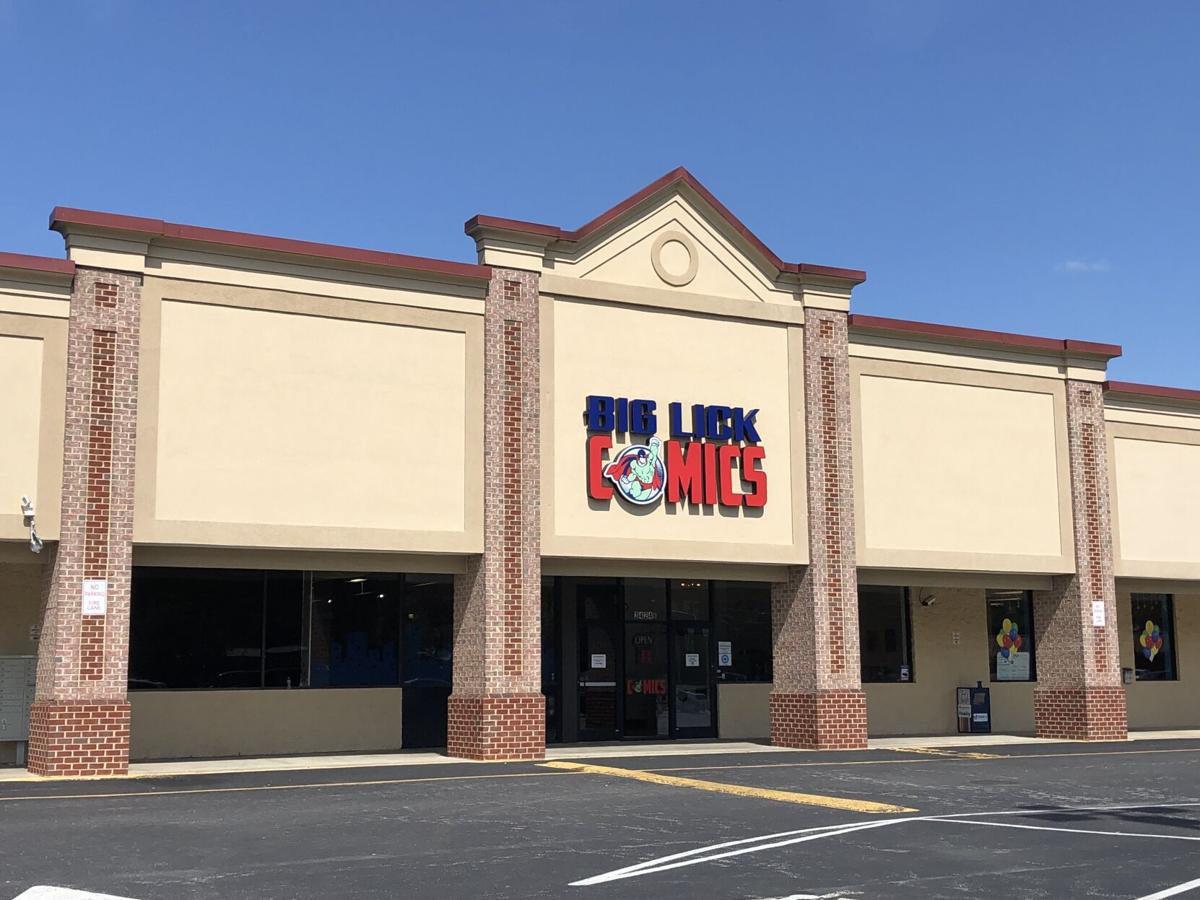 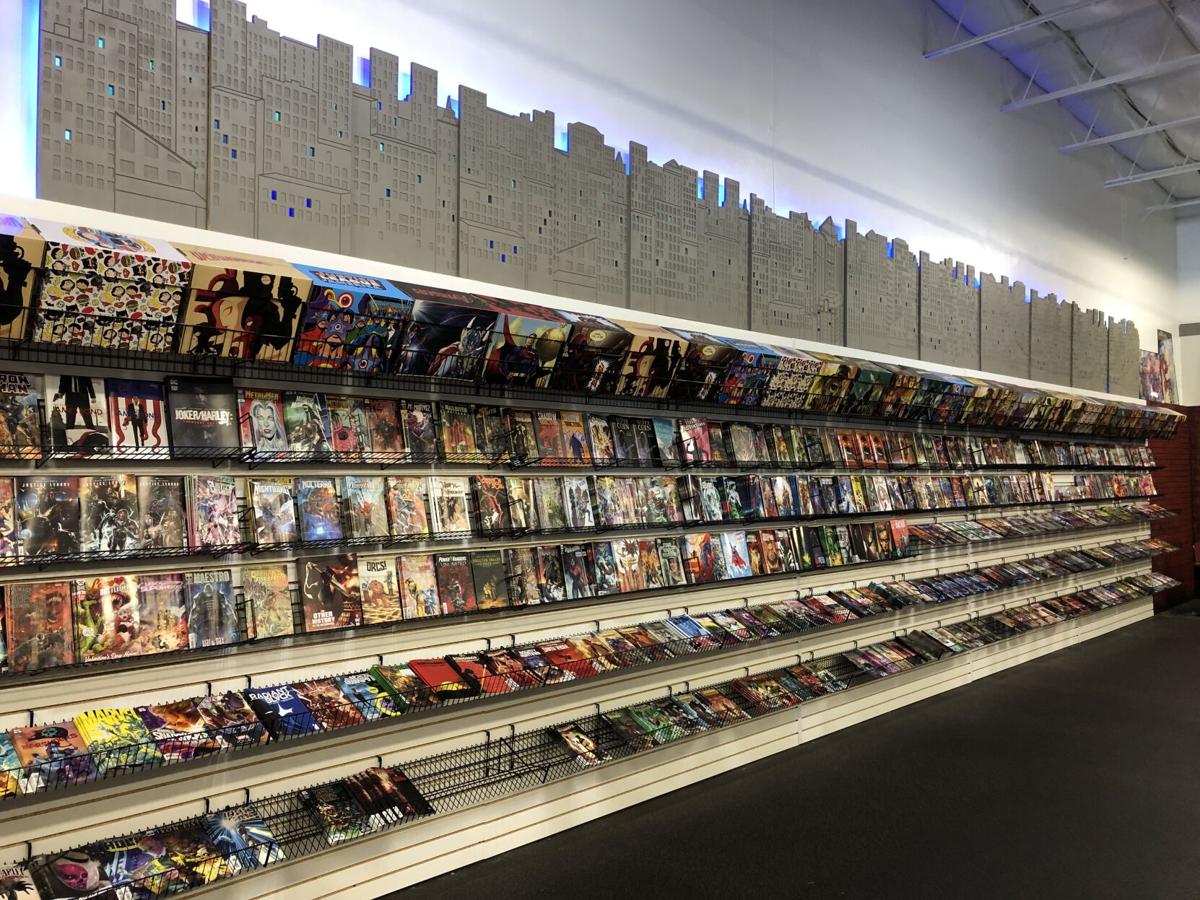 J.D. Sutphin, co-owner of Big Lick Comics, said the store will have new comics every Wednesday. The store is divided into different sections, with names that refer back to the comic book universe. This one is the Halls of All Knowing. 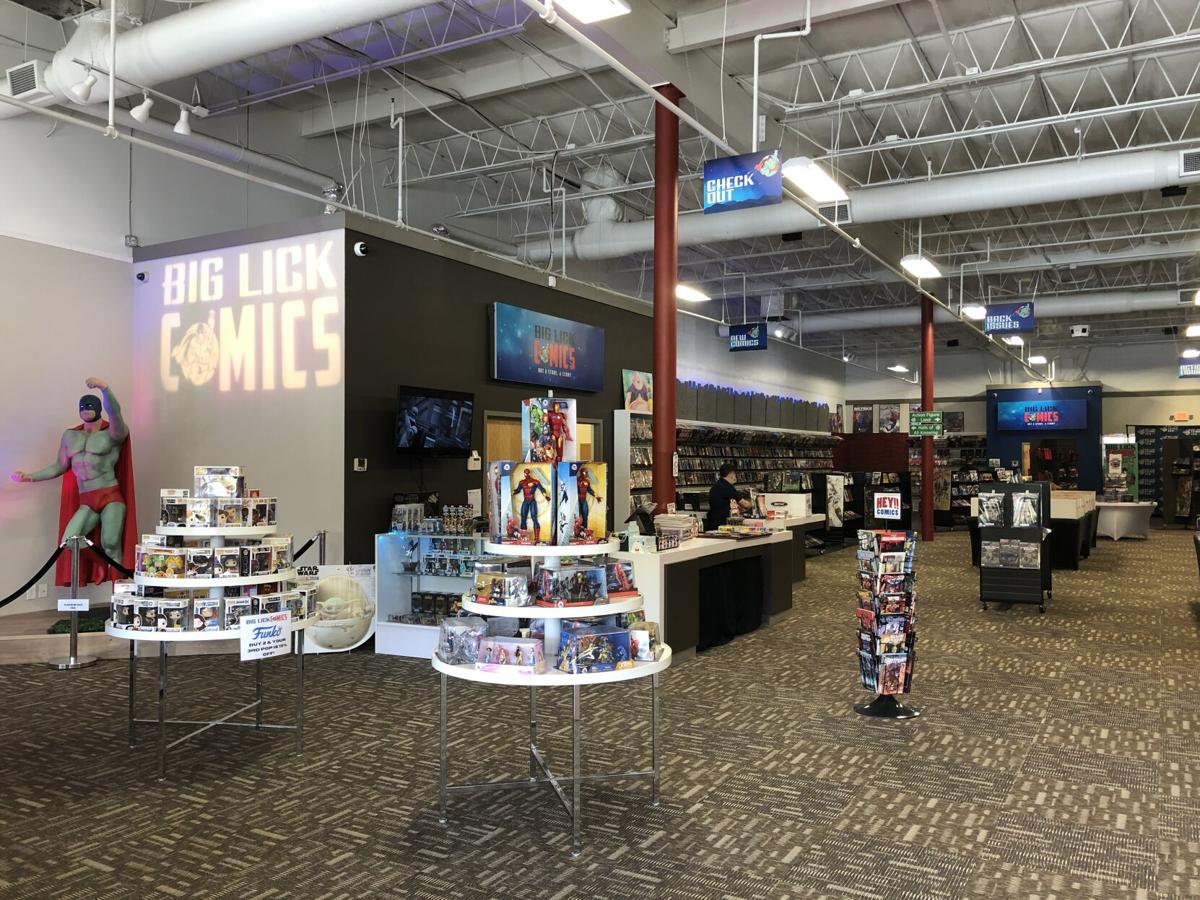 “My brother and I are huge comic book fans,” Sutphin said. “We've loved them as long as I can remember — the characters, the stories, the art, the creativity."

Sutphin said since he first brought comic con to Roanoke in 2017, he’s been blown away by the response from the public and the community of people brought together by their love of comics.

The COVID-19 pandemic meant there were fewer opportunities for that community to gather in the last year, though Big Lick Comic Con did occur in the fall, with restrictions in place.

“I just kept thinking to myself, what if we could build something where the feeling of our comic con was open five days a week?" Sutphin said.

Big Lick Comics is not just a store, he said, but offers an immersive experience. Easter eggs, like a trail of ants that leads to a statue of Ant-Man, can be found throughout the store. The 6,000-square-foot space is divided into different sections, with names that refer to the comic book universe, like the Halls of All Knowing.

Sutphin said the store changes its stock regularly, with 140 new titles per month and new comics arriving every Wednesday.

When the store opened April 3, Sutphin said there was an immediate response from comic book fans, who lined up on the sidewalk an hour before doors opened.

“It was just like opening a comic con,” he said.

Big Lick Comics has a family-friendly atmosphere, Sutphin said, with a kids’ zone with activities, books and toys for the youngest audience. There’s also a seating area where coffee and other beverages are served.

For those who enjoy the comic con experience, Sutphin said, the store will have visits from special guests and celebrities every few weeks.

Big Lick Comics is at 3424 Orange Ave. N.E. in the Market Square East shopping center. The store is open Tuesday through Saturday from 10 a.m. to 7 p.m.

Dumb mistakes you can avoid when investing

Virginia Gov. Ralph Northam on Tuesday declared a state of emergency in Virginia because of gasoline supply disruptions caused by a cyberattack on a key East Coast fuel pipeline.

Private land taken for a pipeline: At what price?

For the first time since a natural gas pipeline used its power of eminent domain to take private property three years ago, a jury is being ask…

The Roanoke Valley has had an ally this week in the fuel shortage emergency: a local branch of the PPL, formerly the Plantation Pipe Line, whi…

Spiritually Beaded by Kia, a new retailer with a focus on jewelry and crystals, has opened in the Crafteria building in downtown Roanoke.

Real estate transactions for May 9, 2021

Tractor Supply Co. is adding a Vinton location expected to open this summer.

The Foot Levelers Blue Ridge Marathon, one of the first large in-person events to occur since the pandemic began, provided a boost to the batt…

Names and changes: Business recognitions and promotions for the week of May 9, 2021

A butcher shop is coming to South Roanoke.

Ramps, which are native to the Appalachian region, have grown increasingly popular, particularly in the culinary world. Experts say the intense interest in ramps, along with their limited window of availability each year, put them at risk of being over-harvested.

J.D. Sutphin, co-owner of Big Lick Comics, said the store will have new comics every Wednesday. The store is divided into different sections, with names that refer back to the comic book universe. This one is the Halls of All Knowing.