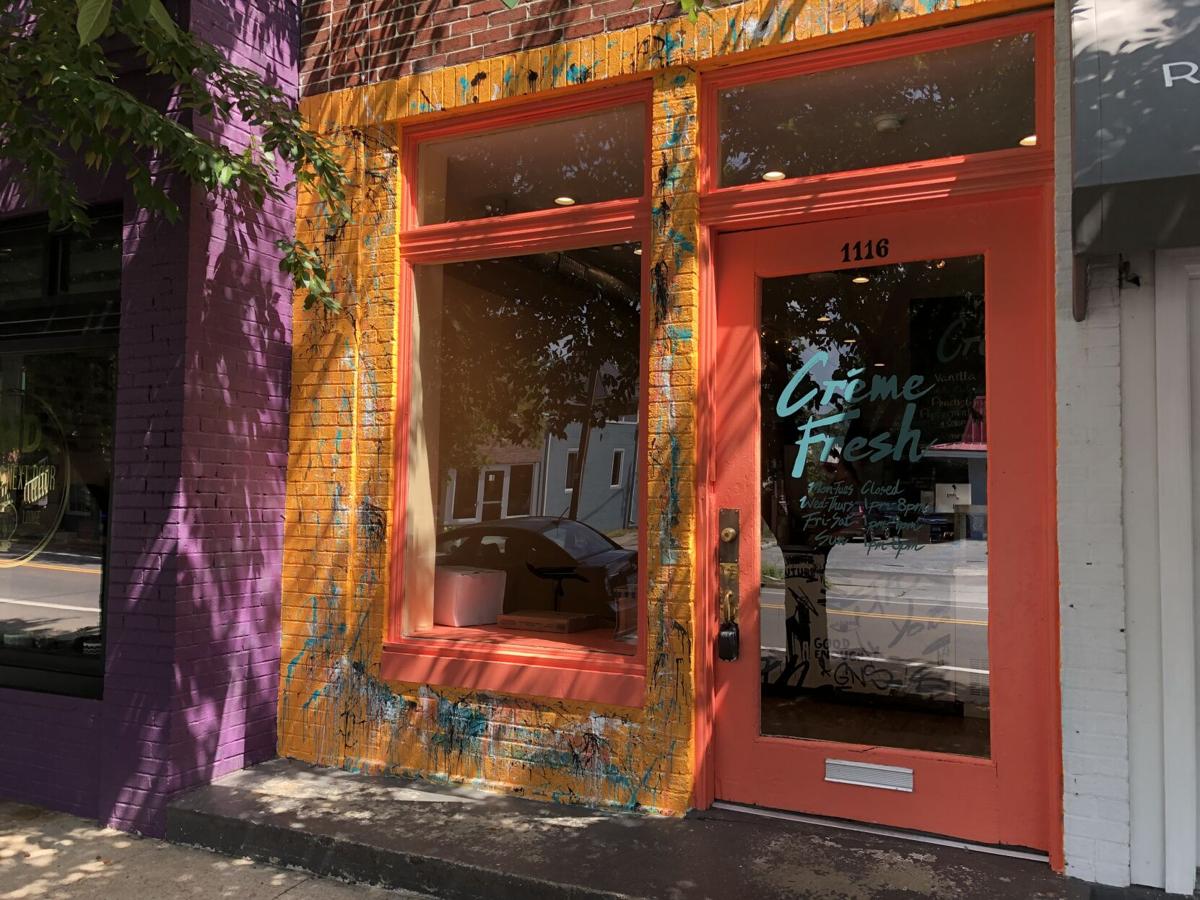 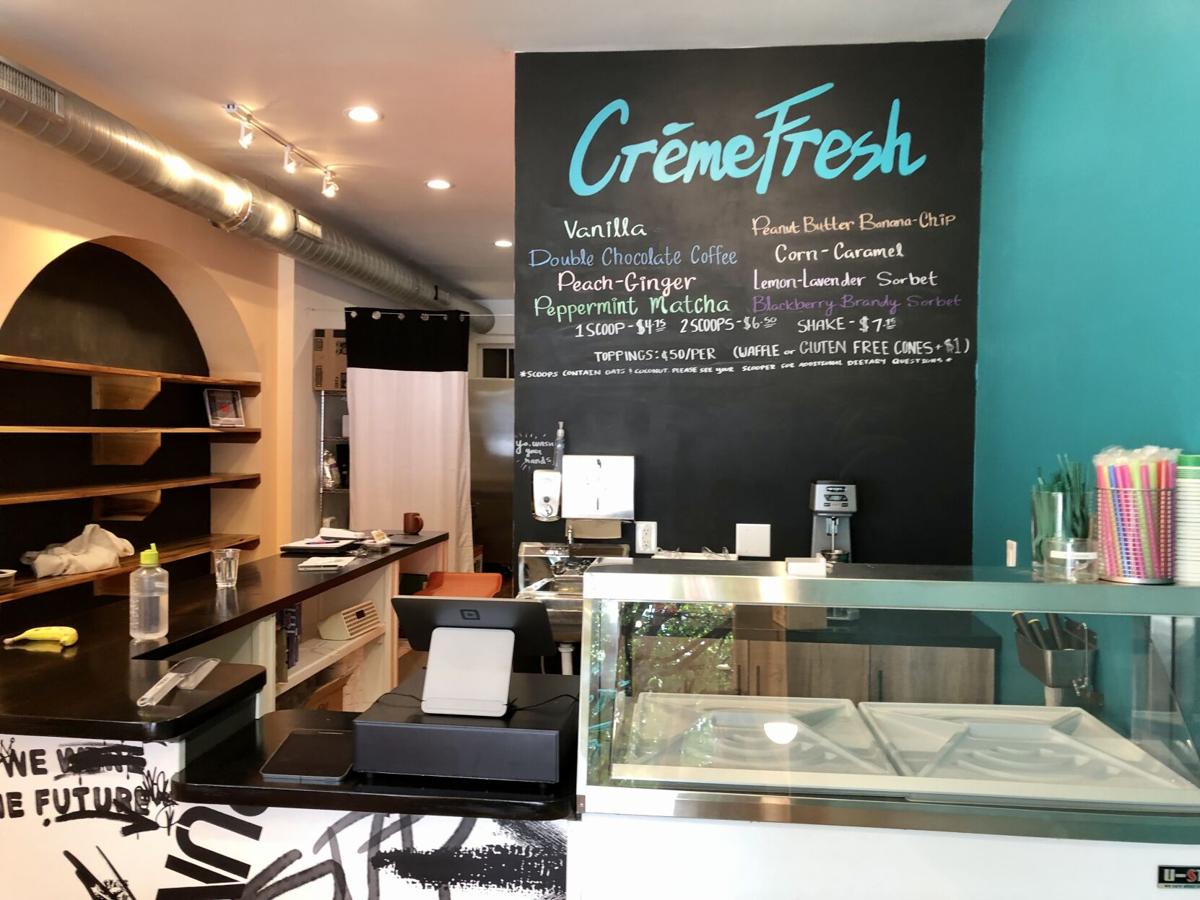 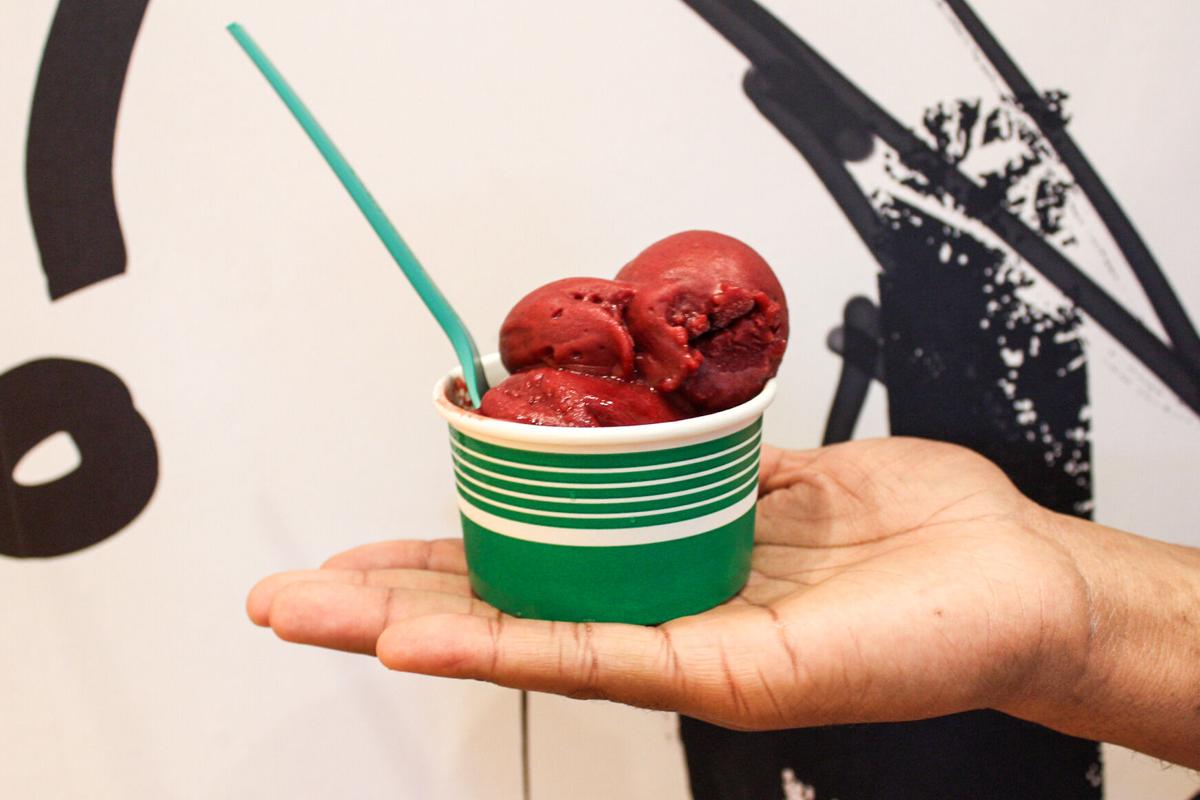 The owners of two Wasena businesses, RND Coffee and Bloom, came together to open Créme Fresh, which offers dairy-free ice cream, like this blackberry brandy sorbet.

Sloan said the partnership made sense for a number of reasons: Both were interested in the Main Street space that became available, a collaboration would encourage the two chefs to push each other creatively, and doing it together would ensure that neither was overextended.

A thriving neighborhood includes interesting businesses that bring foot traffic and activity, Randolph said; the two felt a plant-based scoop shop would bring more of that energy to Wasena.

They decided to focus on plant-based ice cream not only because it offered something different, Sloan said, but also because there’s an increasing demand for such options, driven by both consumer preference and dietary restrictions. At RND Coffee, Randolph said there are some days the shop sells more oat milk and almond milk lattes than those made with cow’s milk.

While some ice cream shops might offer one or two flavors for customers who maintain a dairy-free diet, Randolph said, everything at Créme Fresh will be accessible to them.

It feels different to walk into a shop and think, “OK, I can just look at the flavors and grab what I want without concern of, ‘Oh is this dairy free?’ or, ‘How do I have to modify this to make that work?’” Randolph said.

When developing flavors, Sloan said the two chefs wanted to strike a balance between approachable and exciting. Créme Fresh will offer traditional flavors such as vanilla and chocolate coffee, along with more innovative ones such as peppermint matcha and corn-caramel. A couple of sorbets will also be available.

Though Randolph and Sloan each had some experience making traditional ice cream, a plant-based shop offered a new challenge.

“This was definitely kind of a new boundary for us both, which is fun because it proves to be a great creative outlet and we can really push ourselves to new limits and new levels,” Sloan said.

Names and changes: Business recognitions and promotions for the week of Oct. 17, 2021

The owners of two Wasena businesses, RND Coffee and Bloom, came together to open Créme Fresh, which offers dairy-free ice cream, like this blackberry brandy sorbet.