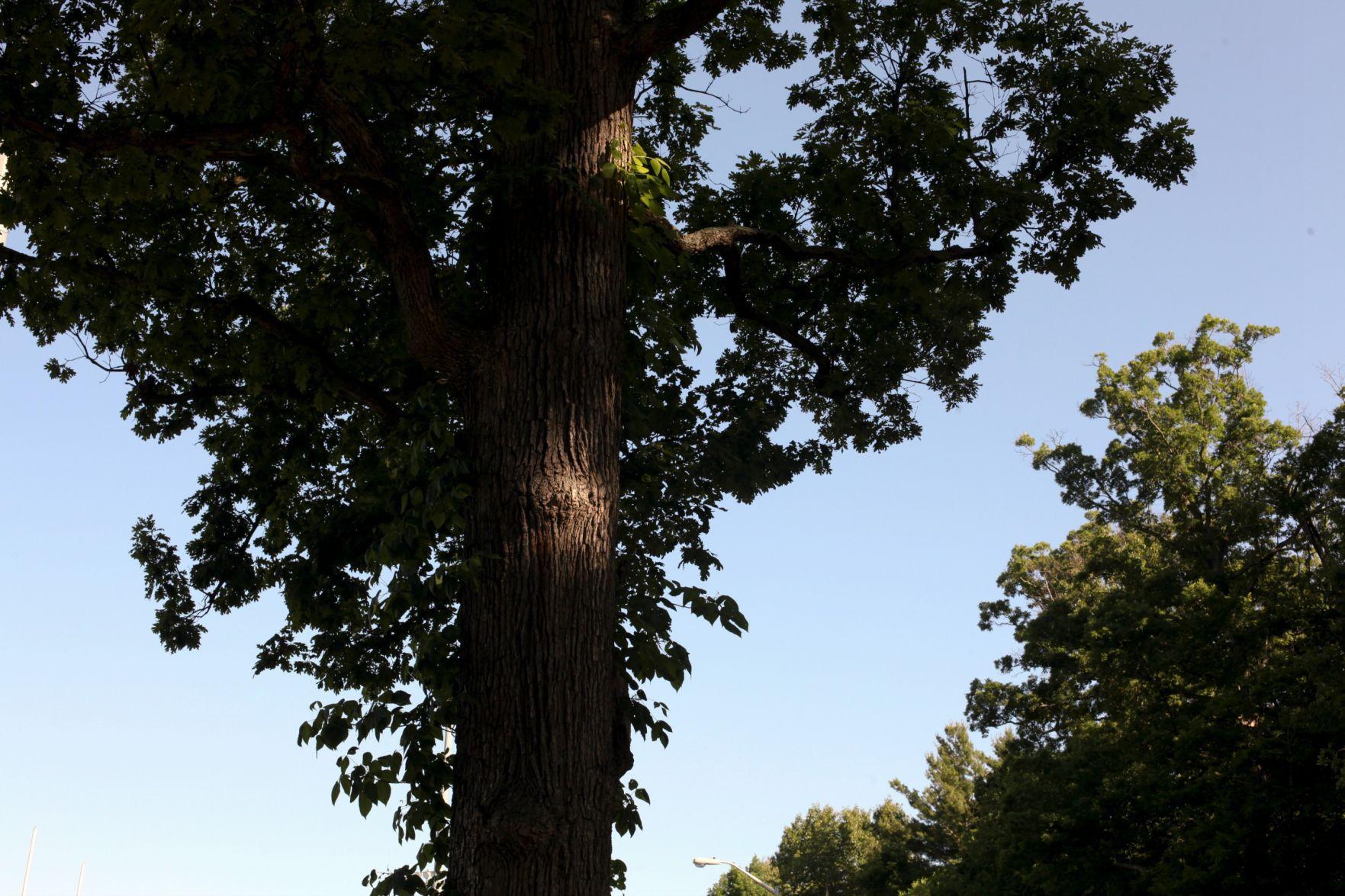 A white oak tree on the Virginia Tech campus in Blacksburg. 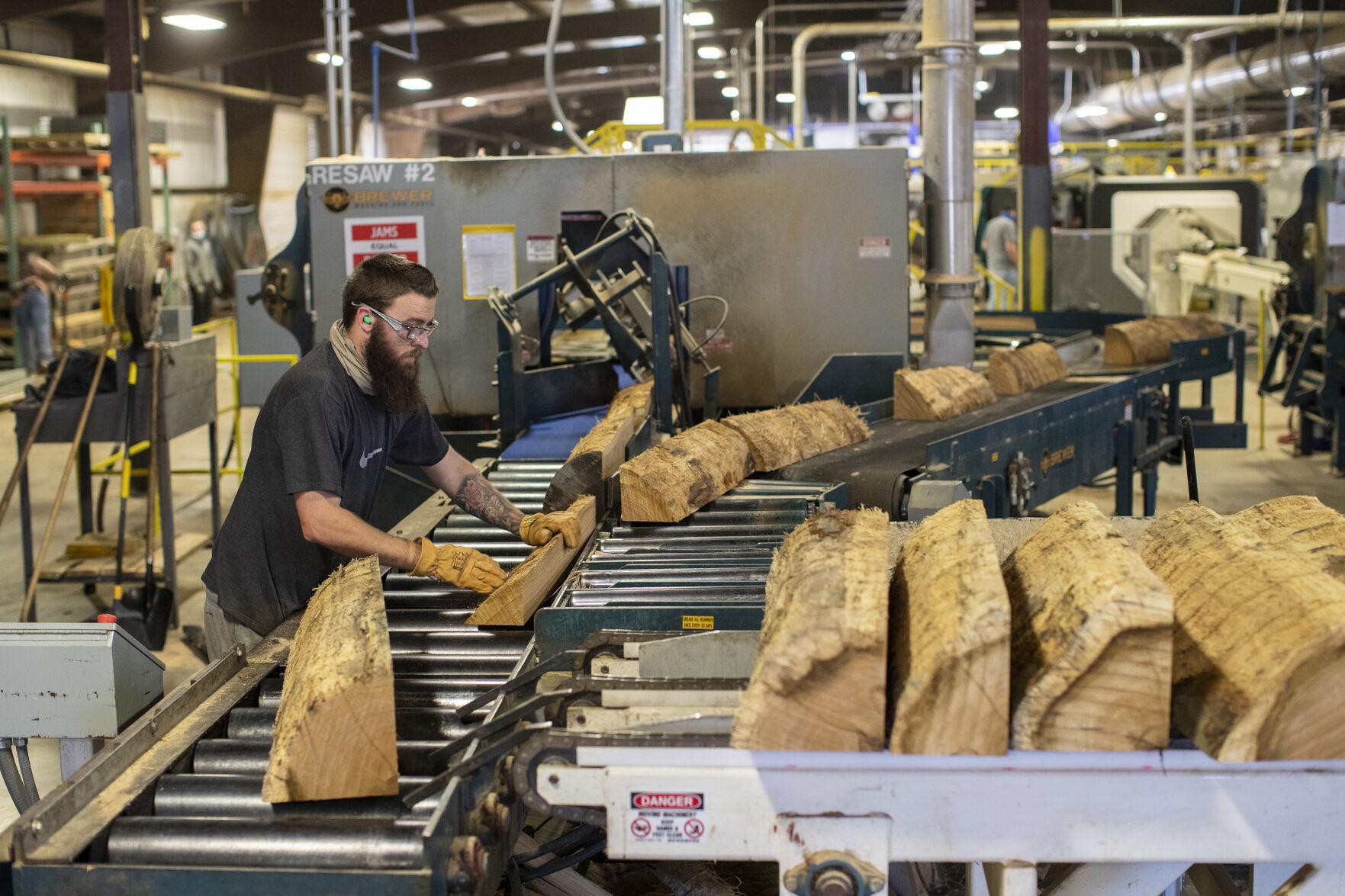 Workers take raw white oak logs and craft them into staves for 53-gallon bourbon barrels at Robinson Stave Mill and East Bernstadt Cooperage in East Bernstadt, Kentucky. The staves are dried in their yard for nine to 12 months before they are crafted into barrels.

White oak trees that play a key role in the ecosystem and economy of Mid-Atlantic regional states will see a significant decline soon without action to help the species regenerate.

That’s the takeaway from a recent report from an organization called the White Oak Initiative, which is aimed at bringing attention to the challenges facing the tree and recommending ways to counter the looming decline.

White oaks are a cornerstone species in forests of the eastern U.S., providing habitat and food for birds and animals and wood for wide range of products such as flooring and cabinets.

In Kentucky, that includes barrels for the signature bourbon industry. Bourbon has to be aged in new charred oak containers, which give it color and flavor. All told, white oaks play a role in billions of dollars of economic activity in the state annually.

The problem is that they are not regenerating at a sustainable level, according to the report. Researchers estimated that 60 percent of the mature white oaks acres surveyed had no seedlings present, and 87 percent had no saplings.

There are still plenty of high-quality white oaks in Kentucky and elsewhere, but there are relatively few younger trees coming on, raising a concern about a drop in the white oak population without changes in forest management, according to the initiative.

The white oak population will begin to decline significantly in the next 10 to 15 years without intervention, the report said.

Rob Farrell, Virginia’s state forester, is a member of the Southern Group of State Foresters (SGSF) and represents that group on the White Oak Initiative steering committee.

“The WOI is an alliance of stakeholders interested in the sustainability of the white oak resource. This includes consumers of white oak lumber like sawmills and barrel makers, as well as researchers, government agencies, landowners, wildlife habitat advocates and forestry practicioners,” Farrell said.

State forestry agencies like the Virginia Department of Forestry (VDOF) provide the “boots on the ground” for this effort through work with the individuals, families, and businesses that own the vast majority of the forestland where white oak grows, he added.

White oaks are the flagship species of our oak hickory forests because they are the dominant trees on a wide range of sites and are the longest lived species.

“White oaks are critical as a wildlife food source, providing acorns for larger animals as well as providing habitat for native insects that are the food source for songbirds. White oak lumber from Virginia is highly sought after in the US and oversees” Farrell said.

White oak is critical for the barrel cooperage industry which has expanded in Southwest Virginia with two new stave mills and a cooperage opened by Speyside Bourbon Cooperage, Inc.

“What’s at stake is we have a lot of industries that are white-oak dependent,” said Jeff Stringer, chair of the Department of Forestry and Natural Resources in the College of Agriculture, Food and Environment at the University of Kentucky. “If this trend continues there’ll start to be a shortage in the supply chain.”

Stringer helped found the White Oak Initiative, and UK and the American Forest Foundation developed the assessment and conservation plan released by the initiative.

The organization is trying to get the word out now about the potential decline because of the lead time needed to turn it around. It can take a white oak tree 60 to 80 years to grow to the minimum size for use in wood products.

White oaks are widespread, with a range of more than 104 million acres, but face decline for a number of reasons, according to the report.

One is changes in forest management, including fire suppression.

Historically, fires caused by lightning or set by indigenous people, and later by white settlers, for a variety of reasons — from clearing land to making iron — killed tree species that competed with oak and created conditions favorable for oak to grow.

Modern efforts to put out fires on woodlands have changed that, allowing tree species such as maple and beech to thrive and shade out oaks, according to the report.

Other factors in the decline in the number of younger white oaks include a lack of active forest management to remove competing species, decreased demand for products made from other tree species and selective logging of high-quality white oaks, according to the report.

There also are threats and potential threats to oaks from invasive pests and plants and stresses related to climate change, the report said.

The looming decline comes as demand for high-quality white oak trees by the bourbon industry and others has shot up. The number of high-quality trees being cut exceeds the number growing to replace them, Stringer said.

William Larkey has seen the fierce competition for good white-oak logs in his job as timber procurement manager for Robinson Stave in Laurel County, Ky.

The company turns white oak logs into staves 38 inches long, which are then used to make 53-gallon bourbon barrels at the adjoining Cumberland Cooperage.

“The demand is worldwide,” Larkey said.

The report recommends several approaches to boost regeneration of oaks, including logging, controlled fires to create better conditions and tree-planting.

The decline facing oaks can’t be solved only by planting trees because of the time they take to mature and because there isn’t enough land available, so it is necessary to practice better management for them on existing woodlands, Stringer said.

Stringer said the White Oak Initiative is giving policymakers information and developing education materials for landowners and loggers about methods to boost regeneration of white oaks.

It will be important to get landowners involved in the effort because 88 percent of the forested land in Kentucky is privately owned, said Bob Bauer, head of the Kentucky Forest Industries Association.

The Kentucky Division of Forestry is working with landowners on management plans that focus on growing high-quality white oaks and has developed demonstration sites, according to the report from the initiative.

Melissa Moeller, director of the White Oak Initiative, said participants believe actions to improve the conditions needed to give white oaks a boost will help the whole ecosystem.

The report paints a dire picture, Moeller said, but also shows there are opportunities to tackle the problem.

“There are definitely a lot of opportunities to improve regeneration in Kentucky,” she said.

“Virginia’s oak-hickory forests — like those across the eastern US —have a unique natural history and their ability to regenerate is being limited by multiple factors. The sustainability of this critical resource depends on thoughtful intervention now at the landscape scale.”

The Roanoke Times added information to this story.

Upcoming events for the week of Jan. 17 and beyond

The manufacturing facility would be located at the intersection of Fifth Street and Old Lynchburg Road in Albemarle County.

Three Notch'd, with headquarters and manufacturing plant just outside of downtown Charlottesville, has signed an agreement with Premium Distributors of Virginia to distribute its products across the state.

Names and changes: Business recognitions and promotions for the week of Jan. 2, 2022

How to make room for fun in your monthly budget

How to make room for fun in your monthly budget

A white oak tree on the Virginia Tech campus in Blacksburg.

Workers take raw white oak logs and craft them into staves for 53-gallon bourbon barrels at Robinson Stave Mill and East Bernstadt Cooperage in East Bernstadt, Kentucky. The staves are dried in their yard for nine to 12 months before they are crafted into barrels. 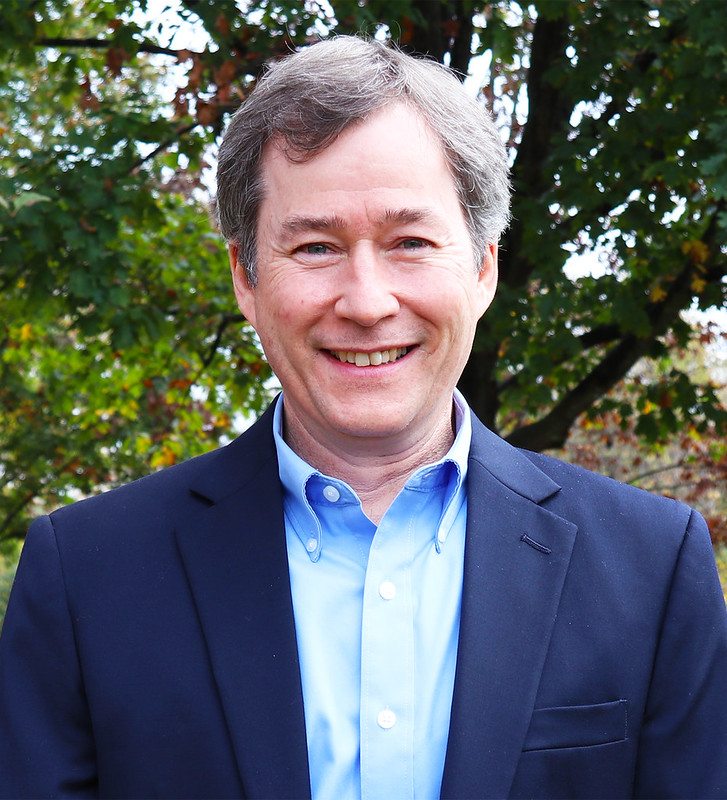