The longtime head of the Roanoke Regional Chamber of Commerce announced Wednesday that she plans to retire after 22 years with the advocacy group that represents over 700 businesses across the valley.

Joyce Waugh, president and CEO of the chamber, said her last day will be Dec. 31, which falls one month after what will be her 70th birthday.

The chamber’s board has tapped Eric Sichau, vice president of membership services for the agency, to take the helm as her successor.

Waugh said she was pleased to be leaving the organization with a strong team in place, and added the valley’s business community had a bright future ahead.

“I’m just grateful I had the opportunity to be part of an organization that has had a big impact on creating a strong business climate for our community that helps all boats rise,” she said.

She was working as the assistant director of economic development for Roanoke County in 2000 when she was hired by the chamber to serve as its vice president of public policy and strategic issues. She rose to become its president in 2008.

The work, she said, has been challenging and ever-evolving but also fulfilling. “There are so many components and parts to it,” she said. “It’s almost like a puzzle. I love that.”

The complexity of the mission is reflected in the wide variety of initiatives the chamber has tackled. Its projects have ranged from spotlighting new businesses to fostering workforce development programs in schools to lobbying state leaders on policy and infrastructure priorities.

The organization, as a whole, has a history drawing back more than 130 years. It was founded in 1889 by business owners who banded together to work with city leaders to find a way to build a better network to replace what was then a muddy tangle of dirt roads.

“It’s been a theme ⁠— what can we do to make our region better?” Waugh said.

That spirit of problem-solving and partnerships continues in the valley to this day, she added. In tough times, people have dug down to find new ways to get around obstacles.

“I think we are exceptionally strong, and our outlook is very positive,” Waugh said, pointing to the adaptability demonstrated by the area’s small businesses over the past two years and the region’s growing hub of medical and higher education innovation.

“I think that is one of the hallmarks of the Roanoke Valley. We figure out a way to keep moving forward.”

Over her tenure, Waugh has served on the boards of several other local groups, including the Roanoke Regional Partnership, Visit Virginia’s Blue Ridge and Downtown Roanoke Inc. She was recognized as chamber executive of the year in 2012 by the Virginia Association of Chamber of Commerce Executives, and became the first woman in the valley to earn the designation of certified economic developer from the International Economic Development Council.

Local chamber leaders said she brought a steady hand to an era that was hit with the historic challenges of the Great Recession and the pandemic.

“On behalf of the Board of Directors, we thank Joyce for not only her dedication to western Virginia’s largest and oldest business advocacy organization; but to her vision and leadership that has provided a strong foundation for continued success,” said Greg Brock, board chair, in an announcement of Waugh’s retirement plans.

“As much as we’ll miss her, we’re excited for her as she begins her next, well-earned adventure,” he said.

Waugh said she was looking forward to traveling and spending more time with family in retirement. She might consider taking on new work ⁠— “I’m not an idle soul,” she said ⁠— but anticipated it would be part-time.

She had been weighing the prospect of retirement for some time, which allowed the chamber to develop a succession plan that culminated in Sichau being named as its next president.

Waugh described Sichau as a talented and dedicated person who understands well the chamber’s role in the intricacies of supporting local businesses.

“I’m just thrilled,” she said of the decision, adding of the chamber’s staff as a whole, “This team works extremely well together, and we have exceptionally good partners in the community.”

Working alongside those groups, she added, had been an honor and a privilege.

In Susan Huff’s kitchen, soup is more than just a meal.

Beer is living proof that God loves us and wants us to be happy — a quote often attributed to the sociable soul of Benjamin Franklin.

Cool, aquamarine walls and images of nightlife framed by palm trees greet diners at the newly renovated home of a Roanoke restaurant serving u…

Olde Salem Brewing Co. is raising a glass after debuting its new taproom in downtown Roanoke.

No limit for start-ups

Minority entrepreneurs striving to build successful businesses for themselves and their families in Roanoke.

This week, we're capping off the column with a roundup of quick-hit updates from businesses around the region:

Tourism trends: From Roanoke and Lynchburg to Southside, a rebounding sector

With casino, Danville officials wager on more use of outdoor amenities

With the upcoming Caesars Virginia casino expected to draw up to 2 million visitors per year, Danville officials anticipate increased use of the city's outdoor recreation amenities.

Monkeypox: What we know about the virus as the WHO considers if the outbreak is an 'emergency'

Monkeypox: What we know about the virus as the WHO considers if the outbreak is an 'emergency'

When you should use credit over cash

When you should use credit over cash

FED CEO Barkin: "Not All Recessions Are Equal"

FED CEO Barkin: "Not All Recessions Are Equal" 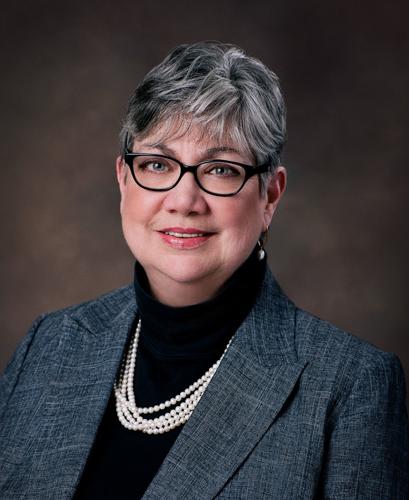 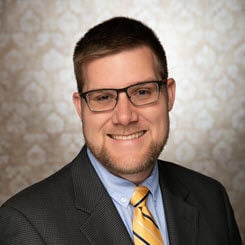