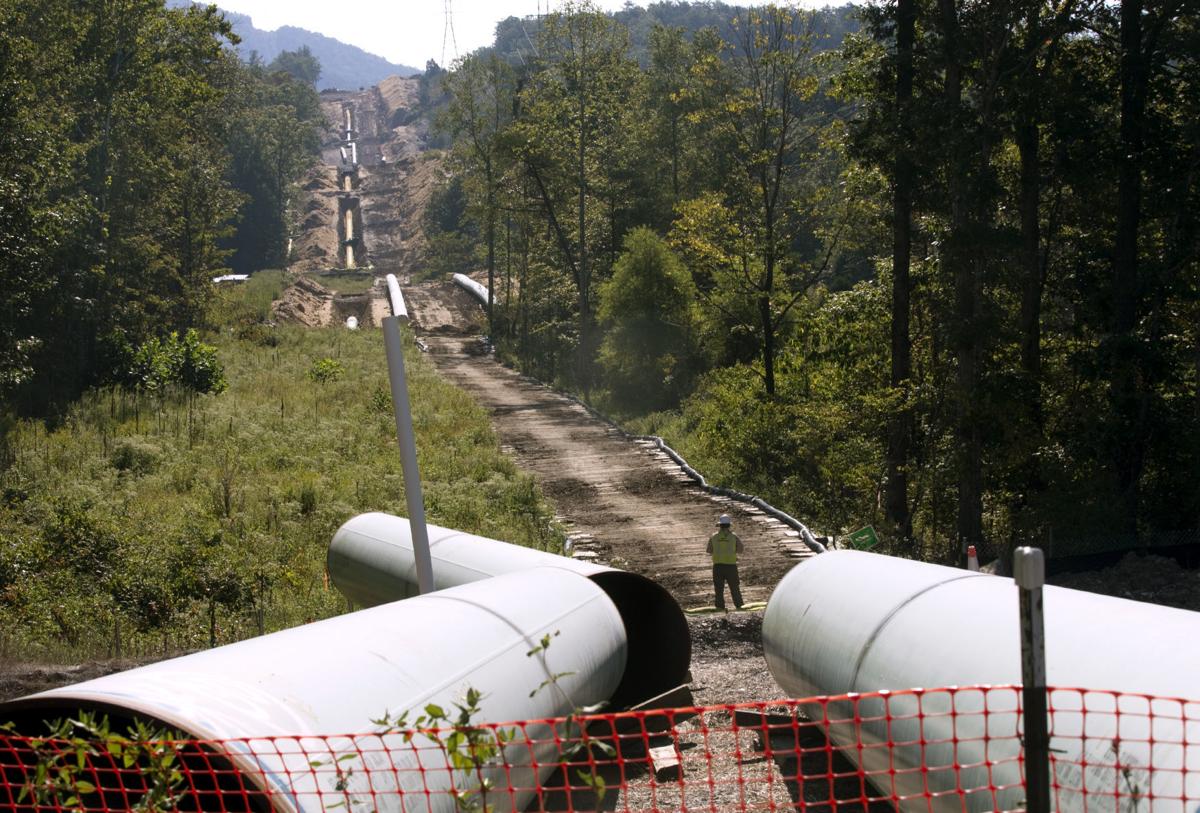 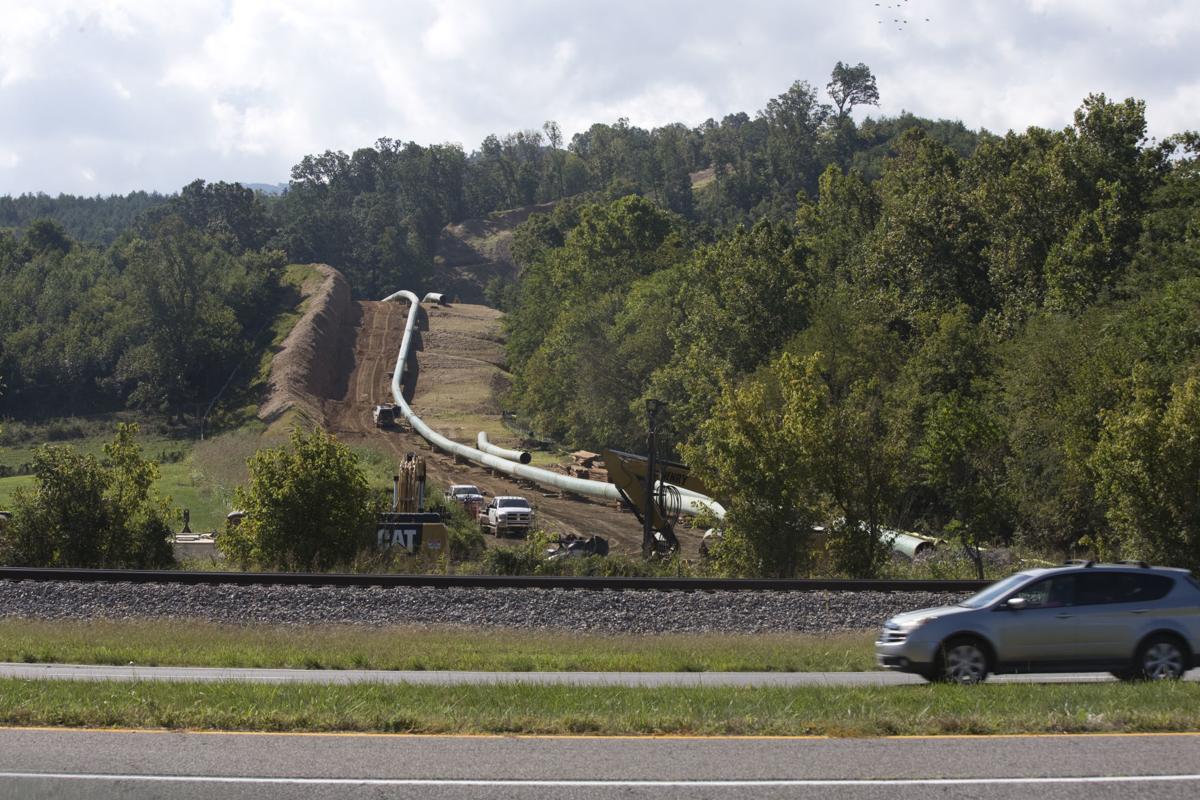 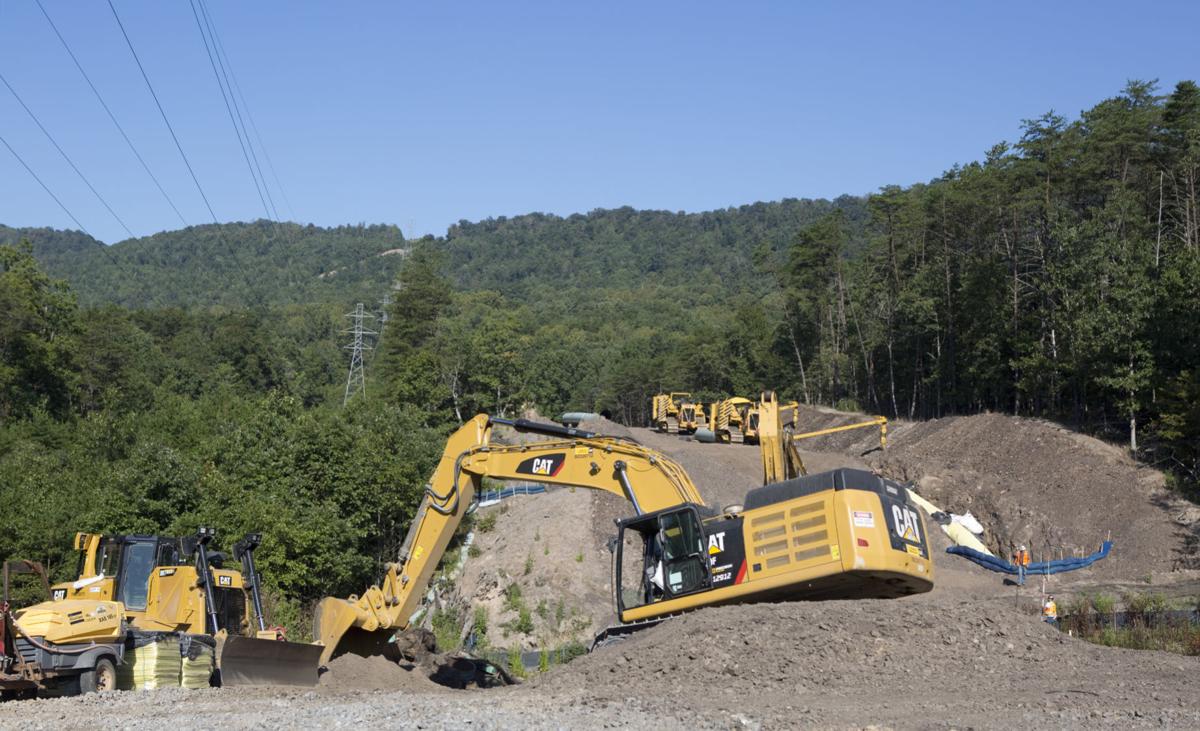 One day after the surprise announcement that plans for the Atlantic Coast Pipeline had been dropped, an attorney for the Sierra Club was asked about the fate of a similar natural gas pipeline being built through Southwest Virginia.

Just a few hours later, that climb did not appear as steep.

The U.S. Supreme Court issued a stay late Monday of a Montana judge’s decision to ban a fast-track permitting process that allows pipelines to cross water bodies. Mountain Valley needs such a permit — among others — if it is to complete construction of a 303-mile pipeline that has been repeatedly delayed by court challenges.

“This SCOTUS order removes a critical barrier for MVP,” Height Capital Markets, an investment banking firm that has followed the project, wrote in an analysis Tuesday.

The lower court decision to ban the U.S. Army Corps of Engineers from using the permitting process, pending a legal review of claims that it fails to adequately protect endangered species, was cited by Dominion Energy and Duke Energy as a key reason for abandoning Atlantic Coast.

Judge Brian Morris’ temporary suspension, which was upheld by the 9th U.S. Circuit Court of Appeals before the U.S. Justice Department appealed to the nation’s highest court, posed “new and serious challenges” for the pipeline, the companies wrote in a news release Sunday.

But the Supreme Court’s stay, Mountain Valley opponents contend, doesn’t mean that the pipeline will not meet the same fate as Atlantic Coast.

“This pipeline is still not a viable project,” said Bill Wolf of Preserve Craig, which has joined legal challenges of permits awarded to Mountain Valley. “This decision is fairly minor in the bigger picture of MVP’s obstacles.”

Even if it regains a stream-crossing permit that was struck down for different environmental reasons in 2018, Mountain Valley still lacks approval from the U.S. Forest Service to pass through the Jefferson National Forest and the U.S. Fish and Wildlife Service to protect endangered species.

There is also the question of whether the Army Corps will restart its so-called Nationwide Permit 12 process, given that the legal dispute that began in Montana is still pending. An Army Corps spokesman referred questions to the Justice Department, which declined to comment.

More litigation is likely if a new permit is issued for Mountain Valley to burrow under nearly 1,000 streams, rivers and wetlands on its way from northern West Virginia to Pittsylvania County.

Benson said the Sierra Club, which has filed a number of legal challenges in the past, will review any new approvals that may be granted.

“The day they issue a permit will be the day we are back in court,” Wolf said.

A spokeswoman for Mountain Valley said that while the original ruling suspended the Nationwide Permit 12 process in its entirety, the Supreme Court narrowed that to apply only to Keystone XL, the pipeline at the heart of the Montana case.

The joint venture of five energy companies expects the Army Corps to begin reissuing permits “in the coming days,” Natalie Cox wrote in an email, “after which time the MVP project team expects to receive a new or reissued NWP 12 for the project.”

Had the stay not been granted Monday, it could have been months or even years before the matter was resolved.

“We’ve seen judicial activism attempt to rewrite the intent of federal regulations and usurp the legal authority of the Army Corps of Engineers, so we are pleased to see some common sense coming from the Supreme Court,” the group said in a statement.

Nonetheless, the ruling did little to curb the jubilation of pipeline opponents, who saw the demise of Atlantic Coast as evidence that the same thing could happen again.

“It absolutely was a huge morale booster,” said Russell Chisholm, co-chair of the Preserve our Water, Heritage, Rights coalition.

“The job is only half finished,” Maury Johnson of the coalition said. “Today we enjoy this victory, but tomorrow we must double down on our efforts, pull together and send MVP and MVP Southgate to the scrap heap of bad ideas with the ACP.”

Southgate is an extension of the pipeline into North Carolina. The Federal Energy Regulatory Commission approved the project last month but said construction could not begin until the main pipeline regained its permits.

Mountain Valley says it expects to do that in time to complete the project early next year, at a cost of up to $5.7 billion.

But if there are more lawsuits and delays, time could be a factor.

Bloomberg News Service reported this week that two of the pipeline’s shippers, or customers, amended a 2016 contract to allow them to pull out of the deal if Mountain Valley is not in service by the end of 2021.

Asked about the article, Cox wrote that “we are unaware of the source of reporting to which you are referencing and cannot provide speculative comment.”

The company does not give details of its shipper agreements. But last month, Cox said none of the shippers had withdrawn from the pipeline, which they were allowed to do if it was not completed by June 1.

Critics point to widespread erosion control problems — which have washed harmful sediment onto adjacent property and into streams and rivers — as evidence that the 42-inch diameter pipe should never have been allowed to traverse steep mountain sides and climb ridges.

They also argue that there is no public need for the natural gas, gathered from the Marcellus and Utica shale formations, which will be pumped at high pressure through the buried pipeline.

Fossil fuels should be replaced with renewable energy such as wind and solar, they say. Earlier this year, the General Assembly passed the Clean Economy Act, which requires that transition to be made by 2050.

“I think that policy change in Virginia is a huge part of this story,” said Greg Buppert, senior attorney with Southern Environmental Law Center.

“It enabled the General Assembly to pass landmark legislation that makes it crystal clear that this pipeline was not needed.”

Construction of the Mountain Valley Pipeline, should it continue, is not likely to jeopardize five endangered or threatened species of fish, bats and plants, a long-awaited federal authorization has concluded.

Worried that construction could resume shortly, opponents are asking a federal court to intervene.

More than two years into the arduous task of building a natural gas pipeline through West Virginia and Virginia, Mountain Valley Pipeline has …

Despite another setback, corporate customers stick with Mountain Valley Pipeline

Once again, developers of the Mountain Valley Pipeline say it will take longer and cost more to finish a natural gas pipeline that has long in…