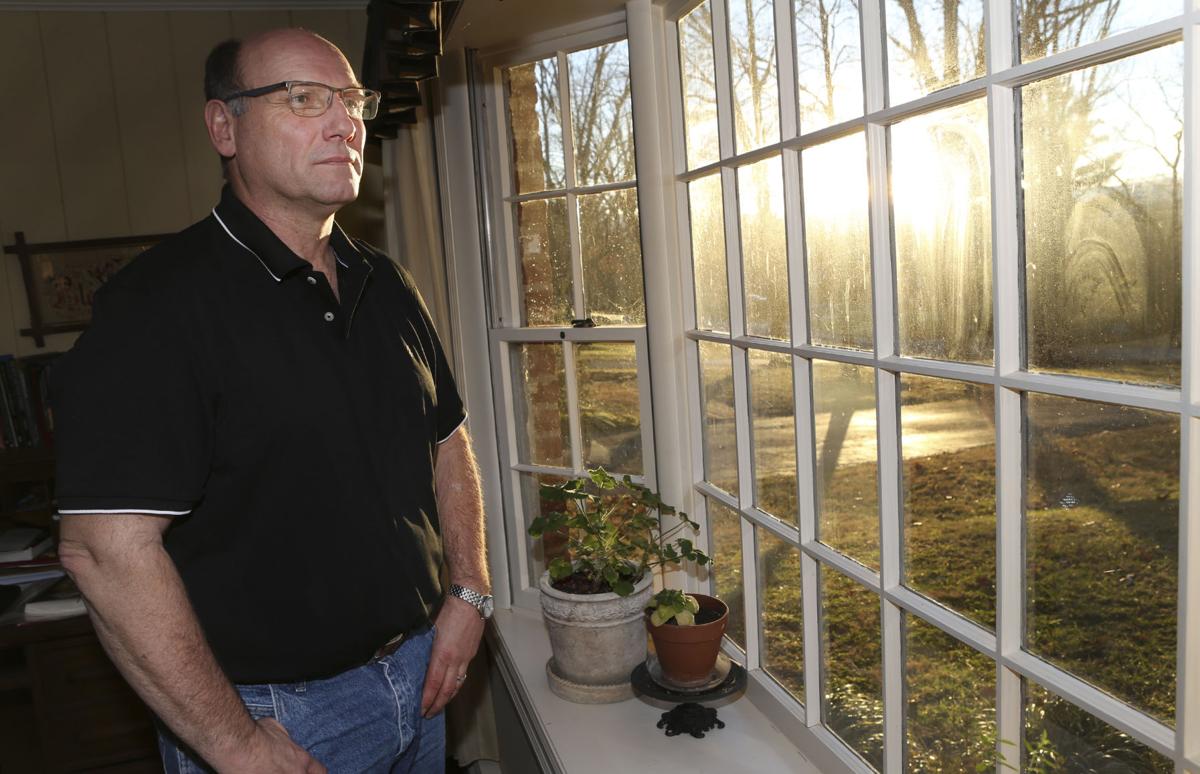 After nearly 40 years in the railroad business, Chuck Akers retired from Amtrak after several experts agreed he was experiencing post-traumatic stress disorder. Akers grew up in a railroading family and knew from a young age that he wanted to work with trains. A crash involving a big-rig truck that was parked across the tracks was the breaking point for Akers. 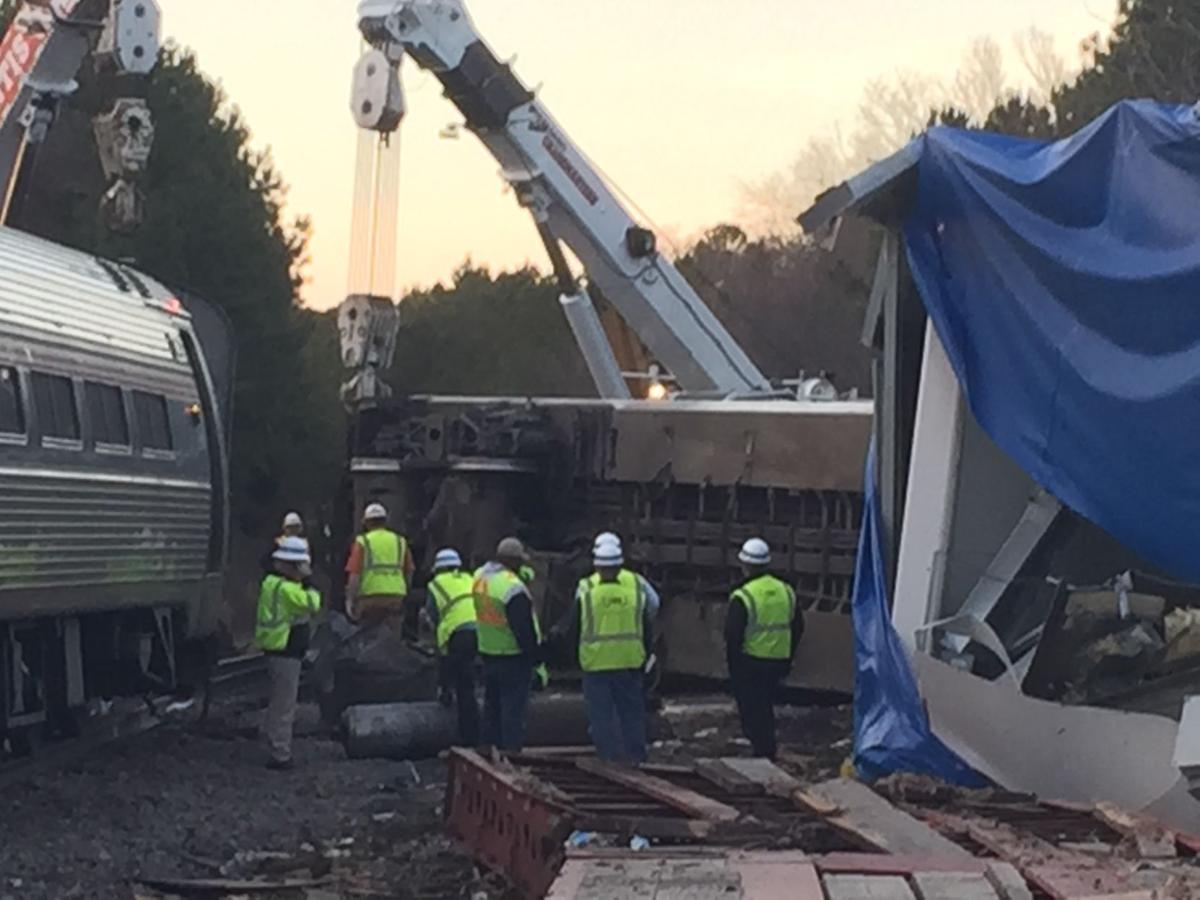 Everyone survived the crash in Halifax, North Carolina, including the more than 200 passengers who were on board the derailed Amtrak train. 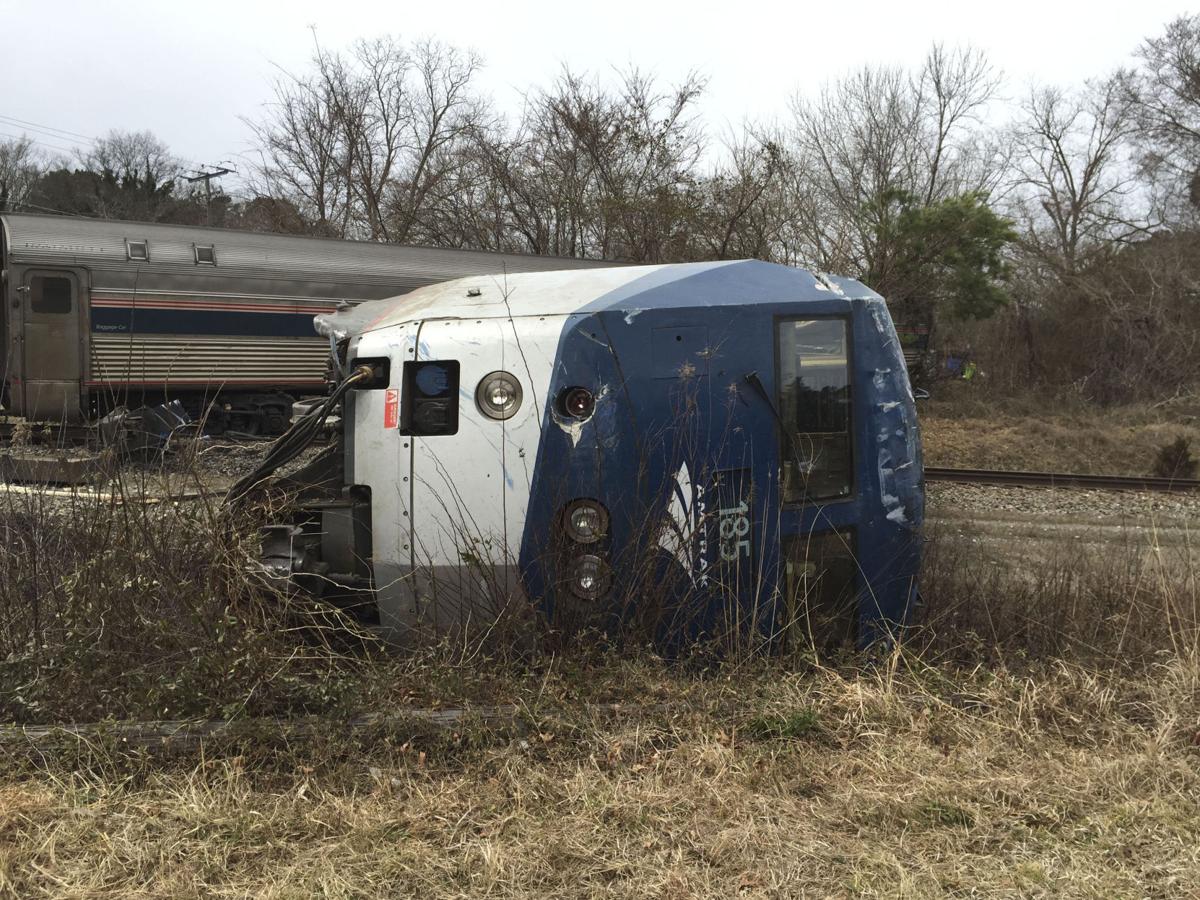 Rescuers freed Chuck Akers through a broken window of the locomotive. The Federal Railroad Administration faulted a truck driver for “highway user misjudgment” in the crash.

Chuck Akers of Roanoke didn’t retire from being a locomotive engineer because of the man who committed suicide before his eyes and whose remains were washed by firefighters from the front of his train.

It wasn’t specifically over the bicyclist he hit or the woman in the older white van he killed, either. Or the person standing beside the track mowed down one day.

Or about the run-ins with a cement truck, dump truck, front-end loader, motorcycles or various passenger vehicles whose drivers failed to yield to the train on the tracks and lived.

It was the shock of all those incidents combined, followed by a bruising derailment, that drove Akers to the sidelines of the profession he loved. To step down from the cab after nearly 40 years was hard but necessary for peace of mind, he said.

“It’s the fear of hitting the next big thing that you won’t survive through,” said Akers, 58. “What do I hit next, a gas truck, wipe me out? I got people to consider.”

A million-plus miles traveled, a lifelong personal and family connection to railroading, a house full of photographs and memorabilia. Akers had a lot invested in the movement of freight and people. He had been on course to achieve a high point of his career: running the new Amtrak train to Roanoke later this year.

Then a large truck blocked the track ahead of him on March 9, 2015.

Emergency brakes on, Akers hit the floor. The Amtrak Carolinian T-boned a 162-foot “superload” carrying a modular building. Sixty-five Amtrak passengers and several crew went to the hospital. All but one person was treated and released. No one died.

Rescuers approached Akers’ blue locomotive, lying on its side, and freed him through a broken-out window. “I’m done,” he recalled telling himself at the scene.

A psychologist he had seen for several years, a psychopharmacologist to whom he was referred and a railroad retirement board-appointed psychiatrist agreed he needed to retire because of post-traumatic stress disorder.

PTSD occurs when a person exposed to a traumatic event or events continues to feel stress and fear even when they aren’t in danger. Before the Halifax crash, with 12 crashes on his record — none involving a violation on his part or a derailment — the anxiety had been real but not overpowering.

“I just kind of sucked it up and went on, but it’s that fear of the unknown,” Akers said.

At its worst, the condition brought on nightmares and flashbacks. In one incident, he tripped on a rock in his yard and “when I fell down I was back in that locomotive and we were wrecking,” he said. “You think about it every day.”

John Tolman, vice president of the Brotherhood of Locomotive Engineers and Trainmen, said locomotive engineers experience an average of three fatal crashes every 25 years of service. PTSD from exposure to multiple crashes is a recognized occupational hazard and has cost other train personnel the remainder of their careers, according to Tolman.

Regulators said there were 2,291 highway-rail grade crossing collisions in the United States in 2015.

“I’m sure he’s relieved to be away from that pressure,” said a friend and former co-worker, David Booth of Roanoke. “What I’ve seen of him, he appears OK to me. What his battles are inwardly I don’t know.”

The split with Amtrak didn’t involve the usual retirement kudos for veterans, which is a source of angst for Akers, according to his wife, Lisa Stoneman, an assistant professor of education at Roanoke College.

“I hate that for him,” she said. “There’s no big picture of him in his engine coming in.”

Some colleagues wince when they think about it.

“His last act as a locomotive engineer was riding out a locomotive that turned over on its side … because somebody didn’t have common sense,” said Chuck Jensen, a lifelong friend and fellow railroad worker. In any collision at a public crossing, “the driver decides to pull out in front of the train. The train doesn’t decide to pull out in front of the driver,” he said.

Regulators at the National Highway Traffic Safety Administration make a similar point in a video depiction of a train hitting a car and pushing it on along the tracks in a shower of sparks. “If you think trains will stop if they see a car on the tracks,” the narrator says, “you’re right. They will. About a mile after they hit you.”

Amtrak said it does not comment on employee matters.

Though he recovered from extensive bruising to his torso, Akers said he abandoned a dream: to bid for the engineer’s assignment on Amtrak’s soon-to-launch Roanoke passenger service. He said he couldn’t say for sure he would have gotten it, but his seniority likely would have been sufficiently high. The idea was to cap a career he had begun at the Norfolk & Western offices, once also located downtown, where he was hired on in 1976, three weeks after high school graduation.

Akers grew up in Elliston 350 feet from tracks owned by Norfolk Southern, then Norfolk & Western.

“Every time I heard a train coming, if I was in the house, I’d come running out the back door to watch it go by,” he said. “I come from a long history of railroad people. It’s all I ever wanted to do. It was either that or construction, but the railroad won out just simply because it was right out the back door.”

He shares a middle name with his late father, Gordon Lacy Akers, a railroad fireman and sheet metal worker, and his late great-uncle, James Lacy Akers, the Norfolk & Western station agent who appears in “The Pelican At Rural Retreat, 1957,” a photograph by O. Winston Link. Akers’ late grandfather, Charles Emory Akers, was a conductor for 50 years.

Akers spent nearly 21 years in freight railroading and the rest at Amtrak. As the miles added up, so did the collisions. He said people might assume that if no one dies in a collision, the engineer is spared any trauma, but that’s incorrect.

He’s had rescuers come up to him and say, “ ‘It’s OK, they lived’ or ‘There was nobody in it.’ I say, it didn’t make any difference to me. … I still had the experience of somebody maybe dying three foot from me.”

A metal cowling wrapping around the front console of the train is about all that separates the locomotive engineer’s seat from impacted objects, he said.

The Halifax crash caused an estimated $2 million in damage to the locomotive and other Amtrak equipment. Lawsuits were filed and confidential settlements were signed.

Akers said the oversized load’s route, which had been approved by North Carolina officials, was supposed to have been tested in advance, but nobody mentioned the shipment to him even though Amtrak ran a train through the area daily.

Federal regulators said eyewitnesses told them that the truck driver blocked the crossing while making three tries to complete a left turn at a nearby intersection. None of his three escorts, which included a North Carolina state trooper, dialed CSX at an 800 number posted on a blue sign at the crossing to report problems, according to a report issued by the Federal Railroad Administration on Jan. 6. Witness estimates for how long the crossing was blocked ranged from four minutes to 20 minutes.

When Akers rounded a curve in the northbound track, the crossing could have been visible about 1,000 feet away, according to the report. To have been able to stop the train before the crash, Akers said, he would have needed at least half a mile, or 2,600 feet, or about 30 seconds’ warning that the crossing was blocked.

Investigators credited Akers with slowing the train from 70 mph to 32 mph before the impact at 12:19 p.m. Akers said he had been going 79, cut his speed to 68 in the curve and was going 40 on impact. The speed limit for the crossing was 70 mph.

In naming a cause for the crash, the Federal Railroad Administration faulted the truck driver for “highway user misjudgment.” In assessing Akers’ conduct, the report found “no train handling issues or exceptions.” In addition, the train — whose brakes passed inspection that morning — and the crossing equipment were working normally, the report said.

Akers posted a photo of his crashed locomotive on his Facebook page the day after the investigative report was made public.

Akers isn’t quoted in the official report but said he was interviewed at length. All he saw, he told interviewers, was a blue rectangular object — the payload on the flatbed truck — across the track ahead, he said.

About five seconds elapsed before impact.

“It was total, sheer terror,” he said. “You can do nothing to me the rest of my life, nothing, that will give me that much terror as I had that day.”

The impact of a crash

Railroad engineer Chuck Akers stepped down from his cab amid the psychological toll of crashes he could not prevent.

After nearly 40 years in the railroad business, Chuck Akers retired from Amtrak after several experts agreed he was experiencing post-traumatic stress disorder. Akers grew up in a railroading family and knew from a young age that he wanted to work with trains. A crash involving a big-rig truck that was parked across the tracks was the breaking point for Akers.

Everyone survived the crash in Halifax, North Carolina, including the more than 200 passengers who were on board the derailed Amtrak train.

Rescuers freed Chuck Akers through a broken window of the locomotive. The Federal Railroad Administration faulted a truck driver for “highway user misjudgment” in the crash.