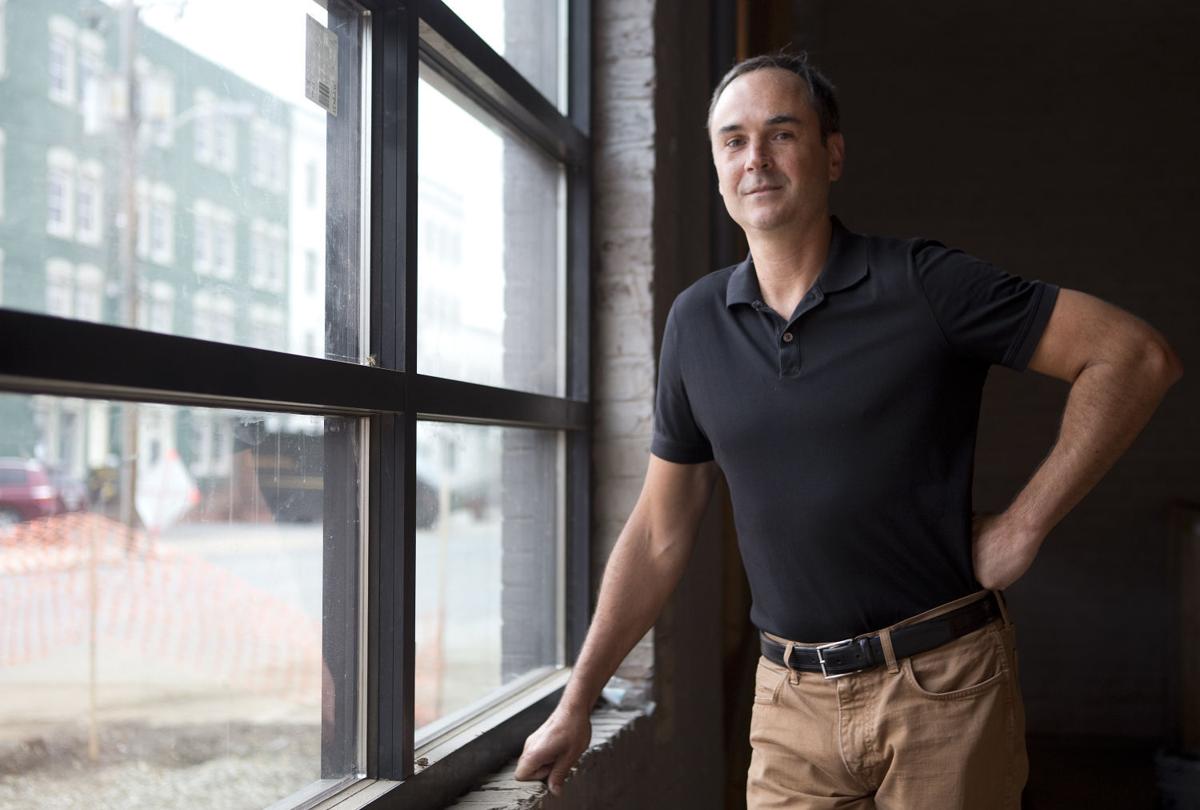 Richmond-based developer Bill Chapman stands in his newest Roanoke revitalization project, 416 Micro Farms, a Salem Avenue project that will include apartments and a restaurant when it opens later this year. 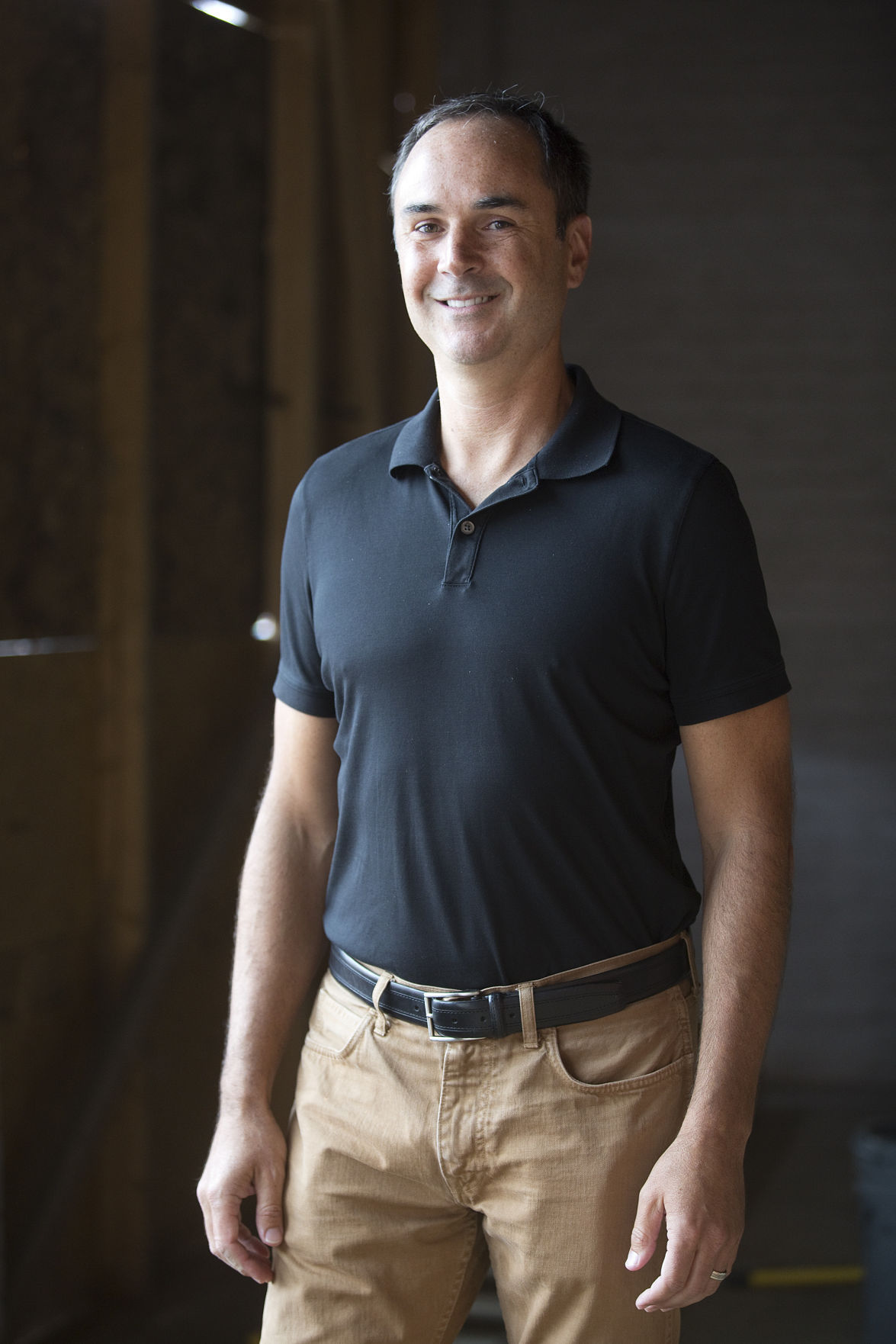 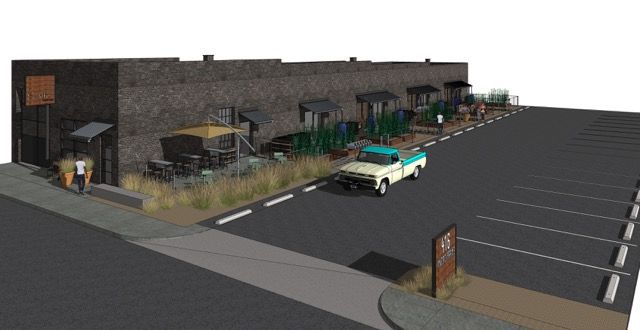 An artist’s rendering of 416 Micro Farms, which is under construction on Salem Avenue in Roanoke. 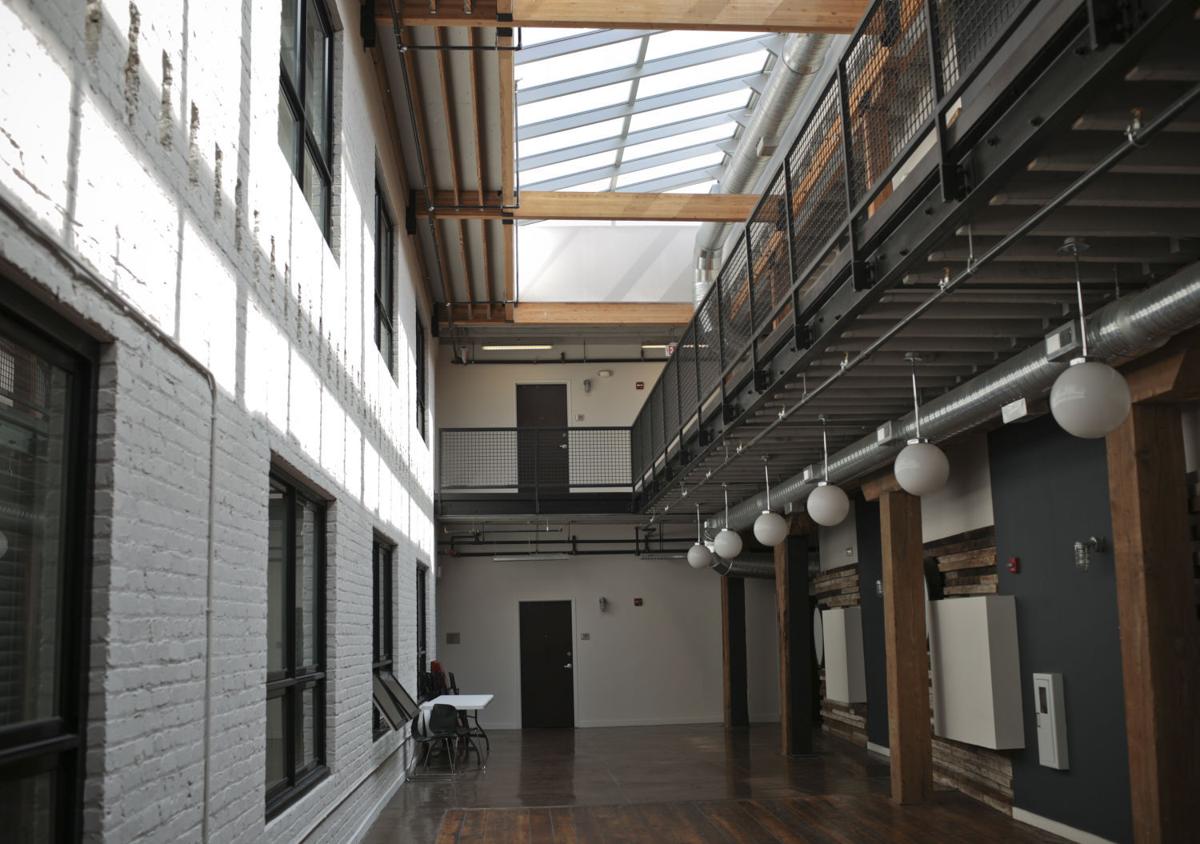 A communal space in Lofts at West Station in downtown Roanoke.

Bill Chapman, 45, is a Richmond-based developer who has made his mark using historic tax credits to transform historic but vacant properties into modern living spaces. While the married father of two lives in Richmond, he has been behind some of downtown Roanoke’s best-known property revitalization projects in the past 10 years.

He is the developer behind Fulton Motor Lofts, the Lofts at West Station and Parkway 301 properties, which are also now home to restaurants such as Beamers 25 and Fortunato. He is in the middle of renovating the aging warehouse at 416 Salem Ave. into the 416 MicroFarms apartment complex, with an adjoining Mexican restaurant and tequila bar. After that is completed, he will finish the second phase of the Lofts at West Station in the old Habitat for Humanity building across the street.

He said more than $25 million has already been invested in creating these properties with an estimated $9 million more in the works. The results have created more than 180 apartments and condos downtown, with plans for about 80 more.

What led you to come to Roanoke?

We were brought here back in 2005 by a group that wanted to bring some Richmond developers into Roanoke to just sort of see what was happening in the city. I was really impressed with what I saw. [The Salem Avenue] area in particular was not in a historic district but was in the process of becoming one. That’s what made all of this work possible — just becoming eligible for historic tax credits. As I learned more about Roanoke I continued to like and like and like what I was seeing. And I said if something eventually comes available here, I would like to know about it. A local agent called me when these buildings were about to hit the market and I snapped them up. We bought three buildings in 2006 and did the Fulton Motor Lofts first.

What do you look for in a property to redevelop?

Warehouse properties in particular are of great interest to me for a number of reasons. They have great open floor plans, so they give a lot of flexibility in terms of how to lay out space. [With] older office buildings or older retail buildings, the rules of the historic tax credits are more rigid. So while floor plans may look great for an office setting they may not look good for a residential or a restaurant or something like that. ... I also like the contrast between these old larger brick structures, that is somewhat simple in nature — that raw structure of the wood beam and columns and concrete structure — and contrast that with contemporary new architecture.

What influences you when you do these buildings?

Our company is best known for design in particular, and sustainability. So those sort of drive everything that I do. I have a background in restaurants so each of my properties are what I call high-concept. ... They each tell their own story. Creating one-of-a-kinds is what drives me most. Being able to take on different buildings, to move from one to the other, to be able to tell a different story. That’s what drives me.

What the relationship between you and the contractors and architects?

How is your experience working with the people in Roanoke?

Fantastic. I’m not just saying that.

You work in Richmond, too. What’s the difference?

Light years different here. The level of customer service here is uncanny for a local government. It’s a group that is very focused on working with the business community. And [it] is diligent and efficient and all the things you typically don’t hear associated with government. So it’s pretty unbelievable. … I met a developer at an awards banquet in Richmond. He just finished his first project in Roanoke and the first thing he said to me was, “Can you believe how great it is working in Roanoke?” It’s like being on a different planet compared to Richmond.

Do you plan to buy more buildings here to develop?

You know, when we first got involved in doing apartments the goal was to get to about 250 units and to really start to build this neighborhood. The Salem Avenue historic district goes from basically Second Street to Sixth Street. And this was the best concentration of high-quality warehouses.

It does. If you go back to 2006 … the before and after would be unbelievable. So the goal was really to get there and then reassess. I will tell you, I don’t see a reason to slow down. Our properties maintain 100 percent occupancy. We have great commercial tenants. So it’s been good.

Do you still develop properties in Richmond?

I do. But not as much as here.

How did you get into developing properties?

I worked in sports radio for a number of years. I made no money. So I worked restaurant jobs to supplement my income. I bartended at a restaurant in Richmond that was a place where most of Richmond’s influential and entrepreneurial class hung out. So I got to know a ton of people. I lived downtown. This was back in the mid-1990s. Downtown Richmond had about 500 people living downtown. Now there are over 20,000. It was a very small community where everybody knew everybody. ...

It was hard for me to see myself doing [journalism and radio] for the next 20-plus years. ... I needed to find something else that drove me. Doing sports casts and doing reports on an everyday basis for events was fun but it just wasn’t the challenge I was looking for. It didn’t really give me the opportunity to itch the creative side of me.

Does developing warehouses let you be creative?

It does. First of all, there’s a story here so it goes into my background of telling stories. And there’s a beginning to these and there’s an end to these. So it’s not like I’m going to be stuck for the next 20 years. This will be my project for this year and that will be my project for next year. … When I was doing restaurant work I had a chance to get into management and I started to get a reputation as someone who would take restaurants that were struggling and would turn them around. And so because I got to know a lot of people living in downtown, I got to know somebody who said, “Hey, you would be a great project manager. I’m just starting a development company. Why don’t you come work with me?” So that’s how it started and that was in 2000. Did I ever see myself doing this kind of work? No. It was just sort of right place, right time and I lived downtown when things were just starting to happen. And within my first five years — I think we did 17 projects in my first five years — my group grew pretty big so I got a ton of experience for someone who had no experience and it sort of set the path.

Had you been to Roanoke before you bought that first building?

Never. I grew up in Smithfield, Virginia, in southeast Virginia. I just never had a reason to go west. I had been to Richmond to see Santa Claus when I was a kid but that was really the only reason I went to Richmond. My sister went to Radford [University]. She is two years younger than me. That sort of got me going up and down [Interstate] 81, but I still never stopped in Roanoke because there was just no reason. I didn’t have friends here or family here or any real reason to come here. So it wasn’t until 2005 when I was brought here by a group of contemporaries.

What do you think of Roanoke’s downtown now?

It’s definitely moving in the right direction. A lot of it has to do with the vision and leadership of city government here. It’s always moving from one project to the next to improve the public infrastructure and public amenities. From the greenway, to museums, to the farmers market to the City Market [Building]. There is a real dedication to making this downtown great. And it’s just nice being a part of a team that has that same kind of drive and vision. I like Roanoke because the scale is perfect for a downtown community. … You can walk from one corner of [downtown] Roanoke to another in 10 minutes. So [there’s] really nothing that I would call out of bounds because it’s all walkable. You have a great workout facility in the YMCA in the corner over here that anchors this side of town. You’ve got 60 restaurants downtown.

Richmond is a great city and I love living in Richmond, but it’s much more spread out. So you have restaurants in this area and your museums over here and the convention center is over here and so none of it is really walkable. You have to have transportation to get one to the other. It’s kind of kept critical mass from happening at one individual spot because each spot has sort of taken off on their own. I think [Roanoke] will reach critical mass quicker just because of the size and city leadership.

Anything else about the properties you want people to know about?

Going back to what I like about this — each of our properties is really stand-alone unique concepts. That’s what drives me. It’s creating those concepts and stories and helping downtown become what it needs to be again. It’s rewarding work. It’s not easy work.

Microbrewery Big Lick Brewing Co., one of the Roanoke Valley’s smallest beer producers, is moving down the street and becoming a much bigger p…

States with the largest tax burden

Richmond-based developer Bill Chapman stands in his newest Roanoke revitalization project, 416 Micro Farms, a Salem Avenue project that will include apartments and a restaurant when it opens later this year.

An artist’s rendering of 416 Micro Farms, which is under construction on Salem Avenue in Roanoke.

A communal space in Lofts at West Station in downtown Roanoke.