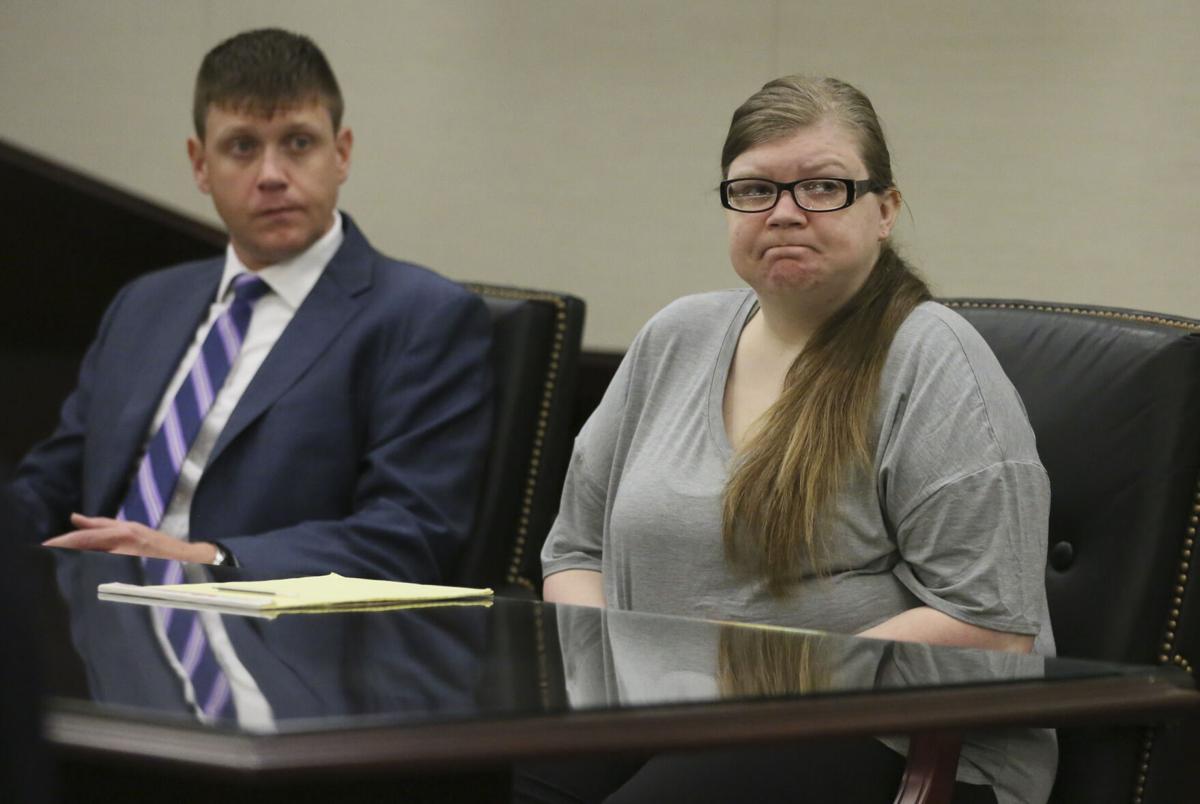 The jury recommended a sentence of two life terms plus 10 years. A sentencing hearing is set for Sept. 23.

During testimony that lasted all day, witnesses described how 2-year-old Steven Dale Meek II was sexually abused on Jan. 8, 2019. The prosecution described how Thomas' boyfriend McKenzie Kyle Hellman asked Thomas to abuse her son, and she did so, making five, 30-second videos of the abuse and sending them to Hellman.

Thomas, 27, took the witness stand and testified that she had done the acts she is accused of, but said she did so because was terrified of Hellman. She said she and Hellman, 27, had dated for about two years, and moved into together in Christiansburg mobile home, just weeks before the abuse of Steven. During those weeks, Hellman had used methamphetamine, Thomas said, and his personality changed.

"He turned into this monster I did not recognize," Thomas said.

Steven later died due to physical injuries based on another incident, according to testimony in the case, and Hellman is charged with the child's murder.

She said she then performed three sexual acts on her son and "afterward felt disgusted with myself."

On cross-examination, Thomas said she did not feel able to leave Hellman and thought he would harm her, Steven, and the unborn child she was pregnant with at the time. That child was Hellman's and was born after Thomas was arrested.

Thomas admitted she still writes love letters to Hellman, who also is in jail, including letters she sent as recently as May 18 and May 23 of this year.

Thomas began Wednesday's trial in county Circuit Court by pleading not guilty to all four charges. Her attorney, Andrew Harman of Wytheville, told jurors that Thomas had committed the acts she is accused of, but said she was forced into them by Hellman.

Jurors looked dismayed as they watched videos that Thomas made of herself abusing her son. Christiansburg police Investigator Nathan Delp testified the videos were found on Thomas' phone.

Hellman faces the murder charge, and both he and Thomas were charged with the sex abuse and child pornography offenses for an incident that investigators said occurred a few days before Steven was fatally injured.

According to recorded statements that Hellman made to investigators, he asked Thomas — via electronic messages — to sexually abuse Steven. Hellman said that Thomas did what he asked and sent him videos to prove it.

Those videos were shown at Hellman’s own trial in March. Jurors convicted him of possessing child pornography and being an accessory before the fact to child sex abuse, and to the production and distribution of child pornography. The jury recommended two life sentences in prison. A judge is scheduled to rule June 29 on whether to impose the punishment the jury suggested or some other sentence.

Hellman also is scheduled for a separate trial, now set to run Aug. 10 and 11, on charges of murder and child abuse.

Thomas’ part of the case has maintained a parallel course to Hellman’s, with the two defendants’ schedules leapfrogging each other as to who might resolve their charges first.

In 2019 and 2020, Thomas was scheduled four times for a plea hearing and once for a jury trial. But each was delayed — first as attorneys awaited the results of a mental competency evaluation of Hellman, then as the pandemic arrived and jury trials were halted for months.

Last month, Thomas appeared for a short hearing in Montgomery County Circuit Court for her attorney to say she was ready for trial. A charge of child abuse was dropped at last month’s hearing.

Hellman told investigators that he was in the bedroom of the couple’s housemate in the mobile home, who was elsewhere, and Thomas and Steven were in a bedroom at the other end of the residence, according to testimony at hearings in the cases and to recordings played at Hellman’s trial.

The two adults were communicating through their phones using Facebook Messenger. Hellman said that his sex life with Thomas already involved having her pretend to be 12 or 13, and that he wondered how he would feel watching Thomas performing sexual acts with her son.

Hellman was not related to Steven. Thomas shared custody of the boy with his biological father.

In a message, Hellman wrote that if Thomas would send him videos of the sex acts with her son, “I should be able to touch you again.”

At Hellman’s trial, his defense attorney argued that it was Thomas who was to blame for Steven’s abuse. Prosecutors countered that without Hellman, the abuse would not have occurred.

It was three days after the abuse, on Jan. 11, 2019, that emergency dispatchers received a call from Hellman. He said that Steven had been injured in a fall.

When emergency crews arrived, Steven’s heart had stopped, police have said. An officer and medics managed to restart a pulse, and Steven was taken to Carilion Roanoke Memorial Hospital. He died there two days later.

At an earlier hearing, a Christiansburg detective testified that Hellman gave several accounts of how the boy was hurt, including that he had shoved and hit Steven to break up a dispute between the 2-year-old and Hellman’s son, and that later, Steven fell out of bed.

A jury trial for McKenzie Hellman was again delayed this week due to the coronavirus pandemic, with charges of murder, child pornography and more now set to be heard in March. Hellman, 26, of Christiansburg, was arrested after the January 2019 death of 2-year-old Steven Dale Meek II, the son of Hellman’s girlfriend. 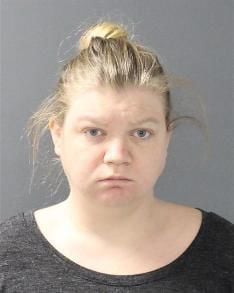 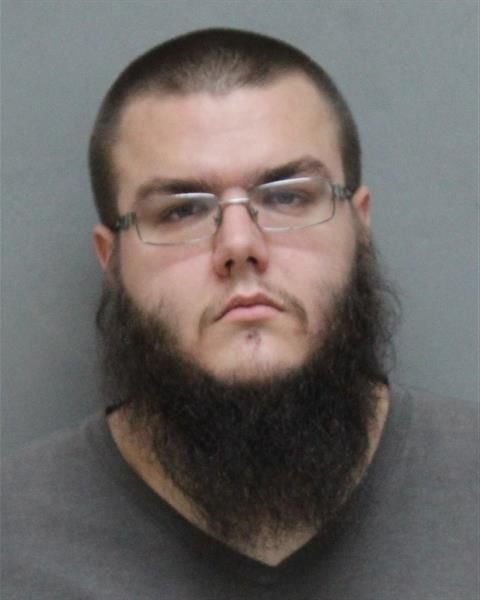