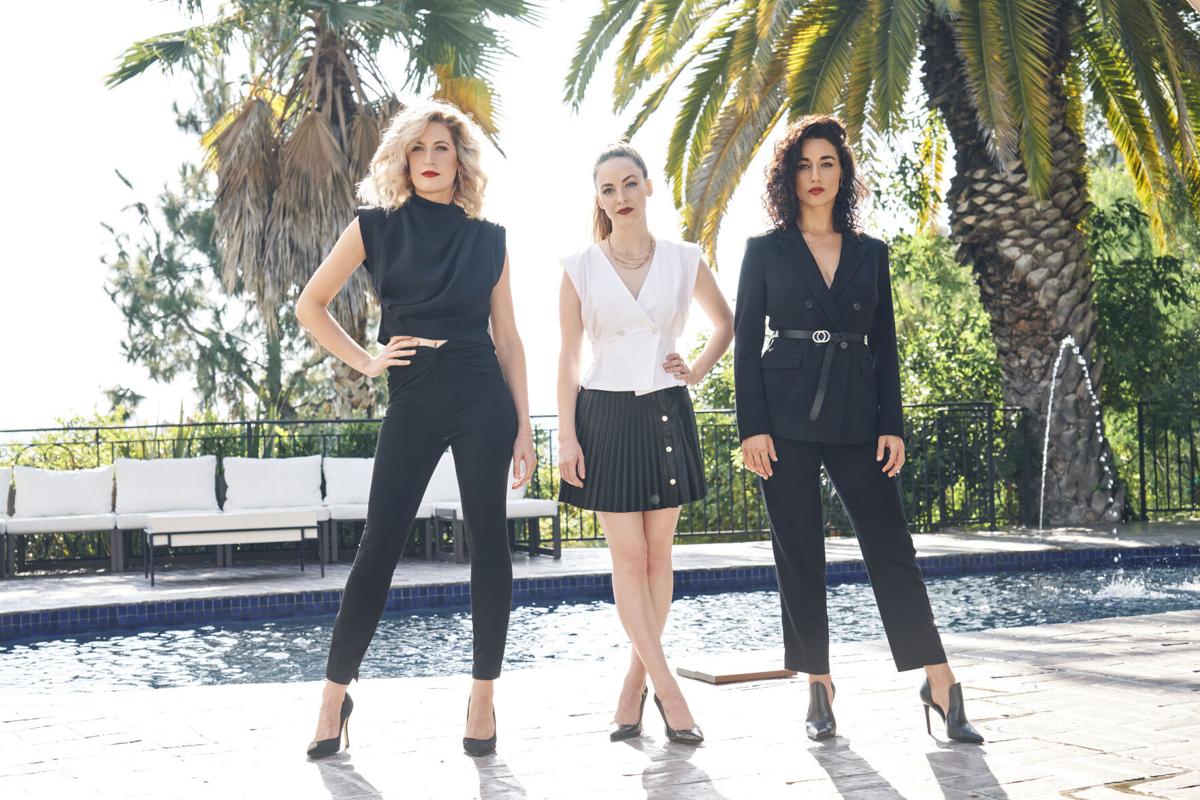 The producers of the “The Shift” (from left): Sarah Wylie, Brittany Curran and Jade Tailor. Tailor also wrote and directed the movie, Curran stars in it and Wylie has a small role. 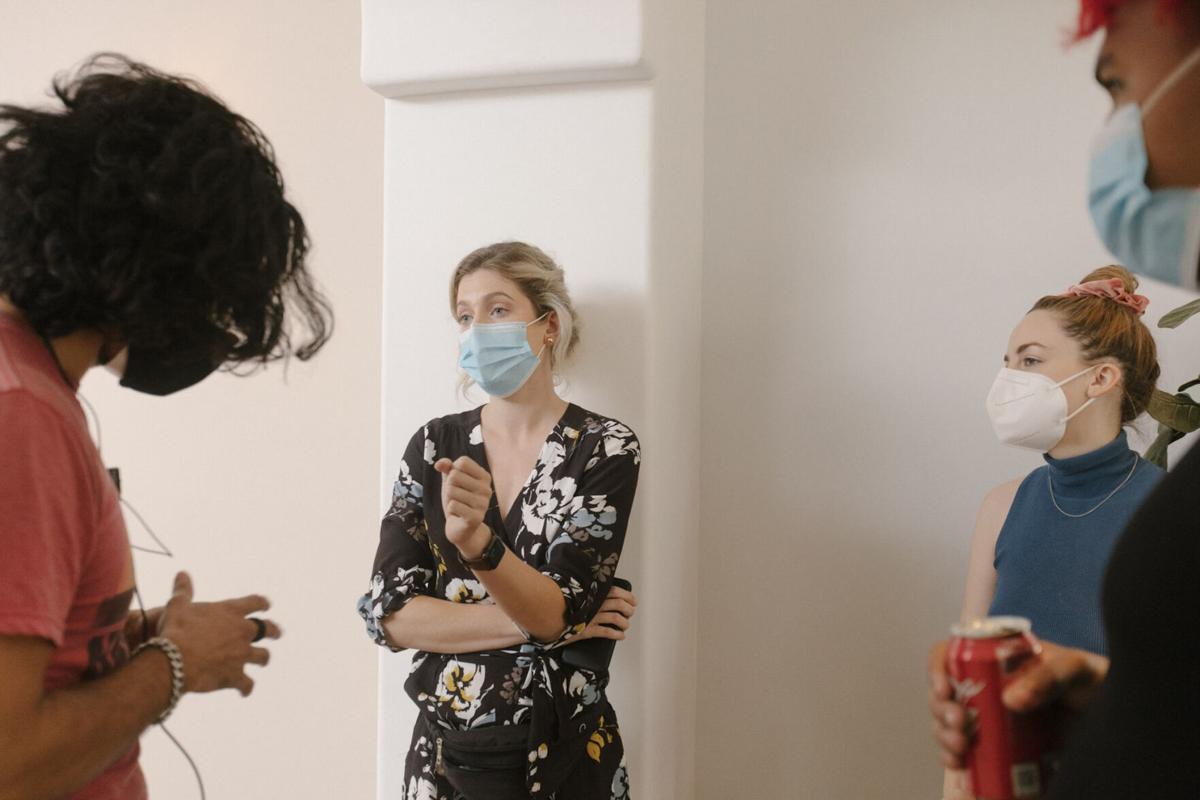 Wylie (center) and Curran (right) during the filming of “The Shift.” 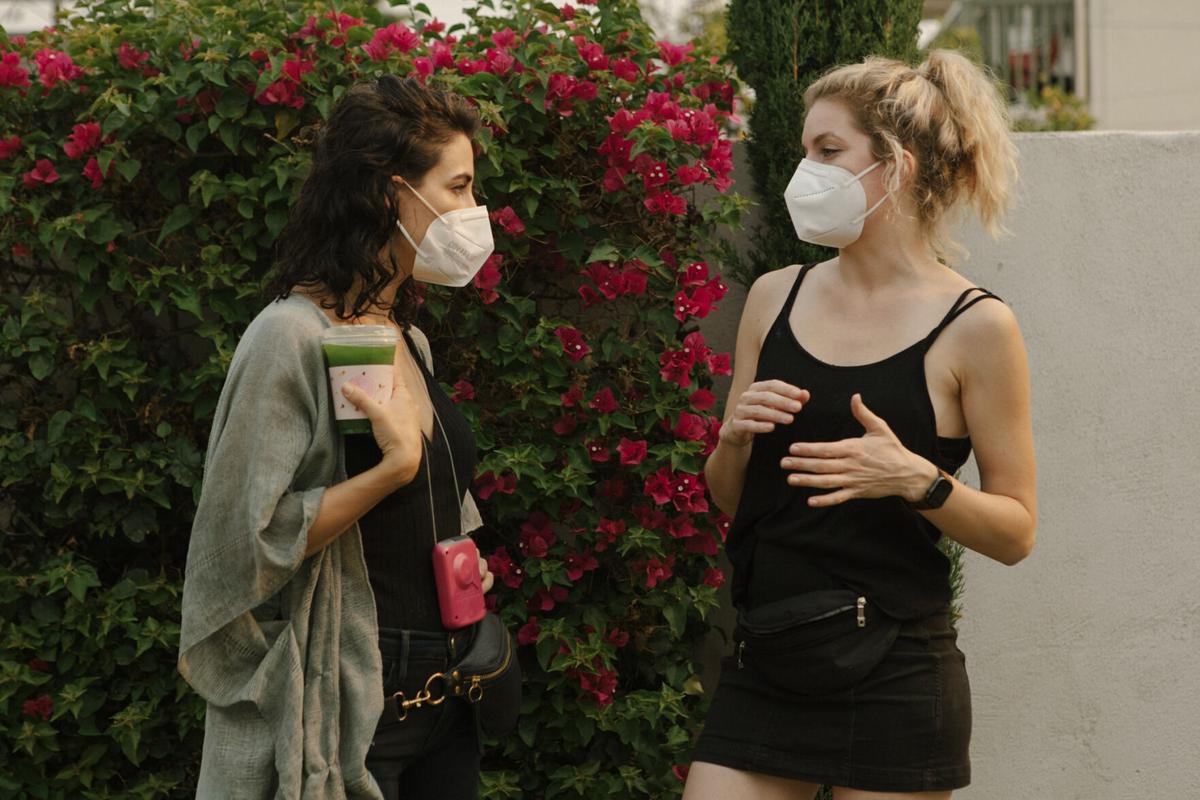 Tailor (left) and Wylie converse during the filming of “The Shift.” 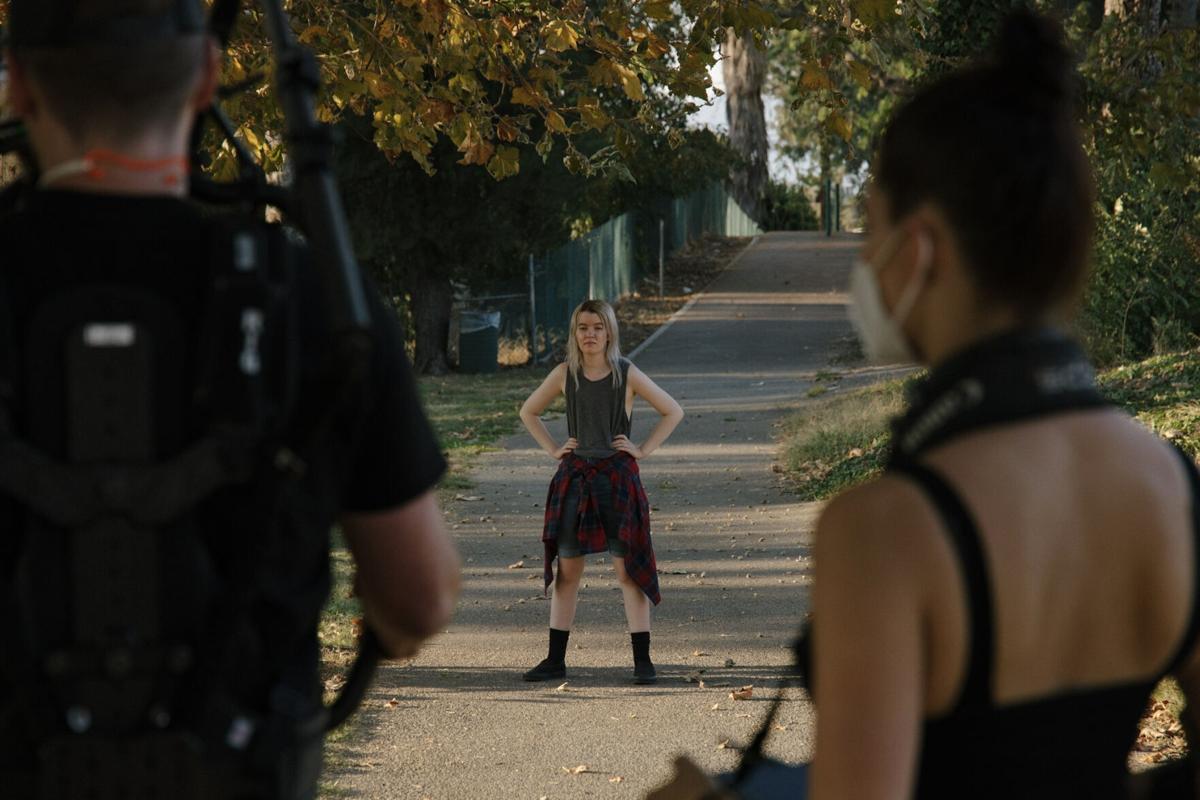 Actress Skyler Davenport (“Pokemon Masters”) plays the part of “Chris” in “The Shift.”

Eight years ago, Virginia Tech theater graduate Sarah Wylie stood in the balcony of a Richmond courthouse, shouting insults at actor Tommy Lee Jones during the filming of Steven Spielberg’s “Lincoln,” a bit part for which she received onscreen credit.

This year, Wylie joined forces with a pair of magicians — or to be more precise, cast members from the SyFy show “The Magicians” — to produce a short film about coping with COVID-19 that stars none other than Danny Trejo, known to most filmgoers as “Machete.”

A Texas native, Wylie graduated from Tech in 2011. Before she moved to Los Angeles, she for several years ran Open Air Shakespeare NRV, a Christiansburg community theater that performed the Bard’s works out of doors, often using high school-age actors.

Her newest venture has her co-producing with actresses Brittany Curran (“Dear White People”) and Jade Tailor (NBC’s “Aquarius”), both most often seen casting spells and averting (or sometimes causing) world-destroying disasters as, respectively, Fen and Kady on “The Magicians.” The show, based on the Lev Grossman novel of the same name, launched in 2015 and concluded in April — just after the onset of the novel coronavirus pandemic shut down businesses nationwide, including film productions.

In late March in California, “everything was shut down. It was not legal to be on the streets, and it was very intensely monitored,” Wylie said in a phone interview. “I was sitting at home on the couch for days on end, and absolutely losing my mind, because I went from being on set all the time and at work all the time to not being allowed out of the house.”

Expecting the film industry to reopen slowly but surely, she knew a short film would be the easiest way to dive back in. “The least amount of time, the least risk for the virus.” A mutual friend she met through an acting class put her in touch with Tailor. “We chatted, and within about a week and a half, we had an idea, and she wrote it!” Wylie said. “I mean, both of us are Leos, both of us are very aggressive and fast-moving.”

As producer, Wylie also reached out to Trejo and got him involved. “He was also an absolute sweetheart on set.” With Trejo on board, Curran, good friends with Tailor, also joined as co-producer and part of the cast. Tailor directed “The Shift,” and Wylie also appears in it.

Wylie said the number of heavy hitters in “The Shift” is fantastic, “especially for a short and especially in a pandemic.”

So what is “The Shift”? Essentially, the title refers to how people’s lives changed as the pandemic took hold.

“It follows the lives of seven people at the beginning of the awareness of the pandemic, specifically in California,” Wylie said. “We touch on several different walks of life. We focused on more unusual pieces, or pieces that people don’t typically want to look at. We have immigration. Immigration is huge out here in L.A. We have a small homage to the Black Lives Matter movement, because that actually happened after we had written the piece. We wrote it specifically for the pandemic, and then as we’re in the final edits, this whole movement explodes.”

In L.A., as “the LGBTQ community is super-prevalent, we have a queer relationship in there as well. And then domestic abuse.” Conversations on those topics could be intense even before the pandemic, Wylie said.

“I was reading news stories about things that were happening in L.A.,” such as Immigration and Customs Enforcement agents nabbing people who were dying from the coronavirus at the hospitals and deporting them, or grandparents contracting the virus from family before awareness of the disease spread, or domestic abuse victims unable to escape their homes because of quarantine.

To make the movie, everyone involved had to self-isolate for two weeks, and get negative test results before they’d be allowed on set. “The first day that we were on set, even though everybody had been tested two days before, everybody was tested again,” Wylie said. “Everybody wore KN95 masks on set and when you weren’t acting, you had to put your masks back on.”

Though shooting is finished, there are still many steps to go. To raise additional funding, Wylie started an Indiegogo crowdfunding campaign that focuses on the filmmaker’s partnership with the Los Angeles LGBT Center, a nonprofit healthcare and advocacy agency. The filmmakers created internships for center members that allowed them to get training as production assistants during the making of the movie. (To check out the Indiegogo campaign, visit https://igg.me/at/KmtAfL6trNA/x#/.)

Hand sanitizer will be available at each of the eight studios on the tour. Artists will also be available in their studios Friday via appointment. Visitors can get a card stamped at each studio they visit. The cards will be used for a drawing that will give the winner a $150 gift certificate for the studio of their choice. For more information, visit https://openstudiosbotetourt.com.

‘Playboy’ names Cardi B its first-ever Creative Director in Residence

‘Playboy’ names Cardi B its first-ever Creative Director in Residence

You can rent ‘Home Alone’ house on Airbnb, complete with booby traps and holiday decorations

This holiday season, you can recreate your favorite “Home Alone” scenes by booking the Illinois house featured in the film for one night only on Airbnb.

Dickens of a Christmas returning to downtown Roanoke

Out & About: Formato Fine Arts, in Wytheville, celebrates three years with 'What We've Been Through'

Out & About: Illuminights at Explore Park

Explore Park is set to light up on Saturday for the holiday season. It's time for Illuminights, the valley’s traditional holiday walking tour.…

A West Coast-based soul/Americana band of growing power is joining the FloydFest lineup, along with acts that form the festival’s annual Buffa…

The producers of the “The Shift” (from left): Sarah Wylie, Brittany Curran and Jade Tailor. Tailor also wrote and directed the movie, Curran stars in it and Wylie has a small role.

Wylie (center) and Curran (right) during the filming of “The Shift.”

Tailor (left) and Wylie converse during the filming of “The Shift.”

Actress Skyler Davenport (“Pokemon Masters”) plays the part of “Chris” in “The Shift.”