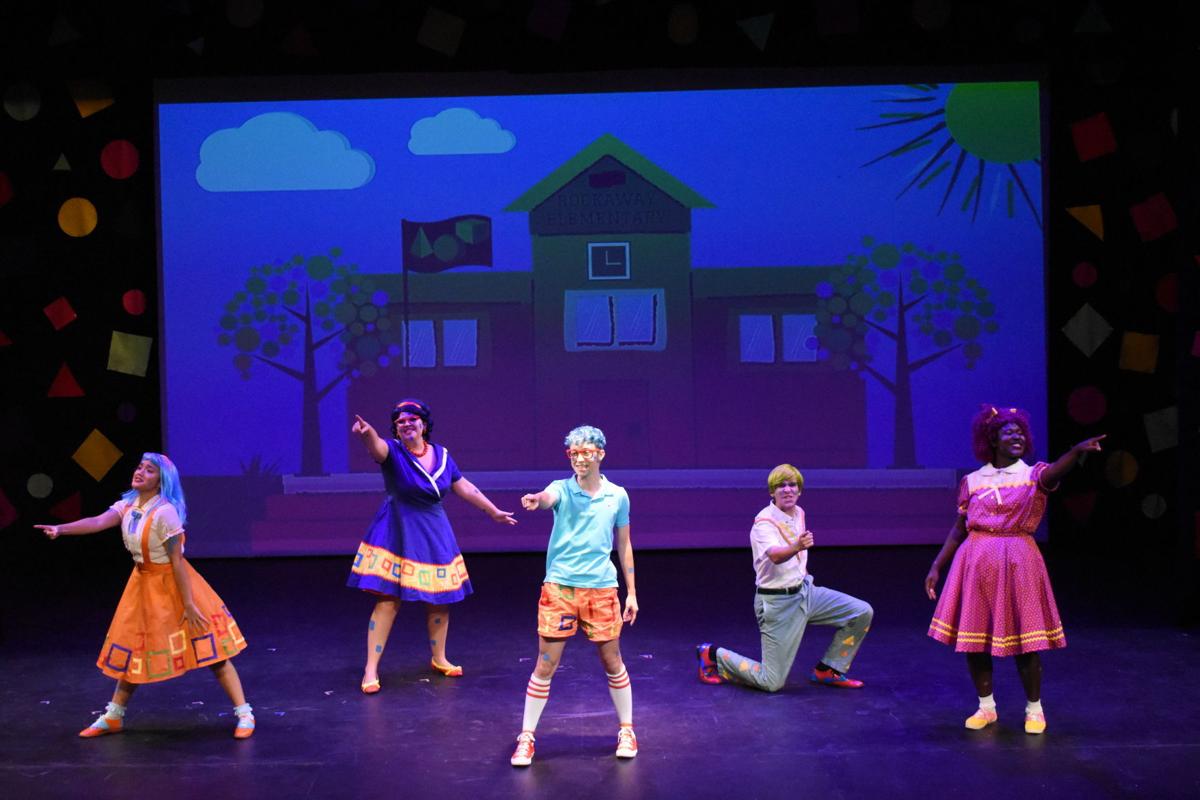 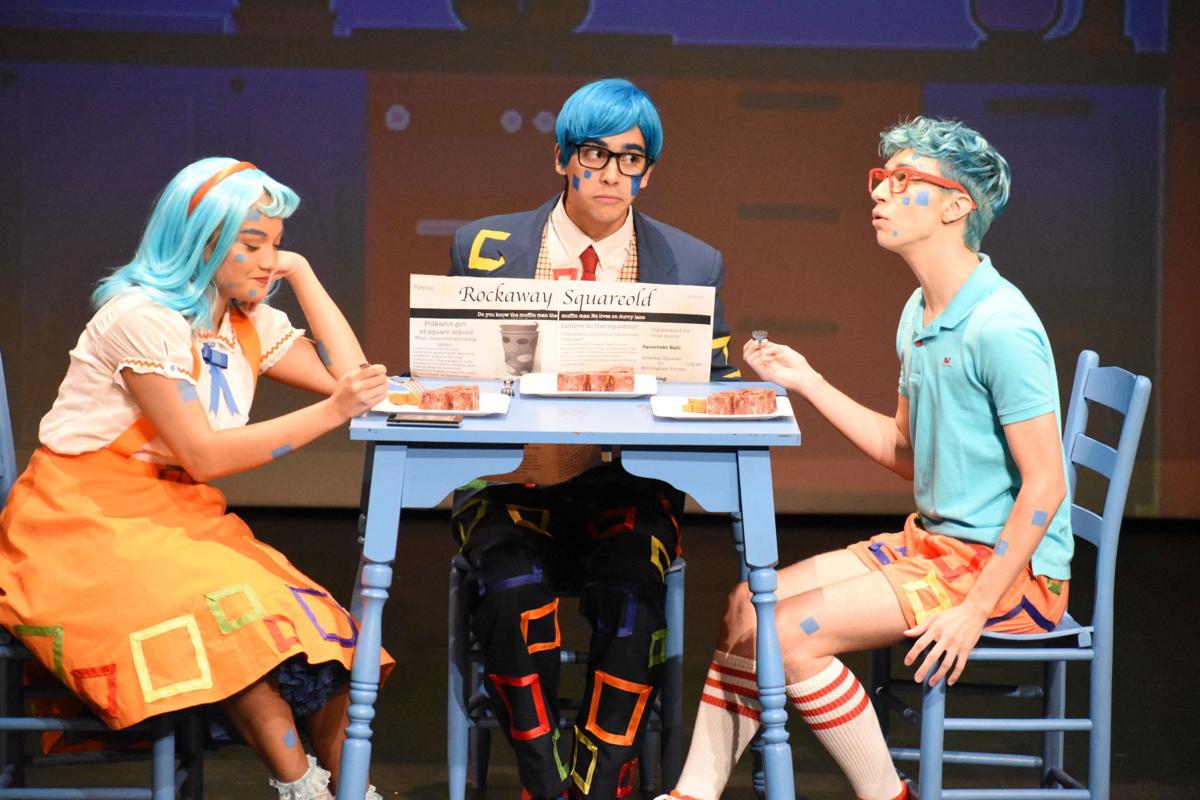 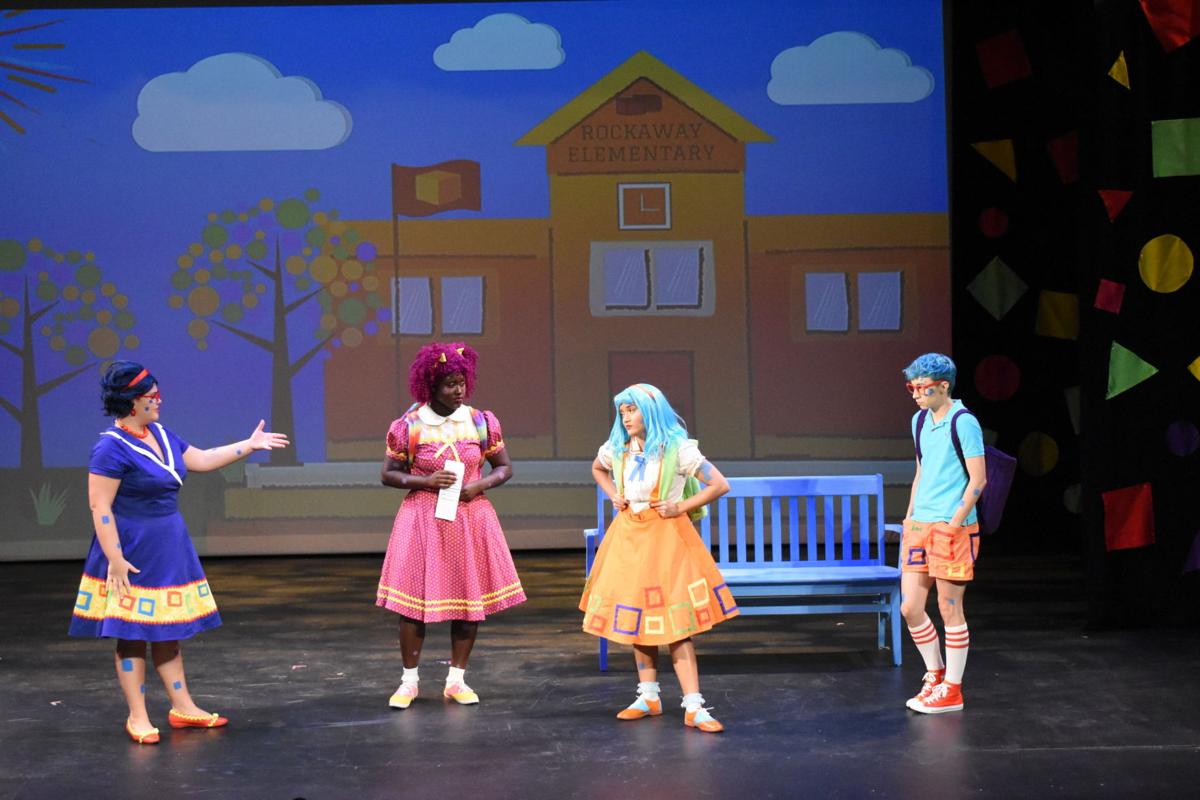 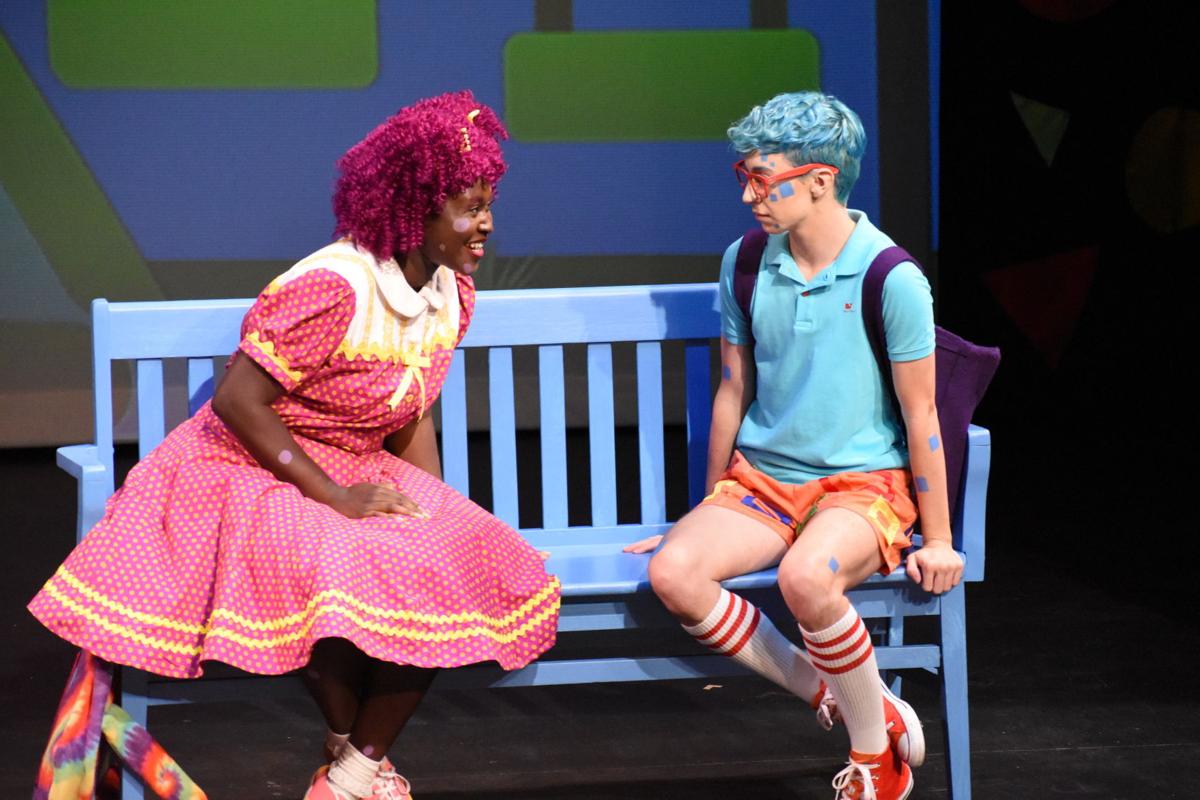 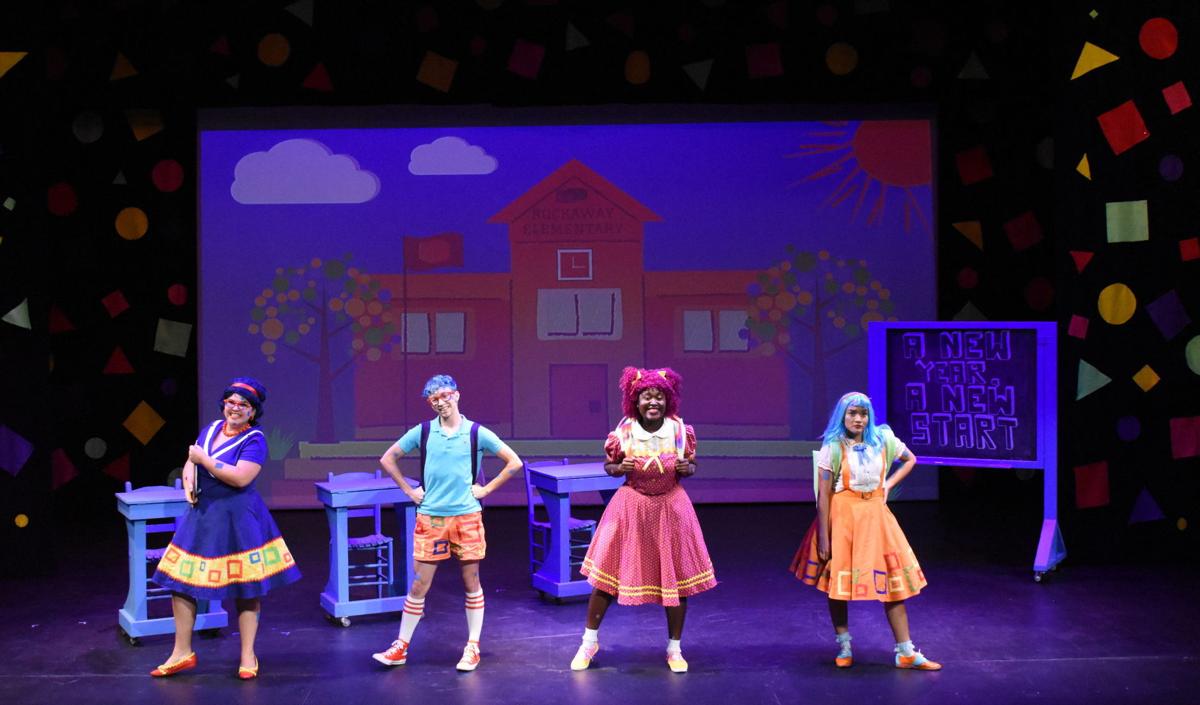 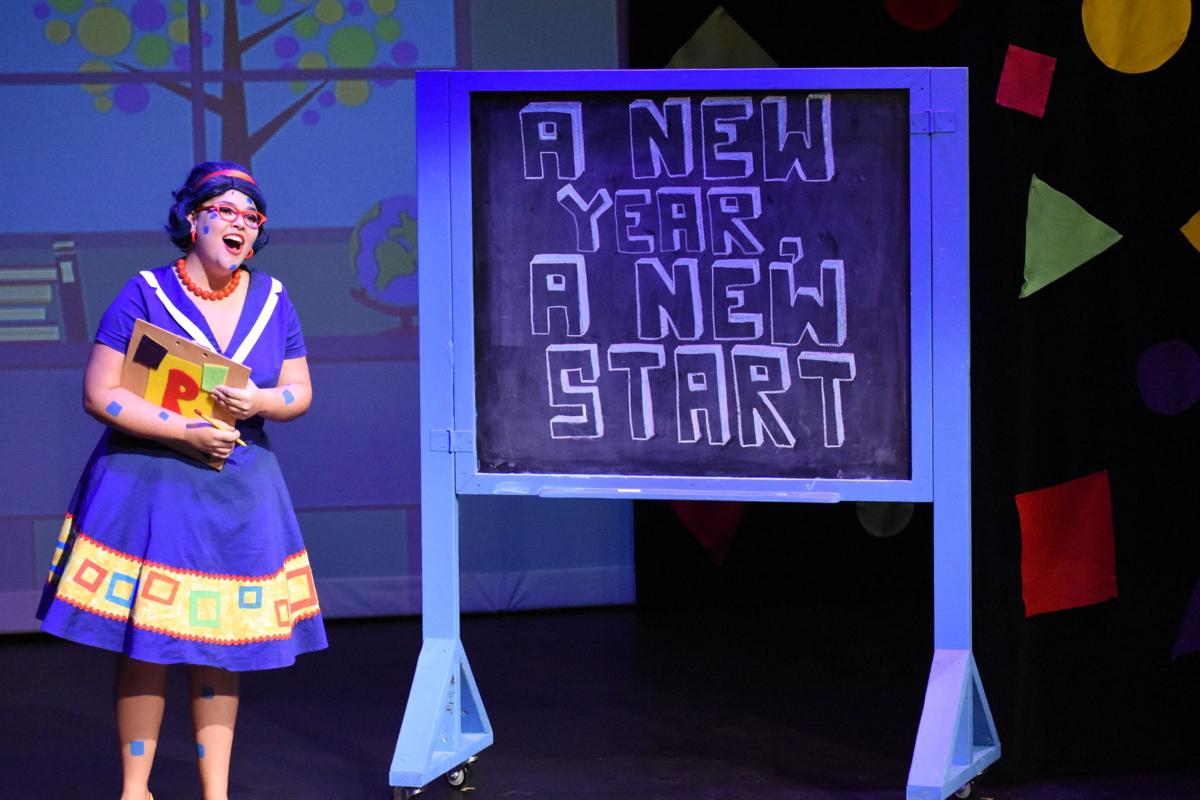 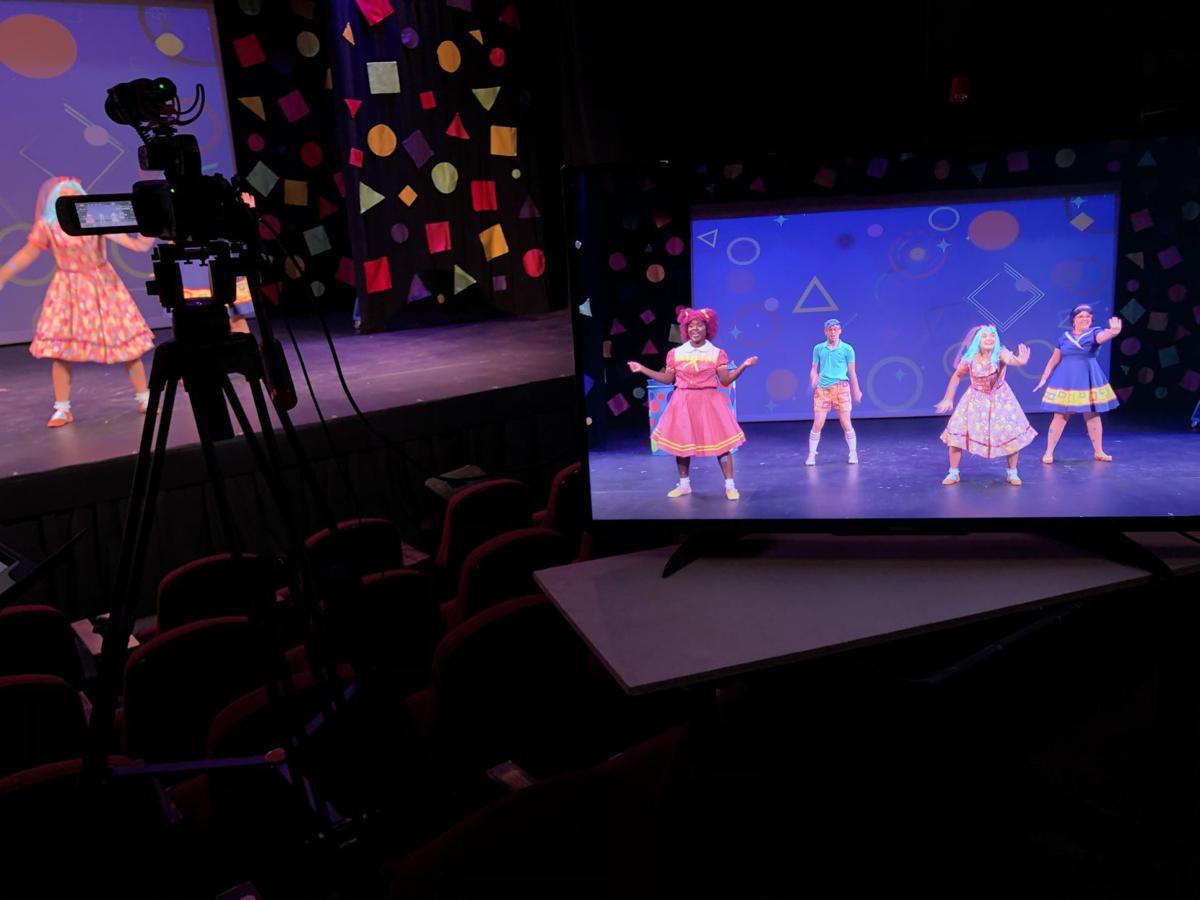 Behind the scenes: The filming of “Polkadots” (Left to right Alexia Buckner, Achilles Mulkey, Nisa Isabella Mercado, and Madeline Walker)

“It was a really cool opportunity for us to kind of all come together and adopt to what theater is going to be for a little while,” said Christopher Castanho, MMT’s resident creative and teaching artist, who directed the film of “Polkadots: The Cool Kids Musical.”

With the blessing of the musical’s authors, Mill Mountain’s production of “Polkadots” will be streamed free Tuesday through Oct. 9 on Broadway on Demand, a streaming platform that shows theater productions. Viewers will need to register for a free account at broadwayondemand.com to see MMT’s show.

“It’s really great to establish a great connection and partnership with that organization with our first digital show,” Castanho said.

“Polkadots” is based on the stories of the Little Rock Nine and Ruby Bridges, Black school children who were the first to integrate all-white Southern schools in the late 1950s and early 1960s. Aimed at elementary school children, the musical follows the first polkadot student at an all-square school. Castanho said the musical “is a story about acceptance, individuality, diversity.”

Mill Mountain remains closed to live performances because of the COVID-19 pandemic. Originally “Polkadots” was supposed to be a touring summer show. To convert it to a movie, MMT first had to figure out how to bring the cast together on the same stage with minimal risk of spreading the coronavirus.

“We were having to educate ourselves,” in terms of liability issues, “bringing people in, how do we keep folks safe,” said Producing Artistic Director Ginger Poole. “We used ‘Polkadots’ as basically our template to gather the information, confirm the information — there for a couple of months I felt like every single day there was a different thing that you should do or not do.”

Advice from Roanoke medical professionals helped the theater devise a plan that allowed the musical’s cast to rehearse and perform together. “We also went through a deep clean of the actor housing,” and labeled shared facilities in the Atelier “so everybody had their own sink, their own shower,” Poole said.

“We were in constant communication with the cast while we were going through these decision processes,” she said. “When everybody came on and moved in,” the entire company including MMT staff underwent COVID-19 testing. “We were all negative.” Even so, as rehearsal started, “for two weeks, we did everything on Zoom in isolation.”

They made a lot of progress, but it had a toll of its own. “After so many Zoom calls, I’m exhausted. I feel like I have to be more ‘on’ than I would be if it was just in a room with the meeting group,” Poole said.

The cast of six are all recent college graduates, originally slated to be the theater’s summer apprentice company. The Rev. Bill Lee, retired pastor of Loudon Avenue Christian Church, Roanoke Councilwoman Anita Price and her husband, Charles, president of the Harrison Museum of African American Culture, all spoke to the cast about growing up during segregation in Roanoke.

“Ten days later, we all got tested again, the whole kit and kaboodle,” Poole said. When the result came back negative, “from that point on, the experts said you can be treated as a family unit.” With masks, temperature checks and other precautions, “you can at least be in the same space.” By then the cast had their lines and music down, but the blocking and choreography remained. “The final three days of rehearsal we started filming.”

The process has helped MMT make progress in developing a plan for holding live performances. “We’re not going to do anything in haste that’s going to jeopardize our staff, our volunteers, our artists, our patrons. I’d rather get it right the first time and move forward and be a pioneer,” Poole said.

Originally “Polkadots,” with Castanho directing, was going to tour at schools and libraries. Instead it was filmed on the Trinkle Mainstage. “After putting it all up and seeing how the actors really embodied the characters, I had to go through and make a short list of all the different images that I wanted the audience to see that were onstage,” Castanho said. For example, he could highlight a character’s reaction to a line being said using a closeup.

The 25-year-old Connecticut native and Shenandoah University graduate joined MMT in 2017. He has directed plays before, but never a movie, “which was a learning curve for me,” he said. “I was really lucky to be surrounded by such an incredible team.”

Filming the play using multiple cameras took almost three days. Editing down about 1,000 gigabytes of digital footage and sound recording has taken two weeks. In fact, Castanho expects to make the finishing touches Friday, just in the nick of time to upload it to the Broadway on Demand platform.

Despite the learning curve, “it was not frustrating because I think we were all so hungry and so grateful to be working on a piece of theater,” Poole said.

Rooster will appear in court after killing owner during illegal cockfight

Rooster will appear in court after killing owner during illegal cockfight

The Grandin Theatre in Roanoke has been showing movies to packed houses — or at least, houses packed as much as state restrictions on audience size permit while the pandemic continues.

Behind the scenes: The filming of “Polkadots” (Left to right Alexia Buckner, Achilles Mulkey, Nisa Isabella Mercado, and Madeline Walker)