Arts & Extras: Pandemic brings creative solutions and funding cuts
0 comments
Share this
Only $5 for 5 months
1 of 2 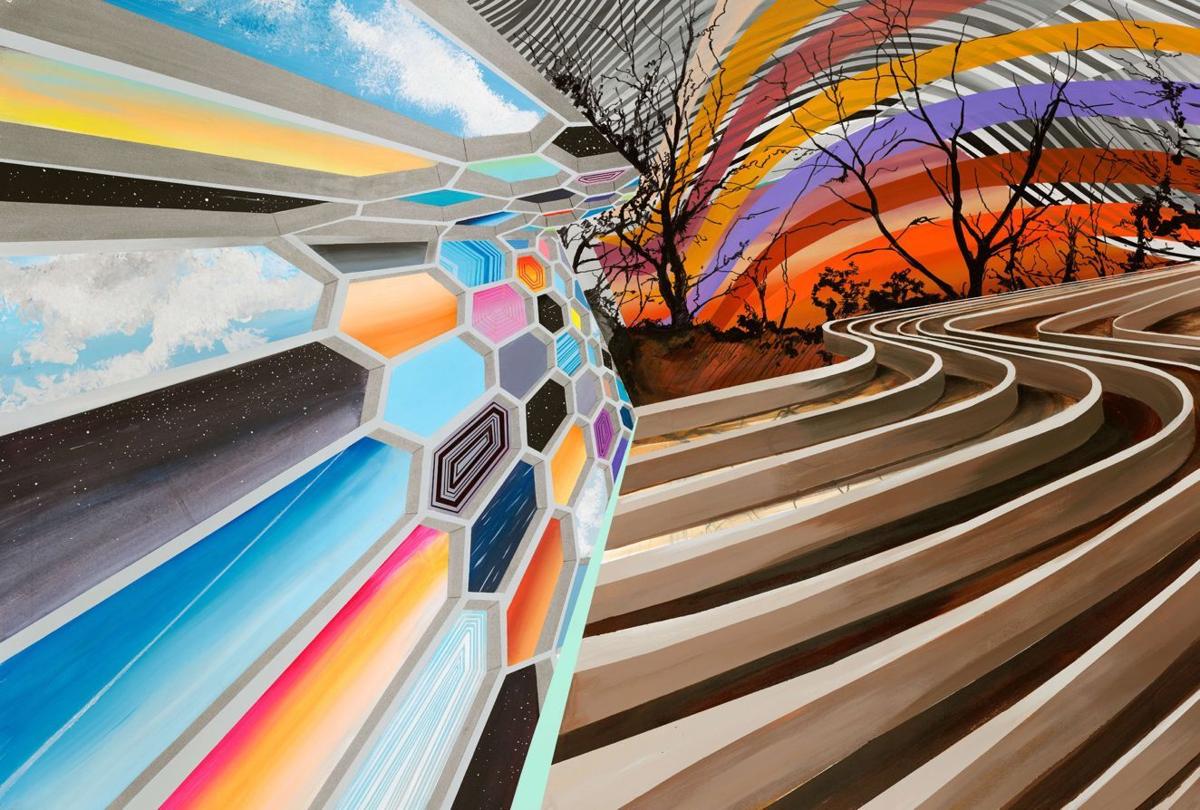 The concept drawing for “Another World” by Jason Middlebrook, which was installed in the Ruth C. Horton Gallery in Blacksburg. 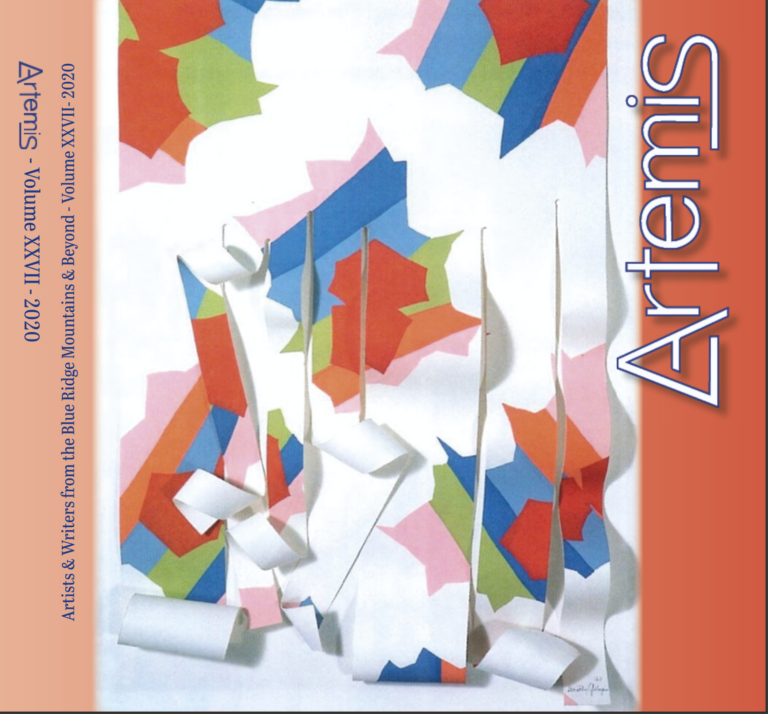 The Moss Arts Center in Blacksburg had to get innovative to replace a group exhibition canceled because of pandemic-related safety concerns.

“I had planned and curated a major group exhibition with multiple works of art for this fall but had to postpone it on account of COVID,” wrote Moss curator at large Margo Crutchfield. Specifically, the risks involved for the installation team proved daunting.

Crutchfield found an alternative that would only take one or two people to install, and more importantly, encouraged an established artist to test out a new direction.

His creation, a 26-foot-long and 17-foot-high mural titled “Another World,” will be installed on the longest wall in the Ruth C. Horton Gallery. It began as a detailed drawing made with multiple media such as ink, graphite, colored pencil and paint that was then reproduced as a digital print. Its patterns are based on architectural details of the center’s stairwell and theater.

“There is beauty and reverence here, for both nature and the built environment, but collision and upheaval circulate throughout,” Crutchfield wrote in the text for the “Another World” brochure. “It’s the relationship of humankind to nature, however uplifting or fraught, that fascinates Middlebrook.”

“Another World” will open Sept. 10. Current gallery hours are Wednesday through Friday, 10 a.m. to 5 p.m., and Saturday, 10 a.m. to 4 p.m. Face coverings and social distancing will be required. Middlebrook will talk about his work in a virtual presentation Sept. 17, 6 p.m. For more information, visit artscenter.vt.edu.

Artemis Journal, a Roanoke-based publication dedicated to art and poetry, will once again stage the launch of its annual issue at the Taubman Museum of Art. However, the event won’t be live. The reading by keynote speaker Jeanne Larsen and the discussion that follows will be streamed Sept. 13, 2 p.m. The virtual event is free to watch.

A retired Hollins professor who mentored many other writers during her years on the English department faculty, Larsen was the first Susan Gager Jackson Professor of Creative Writing. Her newest poetry collection, “What Penelope Chooses,” a cycle of poems revisiting Homer’s “Odyssey” from a 21st-century perspective, was a winner of the $1,500 Cider Press Review Book Award.

Larsen’s reading was recorded in the museum’s “Celestial Centennial: The Art and Legacy of Dorothy Gillespie” exhibition. The late Roanoke-born artist provided the cover to the very first issue of Artemis when it appeared in 1977. Gillespie, who died in 2012, would have turned 100 in June, and the Taubman has participated in a multi-state celebration of her career. Gillespie’s art also adorns the cover of the 2020 Artemis issue.

Larsen’s reading will be followed by a discussion with Artemis founder and editor Jeri Rogers. For more information, visit http://bit.ly/2020ArtemisJ.

The 2020-21 budget passed in June by Roanoke City Council cut funding to arts organizations — one of many expense trimming measures taken in anticipation of lost revenue from the pandemic-driven economic shutdown.

One of the most drastic cuts involved the complete elimination of funding for the Roanoke Cultural Endowment. In the 2019-20 budget, the city allocated $125,000 to the endowment. City manager Bob Cowell told RCE officials that staff will consider restoring the endowment contribution for 2021-22. “This deferral helps prevent deeper reductions to each of the arts and cultural institutions,” Cowell wrote in an email.

“While we understand the reason for the overall budget cuts, we are disappointed by the deferral of funds to the Roanoke Cultural Endowment, and we anticipate Endowment funding to be re-instated in the FY22 budget as arts and culture provide significant economic development for the long-term recovery of the area,” wrote endowment executive director Shaleen Powell in an email.

Created in 2014 as a public-private partnership, the endowment plans to eventually give grants to Roanoke arts organizations that will assist with their operating budgets. However, the endowment won’t start doing that until it has received enough private donations and city allocations to reach $20 million. The original plan was for the city to contribute at least $250,000 a year toward the endowment but that amount has often been reduced in practice.

In the 2020-21 budget, the city allocated a combined $166,472 to Center in the Square and the Harrison Museum of African American Culture, a reduction of about $119,000 from the previous budget year.

The Roanoke Arts Commission also awarded $336,500 in grants to 24 arts and cultural organizations. The overall amount was $3,500 less than the total distributed last year.

Bendy Goodfriend, the violinist for the Kandinsky Trio, and pianist Cara Ellen Modisett will perform backyard concerts for socially distanced guests this fall.

Community: 'Leaves of the Tree' exhibit to celebrate trees through art

The Radford University Art Museum will open its first public exhibitions of the fall season beginning Wednesday, Sept. 23. “Leaves of the Tree…

The Depot Artists Association in Abingdon will hold its 31st annual meeting on Monday, Sept. 21, at the Farmers Market Pavilion beginning at 6 p.m.

About a dozen classical musicians associated with Opera Roanoke and Roanoke Symphony Orchestra will put on their first live concert performance in months as a tribute to Rodney Overstreet, a friend and colleague gone too soon.

The concept drawing for “Another World” by Jason Middlebrook, which was installed in the Ruth C. Horton Gallery in Blacksburg.