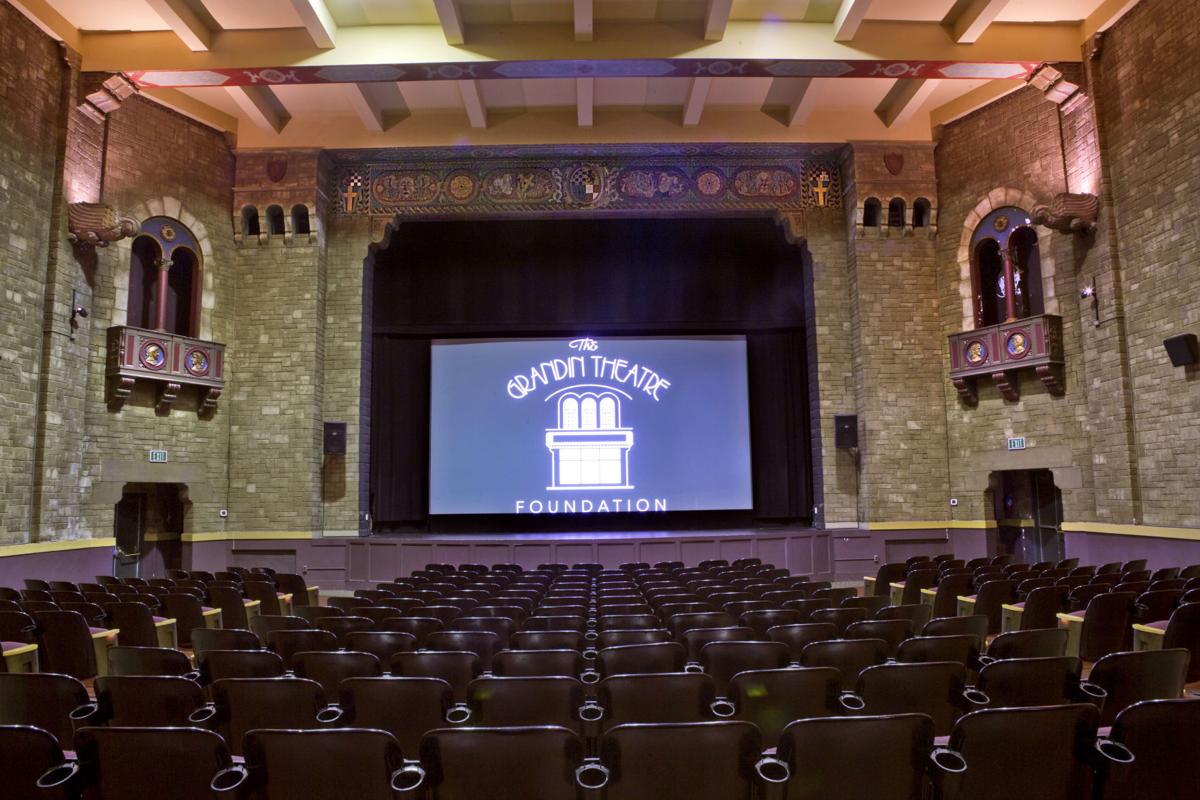 Roanoke’s nonprofit Grandin Theatre, still closed to the public six days a week because of the coronavirus pandemic, has began renting out its iconic main theater at prices ranging from $150 to $475. The rental party brings a favorite DVD or Blu-Ray, which the Grandin staff screens while serving concessions. 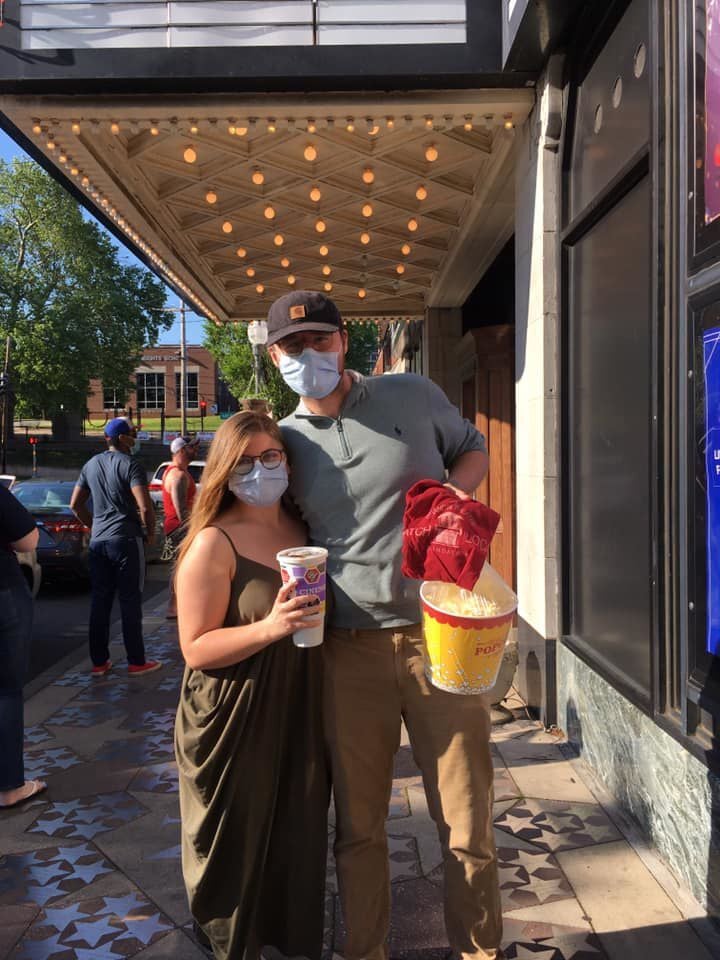 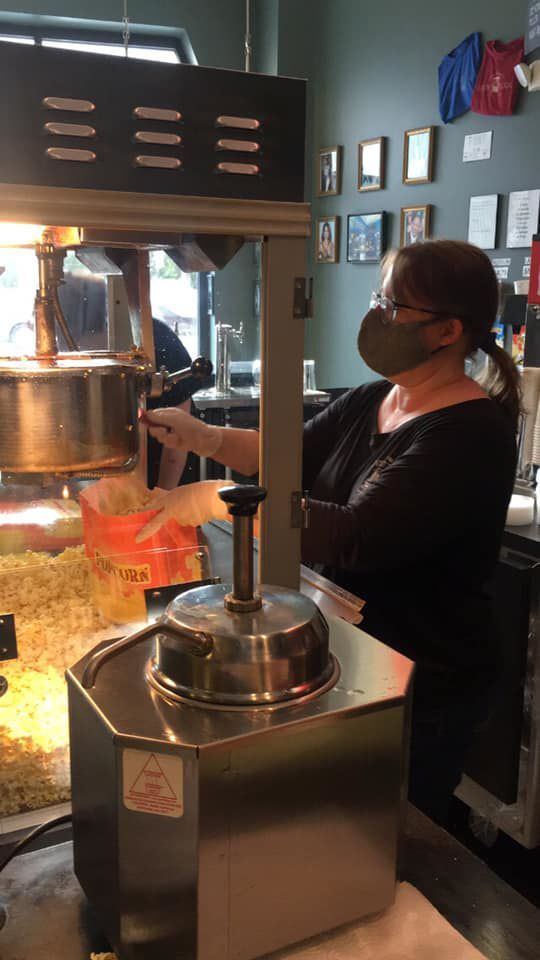 Do we have a cutline for her? 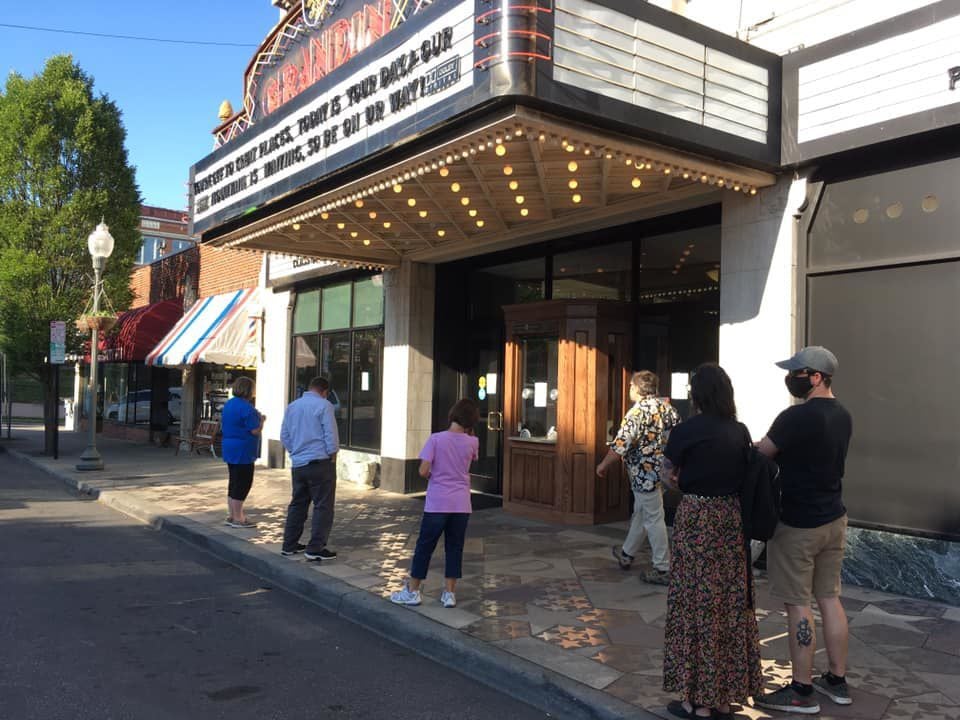 My most memorable movie-going experience took place at the Grandin Theatre in Roanoke, almost 20 years ago.

Back then, The Roanoke Times still published locally written move reviews, and I was privileged to be allowed to write one from time to time. Movies that opened at the Grandin would be screened for reviewers after hours, which is why I arrived after midnight to watch David Lynch’s “Mulholland Drive” and spent the next two hours alone with the gargoyle owls in that 325-seat theater as that surreal nightmare unfurled. I happen to enjoy surreal nightmares, so the experience was thrilling.

Seeking to stay engaged with the movie-going public during the COVID-19 pandemic, Roanoke’s oldest movie house has come up with creative ways to keep selling tickets and popcorn. These include special Friday night screenings of big hits from decades past, with social distancing strictly enforced, and promoting video-on-demand selections that cater to an arthouse crowd.

The Grandin has also begun offering its main theater for private rentals — so anyone can have a version of the otherworldly experience I had all those years ago, alone or with friends and family.

“It’s a really safety-conscious win-win model,” said Grandin Foundation Executive Director Ian Fortier. It generates revenue for the nonprofit theater and offers a posh experience, with the rental party having the lobby, concession stand and ABC beverage offerings to themselves. “People bring their own favorite movie Blu-Ray or DVD, and we just show it for them. It’s an opportunity for groups of people to watch their favorite movie on a big screen in a room that’s dedicated entirely to them.”

(I can understand if parties don’t pick “Mulholland Drive” for their private screening, but if you like that sort of film, trust me that it’s a great choice for that space.)

Rentals range from $150 for one to three people to $475 for 41 to 75 people. “We’ve had a great response,” Fortier said, with 15 rentals in June, about the same number set up for July and a few already booked for August.

“Bryan’s marquee spot went so well that we just decided that this was something we could do for anyone in the public,” Fortier said. However, putting an announcement on the marquee does come at a price, $100 for the first day and $50 for every additional day — though that has definitely not stopped other couples from following in Hancock and Preston’s footsteps.

In June, the Grandin began opening to the public from 5 to 7 p.m. to sell concessions to people who wanted real movie theater popcorn and soda to go along with their Friday night home viewing. In July, the Grandin began opening the main theater at 7 p.m. to seat for 7:30 p.m. screenings of big hits from recent decades, like “Jurassic Park” and “Jaws.” Friday’s offering is “Back to the Future.” The seating of the theater is blocked off for social distancing, so only 90 tickets get sold for each movie. The first two shows in the Big Screen Classics series sold out.

“We have a safety first socially distanced checkerboard seating pattern that provides patrons single seats, two seats, a couple of pods with three seats or four seats depending on your seating party,” Fortier said.

The Grandin continues to partner with video-on-demand outlets to promote arthouse programming on its website, though that hasn’t brought the theater much money, about $500 over 3 1/2 months. The most popular offering has been — perhaps unsurprisingly — the “Cat Quarantine Film Festival.”

Built in 1932 in Roanoke’s Raleigh Court neighborhood, the Grandin went through several shutdowns and incarnations before its 2002 re-opening as a not-for-proft first-run theater. Ordinarily open all year, the Grandin closed March 16, ahead of Gov. Ralph Northam’s first closure order, and had to let about 18 part-time employees go. Right now, four full-time and a couple of part-time employees remain, with assistance from a Paycheck Protection Program coronavirus stimulus loan.

“There’s no clear indication from Hollywood when they’ll start feeding first-run content downstream again, and there’s no clear indication that the medical crisis has flattened out to a degree that restores public confidence,” Fortier said. “The goal is to break even every month with our expenses versus our income, so we’re not losing any money as an organization, and anything on top of that is something that just works to help support the theater and its longevity.”

Even given the success of these creative ventures, the Grandin will still be appealing to its donor and member bases to help fill budget gaps in the months ahead, Fortier said.

When you think of Christiansburg, what do you see? Is there a specific place or activity that comes to mind? Share your response with the town…

A 6-decade-old summer tradition in Roanoke will happen online instead of on sidewalks this weekend.

A season of exclusive livestream performances crosses many geographic and cultural boundaries. December and spring performances are still being decided.

Roanoke’s nonprofit Grandin Theatre, still closed to the public six days a week because of the coronavirus pandemic, has began renting out its iconic main theater at prices ranging from $150 to $475. The rental party brings a favorite DVD or Blu-Ray, which the Grandin staff screens while serving concessions.

Do we have a cutline for her?