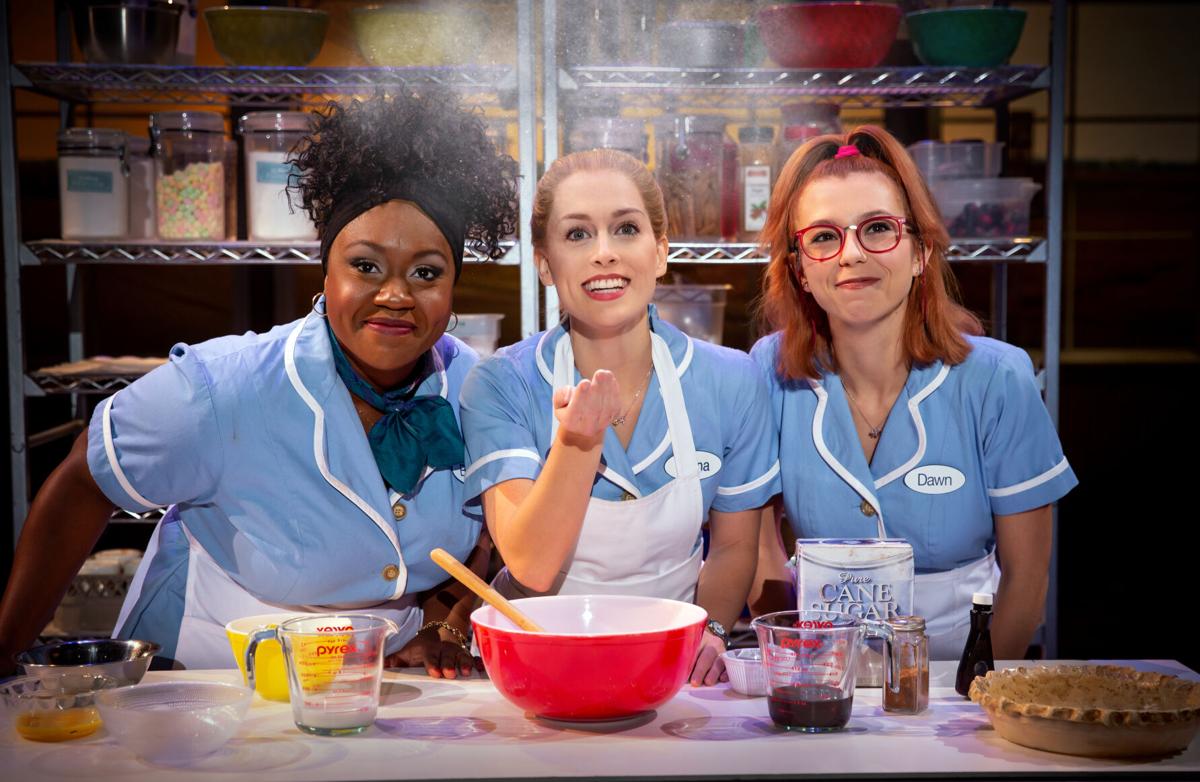 Kennedy Salters as Becky, Bailey McCall as Jenna and Gabriella Marzetta as Dawn in the National Tour of “Waitress.” 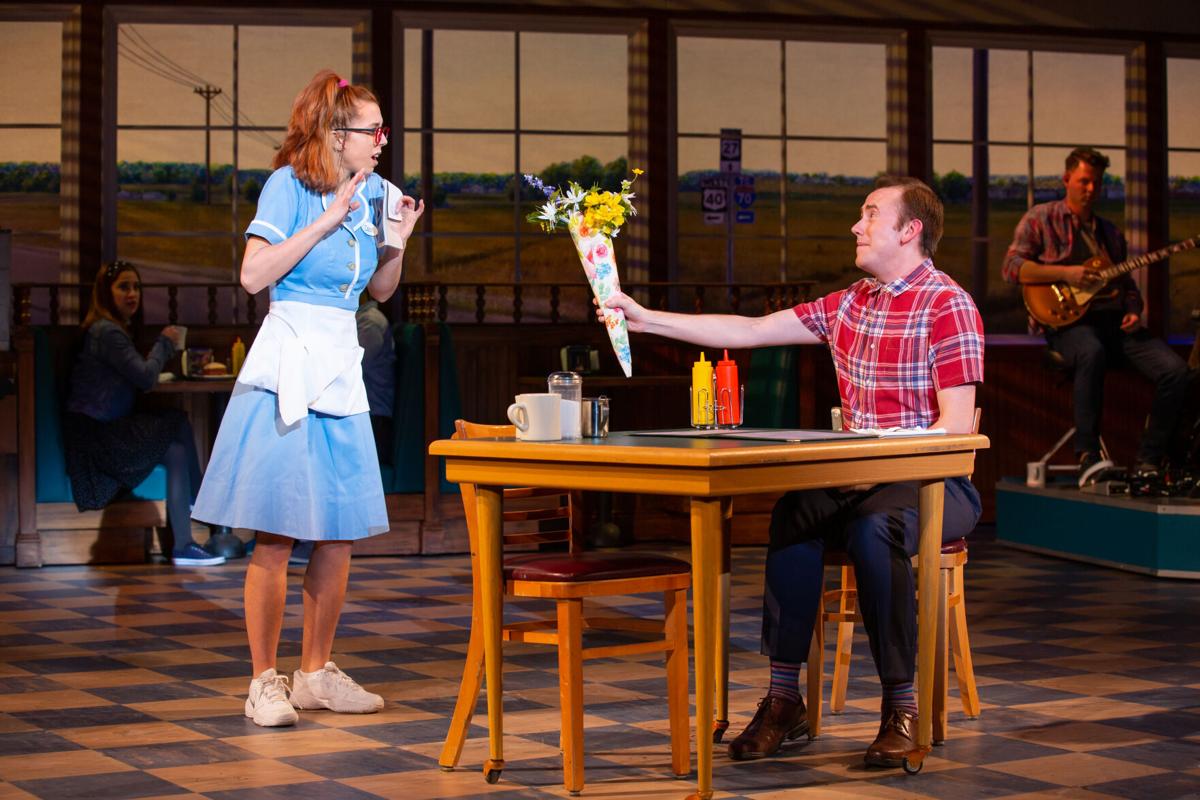 Gabriella Marzetta as Dawn and Brian Lundy as Ogie in the national tour of “Waitress.” 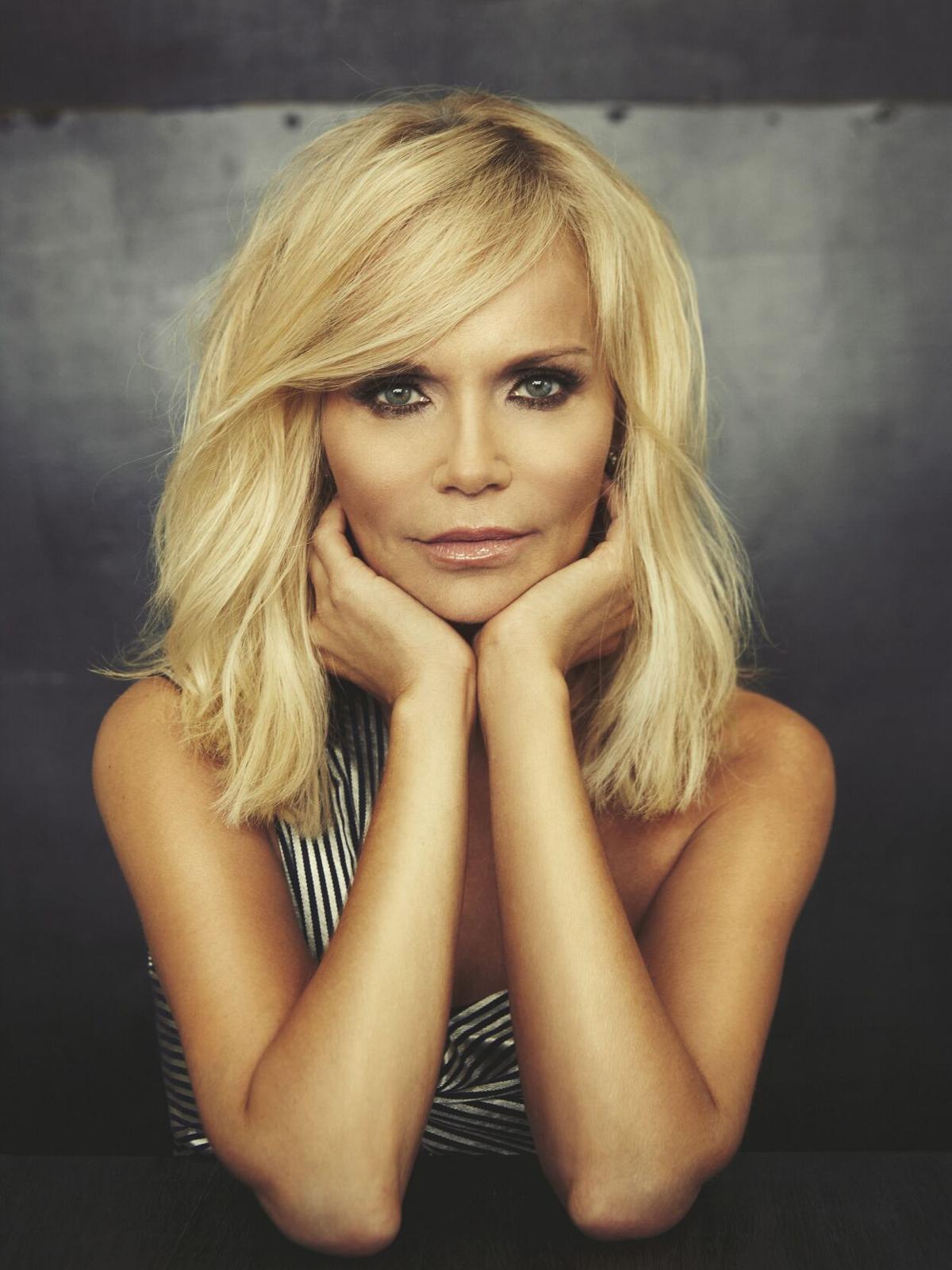 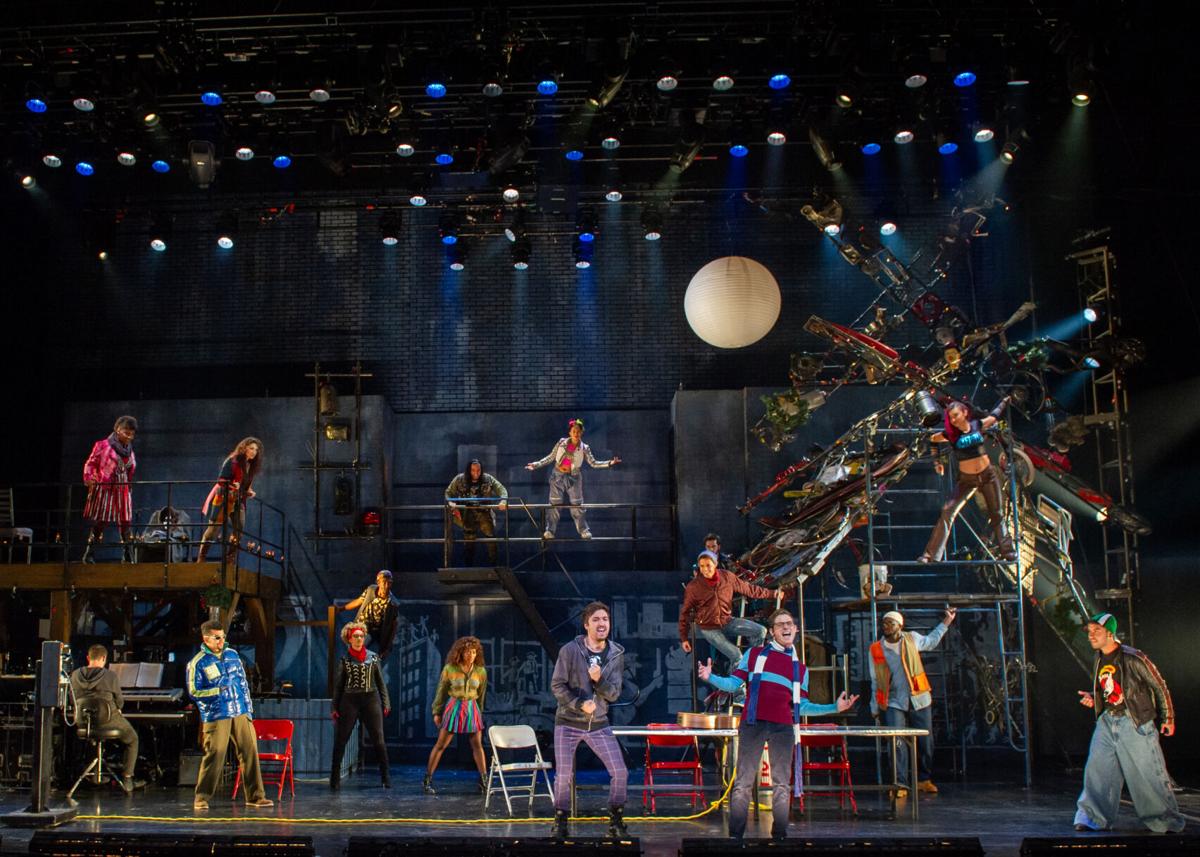 The Company of the “Rent 20th Anniversary Tour.” 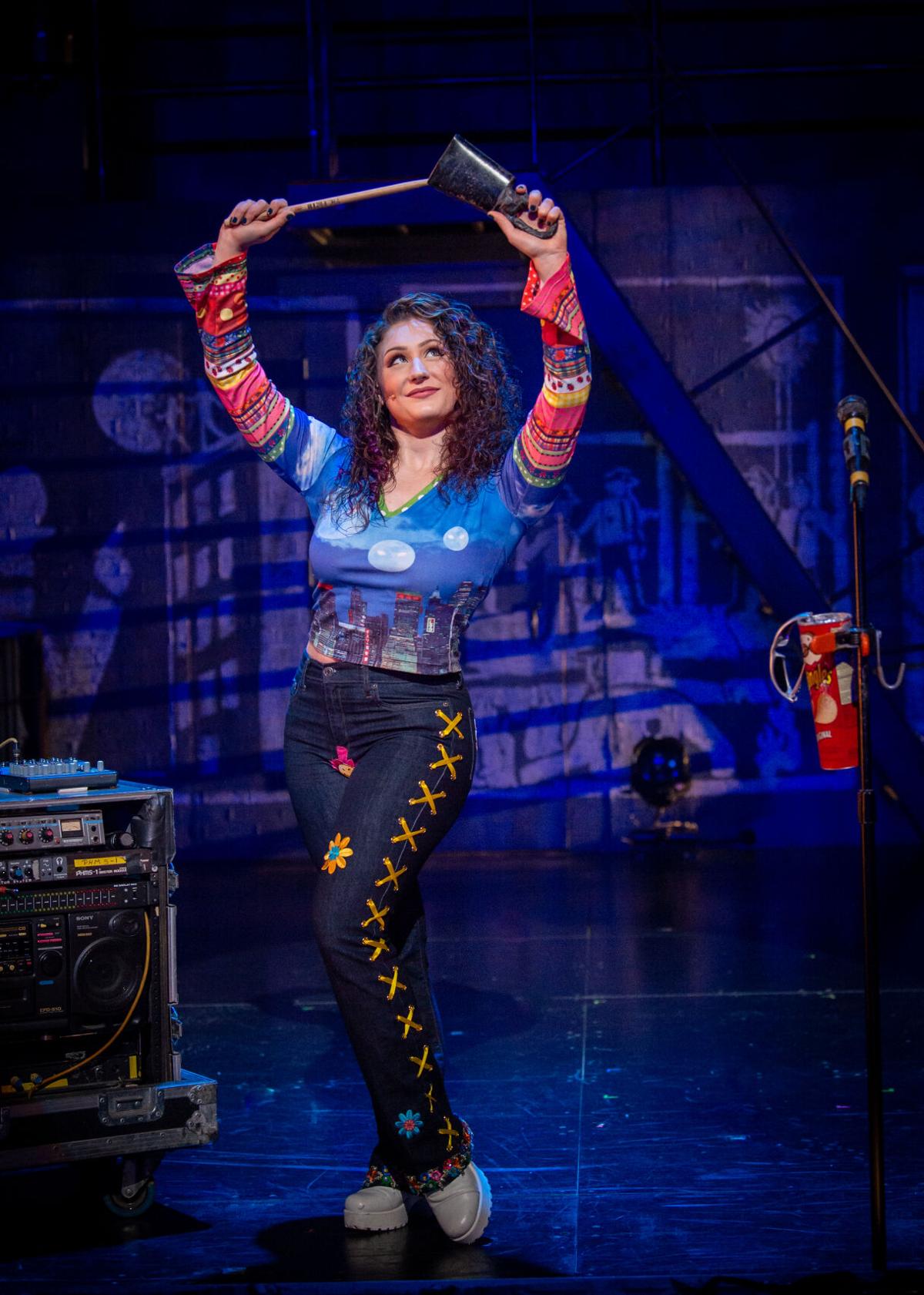 The Blacksburg series, at Moss Arts Center’s Street and Davis Performance Hall in Anne and Ellen Fife Theatre, will host three, one-night only, Broadway productions this spring. “Rent: The 25th Anniversary ‘Farewell Season of Love’ Tour,” is set for March 1, 2022.

Chenoweth, an Emmy and Tony award-winner, hits the state on April 14, 2022, to perform “For the Girls,” a concert paying tribute to some of music’s greatest and most influential female voices.

“There really was a lot of interest for this in patrons, the community, and students,” said Ruth Waalkes, Virginia Tech associate provost for the arts and the Moss Center's executive director. “The Anne and Ellen Fife Theatre here at the Moss Art Center is a really beautiful space to have big musical theatre productions.”

The season kicks off on Nov. 1 with the smash hit “Waitress,” a contemporary musical. “Waitress,” which debuted in 2015, is a collaboration by pop artist Sara Bareilles and playwright Jessie Nelson, based on the 2007 movie of the same name.

That movie, written by and starring the late Adrienne Shelly, follows Jenna Hunterson, a waitress and expert pie baker in a small southern diner, who finds herself in a rocky marriage with an unwanted pregnancy.

The years of production that lead up to this tour — from the quaint 2007 flick and tragic backstory of Shelly’s untimely murder, to the beautiful musical that pays homage to the original screenplay — will surely make for an emotional and unforgettable show.

“Waitress,” a story that takes place in a small town, received a stellar critical reception in the Big Apple, with Tony Award nominations for Best Musical, Best Score and Best Lead Actress. Now, the musical plays a small town, Blacksburg, and therein lies some charm.

It seems fitting that a show about fresh starts and hope is the inaugural production for Moss’ first Broadway in Blacksburg since the pandemic.

“‘Waitress’ is pretty uplifting, and these are times when we need that,” Waalkes said.

“It’s a really warm and intimate feeling in our theatre — I think max capacity is around 1,200 seats — so it’s a pretty incredible opportunity to see this type of a production in a space where you feel really close to the action,” Waalkes said. “It’s just a beautiful place, and these Broadway productions add a lot of breadth to the offerings we have here at the Moss Arts Center.”

Broadway in Roanoke offers five other theatrical productions. This series offers productions at the Berglund Performing Arts Theatre, which seats 2,150.

“Kristin Chenoweth: For the Girls”

A season subscription package is available for the Broadway in Roanoke series, starting at $215 for all five shows. Single-show tickets are also available.

Out & About: The Second City — Remix, at The Lyric Theatre

Fans of improvised sketch comedy have a spot to hit on Friday. The Lyric Theatre will host iconic troupe The Second City. It’s at least the fi…

Kennedy Salters as Becky, Bailey McCall as Jenna and Gabriella Marzetta as Dawn in the National Tour of “Waitress.”

Gabriella Marzetta as Dawn and Brian Lundy as Ogie in the national tour of “Waitress.”

The Company of the “Rent 20th Anniversary Tour.”