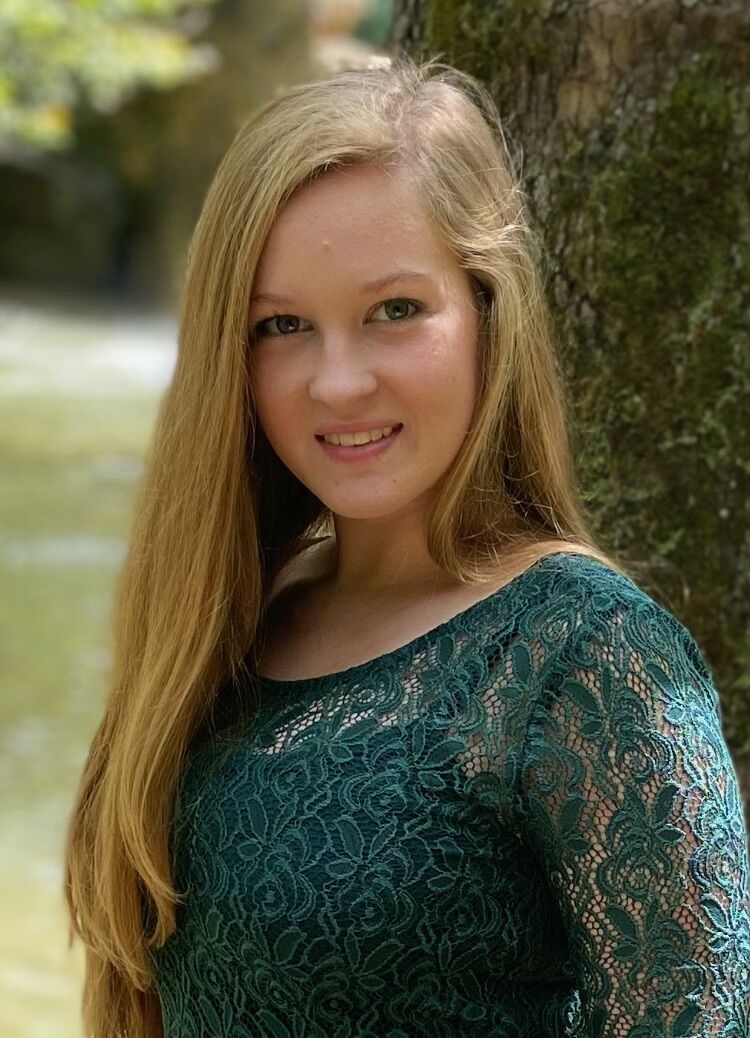 “I’ve been singing, literally for as long as I can remember,” said the 15-year-old Franklin County homeschool student. She shared a story that her mother, Sherry Locklear, likes to tell: “I was like three, and I go, ‘I would like to sing a song in church,’ and she was just like, ‘Okay what do you want to sing?’ and I’m like, ‘A song I made up!’”

After her amused mom suggested “Jesus Loves Me” instead, she agreed — but the 3-year-old insisted on singing it “a cappella” instead of accompanied by piano. “I don’t even know if I knew what a cappella was.”

Anna’s enthusiasm for all aspects of musical theater led her to become the 2021-22 recipient of Virginia Children’s Theatre’s Sarabeth Hammond Scholarship.

The scholarship memorializes Sarabeth Hammond, a Hidden Valley High School student who died in a single-car crash in 2016 at age 17. She was a cast regular with VCT, then known as Roanoke Children’s Theatre.

Sarabeth’s mother, Carolina LaRocca Hammond, serves on the VCT board of directors. Sarabeth “just had this spitfire energy,” said Brett Roden, the theater’s producing artistic director. “She was the first one to lend a helping hand. She volunteered with our camps and mentored students, and just had this warm, bubbly personality that just brought anyone joy when you walked into the room.”

Each year, VCT looks for “a student who embodies those same things,” Roden said. Those who receive the scholarship can enroll in as many VCT classes and camps as they desire for the upcoming season and get private coaching sessions with professional artists. Another perk: a guaranteed role in one of the theater’s main productions.

Anna could have landed such roles without the scholarship, though, and she has in the past. She played the genie in VCT’s recent outdoor production of “Aladdin Jr.”

Roden jokingly claimed to have poached Anna from the Patriot Players — the community theater group that performs at Patrick Henry Community College, in Martinsville. “I stole her from a dear friend.”

In fact, Patriot Players Artistic Director Devin Pendleton had encouraged Roden to come watch a play in a talent scout capacity. “I went to see ‘Frozen Jr.’ two falls ago, and Anna was playing Elsa,” Roden said. He has since recruited Anna and two others and has been holding educational outreach programs at PHCC. “It’s become sort of a nice little partnership.”

From a very young age, Anna began auditioning for and performing in plays that the traveling Missoula Children’s Theatre put on when the company visited Martinsville. However, she really got “bitten by the bug” when she portrayed Jane Fox in the Patriot Players’ “Mary Poppins” five years ago, she said.

Since joining VCT, “there’s notes that I can sing now that I wasn’t able to sing two years ago,” Anna said. “The training that I have received has definitely improved my skills and my God-given talent, and I couldn’t ask for anything better.”

As for future plans, Anna has her sights set on Nashville. “My focus and my first love is definitely country music.”

The Franklin County teenager was chosen by Virginia Children's Theatre in Roanoke as the 2021-22 scholarship recipient.