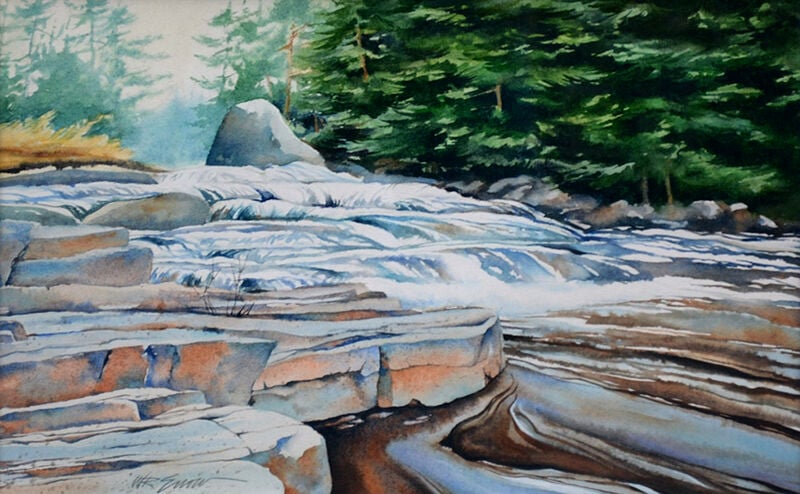 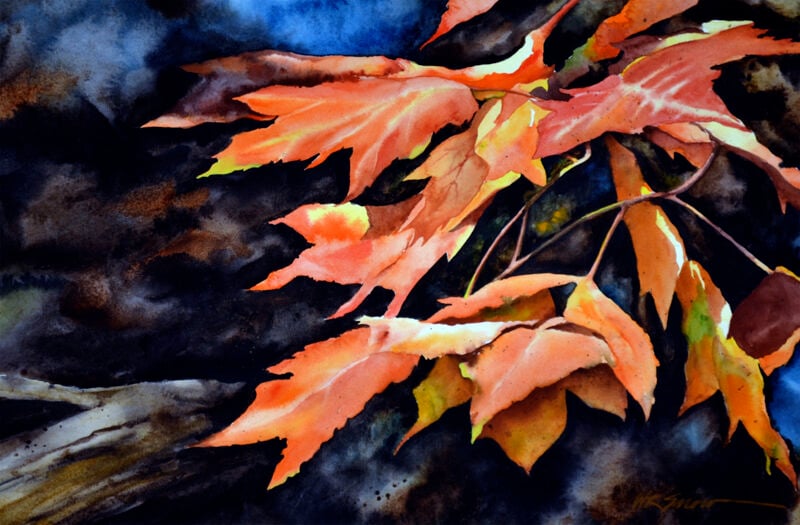 The Montgomery Museum of Art & History will host an exhibition of watercolors by Palmyra-based artist William R. Snow from May 4 to June 29 in the Lewis Miller Art Gallery, with an outdoor meet-the-artist reception on June 3 from 5 to 7 p.m. at the museum’s S. Pepper Street location in Christiansburg.

Born in 1947, William (Bill) Snow is a native of White Plains, New York. He also lived for many years in both Colorado and New Jersey, where he and his wife raised their two children. Having always enjoyed visits to Virginia, Bill and his wife retired to Palmyra in 2013 to be closer to his children and four grandsons. Bill has been involved in art almost his entire life. He attended the University of Arizona where he earned a Bachelor of Fine Arts degree in 1969. Beginning his career in New York City, he went on to work in the fields of audio-visual production, advertising, and graphic design for over 40 years. During this period, he painted in watercolor in his spare time, a medium he finds both challenging and rewarding. Since retiring, he paints full time. His paintings are representational in style and include landscapes, still lifes, wildlife, and occasional figures.

Bill is a frequent visitor to the New River Valley, and he will contribute proceeds from any sales of his work during the exhibition to The Community Foundation of the New River Valley (CFNRV). Both he and his wife have long followed the CFNRV’s work as their daughter, Jessica Wirgau, has led the organization since 2011. Bill has volunteered his time and talent to assist the CFNRV with graphic design and contributed an original watercolor to honor Laura Pynn, a CFNRV staff member, on her tenth anniversary. For his daughter, contributing the sale proceeds is yet another example of her father’s generosity and a chance for friends and colleagues to appreciate his talent: “As a child, I remember my dad squeezing in time after work and on the weekends to paint. When I was studying art in high school, he showed me some watercolor techniques and I remember thinking how incredibly difficult that medium is, but also how effortlessly he used it. He has had the opportunity in retirement to paint daily and to experiment with compositions and techniques. He has also shared his love of drawing and painting with my sons, who are always excited to see the latest work in PopPop’s studio. I am delighted that more people in the NRV will see the work that I have admired for so long, and I’m grateful that he wants to support the CFNRV with this show.”

The meet-the-artist reception on June 3 is also an opportunity for attendees to support both the Montgomery Museum and the CFNRV through GiveLocalNRV, the region’s online giving platform that supports dozens of nonprofits (givelocalnrv.org). Contributions made between June 1 to June 23, the official 2021 giving day, will count toward the giving day total and help the museum to earn additional grant and prize money. To RSVP for the reception, visit cfnrv.org/events. Learn more about the Montgomery Museum of Art & History at montgomerymuseum.org.