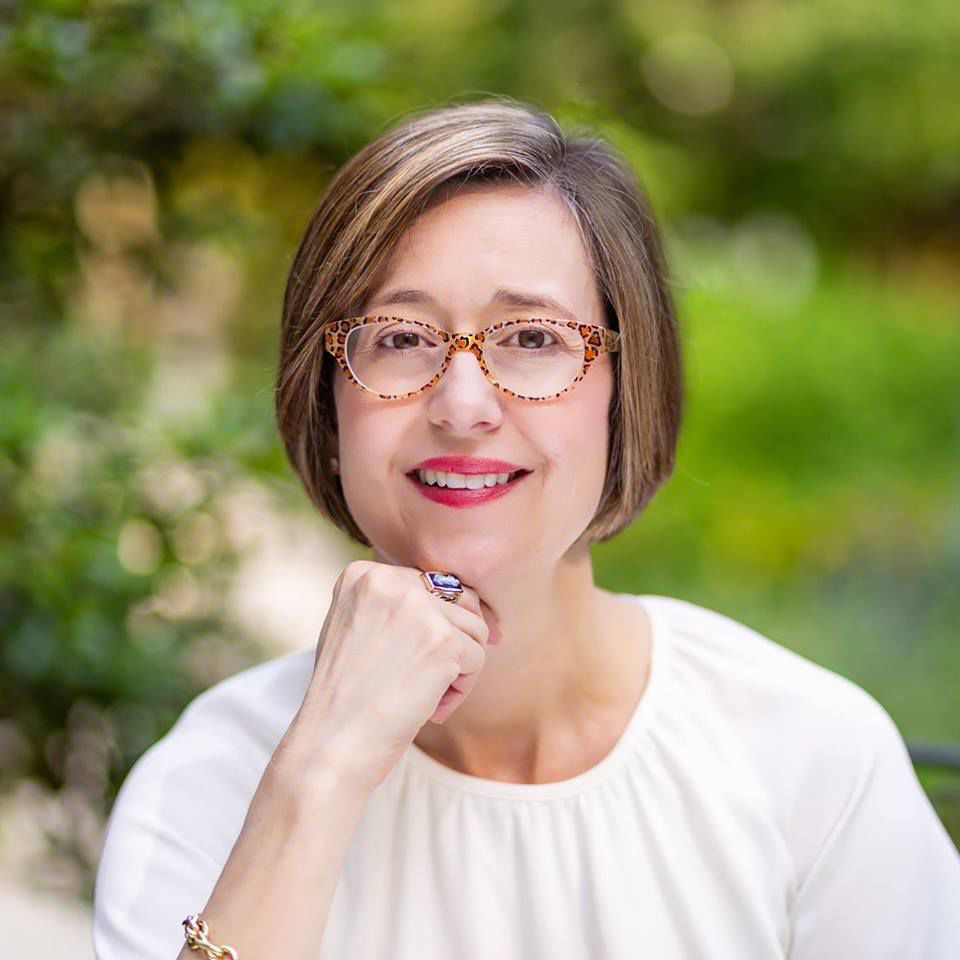 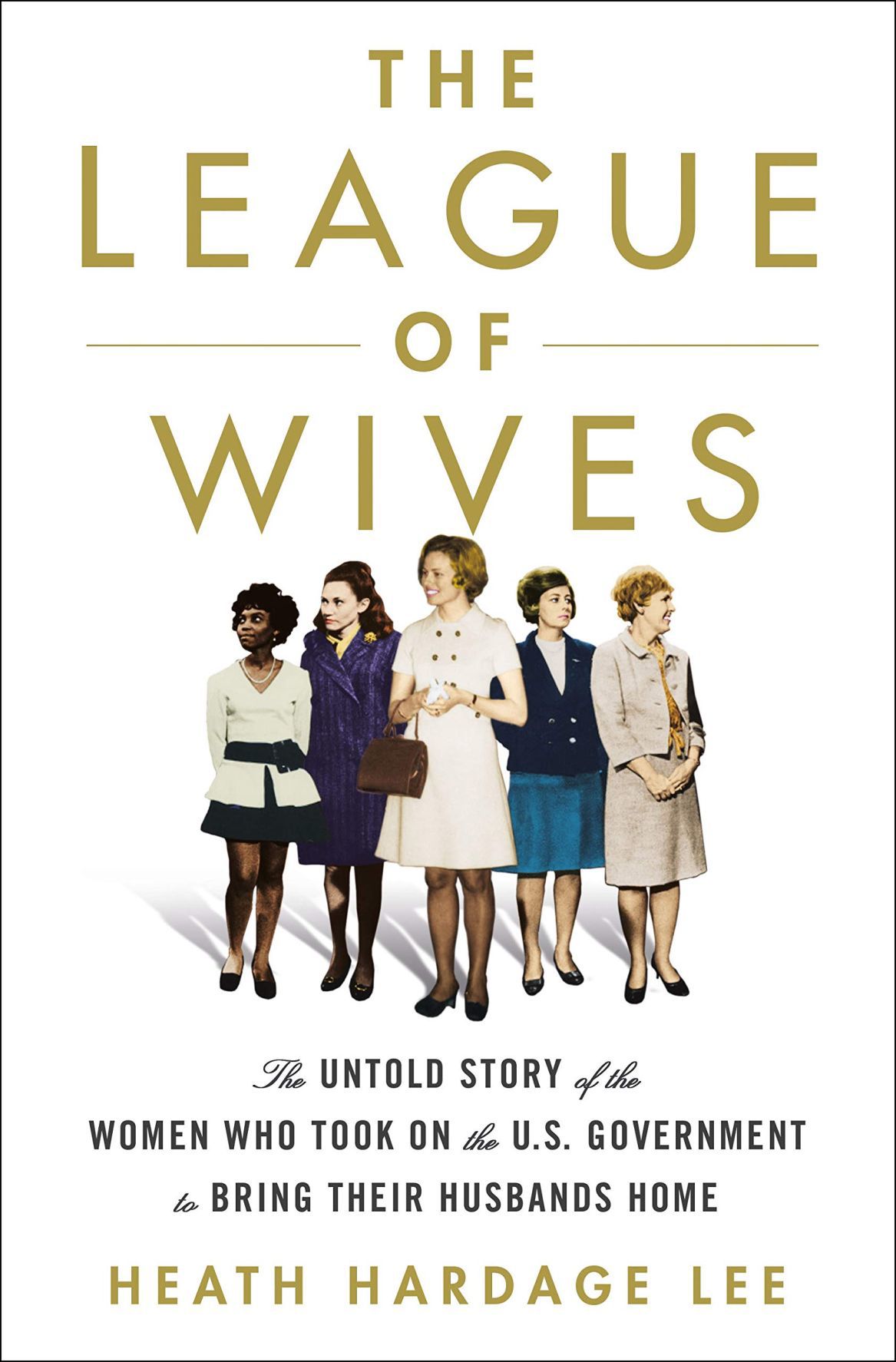 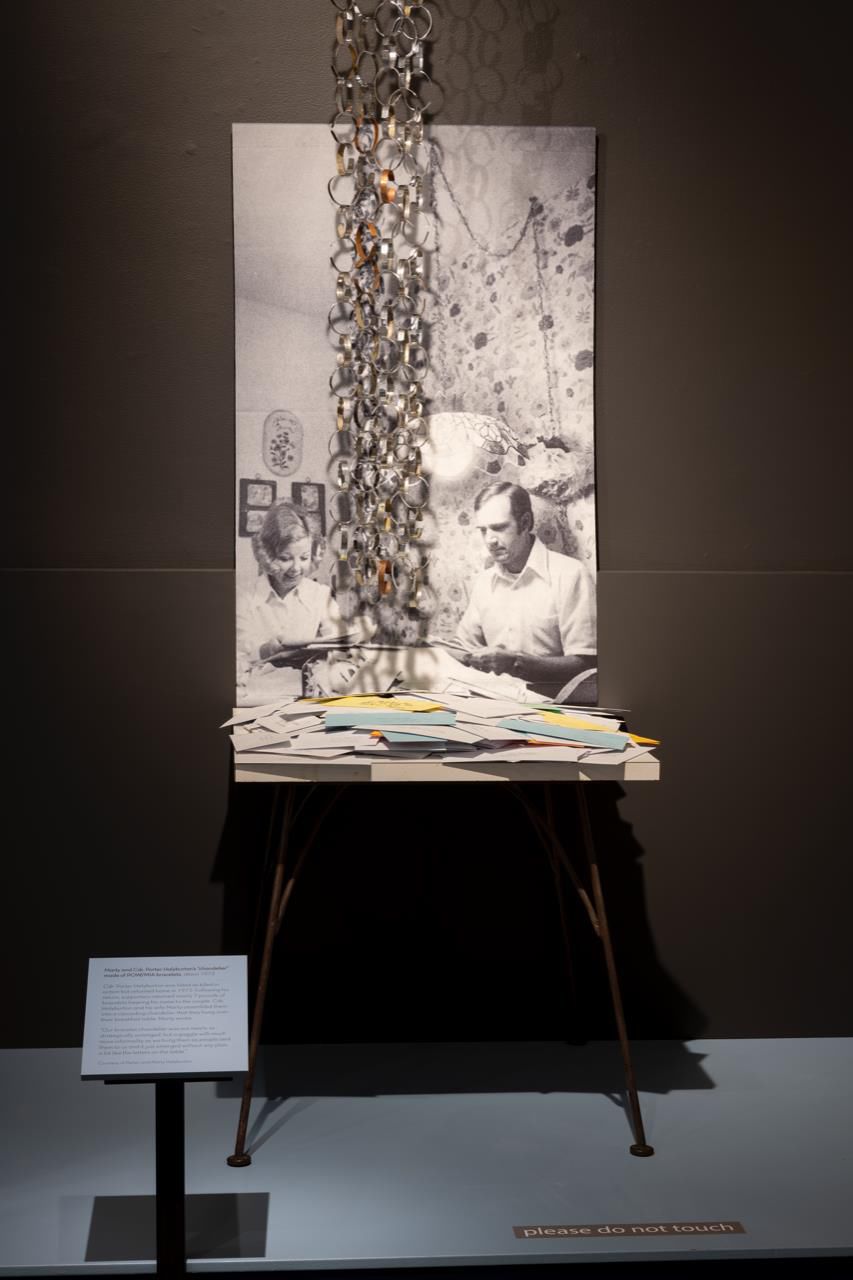 A chandelier made from POW bracelets on display as part of “The League of Wives” at the Virginia Museum of History and Culture in Richmond.

If U.S. servicemen were captured by North Vietnamese forces, their wives back home in the States weren’t supposed to talk about it — even though they knew their husbands were being tortured.

Finding the government unhelpful in ending their husbands’ plights, a group of women chose to break tradition and go public, waging a campaign in the media and lobbying officials to take action. Their efforts led to improved prisoner conditions for American prisoners of war and helped secure their release.

Roanoke author, historian and curator Heath Hardage Lee shines light on this little-discussed aspect of Vietnam War history in “The League of Wives: The Untold Story of the Women who Took On the U.S. Government to Bring Their Husbands Home,” published in April by St. Martin’s Press.

Lee’s second book debuted to rave reviews, and on top of that, Hollywood actress Reese Witherspoon’s production company Hello Sunshine purchased the film rights before the book even appeared on shelves. In a statement, Witherspoon called Lee’s book “inspiring.”

The level of interest in the book has generated appearances for Lee in venues as varied as the History Museum of Western Virginia, C-Span and the TODAY Show on NBC. On July 15 at 6:45 p.m., she’ll give a Smithsonian Associates presentation called “Wives, Mothers, and Rescuers: How Unlikely Activists Brought Their POW Husbands Home” at Smithsonian Institution's S. Dillon Ripley Center in Washington, D.C.

The TODAY show clip features interviews with two members of the National League of Families, Marty Halyburton and Andrea Rander, who was the only black woman on the league’s founding board.

Lee, 49, a Richmond native, moved to South Roanoke in 2015 after her husband, Chris, a longtime Wells Fargo executive, transferred to an office near Hollins University. The move was fortuitous, because her research into the League of Families had a strong Roanoke connection.

“One of the heroines of the book, Phyllis Galanti, is from Roanoke,” Lee said. Galanti, a shy young housewife, was driven to activism after her husband, Paul, was shot down in 1966 and held in the infamous Hoa Lo Prison, ironically referred to by the men as the “Hanoi Hilton.”

“She hates public speaking. She was trained as a French teacher but was so shy she couldn’t teach a class, but she’s thrust into this advocacy position where she becomes known as ‘Fearless Phyllis’ all across Virginia in the ’60s,” Lee said. Galanti and her husband were featured on the cover of Newsweek when he returned home. She died in 2014.

Lee’s mother was a friend of Galanti’s, and the Virginia Museum of History and Culture in Richmond has archives of Galanti’s diaries and letters. Poring over those papers, Lee learned about the League of Families. “It’s like she had just left me this roadmap for this book.”

In addition to interviewing living members of the League of Families, Lee conducted interviews with important political figures with firsthand insight, such as former National Security Advisor Henry Kissinger, U.S. Sen. Bob Dole and U.S. Sen. John McCain, who was imprisoned and tortured in the Hanoi Hilton for five years.

Lee said that, before his death in 2018, McCain “told me verbatim that had the women not gone public, that many more men would have died, continued to have been tortured, not received medical care, that their awareness-raising campaign made all the difference.”

A graduate of Davidson College and the University of Virginia, Lee has a background as a curator for history museums. As she worked on the book, Lee assembled an accompanying exhibit, “The League of Wives: Vietnam’s POW/MIA Advocates & Allies,” which premiered at the Robert J. Dole Institute of Politics in Kansas in 2017.

The exhibition has since traveled and is on display now at the Virginia Museum of History and Culture through Sept. 2. Admission to the museum is $10, with a rate of $8 for senior citizens and military personnel and $5 for children ages 6-17.

Martin Clark may have recently retired from his Patrick County Circuit Court judgeship of 27 years, but his other notable career, author of offbeat legal thrillers, continues apace.

On July 12 at 7 p.m., Clark will appear at Book No Further at 112 Market St. S.E. in downtown Roanoke to give a talk about his fifth novel, “The Substitution Order,” out Tuesday from Alfred A. Knopf.

A New York Times review of Clark’s first novel dubbed the author, tongue-in-cheek, “the drinking man’s John Grisham.” Synopses of his new novel help illustrate why this is so. The book’s flawed hero, Kevin Moore, is an attorney disbarred after a cocaine binge, who ends up working at a sandwich shop called SUBstitution, setting up the legal pun that forms the book’s title. True to the genre’s form, Moore ends up the target of a complex criminal scheme that he has to combat using all his wits and lawyerly know-how.

Admission is free. Copies of the book will be available for purchase. For more information, call 206-2505 or visit booknofurther.com.

A chandelier made from POW bracelets on display as part of “The League of Wives” at the Virginia Museum of History and Culture in Richmond.