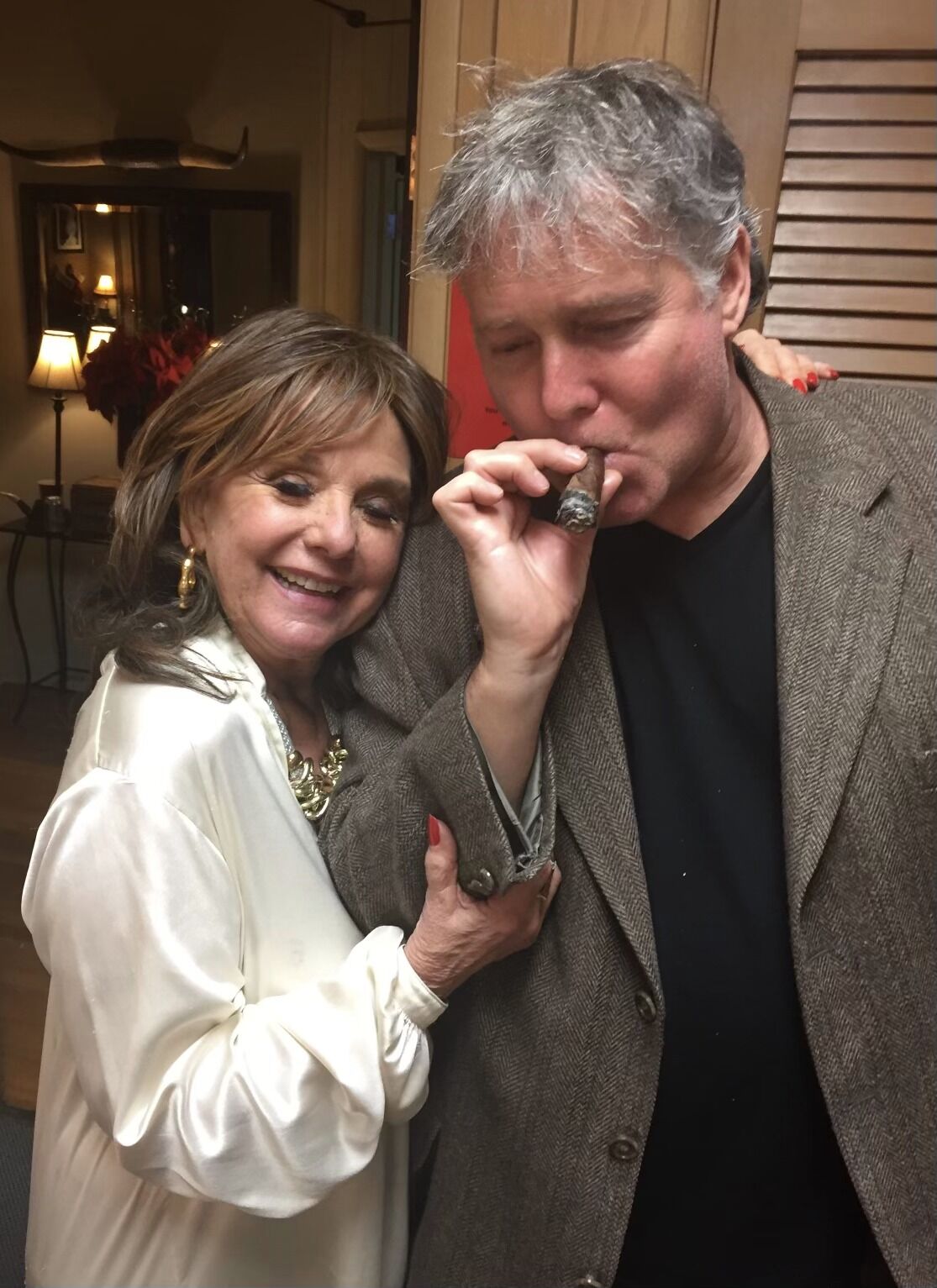 “Gilligan’s Island” actress Dawn Wells (left) and her manager, Leonard Carter, who grew up in Daleville, posed for this photo while visiting downtown Roanoke during a recent Christmas season. 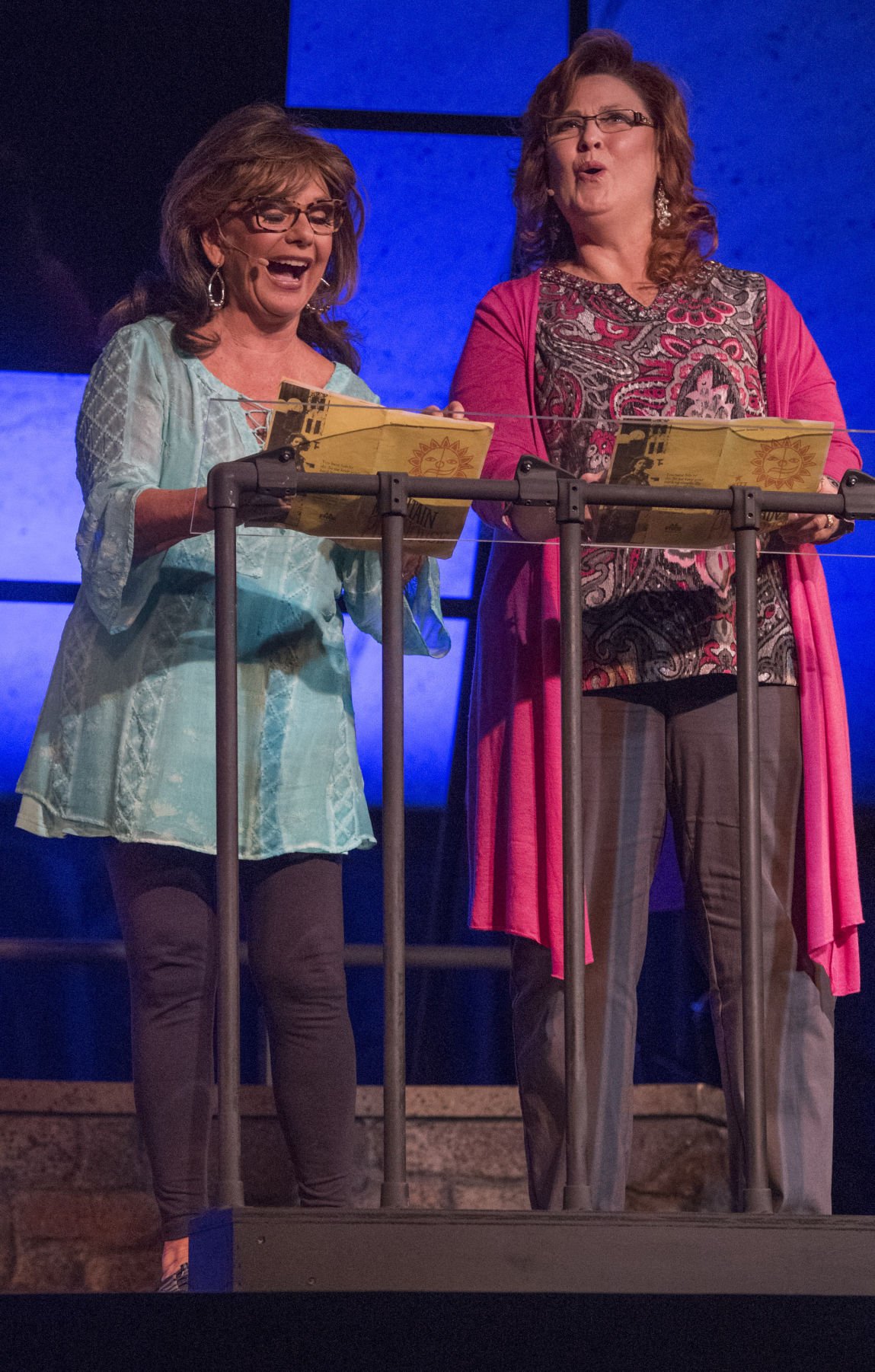 Special guest artist Dawn Wells (left) and Thesa Loving appeared as friends talking about past lovers during the Starcropolis theater festival held on Mill Mountain in 2016. 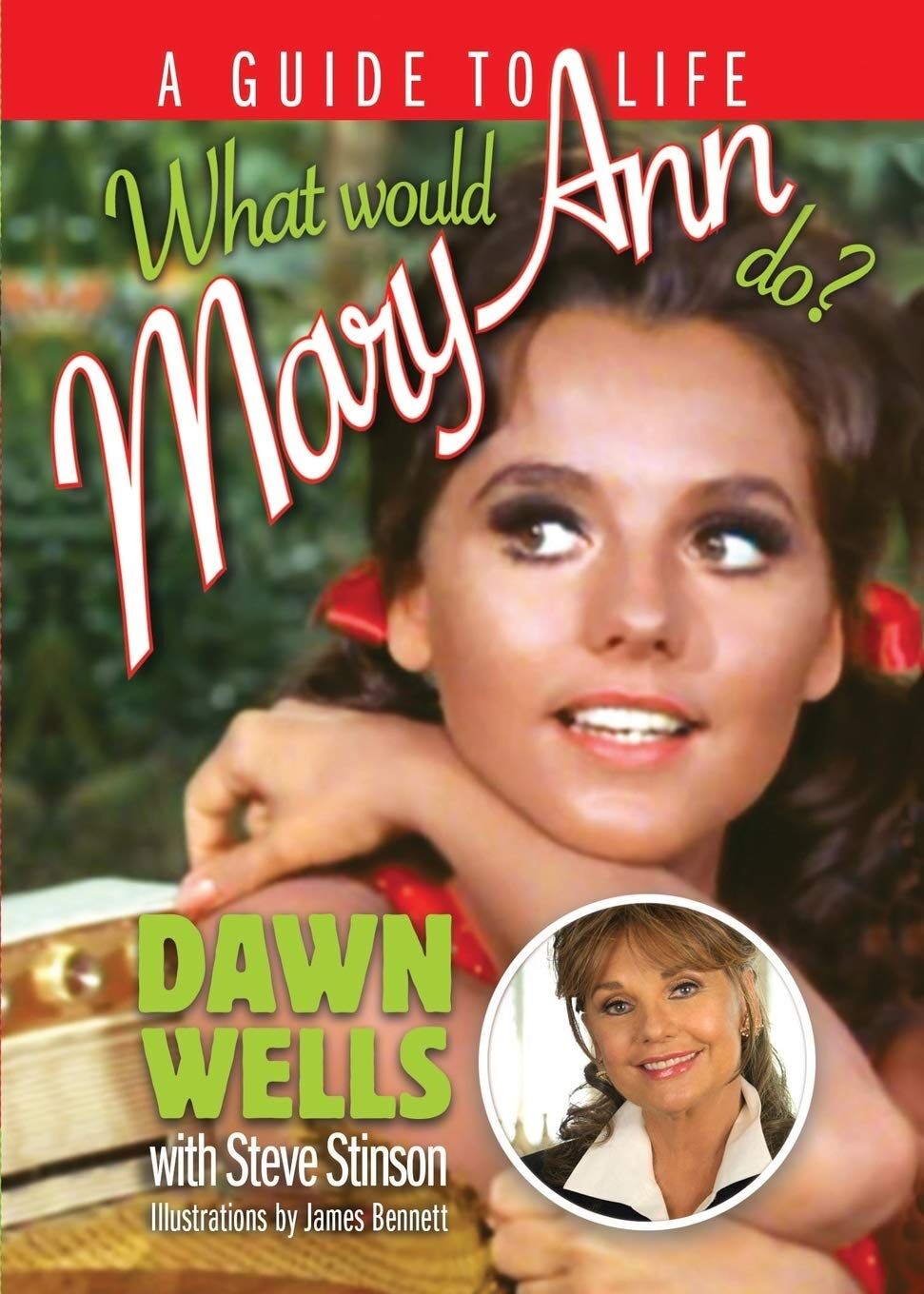 Dawn Wells’ advice book, “What Would Mary Ann Do?,” was co-written with Roanoke author and artist Steve Stinson.

Dawn Wells once appeared daily on Roanoke Valley televisions in the role of Mary Ann, the down home farm girl trapped with six other castaways on the “Gilligan’s Island” sitcom, which made millions more fans in syndication than it ever did during its original 1964-67 run on CBS.

During the last years of her life, it wasn’t at all uncommon for Wells to visit the Roanoke Valley in person.

On Dec. 30, at age 82, Wells became one of the most famous people in the United States to die from COVID-19-related causes. In marking the tragedy, major news outlets underscored how the actress leaned into her most famous character’s wholesome image, noting that she released an advice book in 2014 called “What Would Mary Ann Do? A Guide to Life.”

In that book, Wells wrote, “The core of Mary Ann is really me … If you play a character long enough on stage or screen, I think your true shelf shows through.”

Her co-author was Roanoke writer and artist Steve Stinson. “She was very down to Earth,” he said. “She was honest and she was well-spoken. She was actually very much like Mary Ann. That’s got to be the easiest way to put it. She wasn’t Hollywood at all.”

Longtime readers of The Roanoke Times might recognize Stinson, 67, as a former graphic designer and cartoonist for the paper. (He left the company in 2000.) The answer to how Stinson became the Hollywood actress’s collaborator gets simpler once you know that Leonard Carter, Wells’ manager and Stinson’s friend, grew up in Daleville and graduated from Lord Botetourt High School.

“She has been my closest friend, best client,” Carter said. “She was everything to me. I worked with her right up until her passing.”

Her last professional gig, just a few weeks ago, Carter said, involved recording a voice over for MeTV, a network that airs classic television shows. MeTV plans to air a series of Mary Ann-centered “Gilligan’s Island” episodes as a tribute to Wells starting 2 p.m. Sunday.

“They had a really great relationship with Dawn,” Carter said. “The folks at MeTV just adored her.”

Carter, 55, was encouraged to pursue his artistic dreams by his high school art teacher, Karla Hagan. “She pushed me and got me into film school in New York City.”

In 1989, he started a video production outfit in Roanoke, Carter Media. One of the companies he worked with regularly booked celebrities to appear in their commercials. That’s how he met Wells in the early 2010s.

“We shot the commercial,” he said. During filming, Carter was impressed by how quickly Wells memorized the 30-second script. When filming was over, she complimented him on the professionalism of his set-up.

She told Carter, “I have some projects that I’ve been thinking about doing that I’d love to talk to you about.” She wanted to use him as a sounding board for ideas she had for pilots and reality shows, “so we kept in touch,” he said. “We talked production.”

About a year later, when her manager stepped down to pursue a project with a different actor, Wells asked Carter if he’d take the job. He agreed to do it.

Wells had a book deal that was meant to tie into the 50th anniversary of “Gilligan’s Island,” but the project, so to speak, ran aground. Carter, familiar with Stinson’s sense of humor, thought that he might be able to authentically capture Wells’ personality, something that previous candidates had proved unable to do.

Stinson had meetings with Wells at a cabin in Fairy Stone Park to work on the book. He and the actress clicked. “I decided right away that I would write this in her voice,” Stinson said. “I wanted it to read like she was talking to you.” He also described long phone conversations with her where he typed as she talked. “I really was sort of like a stenographer.”

Though much of the book was aimed at girls, at a signing event he attended with Wells at a Barnes & Noble bookstore in New York, “every single person who showed up was male,” Stinson said with a laugh. “It was a big audience and they just lined up.”

In 2015, Carter moved to California to better handle the growing workload from managing Wells. “Thanks to Dawn, I was able to make it out to Los Angeles,” he said.

Wells returned to Roanoke to headline the 2016 theater festival Starcropolis that took place atop Mill Mountain. She also made an appearance in 2018 at the Happy Trails Virginia Style convention that offers fans the opportunity to meet stars from classic Westerns. And she would make trips to the Roanoke Valley just to visit her friends there and their families.

“It was an absolute thrill to be working with her. It’s still a thrill to be doing the things that I can do for her now,” Carter said. “She shouldn’t be forgotten because we need more Mary Anns in the world right now.”

The Roanoke Arts Commission has put out a call for freestanding sculptures that fit the theme “A New Life: Reimagining Roanoke.”

The invitation is open to artists 18 and older, with innovative approaches, collaborations and projects from regional artists encouraged. Proposals and finished works will be considered.

Accepted sculptures will be displayed in a temporary exhibition from May 17 to April 14, 2023. The last day to apply is Jan. 18. For more information, visit http://bit.ly/ReRkeSculpt.

The Taubman Museum of Art in Roanoke will host a free webinar Friday at 12:30 p.m. that will allow viewers to meet, at least virtually, the museum’s new chief curator and deputy director of exhibitions and community engagement, Karl Willers.

The former director of the Nassau County Museum of Art in Long Island, New York, Willers holds a Ph.D. in art history from Yale University and an M.B.A. in nonprofit organizations from Yale School of Management. A Texas native, he has previously worked as executive director of the Newport Art Museum in Rhode Island.

Though the webinar is free, registration is required. For more information and to register, visit http://bit.ly/TaubmanWillers.

Roanoke artist Sarah K. Parcell, 26, has set up a pop-up solo exhibition of large-scale portraits, titled “NAKED,” in what was previously an empty structure in southeast Roanoke.

“Gilligan’s Island” actress Dawn Wells (left) and her manager, Leonard Carter, who grew up in Daleville, posed for this photo while visiting downtown Roanoke during a recent Christmas season.

Special guest artist Dawn Wells (left) and Thesa Loving appeared as friends talking about past lovers during the Starcropolis theater festival held on Mill Mountain in 2016.

Dawn Wells’ advice book, “What Would Mary Ann Do?,” was co-written with Roanoke author and artist Steve Stinson.