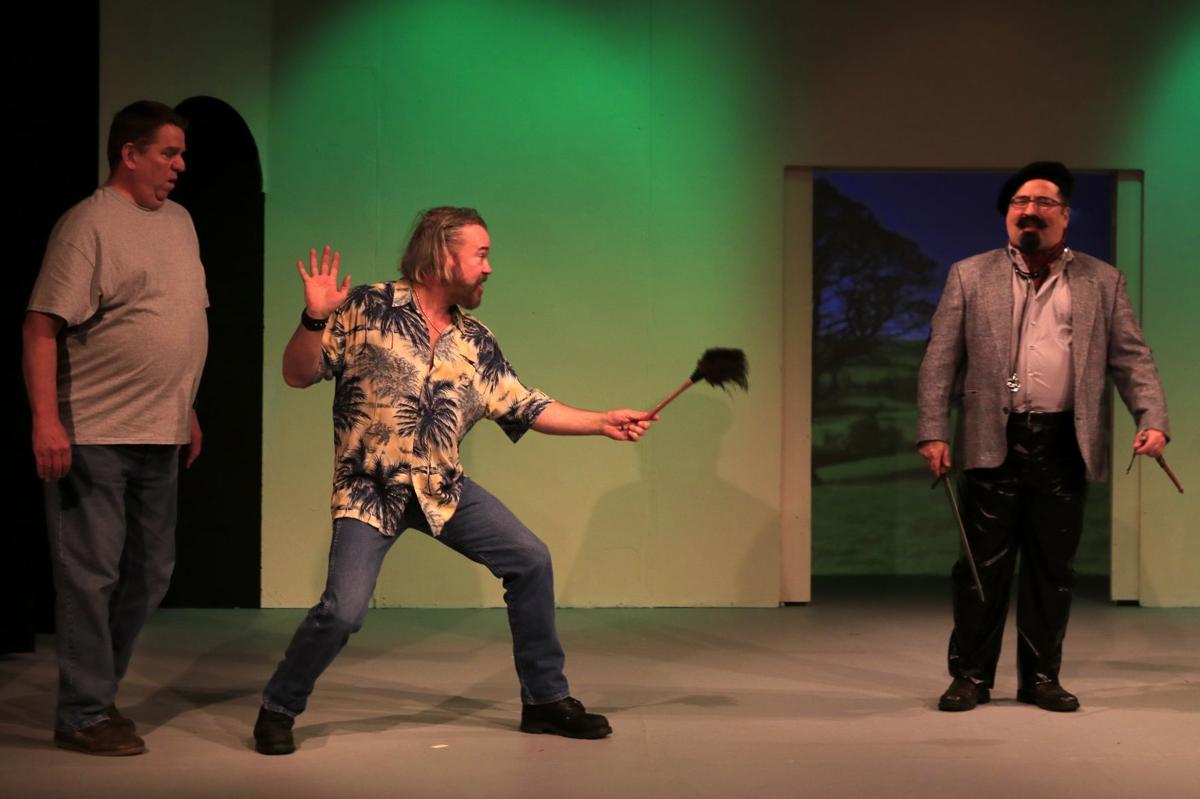 Mike Pilcher (from left), Christopher Reidy and Simon Adkins appear in “The Merry Wives of Windsor” earlier this year. 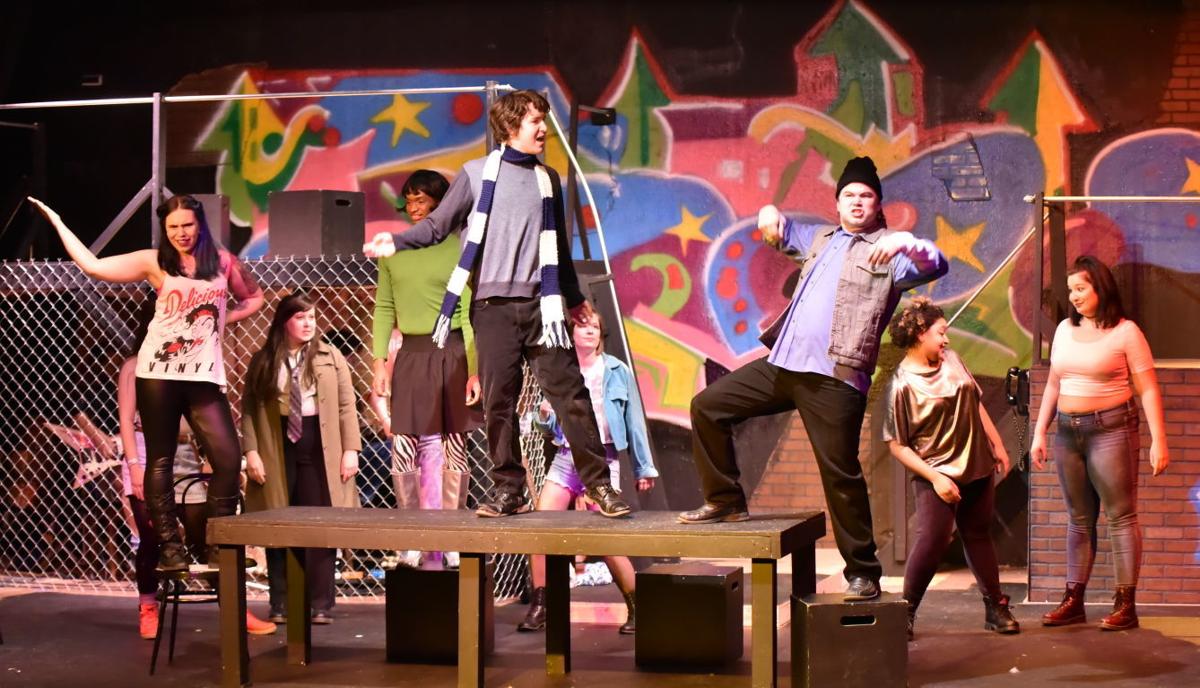 The musical “Rent,” shown at Showtimers, takes much of its inspiration from Puccini’s opera “La Boheme,” replacing the poor Parisian bohemians of the early 19th century with modern artists in New York City’s East Village. Showtimers put on the show in 2016. 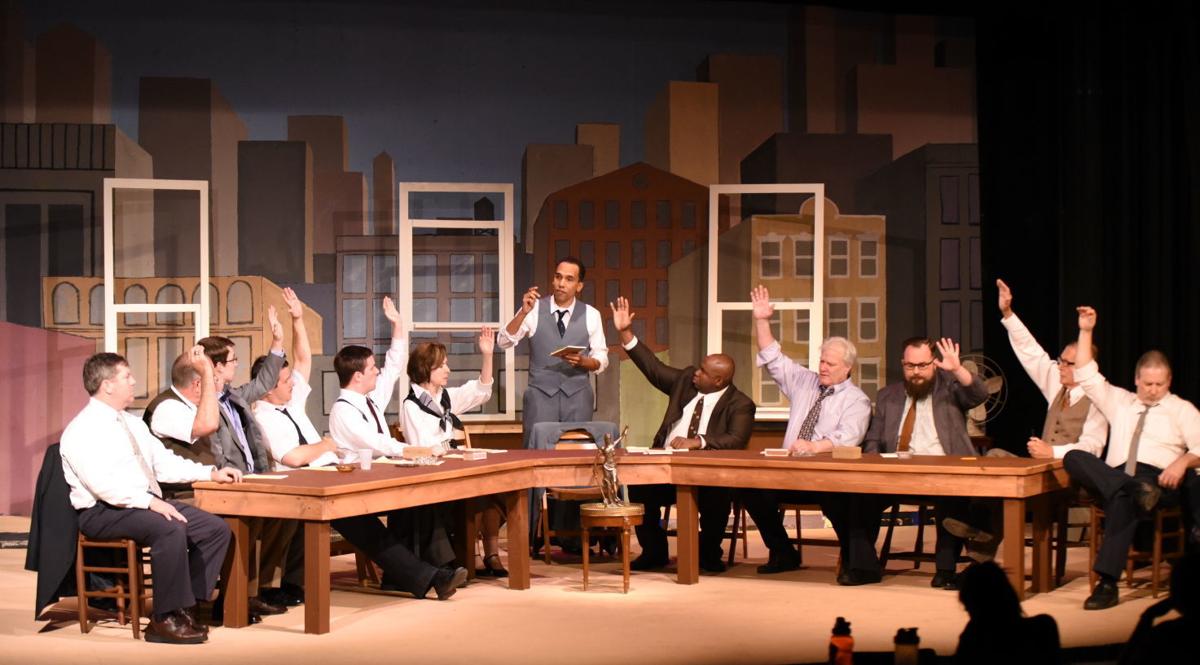 “Twelve Angry Men” at Showtimers Community Theatre in Roanoke in 2015 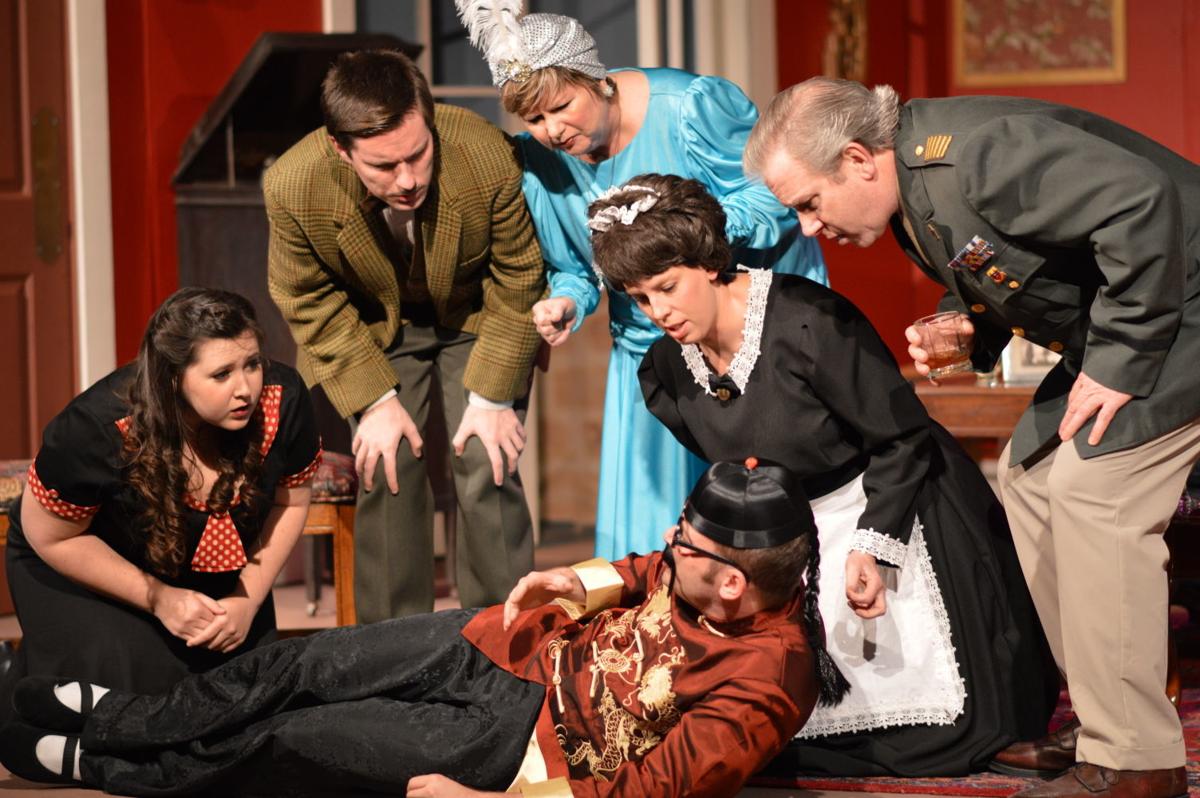 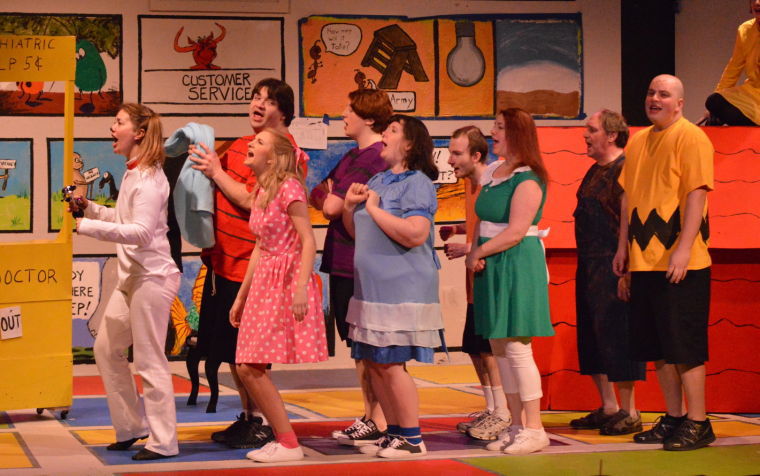 Showtimers Community Theatre in Roanoke planned to celebrate its 70th season this year with a revival of the musical “Godspell,” the family drama “The Curious Incident of the Dog in the Night-Time” and a wacky comedy, “Dracula Rides Again,” that mashed up old Westerns with monster movies.

The Roanoke Valley’s oldest community theater did manage to put on the very first play in its schedule, William Shakespeare’s comedy “The Merry Wives of Windsor,” but then the season was done in by the COVID‑19 pandemic, much like the hapless victims of the two charming but murderous aunts from “Arsenic and Old Lace,” the very first play Showtimers ever put on, way back in 1951.

While Gov. Ralph Northam’s office has begun issuing guidelines for how entertainment venues can reopen, the Showtimers board came to the conclusion that patron and performer safety had to trump the old adage that the show must go on. The remainder of Showtimers’ 70th season is canceled.

“Our auditorium size would make social distancing quite difficult and would limit the number of patrons per performance massively,” wrote Showtimers president Aaron Sifford in an email.

“People are being asked to refrain from singing. That alone took out two shows and socially distancing actors would be a new challenge for sure. Our stage space just would make it impossible.”

Making that call wasn’t easy, he wrote. “This was a big anniversary for us.”

Formed in 1950, Showtimers started out as a group of like-minded theater buffs putting on plays during the summer on the Roanoke College campus in Salem. Their debut performance of Joseph Kesselring’s “Arsenic and Old Lace” took place in July 1951, according to the theater’s official history page.

In 1961, the amateur company purchased the former Oak Grove Church of the Brethren at 2067 McVitty Road S.W. and began the yearslong process of remodeling it into a theater. At first the company used it only for rehearsals. They completed the work in 1971 with help from a fundraiser and have put on their plays there since.

At least one play that premiered at Showtimers is performed around the world today. The late Roanoke writer Nelson Bond wrote the first stage adaptation of George Orwell’s anti-totalitarian fable “Animal Farm.” Showtimers staged the play in 1961, directed by Bond, three years before its publication by Samuel French.

The nonprofit’s most recently available tax forms show an all-volunteer organization that is small but healthy, with the bulk of its income coming from ticket sales.

Despite canceling the 2020 season, Showtimers doesn’t intend to go dark. “We know people miss the arts,” wrote Sifford. “We do too! We’ve opted for some online performances that are on our Facebook, where the actors performed via Zoom.”

The building’s large front porch might double as a stage for outdoor performances, Sifford wrote. “We hold a unique place in the community, we’ve been around since 1951, we’ve grown and moved and adapted before. The board just sees another opportunity for us to shift and continue to grow.”

Radford nonprofit MountainTrotter Arts has put out a call for submissions for “Pandemic Perspectives,” an art show open to New River Valley residents that will be displayed from July 20 to Oct. 11 in the Central Depot Courtyard on Radford’s West Main Street. Open to all ages, with no entry fee, the exhibition seeks artwork created during the pandemic. The deadline to apply is July 6. For more information, visit https://mountaintrotterarts.com/ pandemicperspectives.

The deadline for nominations for the 2020 Perry F. Kendig Awards honoring excellence in Roanoke Valley arts has been extended until Sept. 1, 4 p.m. For more information, visit https:// kendigawards.com.

Mike Pilcher (from left), Christopher Reidy and Simon Adkins appear in “The Merry Wives of Windsor” earlier this year.

The musical “Rent,” shown at Showtimers, takes much of its inspiration from Puccini’s opera “La Boheme,” replacing the poor Parisian bohemians of the early 19th century with modern artists in New York City’s East Village. Showtimers put on the show in 2016.

“Twelve Angry Men” at Showtimers Community Theatre in Roanoke in 2015