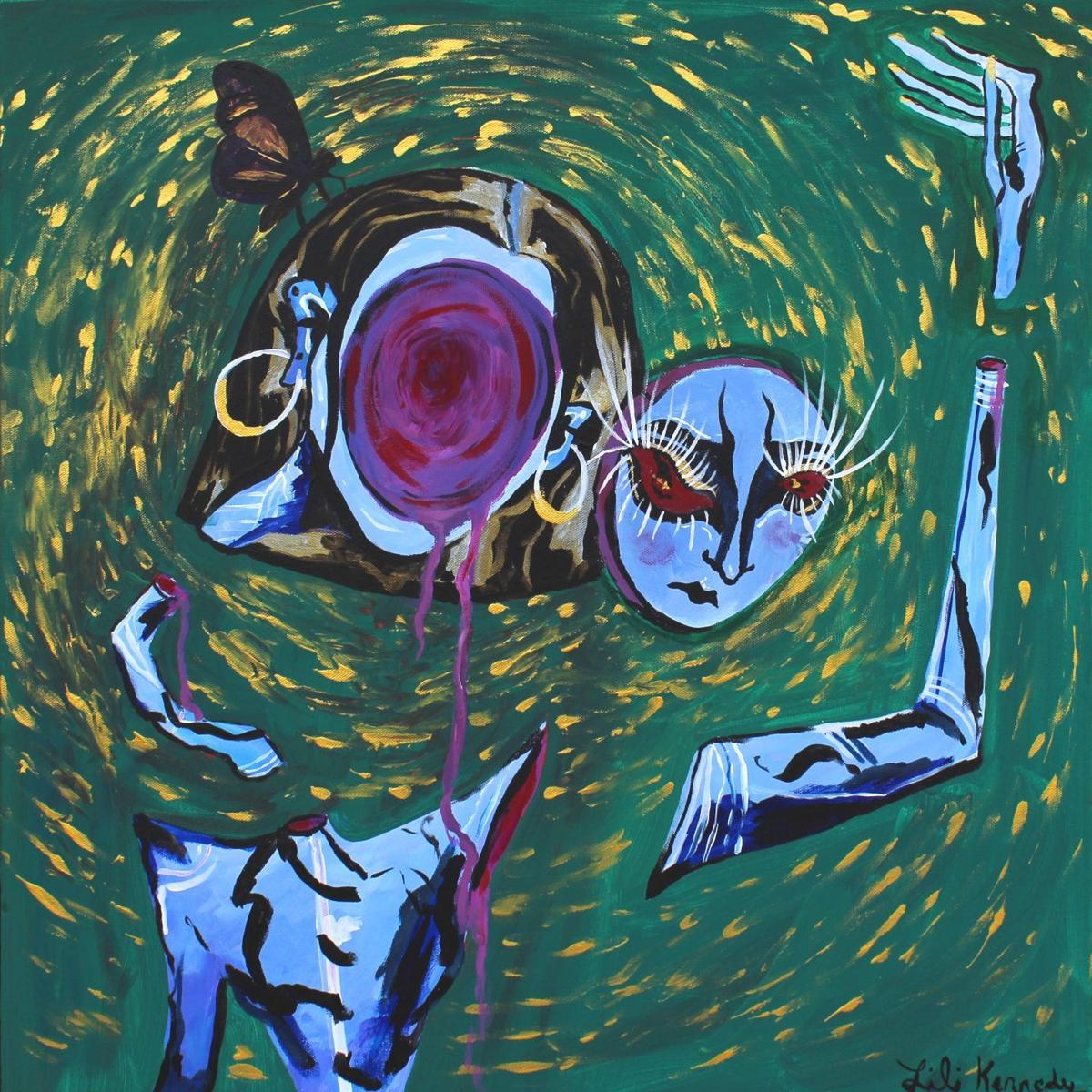 Cover of the new, self-titled CD from Hovering 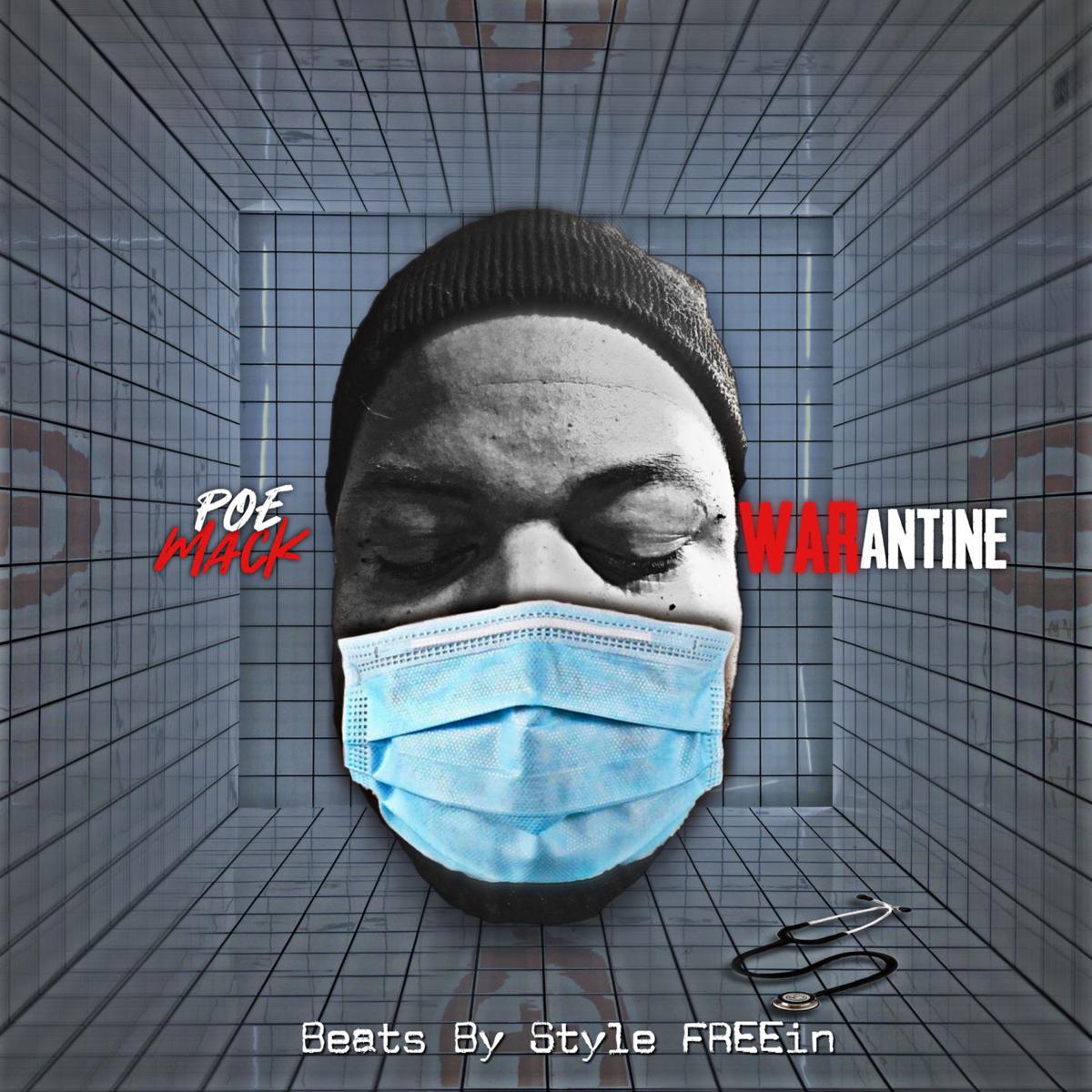 In work world, few feelings demoralize more than a pile of stuff you’d like to get to, but can’t take precedence. At this desk, that’s the story with CD reviews.

Sure, when COVID-19 hit, there was a possibility of enough free time to do a bunch of it. But other stuff got in the way, in particular, covering actual news.

Looking at the pile of discs and tabs of Bandcamp pages can’t go on, though. A bunch of really talented local acts have sent fresh music this way, and it won’t go unmentioned.

Hence, this column topic. While these aren’t reviews, per se, be assured I listened to every note, albeit as background music during a working day. What a deep well of talent we have in the valley. Hit the links and stream for yourself to see, and by all means, consider buying them. These acts worked hard to make stuff worth hearing.

Hovering is an all-woman, all-star group of indie rockers that released new music in August. The quartet — Camellia Delk (The Bastards of Fate), Jamie Cheatwood (Bazaar of Roanoke, The Spot on Kirk), Sara “Slayrah” Hobbes and Nicole Yun (Eternal Summers) — switch instruments while writing and recording their own music with engineer John Thompson at The Mystic Fortress.

Good lead vocals and harmonies from all band members abound, and there is no weak link, instrumentally, which tells you that they all play very well, and tightly, together. Hear it at hovering1.bandcamp.com.

It’s tough to keep track of Roanoke rapper/producer/promoter Byron “Poe” Mack‘s output. I had to scroll way up in our Messenger thread to get the number he sent me last November, after he released “Aaliyah’s Day.” That was his 25th album or EP release, and less than a year later, he has followed it up with No. 26, the EP “WARantine.”

Powerful lyrics spoken through a flowing voice of experience have been the rule for Mack, and that doesn’t stop here. Textured production, too, is the rule. See the heartbreaking “Other Side” video at poemack.com. Hear the full CD at mackstrumentalrecords.bandcamp.com.

Roanoke resident Al Bloch grew up in Seattle and later moved to Los Angeles, where he played bass guitar in bands including Wool and Concrete Blonde. Roanoke, where his wife grew up, has been home for the past couple of decades, and while he didn’t play out, he kept recording. Most recently, he dropped “It Was All Once Bright Jewels,” recorded in March, in his hometown.

It rocks and rolls, and Bloch’s voice is good, which pulls it all together. His daughter, Olivia, provides vocals, too, and his brother Kurt (The Fastbacks, Young Fresh Fellows) recorded it and played some ripping guitar. Hear it at bit.ly/alblochBrightjewels.

The group’s EP, “Relief,” shows promise, which the band hopes to fulfill on an upcoming full-length CD. Hancock’s rapping and lyrics pair well with the band’s mostly laid-back pop, rock, soul and jazz mix. Hear it at harvestblaqueandcompany.bandcamp.com.

It’s kind of a two-for-one deal, with an EP’s worth of songs, repeated as instrumentals. Check it out at macklyn.bandcamp.com.

FloydFest audiences have seen William Seymour with Under the Radar winner Rebekah Todd & the Odyssey, but he has his own thing going, too. And recently, Seymour has relocated to Roanoke from Greenville, North Carolina.

His new album, “Make Love Instead,” has a variety of stylistic influences and plenty of vintage soul instrumentation. The song “Star City,” about the love that brought him here, has a definite Avett Brothers lean. Go to bit.ly/williamseymoreSpotify to check out the record.

On a final note, let’s hope we can gather again soon someday, to hear all of these acts.

Oscar-winning actor Jeff Bridges says he is being treated for lymphoma. Bridges' Hollywood career stretches over six decades and has starred in over 70 films including "True Grit" and "The Big Lebowski."

Actress and producer Sarah Wylie once ran the Open Air Shakespeare NRV community theater in Christiansburg. Now she's partnered with cast members from SyFy's "The Magicians" to produce a film starring Danny Trejo, a.k.a "Machete," in a much more serious role.

Field Notes: The rest of your autumn leaves

Put aside that ear-blasting, gaseous debris blower and remember the deep goodness of an actual autumn landscape.

The animated series follows the son of the most powerful superhero on the planet as he develops powers.

The CBS All Access limited series based on Stephen King's novel explores a world decimated by plague.

Live music in the valleys and beyond ...

cutNscratch: Roanoke artist's work is getting lots of eyes

The past 12 months have been high-profile ones for Roanoke artist Bryce Cobbs.

Movies in a Minute: 'Love and Monsters' and 'Borat Subsequent Moviefilm'

Cover of the new, self-titled CD from Hovering