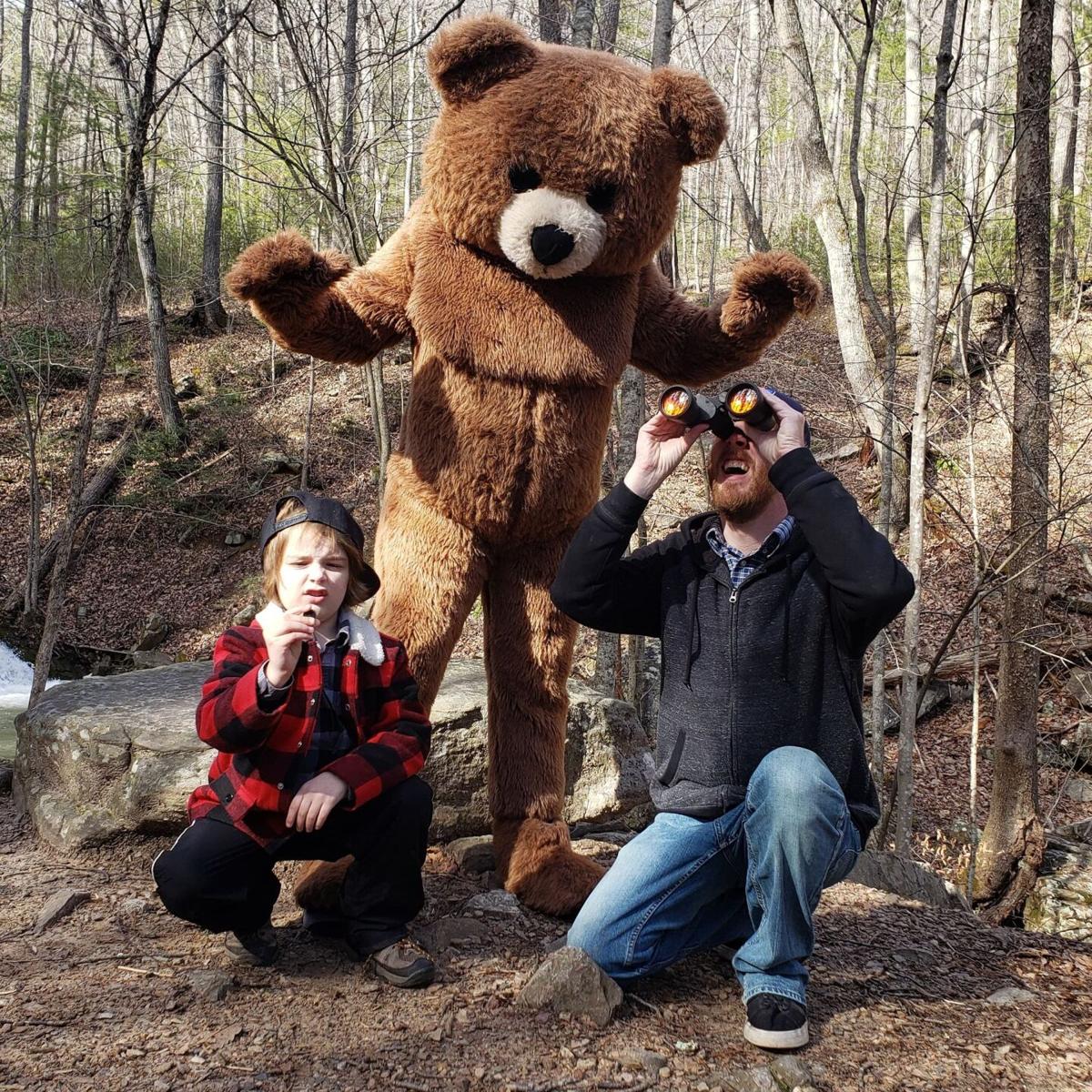 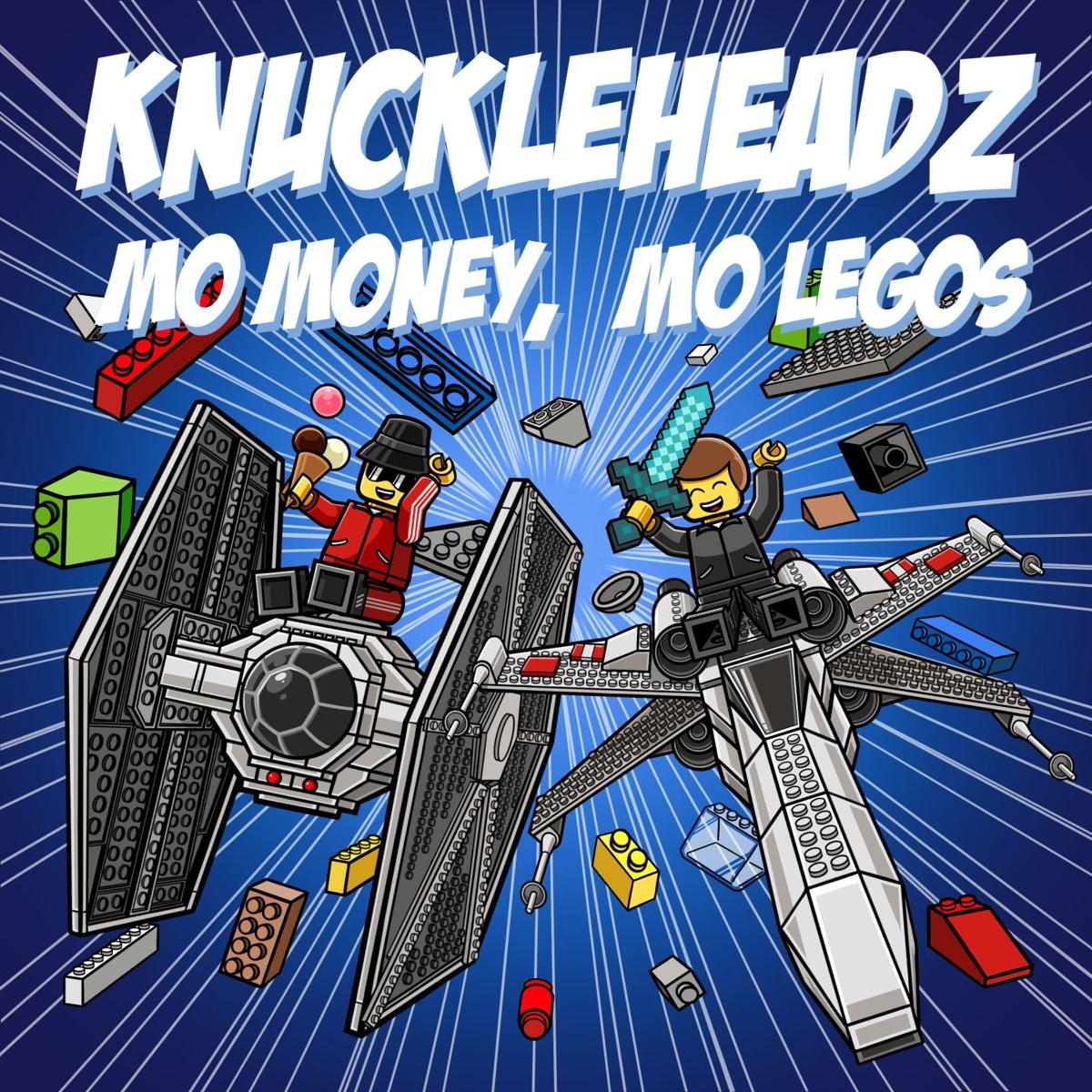 That last act, from Roanoke, has something cool in common with the aforementioned purveyors of weird and cool music. They’ve all been atop radio living legend Dr. Demento’s playlist in recent weeks.

Demento, aka Barry Hanson, has been spreading the gospel of what he calls “mad music and crazy comedy” since the 1970s, but the Radio Hall of Fame member isn’t on that medium these days. Listeners can subscribe to his show on the internet, though, where he has tens of thousands of followers. Many of them recently showed love for Knuckleheadz, aka Stephen “Stevie D” Davies and his 8-year-old son, Jax.

They recently released their second album, “Mo Money, Mo Legos.” The elder Davies sent a couple of CDs, with a letter, to Dr. Demento, in hopes of getting played.

A couple of weeks later, Demento hit Davies’ inbox: “I really like the song ‘Peed in My Pants,’” the old DJ wrote. “I want to play it on the show.”

The next week, he did.

“He talked about us on the show,” Davies recalled, switching to an attempted Demento impersonation: “‘And this next song is a song by a father-son rap group in Roanoke, Virginia, and they go by Grandmaster Jax and Old Dirty Dada.’

Sample lyric No. 1: “We was about to open up for The Wiggles/I drank the juice and then I had a couple Mountain Dews … I went to the bathroom and there was a big line/Next thing I know they call us up on the stage/The crowd stood there in a daze ‘cause I peed,” raps Stevie D, the song’s untimely pants-wetter.

It was a hit on the Dr. Demento official Facebook page. Many members voted “Peed in My Pants” into the next week’s top 10, where Demento played it alongside Zappa, Beefheart, Weird Al and others.

Sample lyric No. 2: “I need two scoops of your love, with some sprinkles on top/You can put it in a cone or you can put it in a bowl/Just put me in your heart and let the love take control,” Stevie D raps. Meanwhile, Grandmaster Jax tries to get in an order of actual ice cream.

“I just love to hear him talk about us,” Davies said of Demento, returning to an impression more akin to the late Andy Rooney: “‘Have you ever been to an ice cream shop and you wanna get ice cream but your dad keeps flirting with the ice cream girl?’

He’s got good company among fans of comedy rock and nerdcore rap. Davies never tried to get his old band, Illlbotz, on the show. Coincidentally, Davies is a big fan of Yankovic, whom Demento introduced to a larger audience during his radio days.

“With Illbotz, I felt like maybe we were too dirty, but he plays a lot of dirty stuff,” Davies said. “But Knuckleheadz is a little bit more universal. We can play that anywhere, which is new for me.”

Recordings from a red room

Illbotz have a song called “Marshall (The Friendliest Punk In Town),” dedicated to Marshall Hicks. These days, Hicks does most of his music with rock band Virginia Electric, but his past gigs include The Makeout, Nancy & Two Meteors and The Wading Girl.

Hicks released his own project, “The Red Room,” on Valentine’s Day. The six-song record, found at https://marshallhicks.bandcamp.com, shows a much bigger interest in piano pop than we previously knew. In punk fashion, the lo-fi batch, recorded late last decade, features a piano that needs a wee bit of tuning. It’s got a lot of charm, though.

Highlight track is the seasonally appropriate “Winter Coat,” a rueful, bluesy look back at a past cuffing season episode.

A trio of southwest and southern Virginia acts is scheduled to be part of on online music festival.

Kat Mills, The Wildmans and Adam Hurt have joined the lineup for Folk Alliance’s Folk Unlocked. Folk Alliance, the leading nonprofit organization for folk musicians and the folk music industry, has scheduled more than 800 hours of music from an international lineup, in a virtual festival that runs Monday-Friday.

Blacksburg-based Mills, one of the early FloydFest stalwarts, maintains her performance and recording career, though you’re more likely to see and hear her in online performances these days.

The Wildmans, from Floyd County, have been more recent FloydFest regulars. The young acoustic band has what the sports geeks call “tremendous upside,” and a ringer in banjo player Victor Furtado, who in 2019 won the Steve Martin Prize for Excellence in Banjo and Bluegrass.

Hurt, a transplanted Minnesotan, is one of the best clawhammer banjo players in the land, and Ricky Skaggs calls him the best at the “drop thumb” technique. Danville-based Hurt debuted at No. 4 on the Billboard Bluegrass Albums chart in December with his record, “Back to the Earth.”

Get tickets to the “pay what you’re able” festival via https://folk.org/showcasedonation. See the full — and highly impressive — schedule at https://folkunlocked.pathable.co/unlocked-showcases.

AMC’s “The Walking Dead: World Beyond” is back in the Richmond area filming season two and looking for extras.

'SNL' opened with Aidy Bryant, dressed as if just back from a tropical vacation, as Sen. Ted Cruz, who went to Mexico as a winter storm hit Texas.

Berglund Center is busy this week, rolling out the drive-in concert announcements. On Wednesday, the venue said that it has booked two of the …

Lady Gaga's dog walker was shot and two of the singer's French bulldogs, Koji and Gustav, were stolen in Hollywood during an armed robbery, police said.

Live music in the valleys and beyond...

The fan-voted On-the-Rise competition and the Local Love series return to the event.

LOS ANGELES (AP) — Lucasfilm says Gina Carano is no longer a part of “The Mandalorian” cast after many online called for her firing over a social media post that likened the experience of Jews during the Holocaust to the U.S. political climate.

Things are going to get super soulful and funky in the Berglund Center Parking lot in May.