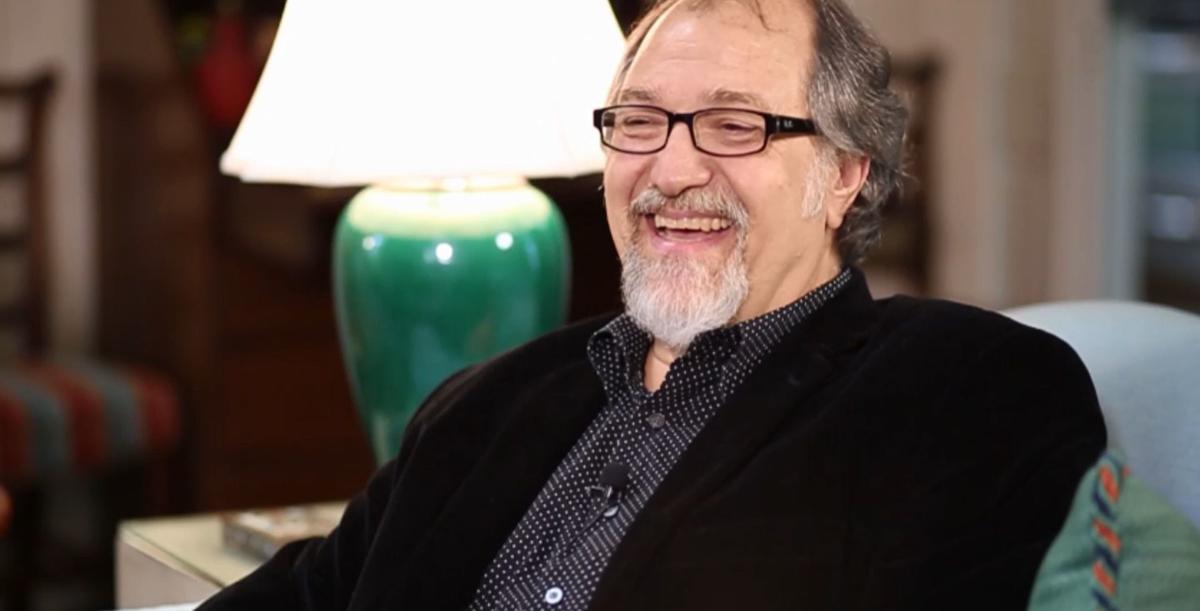 Ernie Zulia, 67, will be stepping down as head of the Hollins Theatre Institute and retiring from the Hollins University faculty when the spring semester ends. 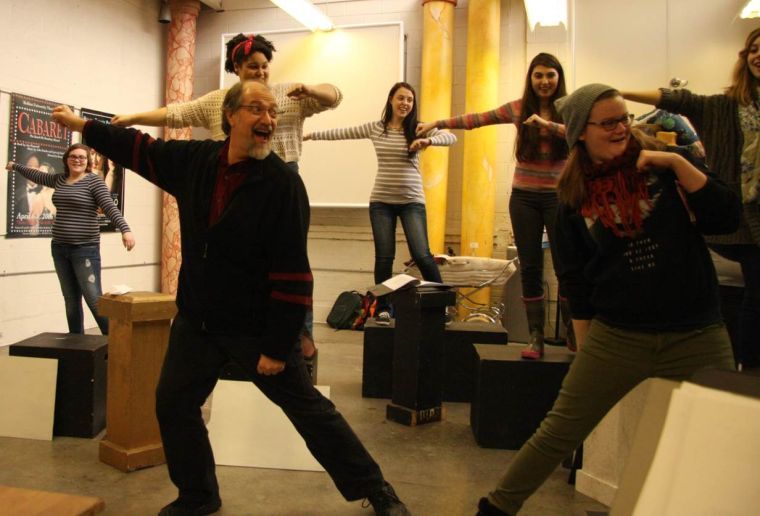 Hollins Theatre director Ernie Zulia (front left) leads the cast in a 2015 rehearsal of “The Adventures of Iris and Walter,” adapted by Hollins graduate Nicole Adkins from a popular children’s book series by Elissa Haden Guest, also a Hollins graduate.

A career theater professional in Roanoke is about to step into the wings — and prepare for his next act.

Ernie Zulia, 67, will be stepping down as head of the Hollins Theatre Institute and retiring from the Hollins University faculty when the spring semester ends. “I’ve had a fantastic run at Hollins,” he wrote in an email. “In many ways, it was a marriage made in heaven.”

His replacement will be Wendy-Marie Martin, 50, a Ph.D. candidate in theater and playwriting at Ohio University. Martin’s name will be familiar to theater-goers who have attended such Hollins Theatre-Mill Mountain Theatre collaborations as Overnight Sensations and the Winter Festival of New Works. She earned her Master of Fine Arts from the Hollins Playwright’s Lab in 2014, and has since directed staged readings and plays on MMT stages.

“I am honored to have the opportunity to guide the program Ernie has built so successfully into the future,” Martin wrote in a Facebook message. “I’ve got a huge pair of shoes to fill and I look forward to doing my best to uphold the high level of excellence Ernie has established while also making space for diverse voices and acts of radical inclusivity.”

Zulia wrote that Martin is “the perfect heir. A transplanted Californian, she knows Hollins, and loves Roanoke. She brings new talents and fresh perspectives, not to mention enormous talent and great humanity.”

Zulia, an Ohio native, first got involved in the Roanoke theater scene in the summer of 1976, when he came straight from college in western New York to act in Mill Mountain Playhouse’s summer shows. At that time the theater company still put on its productions at the Rockledge Inn atop Mill Mountain. In October of that year, Rockledge Inn burned to the ground, the result of an apparent arson.

The theater, however, persevered, moving into the empty Grandin Theatre and launching the “Phoenix Season” in summer 1977 with a smash production of “A Funny Thing Happened on the Way to the Forum” that Zulia was part of.

A decade later, after he earned a Master of Fine Arts from Northwestern University, Zulia moved to Roanoke and became Mill Mountain Theatre’s associate artistic director. Working under longtime MMT artistic producing director Jere Hodgin, Zulia and collaborator David Caldwell adapted Robert Fulghum’s bestseller “All I Really Need To Know I Learned In Kindergarten” for the stage. Soon after a world premiere at Mill Mountain, Zulia left Roanoke to direct performances of the play all over the world.

By 2004 he had made his way back to Roanoke to direct and teach as a guest artist at Hollins — and ended up hired as theater department chair. Zulia recruited Hollins Playwright’s Lab founder Todd Ristau to the faculty and created the Hollins Theatre Institute as an umbrella for the department’s undergraduate and graduate programs. A $3 million gift from the James S. McDonnell Family Foundation allowed Zulia to oversee an extensive renovation and upgrade of the university’s 97-year-old theater.

As the renovation was underway, the institute under Zulia began to produce stage adaptations of acclaimed books by university alumnae, such as Annie Dillard’s “Pilgrim at Tinker Creek” and U.S. Poet Laureate Natasha Trethewey’s “Bellocq’s Ophelia.”

In 2016, Zulia brought theater back to the top of Mill Mountain, advocating for and co-organizing the Starcropolis theater festival that presented skits based on memories of the Roanoke Star and featured “Gilligan’s Island” actress Dawn Wells.

With the onset of the COVID-19 pandemic, Zulia became a caretaker for his parents. His father, Sam, died in February, just 10 days after his brother Mike died of complications from multiple myeloma. Zulia wrote movingly about the experience in a March 21 essay for The Roanoke Times.

The choice to become a caretaker precipitated his decision to step down. “When COVID hit last spring and I began to care for my parents, I realized I couldn’t maintain the level of energy it would take to hold down two demanding full time jobs; home and Hollins. I worked out my retirement last June and set this coming June as my departure date,” Zulia wrote.

However, he has no intention of disappearing from the theater scene.

“Hollins and Wendy-Marie have invited me to return as a visiting artist and consultant, and I plan to take them up on the offer,” he wrote. “I am excited to resume my freelance directing and writing career while I have a few years left.”

Khloe Kardashian and Tristan Thompson have broken up again

Khloe Kardashian and Tristan Thompson have broken up again

Ernie Zulia is chair of Hollins University’s Theatre Department and director of the Hollins Theatre Institute.

Ernie Zulia, 67, will be stepping down as head of the Hollins Theatre Institute and retiring from the Hollins University faculty when the spring semester ends.

Hollins Theatre director Ernie Zulia (front left) leads the cast in a 2015 rehearsal of “The Adventures of Iris and Walter,” adapted by Hollins graduate Nicole Adkins from a popular children’s book series by Elissa Haden Guest, also a Hollins graduate.