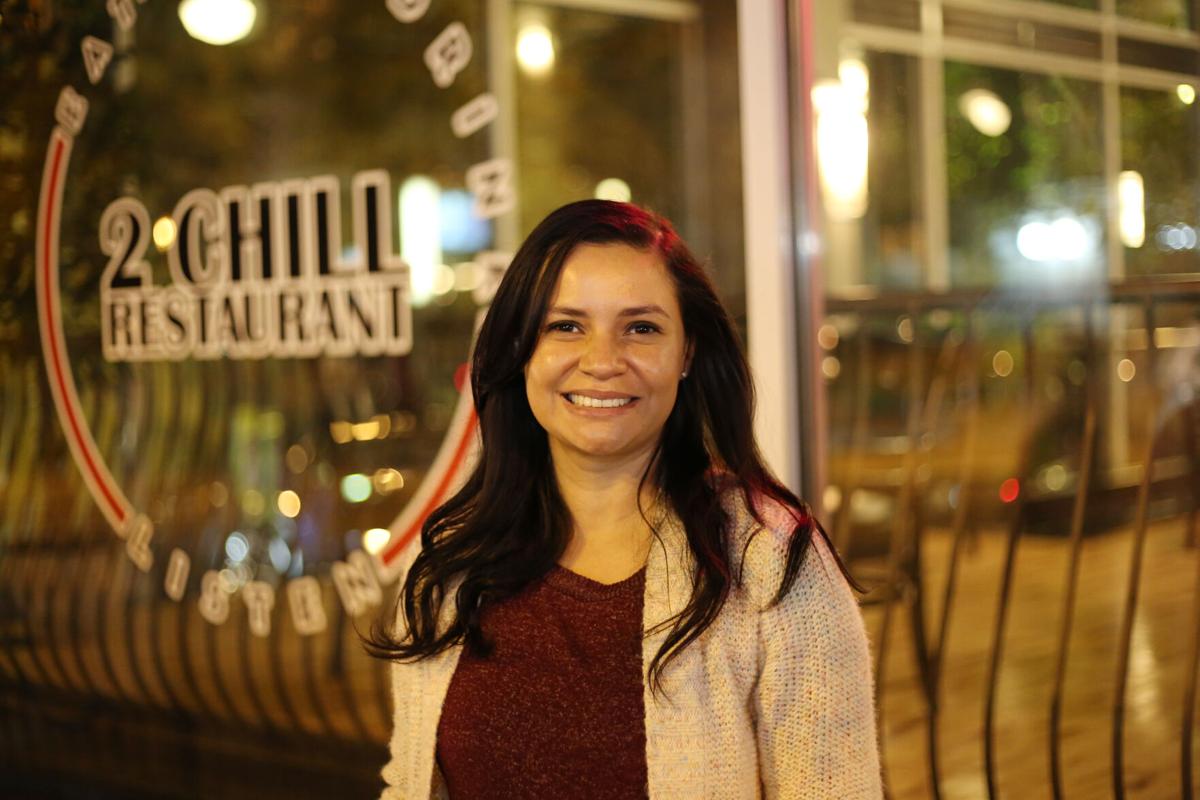 Anny Hernandez is co-owner of the new 2 Chill Restaurant, which has recently opened for dinner and received its ABC license. The eatery will soon offer brunch and live music, too. 2 Chill serves a variety of ethnic cuisine and is located downtown, in the old Blue 5 location on 2nd Street Southwest. 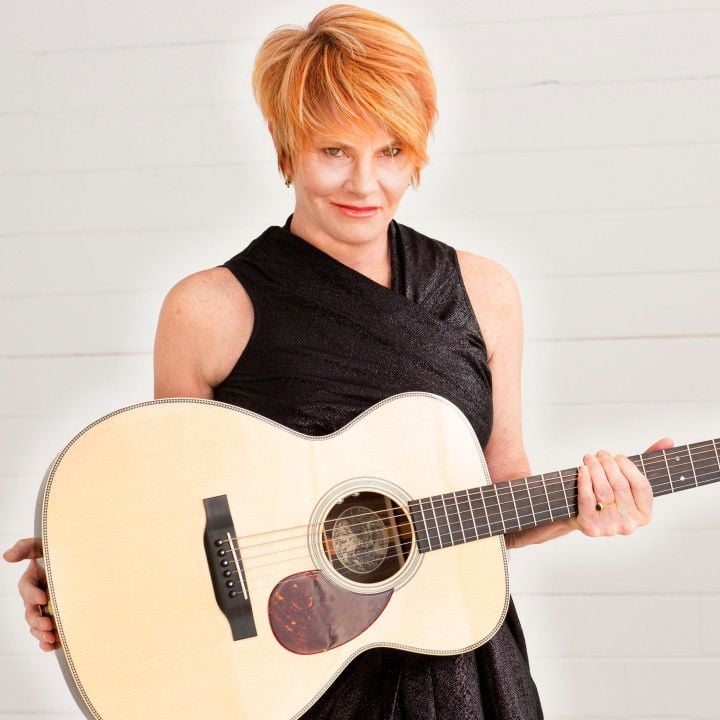 2 Chill Restaurant is in a soft-opening phase and has just received its ABC license. The Second Street Southwest business is open for dinner, and soon, brunch, in the space where Blue 5 Restaurant for years hosted local, regional and national blues, rock and soul acts.

The new venue’s co-owner, Anny Hernandez, said she is looking to book a variety of performers to play the room, for people enjoying cocktails and international fusion cuisine. The chef is Cristhian Buendia.

Musicians will take the stage at least twice a month, Hernandez said.

Hernandez has yet to book an act for the room, but said that she hopes to have something going by the end of the month. Performers interested in playing there can reach out via 566-4905 or 2chillrestaurant@gmail.com, she said.

Blue 5, which featured three floors of dining, drinking and entertainment options, closed its doors early in the COVID-19 pandemic, and by December 2020, a “for lease” sign was posted there. Krista Vannoy, vice president and chief operating officer at Waldvogel Commercial Properties, which listed the building, said at the time that it was hard not to look at the space as a restaurant and entertainment venue.

Hernandez was a co-owner of Inka Grill Peruvian Cuisine, but left that restaurant and is focused entirely on 2 Chill. Her partner is Jonathan Shannon, who remains a co-owner at Inka, but they stressed that this an entirely different project.

Hernandez said that she is looking to open up the downstairs “Red Room” speakeasy-style space to customers soon. Upstairs, the “White Room,” which Blue 5 built out for special events, is on the future agenda as well, she said.

Keep up with what’s going on there via 2chillrestaurant.com.

Your columnist has many fond memories of Blue 5, so let’s open that memory bank for a moment. Funky U.K. act The New Mastersounds tore it up there years ago. Reese Wynans, who played with the late Stevie Ray Vaughan and, more recently, Joe Bonamassa, set up his full Hammond and Leslie rig there to blast some organ sounds with guitarist Bart Walker’s group. Mercurial harmonica master Jason Ricci lit up the place. So did Snarky Puppy, before that act reached international jazz superstar status.

On most Wednesdays, Southwest Virginia’s own Hoppie Vaughan held down a residency, with such players as guitarist Chris Blankenship, keyboardist Jamiel Allen and drummer Rob Vaughan (Hoppie’s son) bringing deep grooves and instrumental fireworks. When bassist supreme Bernard Hairston died, players from all over the East Coast gathered there for a funky, jazzy sendoff that included Hairston acolyte Cameron McLaughlin. If you’ll forgive me for saying so, I got a chance to play there with several musicians who were much better than I, including guitarists Gabe Morales and Paul Krayer, and bassist Brad Taylor. They all made me better at what I was trying to do.

That said, it’s good to hear that the space will host live music again. I’ll be sure to get listings included at roanoke.com/entertainment/music.

Spring seasonCOVID-19’s many havocs included a number done on The Lyric Theatre’s fall schedule. The Blacksburg movie and music venue had barely started selling tickets when it had to announce that, with the late-summer surge, Shawn Mullins, and Jonathan Richman with Bonnie “Prince” Billy, were canceled.

Only Mullins has rescheduled, and the “Lullaby” singer’s new date is part of The Lyric’s spring season announcement, which dropped, in the parlance of our times, this week. He hits the room on Feb. 5.

Southern Culture on the Skids is set for March 5. Galactic makes its funky return to the room on March 17. Shawn Colvin hits on April 20, to makeup for the COVID-canceled April 2020 show she had originally booked.

Lyric members got first dibs on tickets, starting on Wednesday, only via 951-4221 or the venue’s box office. Dec. 1 is the on-sale date to non-members, and for members who wanted to wait and buy online. At 10 a.m. that day, hit up the phone number, the box office (avoid those pesky fees) or thelyric.com/live.

A full-scale version of the Martinsville festival has not gone off since the COVID-19 pandemic.

Anny Hernandez is co-owner of the new 2 Chill Restaurant, which has recently opened for dinner and received its ABC license. The eatery will soon offer brunch and live music, too. 2 Chill serves a variety of ethnic cuisine and is located downtown, in the old Blue 5 location on 2nd Street Southwest.