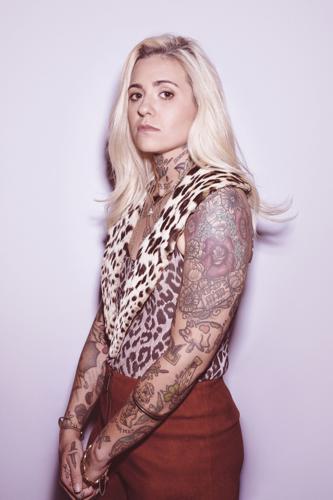 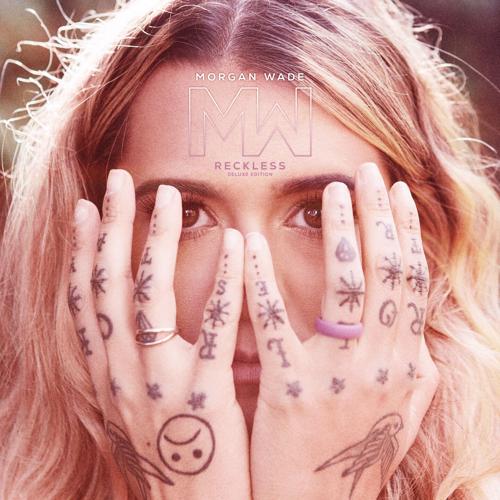 Morgan Wade’s “Reckless” returned on Jan. 28 in a deluxe edition from Sony Music imprint Arista Nashville and Wade’s own Ladylike Records. The re-release features a fan favorite, “The Night,” that didn’t appear on the original.

Little wonder. The album had a handful of earworms, with set-opening “Wilder Days” the most insistent. The production, from Sadler Vaden and Paul Ebersold, split time between shimmers and shouts, with lots of textures in-between. And the woman up front possessed a combination of toughness and vulnerability that Music City has yet to bottle.

But Wade was happy with her indie label, Thirty Tigers, which gave her more power and creative control than most artists can expect. It had been good enough for Jason Isbell, Vaden’s boss in the 400 Unit band. She wasn’t trying to pivot.

“Everything was going great,” she said about the album’s late March 2021 launch. “Then just about every label out of Nashville, just about every single label you could name, was calling us.”

Skype meetings commenced, but Wade wasn’t coaxed out of her home base near Nashville until Sony Music called.

“It’s gotta be something that’s a big deal for me to leave, and that’s when I ended up meeting with Sony and they were like, we can offer a larger platform and we can do a lot more since we’re a bigger label,” Wade said in a Wednesday phone call.

It’s what they didn’t want to do, though, that convinced her.

“They said, ‘We love what you’re doing. We love you and Sadler working together. We’re happy with this record. We don’t want to change a thing,’” Wade recalled. “Sony, they got my attention and I’ve been happy ever since I signed with them.”

It didn’t hurt that the label gifted Wade a French bulldog puppy. Nowadays, her hobbies include fighting with the pup about who gets closest to her heater, she tweeted on Wednesday.

Sony imprint Arista Nashville wasn’t done with “Reckless.” The album gets a deluxe reissue on Friday, with six additional, Vaden-produced tracks including 2019 cut “The Night,” one of the pair’s first collaborations. It didn’t make the album last year but was a fan favorite.

“A lot of people were upset,” Wade said. “They want that one on vinyl. They want a physical copy that they can have, so I knew that was really important to include on the release.”

“Carry Me Home” is another fan favorite, and a personal number for Wade, who wrote it about five years ago, as she was beginning her sobriety. “Through Your Eyes,” originally recorded as an acoustic song, makes an appearance, with another reflective lyric:

“The scariest thing I ever heard/Was a three-year-old mouth the words/I wanna be like you someday/Got me to thinking/That maybe I should change my ways.”

The deluxe edition closes with “Suspicious Minds,” a song that Elvis Presley made famous in the 1970s. It had been hitting crowds well in concert, and Wade decided to add it. In fact, every song on the new release was her choice, she said.

“That’ll always be my thing, and it makes me happy that I still have that control to pick and do what I want,” she said.

If the new version of “Reckless” is an introduction to a larger audience, it is one that already has achieved more critical love than most performers get on their first effort.

Rolling Stone magazine selected “Reckless” as 2021’s country and Americana album of the year and No. 13 among all genres. For perspective, her place on the country list put her above releases from Brandi Carlile, Eric Church, Yola, James McMurtry, Sturgill Simpson, Valerie June and another band with Southwest Virginia roots, Old Dominion.

Other publications, including Stereogum, Billboard and Taste of Country, had “Reckless” among their top five country discs.

Wade recalled a surreal feeling about the Rolling Stone news.

“I remember that day waking up and seeing, 50 best albums of Rolling Stone,” she said. “OK, this is awesome. Where am I at? And then I was like, oh crap. I’m number one. That was insane.”

And it also creates a bit of pressure. The next one has got to be better, right?

“Sadler and I, we talk about it, and we’re already throwing out ideas and writing and stuff like that for the next record. But we want it to be better than ‘Reckless.’ ‘Reckless’ has been so great. I don’t want the next record to come out and be a big flop.”

Vaden has known her since 2019, when Isbell and Wade were both on the bill at FloydFest. Isbell’s sound tech heard Wade perform there and bought one of her locally produced CDs. He passed it on to Vaden, who had been looking for someone good to produce. Vaden quicky reached out to Wade, and they got to work.

As they discussed the aftermath, Vaden helped her put it into perspective.

“When we were working on ‘Reckless,’ we didn’t have any of this,” she said. “We had nothing. He was like, ‘We just had fun. We wrote what we wanted to write, and we recorded these songs that we wanted to record. That’s what we need to do for this next record. We don’t need to worry about pressure. Don’t worry about any of that other stuff.’”

Meanwhile, “Wilder Days” is on its own journey. The single, which made year-end lists in Time, Billboard and Rolling Stone, is getting a ride from Arista Nashville. It was No. 52 on Billboard Country Airplay and No. 49 on Mediabase/Country Aircheck charts, according to a Sony publicist.

And it’s huge with Wade’s fans.

“It’s continuing to move up, so that’s really cool,” Wade said. “But I think the biggest thing is like on this tour, we always play ‘Wilder Days’ last. And people can sing every word right back to me, and they’re screaming it. That’s an incredible feeling to have everybody there knowing every word to that.

“Sadler and I worked on that song the longest and really wanted … for other people to love that song as much as we did, and so to be able to get that has been great.”

She and her band will be back at FloydFest in late July. She would like for the road to bring her closer to where she grew up before then, though.

“I’ve had those chats with my agents recently, and I would like to be able to get back around there, of course, and headline a show back home,” she said. “I think a lot of my family that lives back there would appreciate it as well. Looking at the closest shows, some of them are like Ohio and Atlanta. It would be really nice to come back home and play.”

C’mon. The folks are waiting.

A Grammy Award-winning soul and R&B mainstay is coming to Roanoke.

The country singer defeated Huntergirl and Leah Marlene on Sunday to become the first Kentuckian to win the long-running singing competition.

Why does somebody quit the Doobie Brothers?

Out & About: Boy Bands revue at Mill Mountain Theatre

If you’re in the mood for some music this Memorial Day weekend, you might want to put Mill Mountain Theatre on your list. The Trinkle MainStag…

When purple reigned: A 1985 Prince concert finds a new life

A reworked and re-released concert that captures Prince & The Revolution at their peak is coming next month.

Out & About: Etana at Jefferson Center

A Grammy Award-nominated reggae singer from Kingston, Jamaica, is coming to Jefferson Center.

Music and arts news and thoughts in the valley and beyond …

Morgan Wade’s “Reckless” returned on Jan. 28 in a deluxe edition from Sony Music imprint Arista Nashville and Wade’s own Ladylike Records. The re-release features a fan favorite, “The Night,” that didn’t appear on the original.