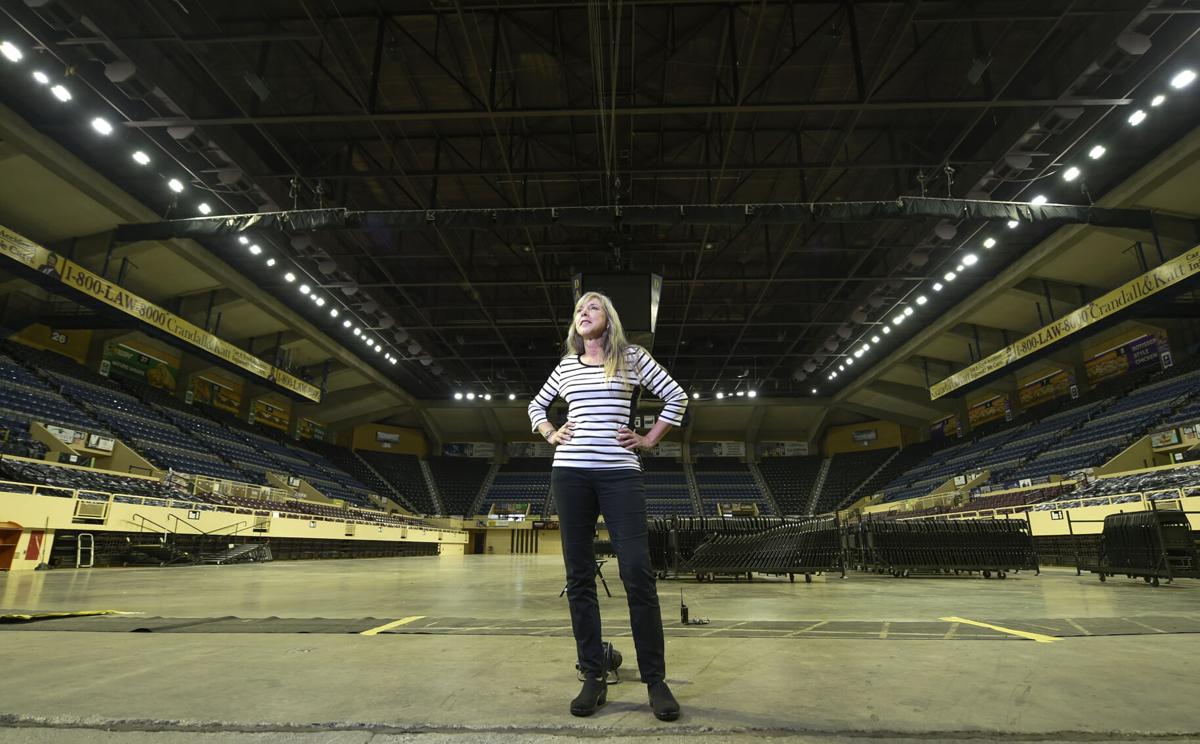 The Berglund Center’s General Manager Robyn Schon has been with the facility for almost half of the 50 years the arena and theater have been open. 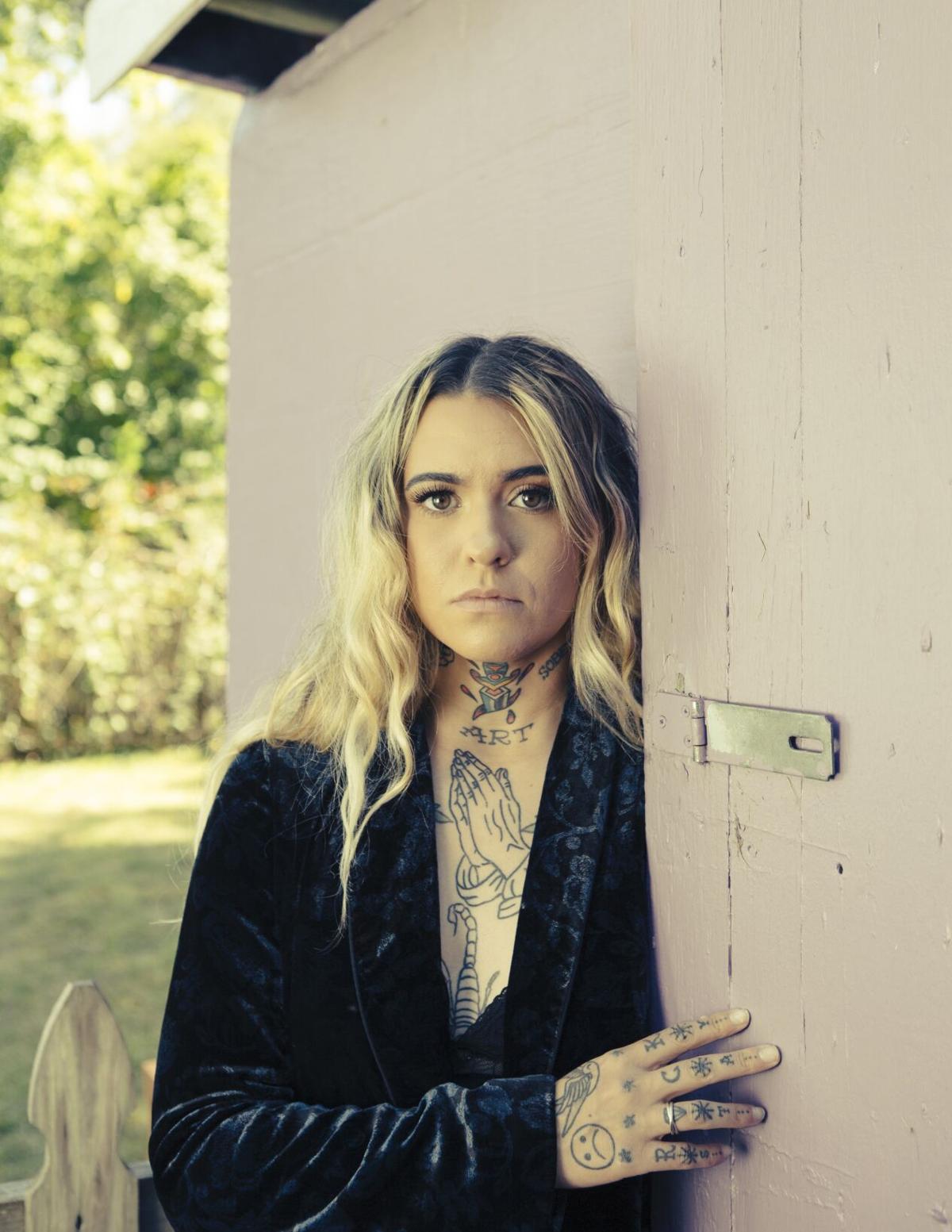 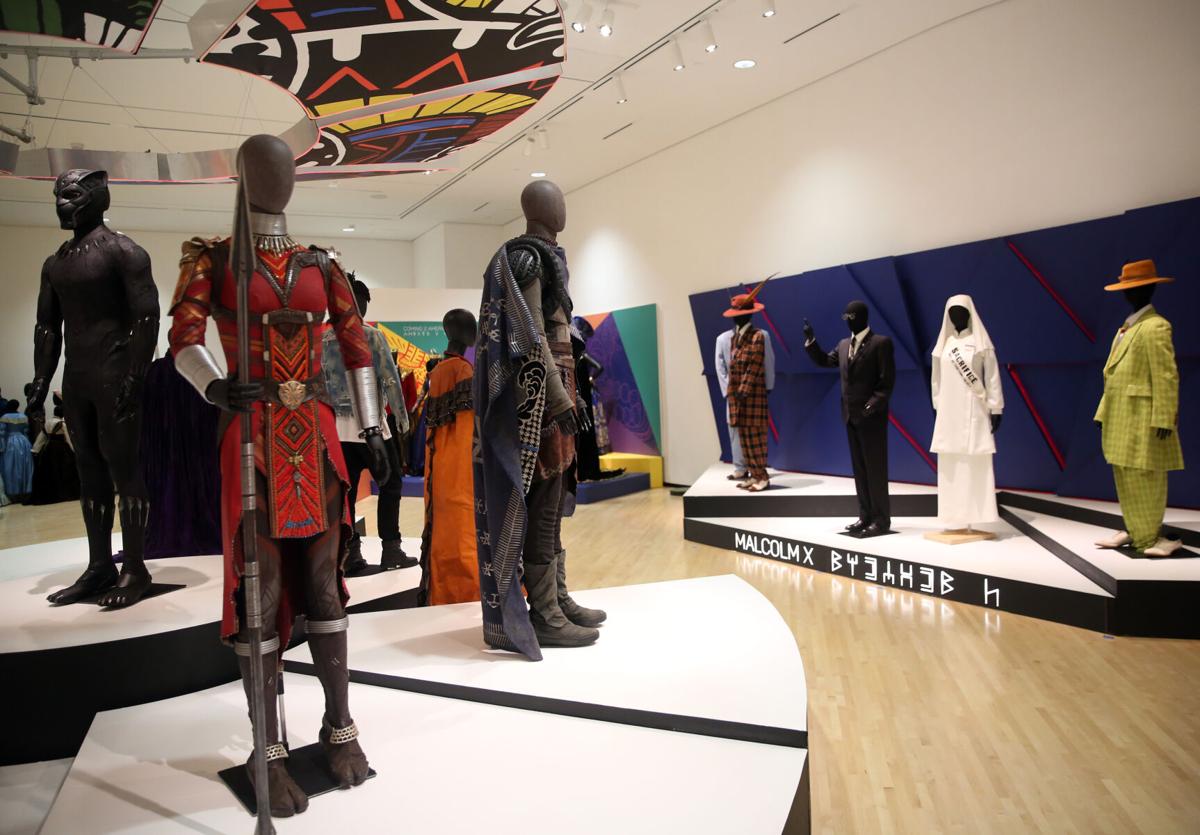 Journalists are typically obligated to do at least couple of things from time to time — make lists and write retrospectives. The end of every year is a good time to do both.

Extra has typically fielded a variety of such lists. Top five happenings. Top five favorite things. We could fill a section with them in years past. This year is different. It’s just me hanging around these days, and music has been my go-to subject. But it’s been a pretty big year for it, with Roanoke’s big event shed turning 50, a couple of performers getting national recognition and a bunch of bands and venues returning to the usual, after our COVID fog.

In 1971, actress and singer Barbara Eden was part of the first show to play at what used to be called Roanoke Civic Center. The “I Dream of Jeannie” star was kind of a big deal back then, and as she approached 90, Eden was still planning to tour as part of the show “Love Letters,” with costar Barry Bostwick. Robyn Schon, who manages the building now called Berglund Center, booked the show for last March, seeing it as a neat bookend for 50 years of performances in the building.

Of course, that show didn’t happen, thanks to COVID-19. What did happen at Berglund Center at that time still involved long lines. As the building had during the flood of 1985 and again during the 2012 derecho, to cite two examples, it served civic needs. Instead of shelter, regional residents sought vaccinations.

“We have been a true civic center,” Schon said. “When people need us, we try to be there.”

Lots of the venue’s employees didn’t work inside the building, and some were laid off during the pandemic. Schon said that for months, she was one of three — along with operations director Travis McKinney and maintenance manager David Adams — who did everything that needed to be done in the complex. That included refunding tickets and cleaning the coliseum, the theater and the exhibition hall, Schon said.

“Of course we were trying, sometimes with futility, to plan the next steps, for when the governor would relax some of the restrictions,” said Schon, who has worked at the complex in some capacity for nearly half of its existence. “It was a tough time.”

Here’s a little apology from me: This should have been a full-on story of its own, written last spring, but as I was splitting time between covering music and Botetourt County news, it just kept slipping past me. After I became the features editor, the thing just stayed out of my grasp. This landmark was a big deal for Roanoke, as the Salem Civic Center’s celebration of 50 years had been in 2017. An old drum teacher used to tell me: “Results. Not excuses.” This is as good a result as I could pull off this year.

Other venues emerge from COVID

With vaccinations came more indoor music shows, though several fall performances at Jefferson Center and Blacksburg’s Lyric Theatre were postponed. Nightspots put bands back on stages, though a few bands canceled shows here and there after the C-bug broke out among their ranks.

Things remain tricky, with the omicron variant coming around, and I wouldn’t dare make a prediction about the next six months to a year. Still, if I were using recent scheduling chaos in the professional and collegiate sports worlds as a precursor, I’d say things could get weird in the next few weeks. I’ve said it before and I’ll say it again: Be careful out there.

Floyd County native Wade dropped an album called “Reckless” in March, and by August, a Nashville-based major record label had picked it up. Arista Nashville, a division of Sony, signed Wade and released her single, “Wilder Days,” for radio play.

Rolling Stone magazine selected “Reckless” as 2021’s country album of the year and the No. 13 album of the year, among all genres. That was only one critical accolade. Publications including Stereogum, Billboard and Taste of Country had “Reckless” among their top five country discs. “Wilder Days” made year-end lists in Time, Billboard and Rolling Stone.

Wade, citing health issues, canceled and rescheduled shows this month, including a spot opening for Jason Isbell (who features her producer, guitarist Sadler Vaden) on Dec. 19 in Atlanta. Here’s hoping she recovers soon and can get out on the road to show the world what many in the valleys have known for a while now. She can bring it.

The father-son act of Stephen “Stevie D” and Jax Davies put out a fittingly goofy album called “Mo Money, Mo Legos,” and sent tracks to the “Dr. Demento Show” for airplay (or webplay, as the erstwhile radio show, which helped break the previously mentioned Yankovic, is now internet-only).

Stevie D really put their year in perspective, in the comments of his Facebook announcement about the cult favorite program and Knuckleheadz place on it this year.

“Me and Jax are the Lennon/McCartney of Pee Pee songs!” he wrote.

I couldn’t let this column pass without dropping in a couple of notes about the Roanoke Valley’s arts scene.

The Taubman Museum of Art brought in “Ruth E. Carter: Afrofuturism in Costume Design,” a show that featured clothes worn in movies including “Black Panther,” which won Carter an Academy Award. That’s an uncommonly cool event for a small city museum, but the Taubman, which has made it through its trials, is much more than a small city museum and has had more than its share of cool exhibits.

On a smaller scale, The Alexander/Heath Contemporary Gallery put on The Burtch Family Art Show, which featured multiple generations of a Roanoke family that included the acclaimed Mary Jane Burtch.

Lots happened in spaces in between, and you can always expect interesting art to come from this area. We’ll do our best to keep you informed about it.

3 new album releases to check out this month

The Berglund Center’s General Manager Robyn Schon has been with the facility for almost half of the 50 years the arena and theater have been open.