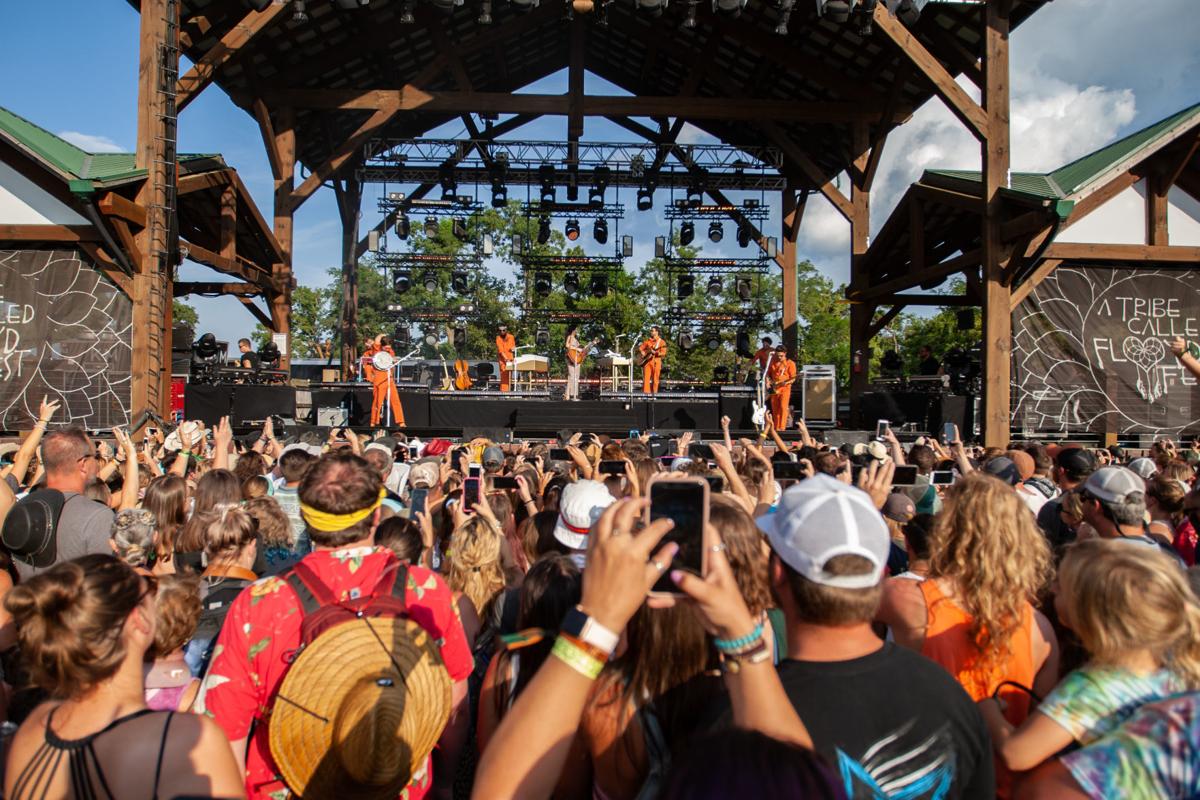 Fans cheer for Kacey Musgraves at the start of her 2019 FloydFest set. 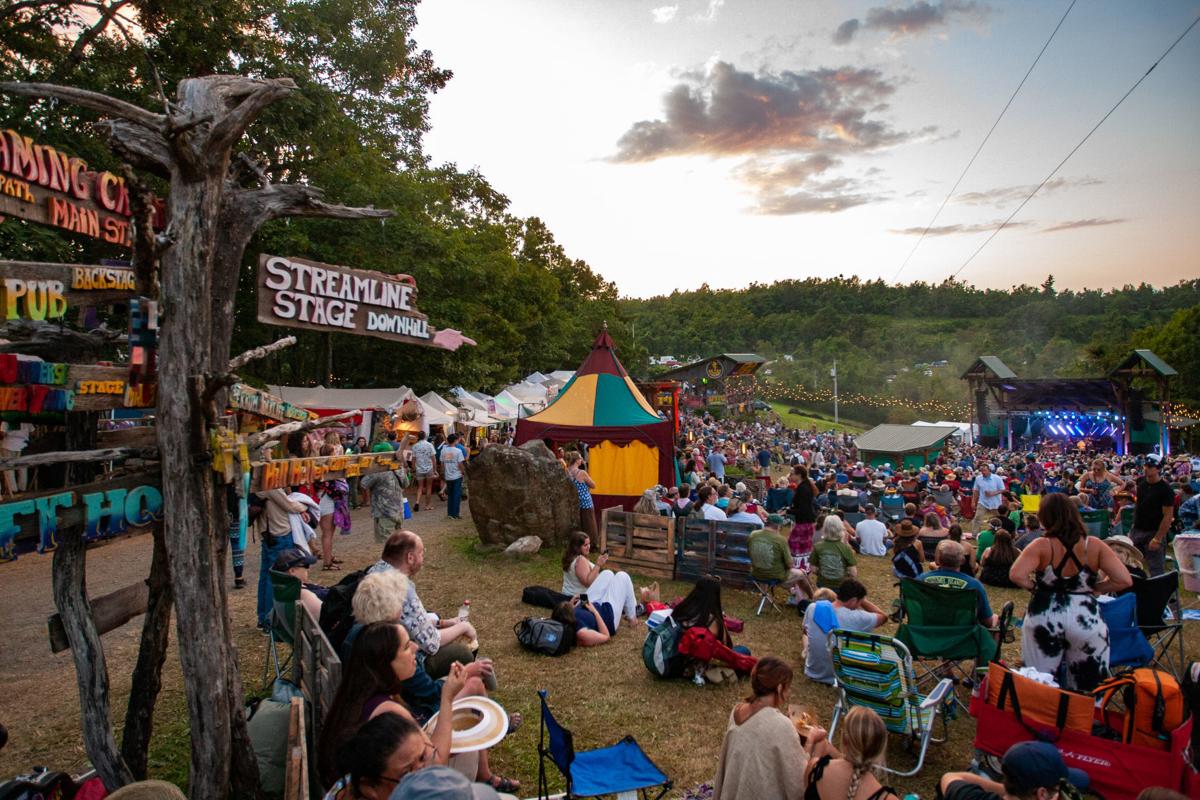 People gather at the Streamline Stage at Hill Holler during the last day of FloydFest in 2019. 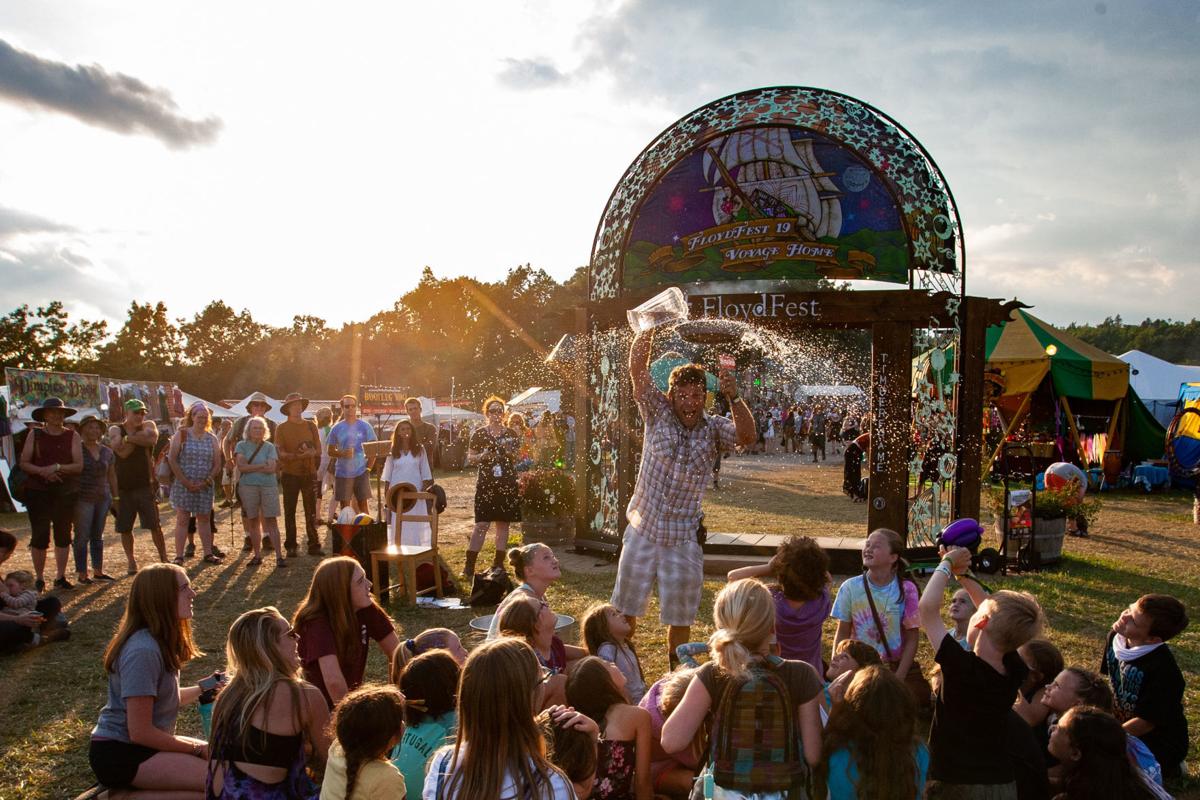 "Gypsy Geoff" of the Amazing One-man Circus sprays water on kids during his performance at FloydFest in 2019. 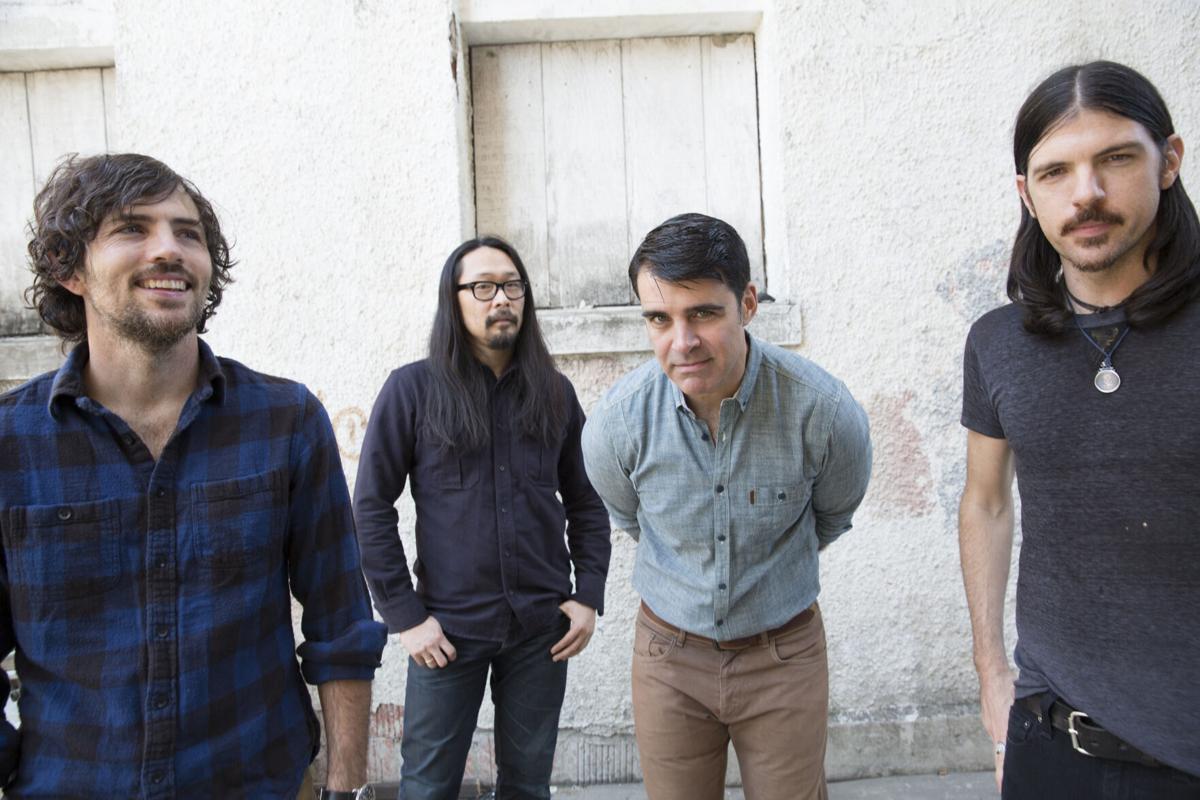 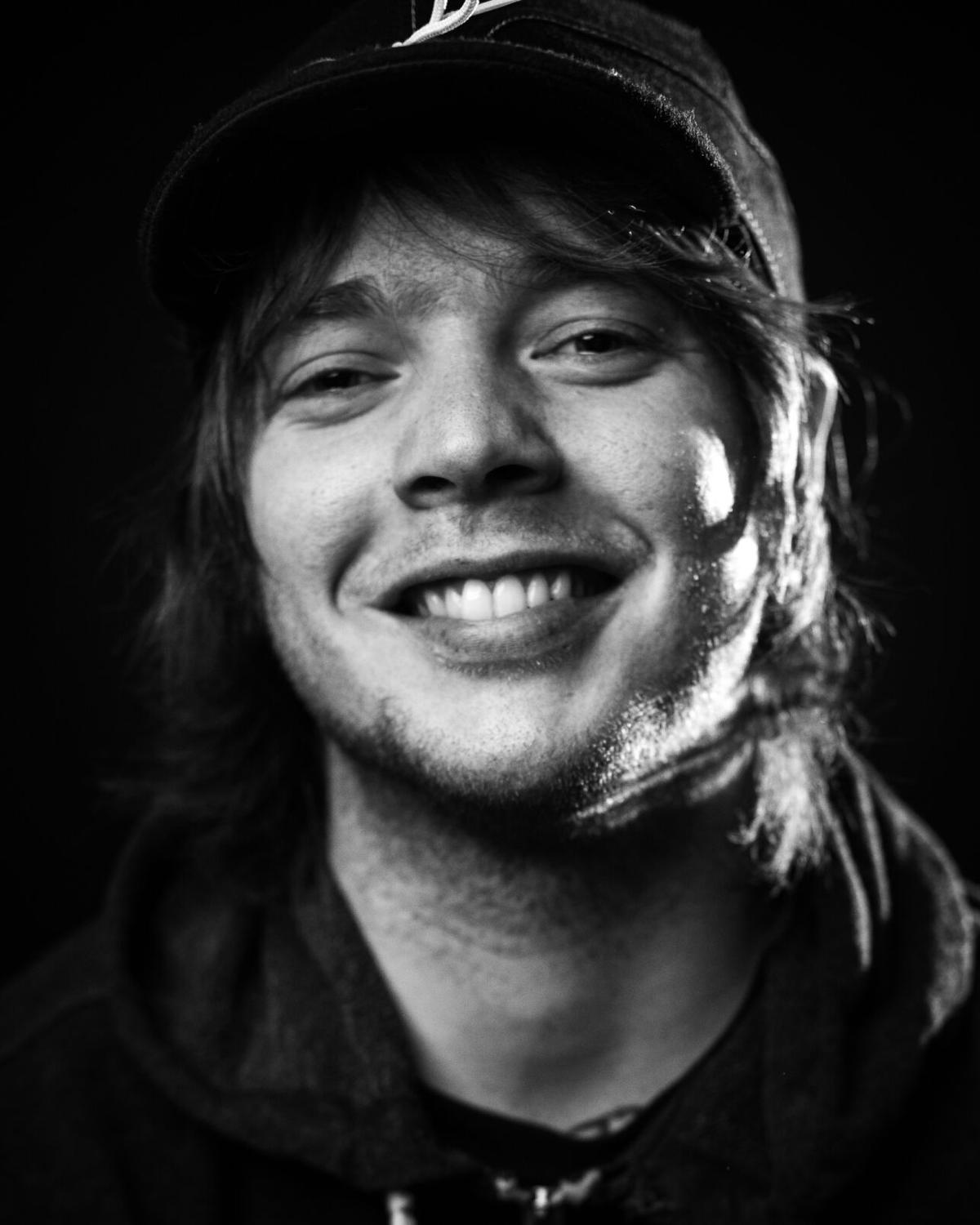 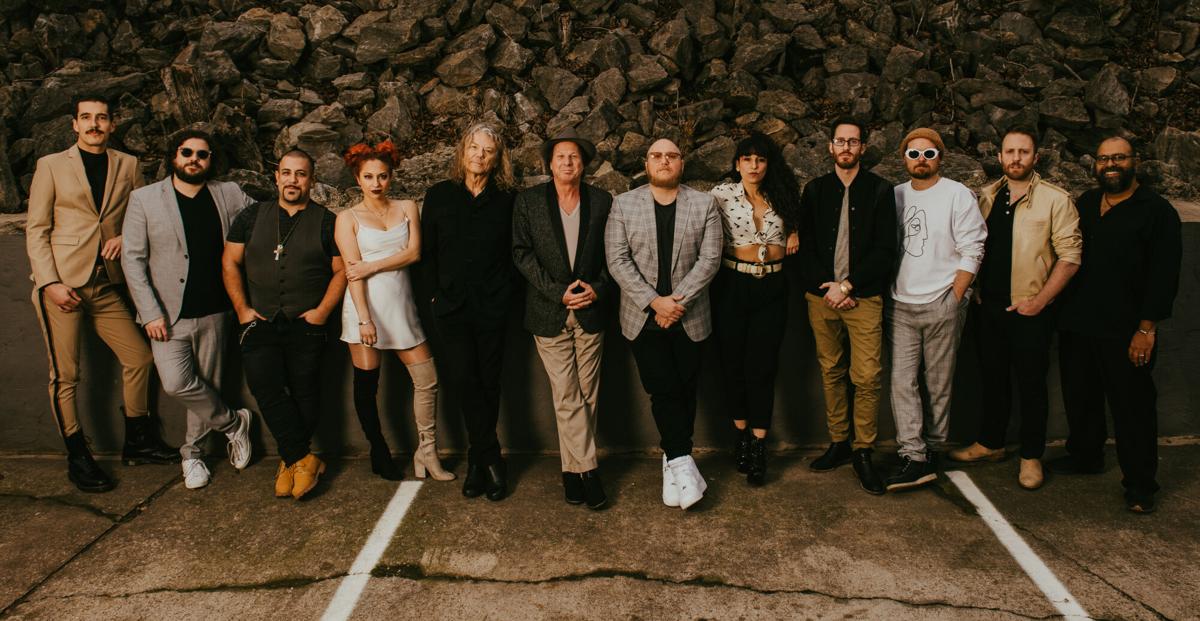 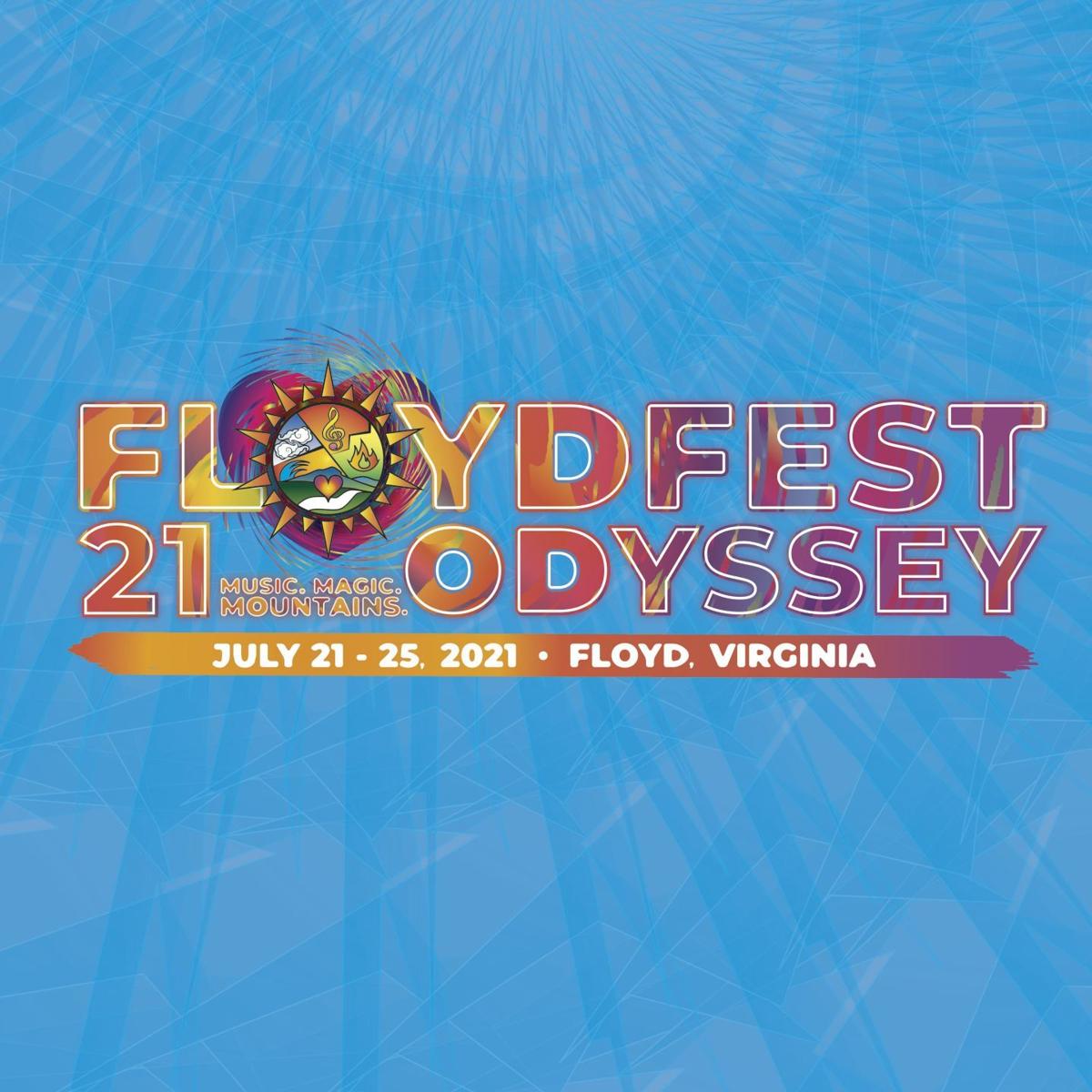 Across the Way Productions image

FloydFest 21~Odyssey runs Wednesday through July 25, after a year off due to COVID-19. The event, which is operating at reduced capacity even as Virginia restrictions have fallen, is sold out.

Quite a few things have changed in the nearly two years since the last time. As of July 1, cannabis possession was legalized in Virginia, with multiple caveats. Most people spent months wearing masks and practicing physical distancing in public, if they went out at all. And the adult beverage White Claw has established commercial dominance in the seltzer game.

We chatted last week with FloydFest spokesman Sam Calhoun about what patrons at the festival’s Patrick County site can expect.

Weed is legal, but not here

Virginia lawmakers established a roadmap to pot’s public sales in future years but made it legal to grow and possess small amounts, though one can’t toke in public. Nor can one fire up at FloydFest, Calhoun said.

What’s more, you’d best be careful on your way in.

“Something else we’d like people to understand, of course, is that marijuana is not legal on the federal level, and you have to traverse the Blue Ridge Parkway to enter or exit our festival, no matter what,” he said. “There is no back way in. It’s still illegal there, and not allowed on the FloydFest campus.”

More than a decade has passed since parkway police sent a Criminal Interdiction Team to the site, stopping 182 vehicles while issuing 167 written warnings and 57 violations that ranged from traffic violations to public intoxication, the National Park Service reported at the time. A federal judge threw out one marijuana possession charge, ruling that a vehicle search was not justified simply because a ranger had decided that the FloydFest attendee was “way too nice.”

After organizers complained about what they considered harassment, then-U.S. Rep. Rick Boucher worked to tamp down park police gusto, and the Criminal Interdiction Team has not been at FloydFest since.

“The communication lines … have been much more open I think than they’ve ever been. And everyone’s getting along. Everyone’s on the same team there.

“We want to honor everyone’s wishes, and the intention is to keep people safe.”

A list of rules posted at FloydFest’s website includes the following: no weapons, no outside alcohol (we’ll elaborate on that one later), no dogs, no open-air fires, no glass, no frowning.

Anyone who has visited FloydFest, however, is well aware of the dank nugs, oft-burned, filling the air with their aromas. The festival cautions: “Those found in possession of illegal substances will be immediately turned over to police.”

When festival organizers looked to put on the big show this year, plenty of commonwealth-mandated coronavirus measures remained in place. As the emergency order expired to begin the month, FloydFest plans held steady to several safety measures that patrons will see from multiple angles.

“First and foremost, we understand that everyone has a different comfort level about getting back out in the world,” he said. “And, of course, this is about a community, large-group gathering.

“That being said, we maintained our reduced capacity. We knew we had a chance to release more tickets. We chose not to, to err on the side of safety, health and well-being for all of our patrons here.”

That means you can’t walk up and buy tickets, then just walk on in. Those who’ve already purchased tickets can expect temperature checks at each of the three box office sites. Customers will receive temp checks before boarding shuttles from the parking lot or off-site camping as well.

FloydFest is requiring masks for box office staff members who face the public, and for Alcoholic Beverage Control pouring teams. Calhoun said that organizers made special FloydFest masks for them. Patrons who forgot a mask and wish they had one will find that there are thousands available across the site, he said.

Volunteers using backpack spraying systems such as those used in the aviation and education worlds will roam the site, sanitizing high-contact surfaces.

“We are not rolled back all the way, full wide-open,” Calhoun said. “We have a lot of protocols still in place to make people feel safe, to keep people safe.”

Among the original COVID-19 plans was to eliminate stainless steel drinking cups, in favor of plastic, with the usual emphasis on recycling, further applied. Since then, health authorities advised that it would be best to stick with steel, so a traditional festival favorite — the collectible cup — will still be available, and customers may bring their own steel cups, too.

Remember that rule about outside alcohol? Beers, ales, ciders are on tap — and now, White Claw alcoholic seltzers are in cans.

“Like we say, every year we pore over our patron surveys, and we allow our patrons to tell us what can be improved every single year,” Calhoun said. “And, of course, you can’t deny the elephant in the room here: Seltzers have become amazingly popular across the country. That’s from people who are into outdoor adventures, to people who are regular drinkers, to people who are just having a good time with family and friends.

“We of course pivoted and went after White Claw to get them on the mountain, so they are one of the top five ABC partners we have for this festival.

“I can tell you we literally have tens of thousands of White Claw cans coming to the mountain, and our green team, Zero Waste Solutions, is poised to recycle them just as fast as we can drink ’em.”

For those who missed out on tickets but love The Avetts, that show will be livestreamed, with 48 hours of replay. Visit nugs.net/avett-brothers for details.

This will be the 19th full FloydFest. A few years ago, organizers hosted a FloydFest within a FloydFest, in hopes of having its 20th version fall in 2020, but we all know what happened last year. FloydFest 21~Odyssey now simply denotes the year 2021. Even fudging the chronology, the numerical consistency is blown. Thanks for everything, COVID-19.

Meditators bring slices of silence to the FloydFest experience

A seemingly endless array of distractions is evident at FloydFest.

Tim Roth says he never expected to return to Marvel

Tim Roth says he never expected to return to Marvel

Fans cheer for Kacey Musgraves at the start of her 2019 FloydFest set.

People gather at the Streamline Stage at Hill Holler during the last day of FloydFest in 2019.

"Gypsy Geoff" of the Amazing One-man Circus sprays water on kids during his performance at FloydFest in 2019.

Across the Way Productions image