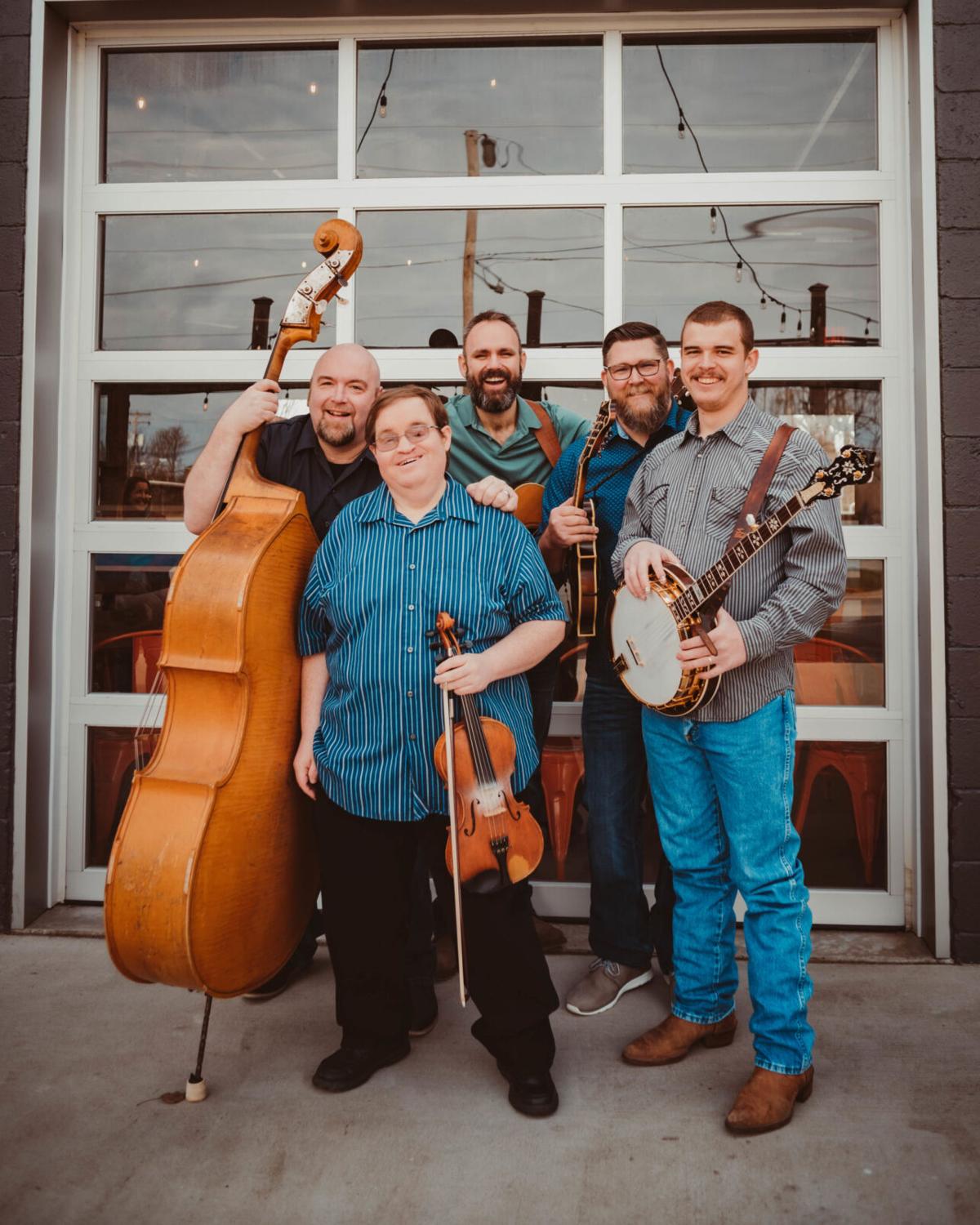 Michael Cleveland, second from left, and his band, Flamekeeper, play The Floyd Country Store on Sunday. 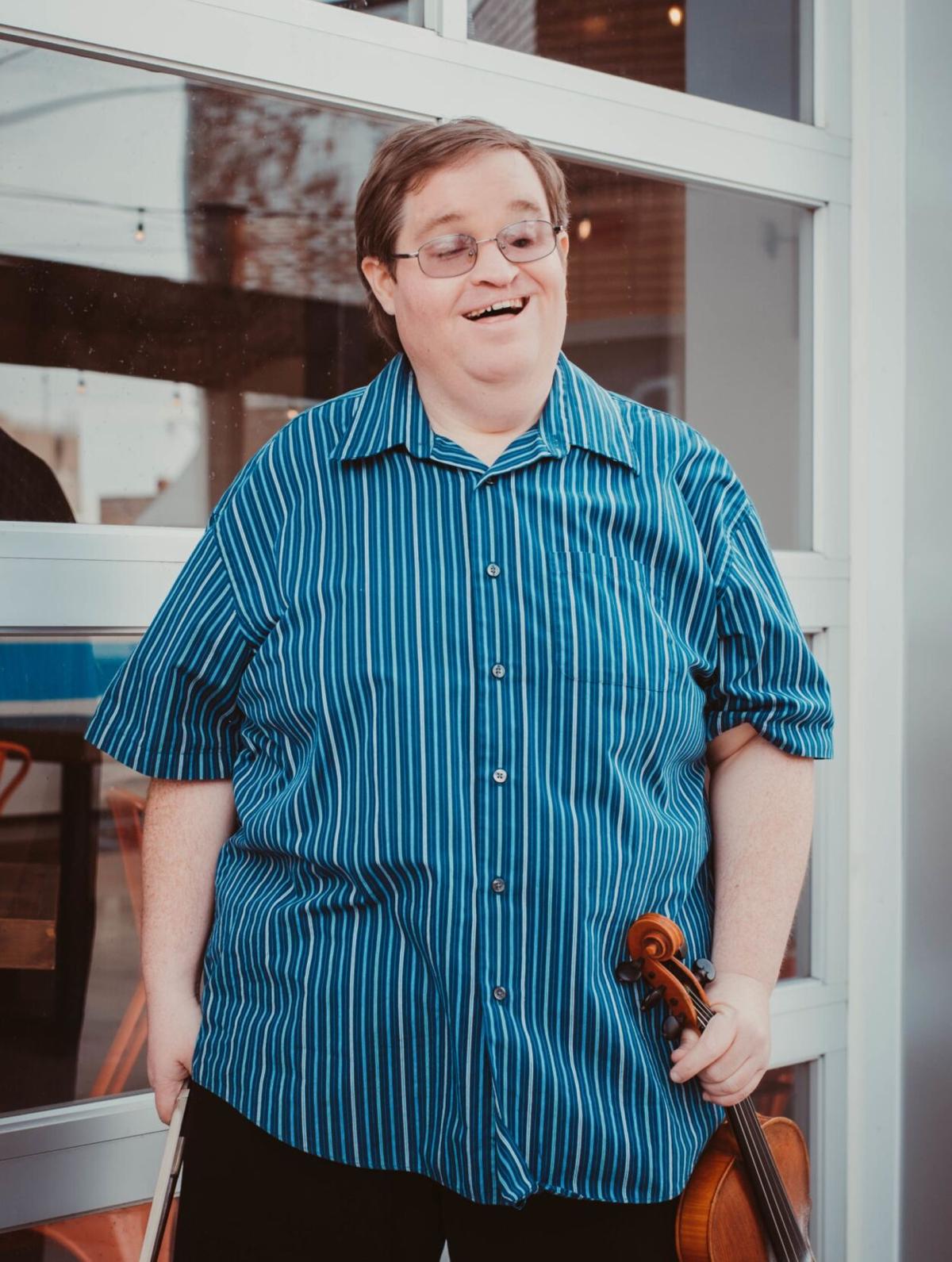 “The first time I heard the fiddle I was around 4 years old,” Cleveland said in “Flamekeeper: The Michael Cleveland Story,” a documentary about his life and music. “I remember being at a bluegrass show around southern Indiana and hearing this fiddle player play ‘The Orange Blossom Special’ and that just really rocked my world.”

The song presaged a career that has won Cleveland numerous awards, including a Grammy for his 2019 bluegrass album, “Tall Fiddler.” He brings his five-string fiddle and blazing fast technique to The Floyd Country Store for a Sunday concert.

Cleveland, even in childhood, was capable of concentrating for hours at a time on a musical task.

“I loved it, and there was no not doing it,” Cleveland said in a phone interview. “Now I might not have practiced every day, but man, if I wanted to learn something, something I was thinking about, when it was time to work on something, I’d probably be down there for four or five hours working on it.”

In “Flamekeeper,” available on Amazon Video, he said: “You get three notes. You figure one thing out. Then it’s a little bit closer every time. If you want to do something bad enough and you put your whole life into it, you’ll figure out a way to do it.”

Not only did he figure it out — he did so without being able to see the fingerboard or the sheet music. The Henryville, Indiana, native was born blind, and an infection during childhood left him mostly deaf in one ear. He was 4 when his parents sent him to the Kentucky School for the Blind.

“Chances are whatever you have, whatever you’ve dealt with, there’s somebody out there that’s dealt with it, that has figured out a way to either live with it or overcome whatever it is. My folks could have easily done that, sent me to a school there [in his hometown] and things might have been totally different. Who knows.”

Another important factor in his upbringing was early exposure to bluegrass, thanks to his grandparents, who started a bluegrass society in Henryville.

He was 4 when he started in the Suzuki method, which, in the early stages, emphasizes learning by ear. His teachers were initially reluctant to accommodate his interest in bluegrass, but his persistence won them over. His first tune, other than the Suzuki songs, was probably the old-time standard “Boil Them Cabbage Down,” his father, John Cleveland, said in an email.

The young Cleveland heard live concerts at his school and music shows on The Nashville Network.

“I guess that’s when I figured out that people actually did this for a living,” he said. “And then I heard [blind musicians] Ronnie Milsap and Ray Charles and Doc Watson, people like that. Once I figured that out, that was pretty much it from then on, probably [from] about 7 or 8. I had some stupid childhood things that I thought I wanted to do, but it was gonna be music. The bottom line, it was always that.”

He was 9 when he received an invitation to sit in with Bill Monroe at the Bean Blossom Bluegrass Festival. As a teenager, he appeared on the Grand Ole Opry and “A Prairie Home Companion.”

Now 41, Cleveland stands very tall indeed in the world of bluegrass. He has performed with Alison Krauss, Marty Stuart, Tim O’Brien and Vince Gill, and has been named Fiddle Player of the Year 12 times by the International Bluegrass Music Association. His band, Flamekeeper, has won IBMA’s Instrumental Group of the Year seven times.

The name “Flamekeeper” means “all the obvious things,” he said — keeping tradition alive, in particular.

“We do play traditional bluegrass. When we’re playing one of those old songs, we like to play it in a way that pays tribute to either the original recording or versions of the song that we love. We also enjoy kind of getting outside the box a little bit and seeing where it takes us. We’ve been doing a lot more of that lately. It’s a mix of fiddle music and kind of high-energy bluegrass. I guess we’re known for playing fast. It’s pretty much in-your-face bluegrass, you could say. That’s the bands we watched growing up. They went out there and they got after it.”

Where: The Floyd Country Store, Floyd

Why Kate Middleton doesn't spend Christmas with her family

Why Kate Middleton doesn't spend Christmas with her family

Octavia Spencer says her house is haunted and she loves it

Octavia Spencer says her house is haunted and she loves it

Who had the biggest music album in 2021?

Who had the biggest music album in 2021?

A West Coast-based soul/Americana band of growing power is joining the FloydFest lineup, along with acts that form the festival’s annual Buffa…

Out & About: Handel's Messiah at St. Andrew's Catholic Church

Roanoke College had never presented a performance from a countertenor, a musical role that would have been common in Handel’s time.

Michael Cleveland, second from left, and his band, Flamekeeper, play The Floyd Country Store on Sunday.