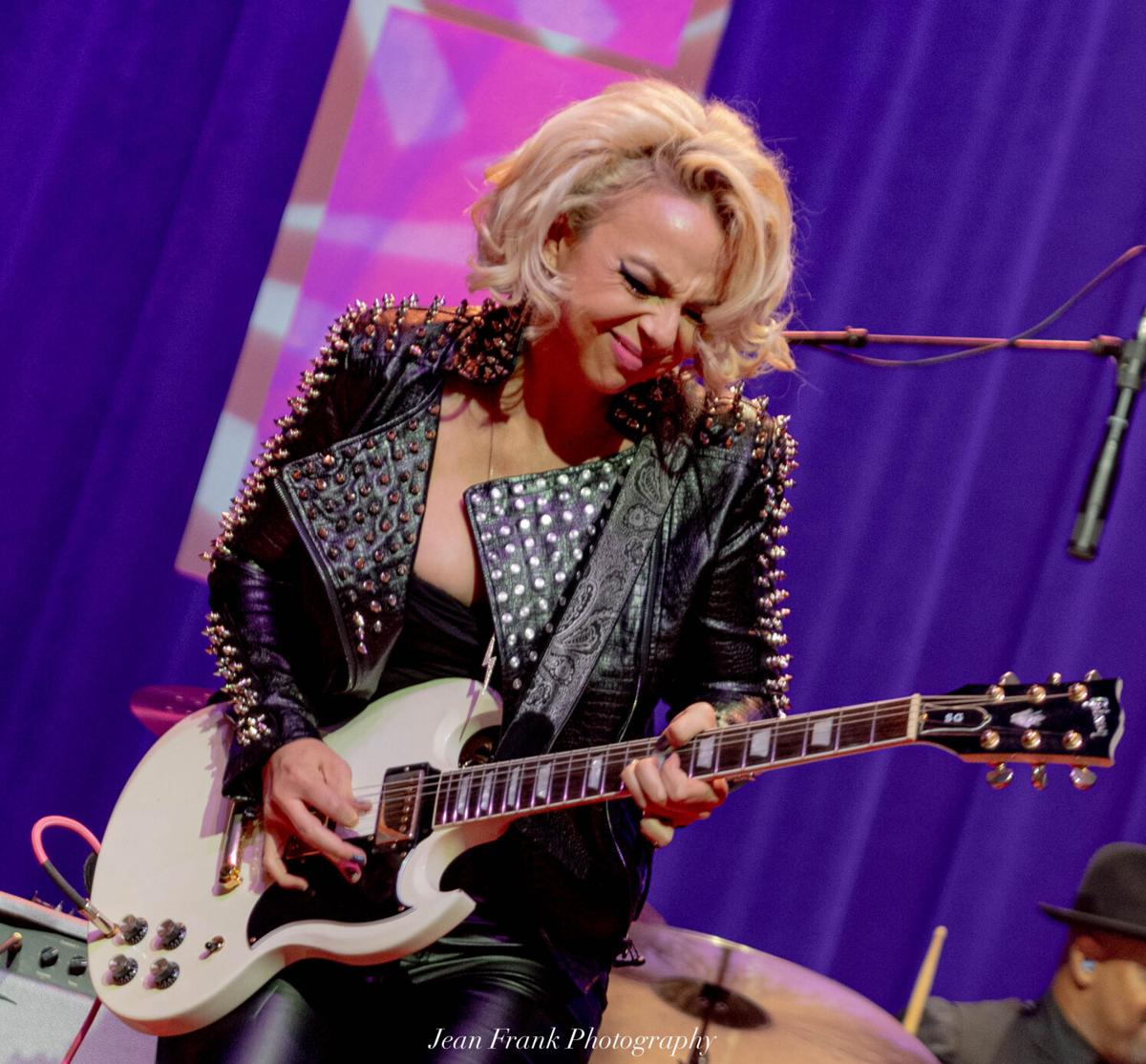 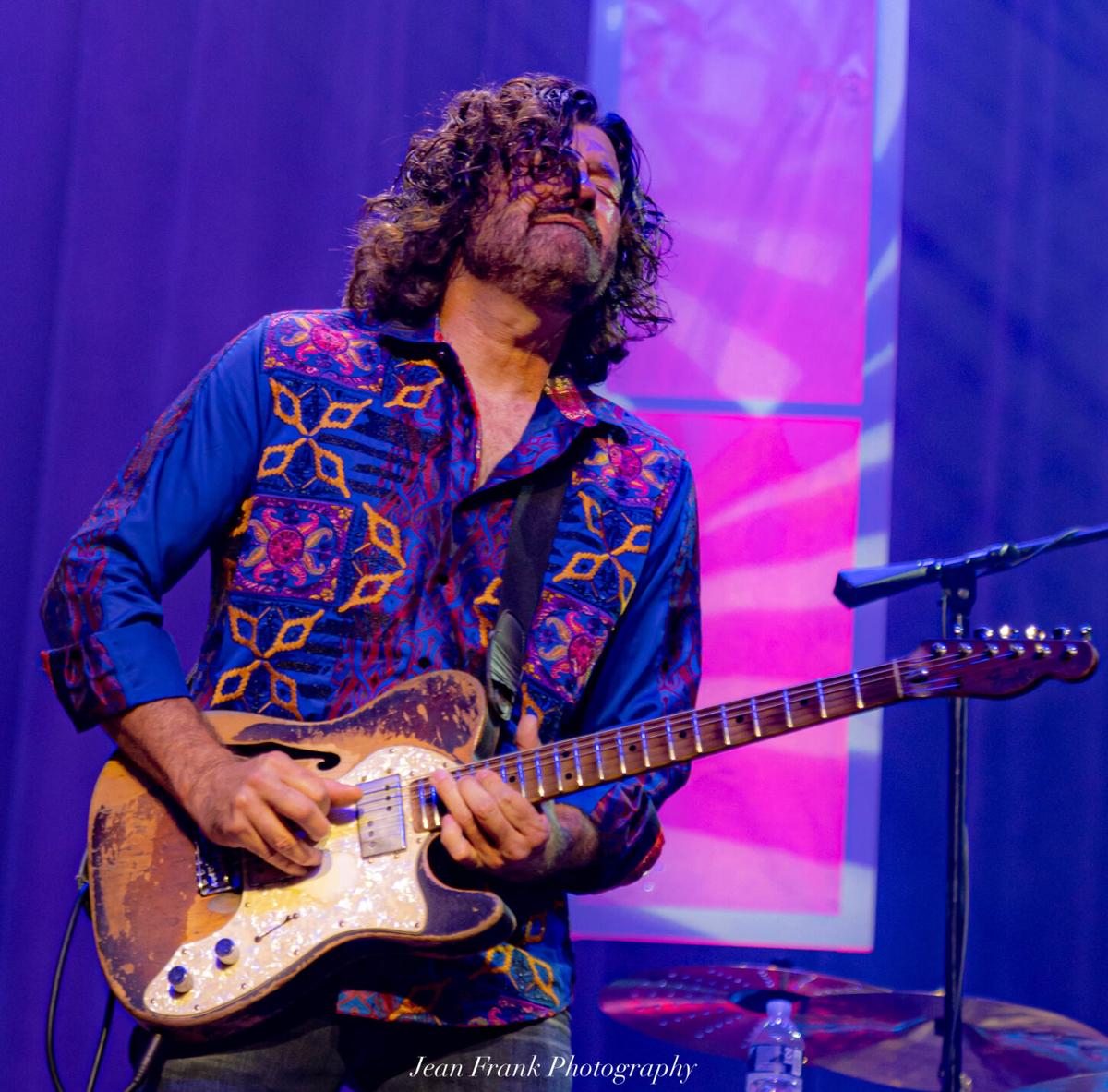 Blues/rock guitarist and singer Samantha Fish was in a familiar place — on tour — when, in her words, “basically everything went to hell.”

The COVID-19 pandemic sent her and countless other touring acts back home. For Fish, though, home was New Orleans, one of the cities hardest hit by the virus.

“I came home and did what everybody else did — just kind of quarantined for a very long time,” Fish said in a recent phone call. “It took a few months before it really sunk in, like all right, this is going to be for a long, long while. … It was a weird thing, especially being here in New Orleans … It was scary, but I think everybody has gone through these emotions.”

Fish has done a few physically distanced shows since then, and returns to Southwest Virginia for one on Wednesday. She and another popular and talented guitarist and singer, Tab Benoit, open up Berglund Center’s season of parking lot drive-in concerts.

“I’m really looking forward to it,” she said.

After all, there has been a lot of isolation, though she didn’t simply sit around.

“It’s been a lot of ups and downs, but personally, I just started writing,” Fish said. “It was the first time I’ve ever been able to write in a situation where I wasn’t constantly moving around from place to place.

“We tried finding ways to connect with our fans through social media, like a lot of other bands have done. [We were] just getting creative with livestreams and just trying to put out content that was sort of happy, where there was a lot of negative content coming out on social media and in the news and stuff.”

She did enough writing to make a record, and she just received the master tapes. There’s no release date set, she said. When it does drop, though, fans shouldn’t expect a pandemic-centered album.

It’s “kind of exciting and fun,” she said. “This new record that I did, I wrote a couple of songs early on that I think embodied my feelings about this whole ordeal. Then, a lot of what I was writing was kind of empowering. Maybe because I was writing from a place of feeling kind of helpless, I ended up writing more stuff that was from a place of empowerment and fun and taking control.

“I’m kind of surprised that after the year that we’ve all had, that was the direction, because I kind of was thinking that it would be sort of a drag, the record.”

Fish has been making nationally distributed and well-received records since 2011, but 2015’s “Wild Heart” was the last one that a listener might consider to be down-and-dirty, three-piece-band-style blues and rock. She has explored multiple stylistic directions and expanded her sonic palette on subsequent albums “Chills & Fever,” “Belle Of The West” and “Kill Or Be Kind.” With those albums came larger bands, featuring horns and keyboardists, in shows at venues including Rocky Mount’s Harvester Performance Center, a room she had played a handful of times.

But with COVID-19 still a threat, Fish has pared down to a three-piece band again, which requires a smaller traveling crew.

“That decreases our risk of bringing anything back into our bubble … and have to go home,” Fish said.

She’s finding the fun in playing her newer stuff in the format that launched her.

“I’m stretching out on some new material and reimagining it with a trio, as opposed to having horns and keys and stuff,” Fish said. “But it’s kind of a throwback for some our hardcore, old-school fans that came like five years ago, in the ‘Wild Heart’ era. We’re putting together a lot of material that’s from older records. It’s been a lot of fun.”

She always has fun with Benoit. The pair share a management team and have played multiple shows together, she said. Catch a video of them jamming on Benoit’s song, “Medicine,” at youtu.be/rkv-IqRFM6s.

“Oh man, I love Tab,” she said. “He is one of my favorite contemporary guitar players, just because he really has a unique voice and phrasing … It’s just him.”

Go to this story at roanoke.com/entertainment/music to see a video montage of a 2017 Fish performance at the Harvester.

When completed, the colossal sculpture will stand alongside a road within Selu Conservancy, a 380-acre retreat and nature preserve that borders the Little River amid farmland in southern Montgomery County.

Virginia plays a role on TLC’s new season of “90 Day Fiancé,” a couples reality show where one of the partners is foreign-born and arrives in the United States to find true love on a 90-day special visa.

Out & About: Cyberlesque brings virtual burlesque to Grandin

Roanoke-based burlesque dancer Bebe Demure — who has a background in ballet — will lead an adults-only revue at the Grandin Theatre this Saturday.

Here are 10 beautifully illustrated picture books to share with your children.

We'd like to thank the academy for the 10 nominations. Have we mentioned that it's the most-nominated movie of the year? We have? Well, that's because just about every branch in the academy (except for the writers; we don't know what they were thinking) recognized the considerable craft that went into this film. We realize that the academy's membership has changed in recent years, so the movie's evocation of Old Hollywood might not give younger voters — how do the kids put it — ummm, the feels?

"While Dad's health has deteriorated quickly, we can assure you that his great sense of humor continues to shine through," his family said in a statement. "And yes, he still wears his khakis at home."

Prince Philip vs. Philip of 'The Crown': Fact and fiction

How does the Netflix drama's portrayal of Prince Philip, who died at age 99 on Friday, compare with the man himself and the life he lived with Britain's Queen Elizabeth II?

Hank Azaria, who voiced Apu on 'The Simpsons', apologizes for playing character

"I apologize for my part in creating that and participating in that," Azaria said. "Part of me feels like I need to go to every single Indian person in this country and personally apologize."

Will Smith film pulled from Georgia over voting law

Production of Will Smith's film "Emancipation" has been pulled from Georgia over the state's new voting law, the most high-profile film to depart.