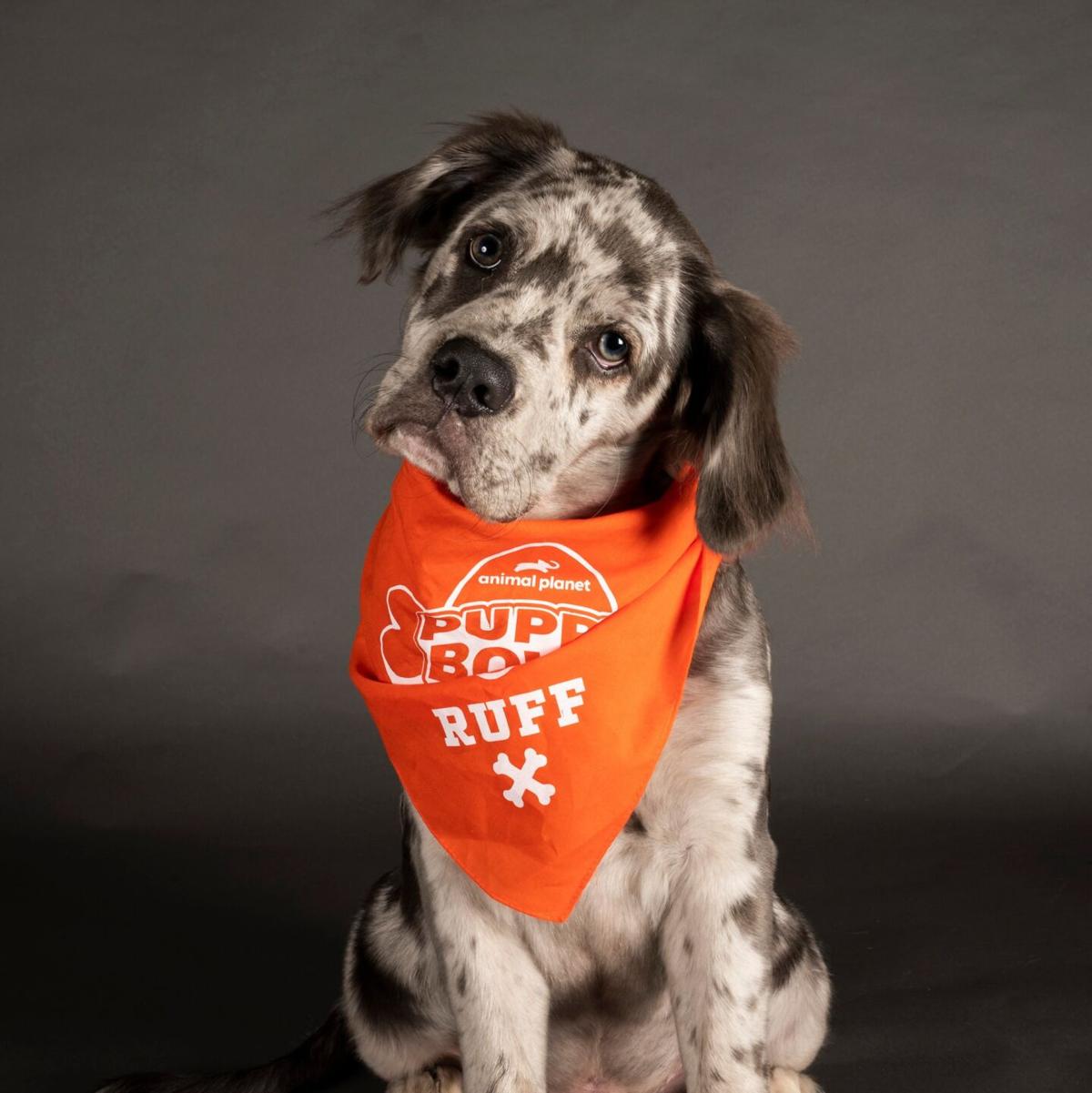 Odin, a pup from Roanoke, will be suiting up for Team Ruff in this year’s Puppy Bowl on Feb. 13. 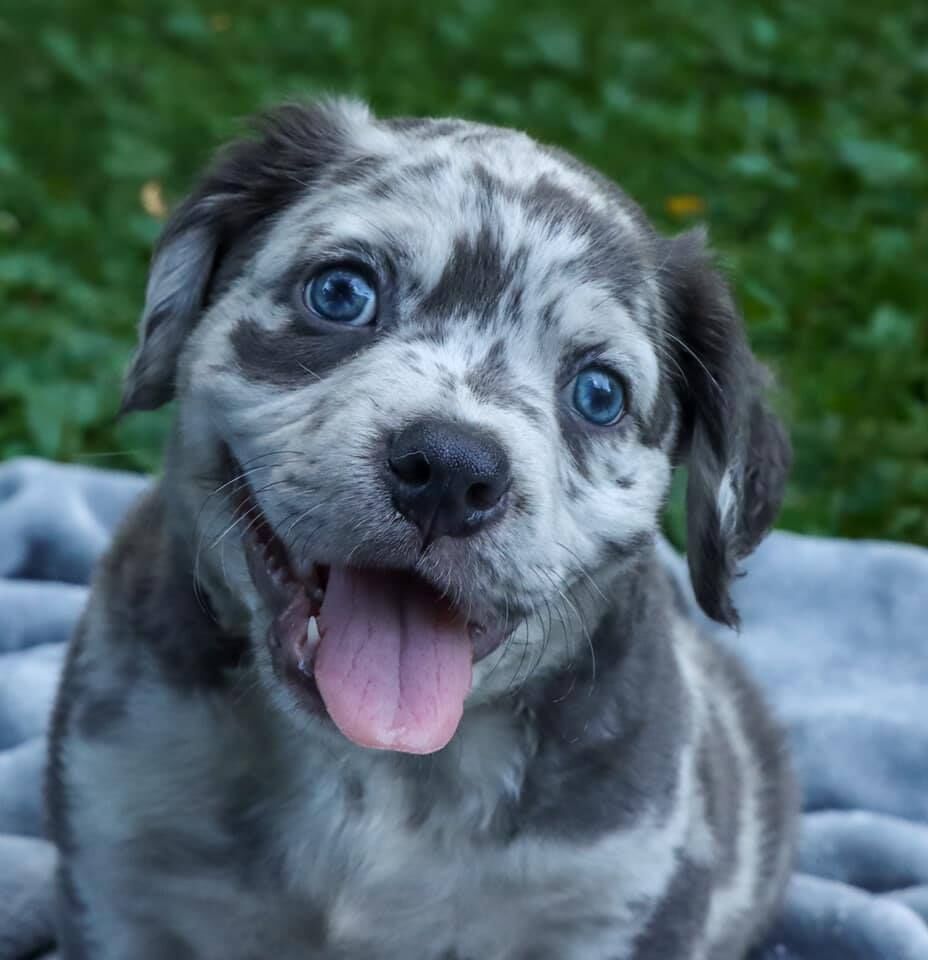 Roanoke resident Carey Frost-Perdue says it was “love at first sight” when she met the puppy she adopted and named Odin. 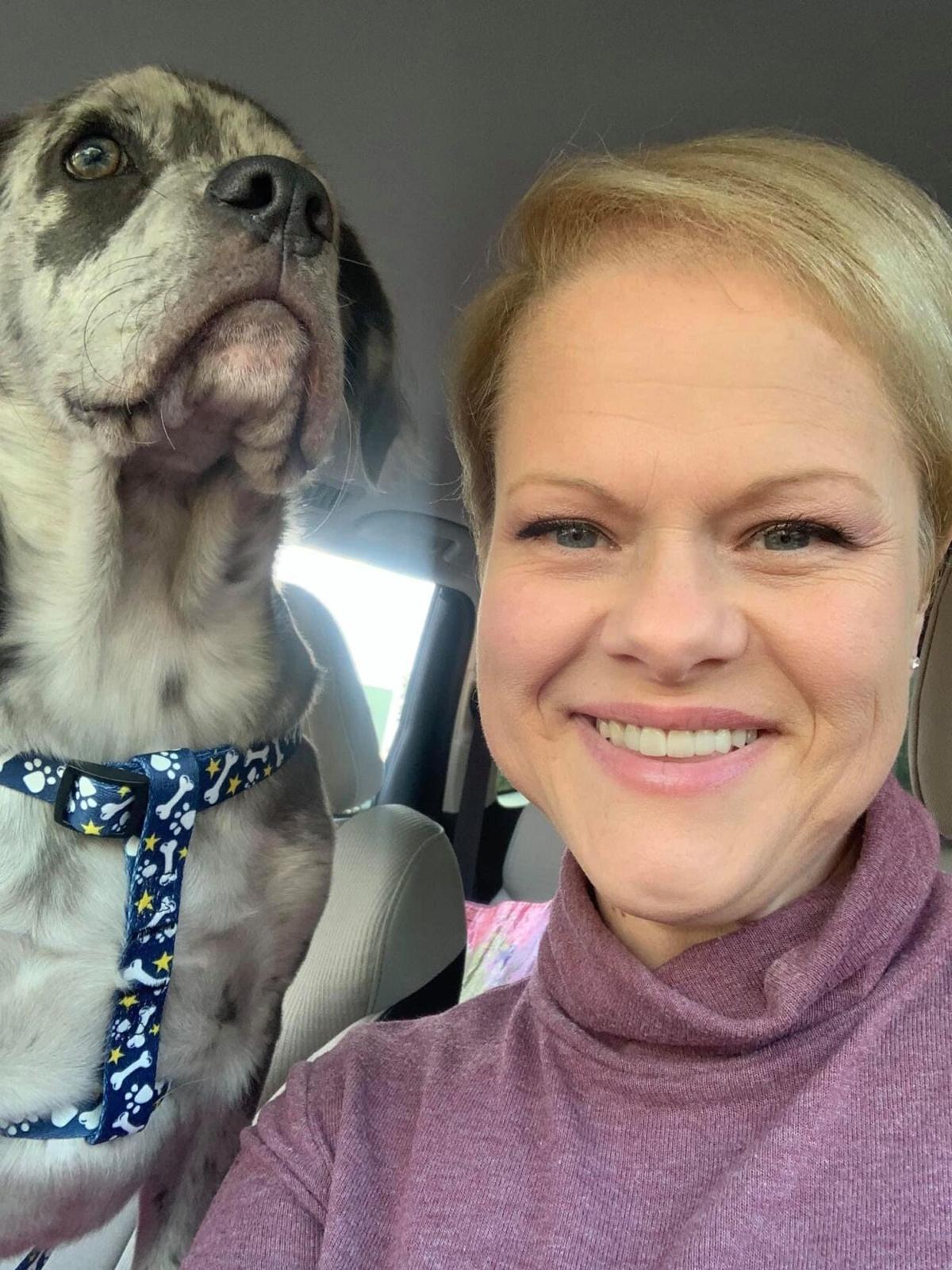 Are you ready for some Puppy Bowl?

On Sunday, Feb. 13, as fans gear up for this year’s Super Bowl LVI at SoFi Stadium in Los Angeles, Puppy Bowl XVIII will be taking to the field on Animal Planet and Discovery+ at 2 p.m.

Like real football players, Puppy Bowl team members come from all over the country, and among the 105 canines up for this year’s tilt is a rescue dog named Odin, owned by Carey Frost-Perdue of Roanoke.

“Odin is so remarkable, by far one of the most remarkable dogs I have ever owned,” Frost-Perdue said via email.

Odin was part of a litter born in May, whose mother died after delivery, and the new puppies had to be bottle-fed until they were about 8 weeks old, Frost-Perdue said. They had been taken in by a foster caregiver with Big Fluffy Dog Rescue, an organization based out of Nashville, Tennessee, with which Frost-Perdue volunteers. When she met the days-old pup, it was “love at first sight,” she said.

Puppy Bowl’s mission is to encourage pet adoption, and animal welfare organizations help to draft a lot of the competitors. Big Fluffy Dog Rescue contacted Frost-Perdue to enlist Odin’s participation because of his interesting looks and his winning personality.

“He is a big bundle of joy, let me tell you, and everyone who sees him has to take pics with him and love on him,” she said. “He hasn’t met a stranger he doesn’t love.”

If you’ve never seen Puppy Bowl, which debuted in 2005, it is the Super Bowl of cuteness, complete with a coin toss, play-by-play announcers, and a “ruff-eree” calling scores and penalties. There’s even a kitten halftime show, and an MVP (Most Valuable Pup) of the game. Its viewership numbers have consistently totaled in the millions, and according to Wikipedia, in 2016 only the Super Bowl itself had a bigger audience.

Last year, a deaf Boston terrier named Marshall, who lives near Salem with his people and a pack of other dogs, won the MVP award at Puppy Bowl XVII, and claimed a win in the “Most Pupular” contest, via online voting. Marshall, who was 8 months old at the time, crossed the goal line with a toy twice within seconds.

Filming for the upcoming Puppy Bowl, including official player photographs, took place in New York in October. “It was so fun and interesting to be behind the scenes,” Frost-Perdue said.

Odin will be playing for Team Ruff. So tune in and root for one of the Star City’s own. It’s going to be doggone adorable.

Betty White's assistant shares one of her final photos

"She was radiant and beautiful and as happy as ever," the post read. See how Betty White was celebrated on what would have been her 100th birthday.

A follow-up to “How I Met Your Mother” might have happened a lot sooner. “This Is Us” just got in the way.

Fictional hospitals make for great television. However, what happens every week on medical dramas is often not what happens in real life.

The actors in the new medical drama, “Good Sam,” have gotten so into their work they’re swapping surgical videos they find on the internet.

REVIEW: 'Cheer' tumbles back with new drama, lots of conflict

It isn’t “business as usual” in the second season of “Cheer.”

Steve Harvey can judge with the best of them

Money is the root of all lawsuits, Steve Harvey says.

Writer/producer Phil Augusta Jackson didn’t have to go far for inspiration for his latest series, “Grand Crew.” He found it in a wine bar.

How does a writer/director address social issues in a superhero series? Through normalization, Ava DuVernay says.

Winners from the TV categories:

Niall Horan responds to Twitter billboard about manifesting his success

Odin, a pup from Roanoke, will be suiting up for Team Ruff in this year’s Puppy Bowl on Feb. 13.

Roanoke resident Carey Frost-Perdue says it was “love at first sight” when she met the puppy she adopted and named Odin.