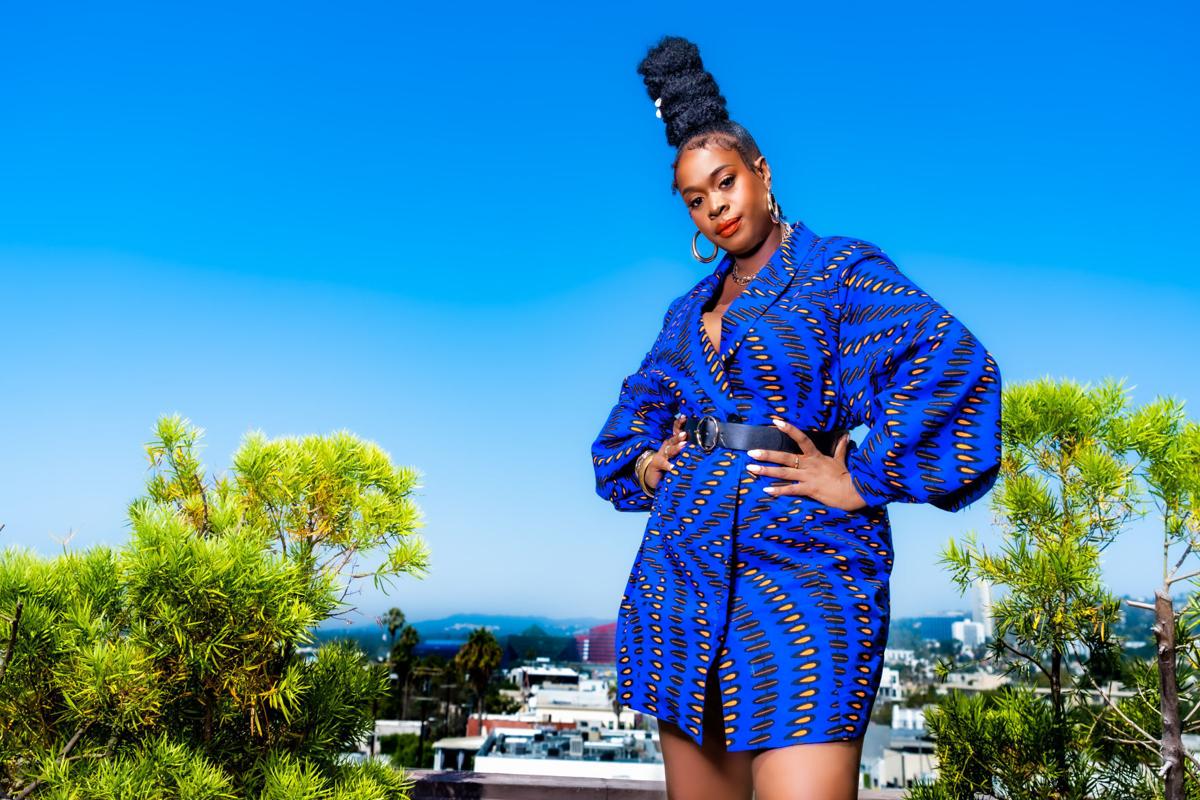 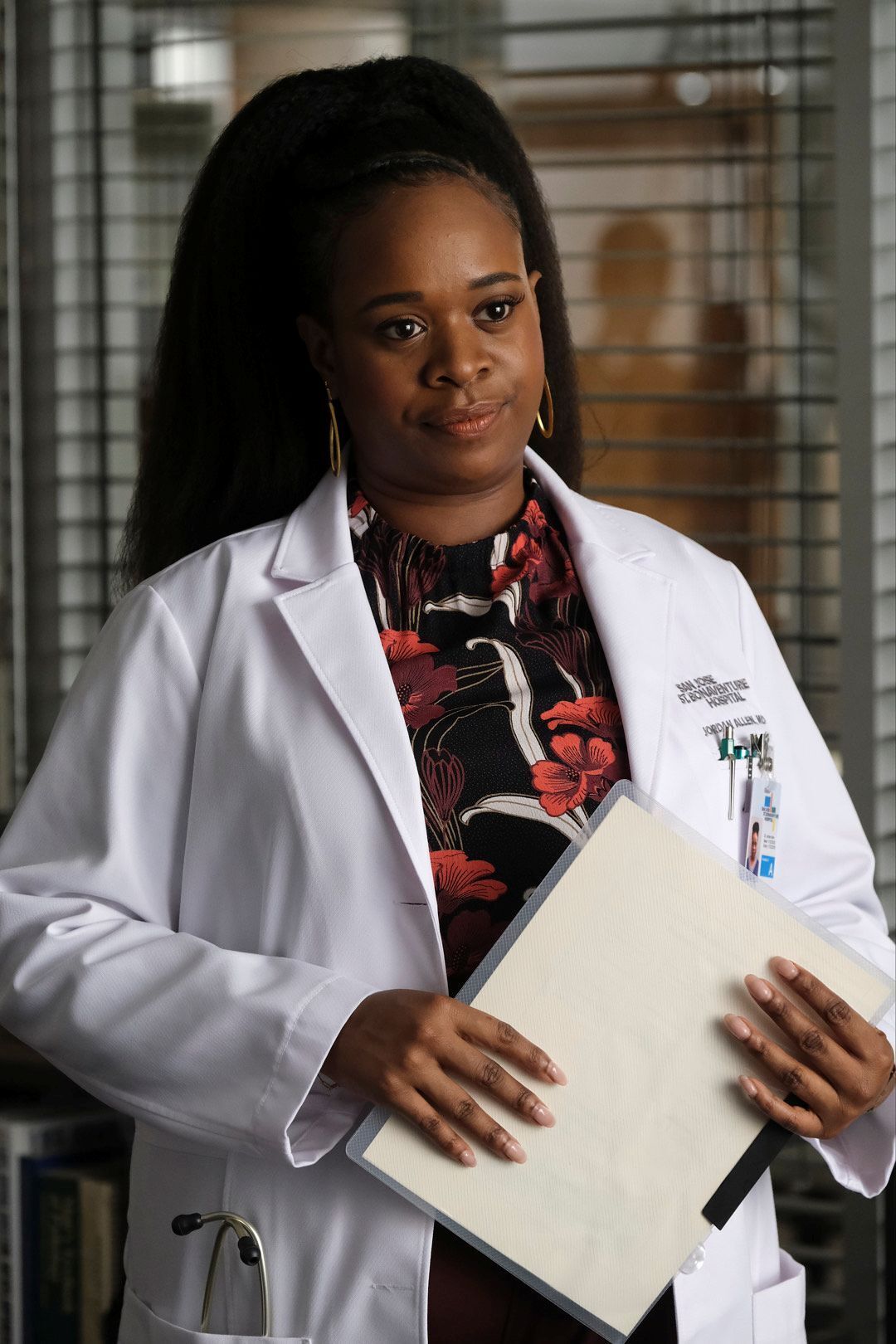 It was at Richmond’s DMV on Broad Street in 2019 where Henderson booked her first major role on the Hulu/FX miniseries “Mrs. America” starring Cate Blanchett.

“When I had to reset my password, I made it the character’s name. I wanted that role so badly. I manifested it. And it worked!” Henderson, 28, said in a call from Los Angeles.

Now, Henderson is starring as Dr. Jordan Allen, another strong, savvy woman and the newest series regular added to ABC’s “The Good Doctor.”

The series, now in its fifth season, follows the ups and down of Dr. Shaun Murphy, a young autistic savant surgical resident at St. Bonaventure.

Henderson joined the show last year, along with Midlothian native Summer Brown, as one of four first-year residents vying for a position at the fictional San Jose St. Bonaventure Hospital.

“Dr. Jordan Allen is a devout Baptist. She’s fierce, stylish, an entrepreneur and a hustler,” Henderson said. “She’s someone who is very intuitive. She has great bedside manner. And while she might not say all the things a doctor would traditionally say, she’ll say something to connect with her patients.”

Henderson’s character of Dr. Allen made the cut from the first-year residents and is now entering her second season on “The Good Doctor.” (Summer Brown’s character, sadly, got the boot.)

“Summer was amazing to work with. Warm, friendly and a gentle soul,” Henderson said. “The first year, I didn’t know what the heck I was doing. I came on as a guest star. I was only guaranteed five episodes. I came for two months. Two months turned into eight months.”

“The Good Doctor” films in Vancouver and last year, it filmed during the height of the pandemic. Flying home to Richmond where Henderson’s family still lives for Thanksgiving wasn’t an option.

“All the newbies were in Vancouver, figuring out what we had signed up for. It was a hard transition. It was almost like working in a nightmare because of the pandemic,” Henderson said. “We had Thanksgiving at another newbie’s house. It was sort of sad, but we were all thankful that we were together.”

But this year, with a full season under her belt, Henderson is hitting her stride.

“I’m doing a lot more work. I have a lot more onscreen time. I challenge myself every time the director says ‘Action.’ I always want to make it new,” Henderson said.

“I was always involved in the performing arts, even when I was little,” Henderson said. She got her start in choir and praise dance at New Deliverance Evangelistic Church in Chesterfield. One day, she walked into the wrong room for practice and stumbled into practice for the acting troupe, where she stayed and started learning acting.

In high school, she saw her first play from the Next Stage Theater Company. When she asked a friend’s mom, Diana Prentiss, to introduce her to the director, she found herself getting tapped to fill in for a performer who was out sick.

“Bria got this funny look on her face. She was so shy, so sweet in her nature,” Prentiss said.

When the director handed her the costume, Henderson said. “It fit like a glove. And I’m a plus size woman.” The moment felt like destiny. “Acting became my first love,” she said.

After high school, Henderson attended Spelman College, where she majored in drama, then the University of Washington, where she attained her master’s in acting.

Now she’s delving into writing and producing while learning on the job at ABC’s “The Good Doctor.”

“I’m learning how to play with the camera, how to take notes from editing, learning the craft. Something that I’ve always wanted to do,” she added.

Henderson recently wrote and created a pilot called “Virginality,” about a 30-year-old virgin who trades in her purity for a dream job promotion.

“I’m taking notes from other Black women like Regina King and Issa Rae. I want to showcase myself as a writer, creator and producer,” Henderson said. She’s currently submitting “Virginality” to film festivals and hopes to pitch it to studios next year.

“I keep moving the goal posts,” Henderson said of her drive to accomplish new goals.

“One of my biggest dreams is to charter and build a performing arts school in the city of Richmond. I think it would be really beautiful to build a school in the city for students who look like me,” Henderson said. She said the Appomattox Regional Governor’s School in Petersburg is too far away and too exclusive to truly serve city kids.

“That’s the big goal,” she said. “I’d love to get started in the next five years. I have a lot of friends from Richmond who are artists, writers, actors. I’m like, ‘Come on, we can do this!’”

The secrets to winning the Great Christmas Light Fight

When contestants discover they’ve won “The Great Christmas Light Fight,” they’re not pining to see that “bag of money,” as host Carter Oosterhouse puts it. “They want the trophy.”

Two documentaries, "Black and Missing" and "Murdered and Missing in Montana," break the true-crime mold and instead highlight cases of Black and Indigenous women who've gone missing.

A former Roanoke Times reporter’s TV pilot screenplay about a struggling newspaper earned him a win at the 2021 Virginia Screenwriting competition.

Supply-chain woes are this year's Grinch. But TV is overstocked with holiday specials and rom-coms — including the Food Network's first movie and the rebranded GAC Family channel's Christmas debut.

Worth Watching: Reba and Jimmy Fallon Join the Christmas TV Celebrations, The ‘Cusp’ of Adulthood, Enroll in the ‘School of Chocolate’

What goes well with Thanksgiving leftovers? Christmas TV, apparently, which goes into overdrive with classic holiday specials and new offerings.

The 'Scottish Warrior' is ready to lead Team SmackDown in the fight for brand supremacy.

On a busy Thanksgiving Eve, streaming options are plentiful, including the latest Marvel series (Hawkeye), a rare detour into drama for Kevin Hart and much more.

Streaming highlights on a busy Friday include Will Ferrell and Paul Rudd in "The Shrink Next Door," and Dwayne Johnson joined by Ryan Reynolds and Gal Gadot for the comic caper "Red Notice."

Worth Watching: Sing Along with Queen, Next Gen ‘Class,’ ‘Ghosts’ Gets Persona;