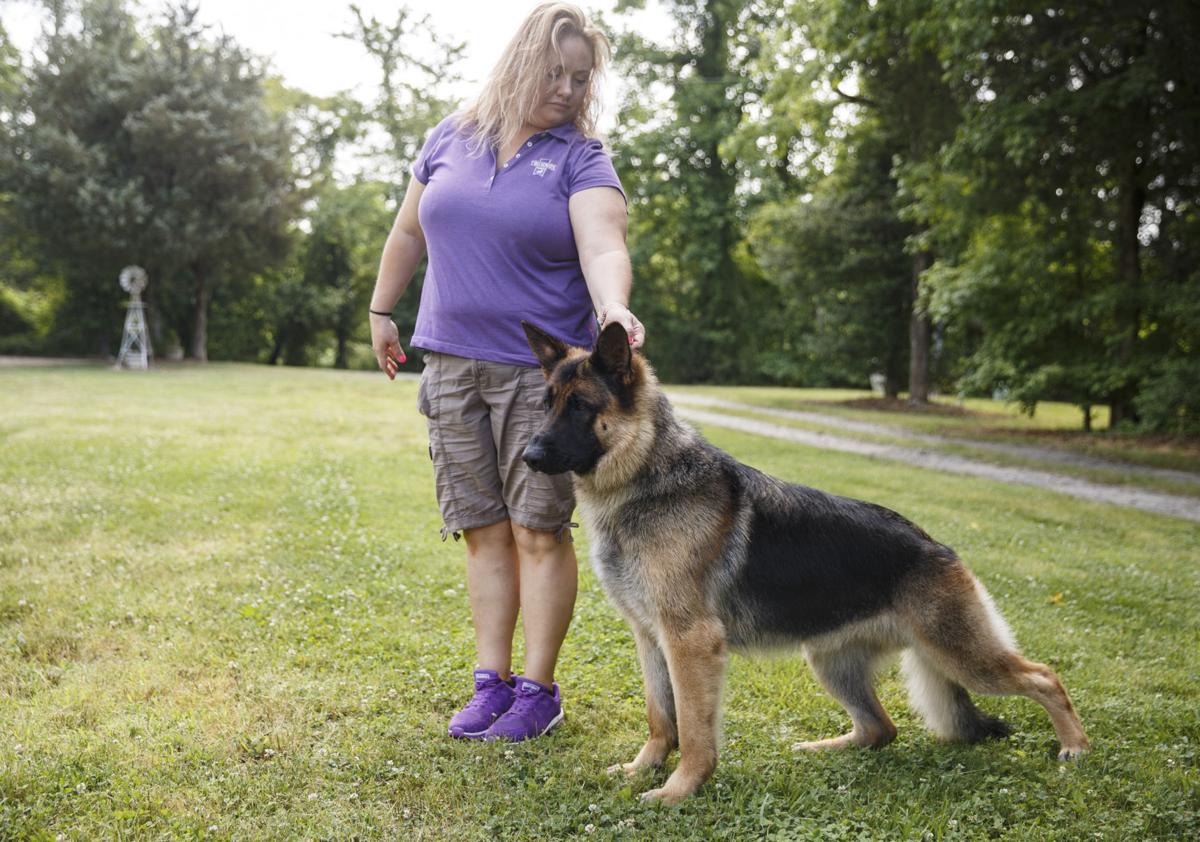 Dog trainer and kennel owner Vera Symonds works with Cash, the German shepherd she will be showing at the Westminster Kennel Club Dog Show in New York City this weekend. 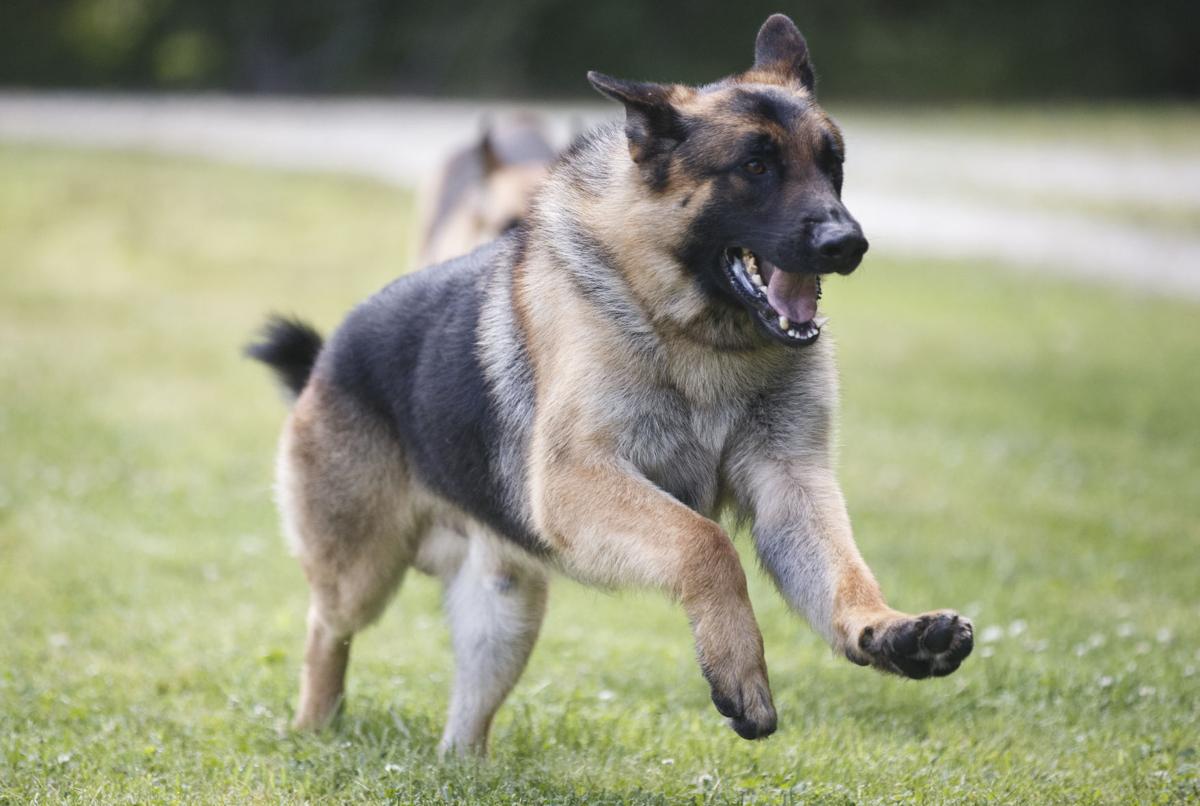 Vera Symonds works with Cash, the German Shepherd she will be showing at the Westminster Kennel Club Dog Show in New York City. 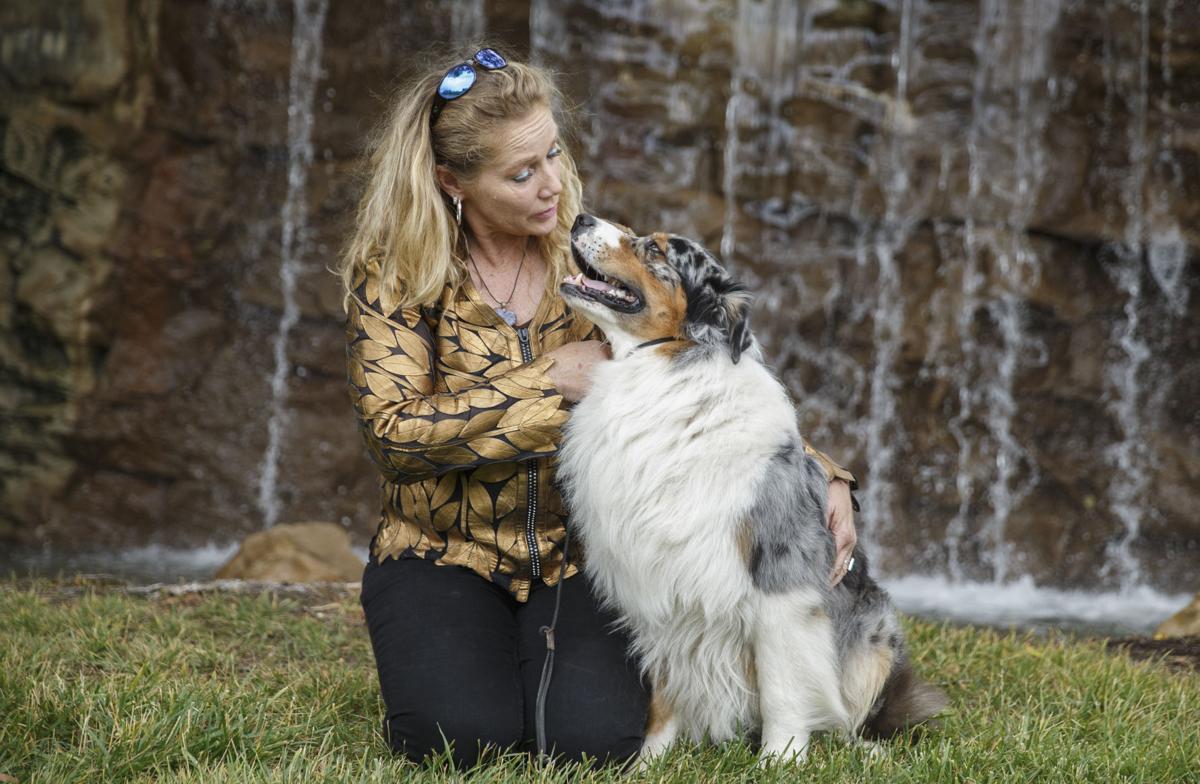 Monique Gautreaux poses with Yeti. She will show another one of her dogs—Drake—this weekend.

Monique Gautreaux and Drake, an Australian shepherd, will compete at Westminster.

BY ADELE UPHAUS–CONNER The Free Lance-Star

If both of their dogs — Trademark’s C’Mon Cash Machine, a German shepherd, and Reinem-N Dynamic Drake, an Australian shepherd — win Best in Breed at the Westminster Kennel Club Dog Show this weekend, sisters Vera Symonds and Monique Gautreaux could be competing against each other for Best in Group and possibly Best in Show.

And it’s a scenario the sisters have been preparing for since they were little kids.

“We’re both always pushing,” said Symonds, who works as a dog trainer in addition to owning Trademark Kennels in Stafford County. “That’s the type of people we are. We don’t like to do anything halfway.”

The sisters grew up on a farm in southern Stafford and are both following in the footsteps of their mother, Barbara, who owned Bar-Ben Kennels, breeding and training German shepherds in addition to raising five human children.

“[Westminster] is something my mother always aspired to,” Symonds said. “But raising kids and having her business at home, she could never get too far away. She lives through her daughters now, and you should hear her bragging!”

The sisters have been raising dogs since they were little, but they are both fairly new to the rarified world of AKC dog showing.

Gautreaux, who owns Reinem-N Kennel and Stables in Caroline County and is also a farrier, has been breeding Australian shepherds since 1998, but only began showing in 2013.

Symonds started breeding and training dogs in 2012, after realizing her career in corporate management was not fulfilling.

She started Trademark Kennels with Fresca, a German shepherd she got from her mother.

“I have all [Fresca’s] grandbabies now, who are winning everywhere,” Symonds said.

Six of Symonds’ dogs are AKC champions and three are grand champions. Cash, in addition to being a grand champion, is also a Canine Good Citizen and is working on endurance and obedience titles.

“They’re an endurance breed meant for herding, not protection, believe it or not,” she said. “That’s what I try to showcase with my dogs—brains and intelligence.”

Symonds said achieving AKC champion status is difficult with the German shepherd because judges are looking for a stance and gait that is not easy to show in a small ring.

“You have to be able to tell they’re going to cover lots of ground efficiently,” she said. “You have to get into that flying trot and in these small rings, it’s difficult to show your dog’s movement and their beauty sometimes. Then you have to go search for bigger shows that have only German shepherds.”

Symonds knew Cash was a winning dog, but it was still a shock when she was invited to enter him in the Westminster Kennel Club Dog Show, which is the second-oldest sporting event in the country, preceded only by the Kentucky Derby.

“The more popular your breed, the harder it is to get in there,” Symonds said.

Gautreaux has found success with her dogs in a relatively short time. She has three AKC Grand Champion dogs, including Drake, and three Champion dogs.

She said she loves Australian shepherds for their smarts and the fact that they are good on farms and love horses, making them a good fit for her lifestyle.

Gautreaux said she feels excited and nervous for Drake to be shown at Westminster this year. She said her only goal for the event is to be invited to meet with Robin Roberts, meaning she and Drake would have to win Best in Breed and Best in Group.

“I just want to talk with Robin,” she said with a laugh.

Gautreaux and Symonds consider themselves to be underdogs at Westminster because unlike many champion dog owners, they aren’t millionaires and they have day jobs. They also usually handle their own dogs, although Gautreaux did hire a handler, Jessica Plourde, to show Drake starting last fall.

The sisters said they will be there to support each other and are looking forward to spending time together at Westminster this weekend—but there will still be plenty of healthy competition.

“Bow down, baby sister!” Gautreaux said with a laugh. “We’re bringing it.”

Uma Thurman reveals she had an abortion as a teen

Uma Thurman reveals she had an abortion as a teen

Here's a list of winners from Sunday night's Emmy Awards, plus a gallery of photos of stars on the red carpet before the show.

Worth Watching: ‘Impeachment,’ An ‘Untold’ Tennis Story, ‘Queen Sugar,’ ‘Murders’ with a Sting

Federation and non-Federation worlds must confront the unknown and work together when the Paramount+ series returns.

These were not the Pandemmys, but were hardly normal either. See 8 key moments from last night's Emmy Awards.

Beloved 'Sex and the City' actor Willie Garson dies at 57

Willie Garson, who played Stanford Blatch, Carrie Bradshaw's friend on TV's "Sex and the City" and its movie sequels, has died.

The 73rd Primetime Emmy Awards will air Sunday night. Here's some of the outcomes and trends to watch for.

She plays a hospital psychiatrist who shelters a mysterious cult escapee.

Who will win the Emmys? 'The Crown' and 'Ted Lasso,' of course

It’s a British kind of thing.

Mayim Bialik and Ken Jennings will host "Jeopardy!" the rest of 2021. The news comes as episodes filmed by ousted host Mike Richards are now airing.

Dog trainer and kennel owner Vera Symonds works with Cash, the German shepherd she will be showing at the Westminster Kennel Club Dog Show in New York City this weekend.

Vera Symonds works with Cash, the German Shepherd she will be showing at the Westminster Kennel Club Dog Show in New York City.

Monique Gautreaux poses with Yeti. She will show another one of her dogs—Drake—this weekend.

Monique Gautreaux and Drake, an Australian shepherd, will compete at Westminster.