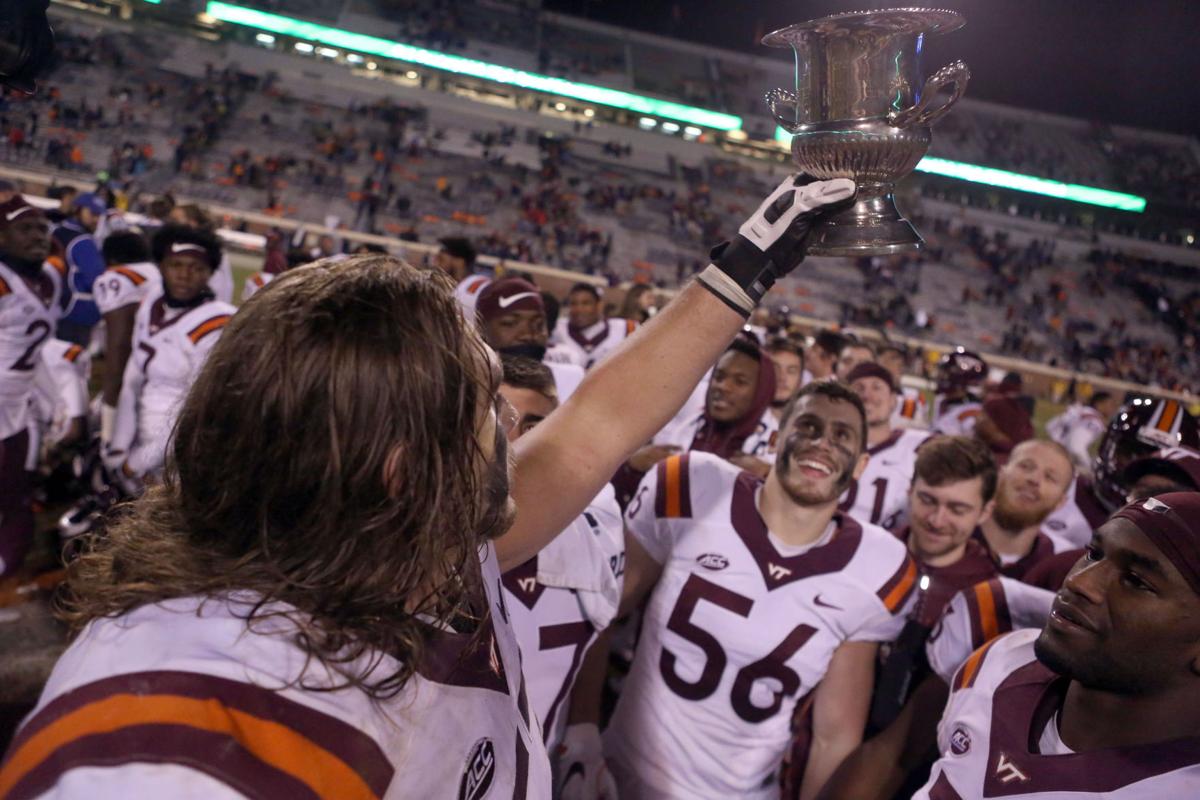 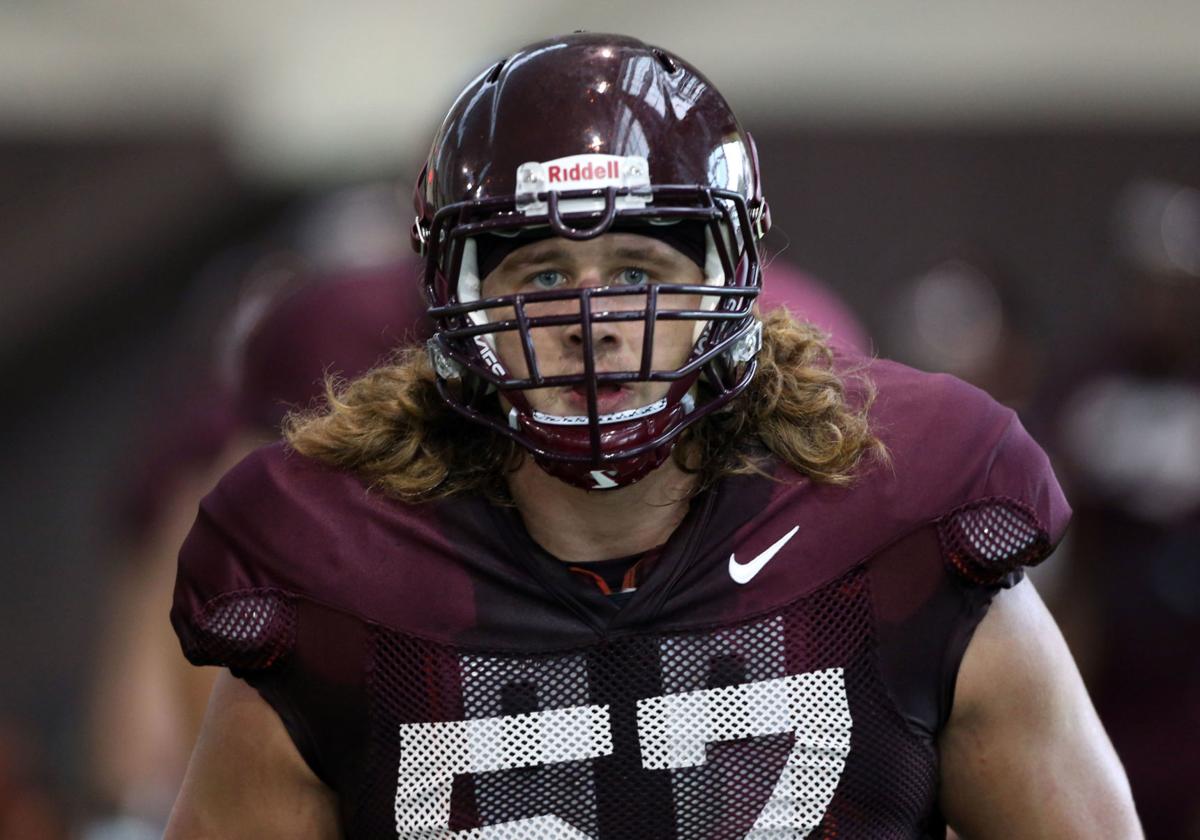 MOBILE, Ala. — Wyatt Teller didn’t always bring the same fiery intensity to football practices that he showed during games.

The former Virginia Tech offensive guard understands that may have rubbed his coaches the wrong way.

But Teller’s differing disposition didn’t stem from a disinterest in practicing. The NFL hopeful has dealt with attention deficit hyperactivity disorder since he was a small child. The medication he takes allows Teller to focus on the tasks in front of him.

It comes at a cost.

“You’re kind of a little bit more calm,” Teller said this week after practice at the Senior Bowl. “I wouldn’t say lazy, but you’re a little more relaxed. In football, you want to be a bit more antsy. You want to be aggressive.”

Teller, the youngest of five children from Manassas, has long been aware of the impact his medication has on him. On game days with the Hokies, he dialed back to half a dose to make sure he had the proper emotional edge, and he’s been working to wean himself off the drugs entirely as he gets older.

Dr. Robert Trestman, chair of psychiatry and behavioral medicine at the Virginia Tech Carilion School of Medicine, said the most common medications to treat ADHD are stimulants designed to bring the patient’s brain to the more normal state, allowing them to focus.

The rush associated with playing competitive sports, including football, could replace the medication as the missing stimulant.

“In most people, when they’re doing things that they really like, they’re much more able to stay focused on it than when they’re doing things that are more socially required, for example schoolwork,” Dr. Trestman said. “Now when you talk about a sport where you’re physically demanding the most of yourself, your heart is going to be pounding and your adrenaline is going to be surging. All of this kind of stimulation allows their brain to focus and not be distracted.”

Trestman said reducing dosage once a week is not a problem, medically. In fact, he said, many non-sports playing patients do it to have a day when their appetite isn’t diminished, a side effect of many of the drugs.

Teller successfully handled his condition at Tech, starting 43 games over his four seasons, including the final 25 in a row. He earned first-team All-ACC accolades as a senior and this week, is in Mobile, Alabama, to compete in front of NFL scouts at the Senior Bowl.

At 6-foot-5 and 311 pounds, Teller is considered a likely late-round draft pick by most analysts.

“Everybody at this level can do what I did,” Teller said, looking around a convention center room full of other NFL hopefuls. “Now, who can do it against the best of the best?”

Teller went to Virginia Tech as a highly sought-after defensive line recruit. At Liberty-Bealeton, he bulked up to 250 pounds by his senior year and was able to focus well enough to learn a variety of positions.

“He was just such a scary athlete, we tried to move him around to use him as much as we could,” Liberty coach Sean Finnerty said. “He played tight end, he played fullback. We actually had a special package where he was quarterback and we just ran him.”

A number of schools, including Auburn, recruited Teller as an offensive linemen, but he chose to play defense at Virginia Tech.

A few weeks into his first fall on campus, Tech was hit with a rash of injuries on the offensive line and Teller — who had been adamant about his desire to play defense in college — went to the coaching staff and offered to move to the other side of the ball.

He wasn’t sure if the move would be permanent. It turned out to be.

Teller’s switch from defense to offense made his balancing act with his ADHD medication more difficult. He needed to focus more on his footwork and specific steps as an offensive lineman, needed the mental sharpness his drugs afforded him but still needed to play an aggressive, physical style of football.

“When he got over to the offensive side, it wasn’t as easy,” Teller’s older brother, Rhett, said. “You have to be a technician when you’re on the offensive line. I think for him, having the ADHD, he may not have been able to focus quite as much.”

Rhett Teller is 11 years older than his 6-foot-5, 311-pound “little brother.” The two have grown into best friends over the past five years.

As a youngster, Wyatt idolized his older brother, a baseball star who played in college, then professionally in a pair of independent minor leagues.

Wyatt attended his brother’s baseball games religiously, wrestling other kids in the grass, dirt and mud — except when Rhett was batting. Then, his eyes were fixed on his hero.

“My mom made signs for him to hold during games my senior year of high school,” Rhett Teller, who lives and works in New Jersey, recalled. “He was only 7 years old. He’d hold these signs, and then, when I wasn’t up to bat, he’d go play with the other kids.”

It was, perhaps, an early indication of the battle in Teller’s mind between his hyper-focus and his hyper-activity.

Wyatt followed Rhett’s footsteps, playing baseball and football. But it didn’t take Wyatt long to see his future wasn’t on the diamond.

“He made the right choice,” Rhett Teller said. “As soon as the high school pitchers learned how to throw curveballs, it was all over.”

His college career threw Wyatt Teller a few curveballs in its own right. He played for three different offensive line coaches in five years with the Hokies, redshirting under Jeff Grimes, then being a usual-but-not-always starter for two seasons under Stacy Searels.

He often struggled with penalties, drawing coaches’ ire with false starts and other careless miscues, potentially resulting from his ADHD, a mental disorder that affects an estimated 5 percent of American children and 2.5 percent of adults, according to the American Psychiatric Association.

Teller said he came out of high school viewing his condition as an excuse he could lean on if he ever came up short.

“I kind of used it as a crutch, especially in high school,” Wyatt Teller said. “I wasn’t consistent, practice habits especially. When I got to college I had to learn to get past the ADHD. I couldn’t use it as a crutch. It’s something I had to mature and grow back on.”

Still, Teller is reluctant to blame his earlier less-than-stellar practice habits on his condition and medication, insisting he’s responsible for how he handled things at Tech.

“I feel it was more my practice habits,” Teller said. “I’m going to take accountability for the things I’ve done. When you start pointing the finger, that’s when you’re in the wrong. It was my practice habits.”

He had a breakthrough when Tech brought in Justin Fuente as head coach and Fuente, in turn, brought Vance Vice in as his offensive line coach.

Whether it was a matter of medication or maturity, by his junior season, Teller had learned to practice the way his coaches wanted him to. His senior season, he was penalized only once, for a false start in the opener against West Virginia. Teller and his coaches did not agree with the call.

“He’s matured into the person he is today,” Rhett Teller said.

BLACKSBURG — Virginia Tech doesn’t have a whole lot of space to add new faces with national signing day coming up in a couple of weeks.

"We should be much better," Aisha Sheppard said.

Shooting woes plague No. 16 Virginia Tech in loss at Syracuse