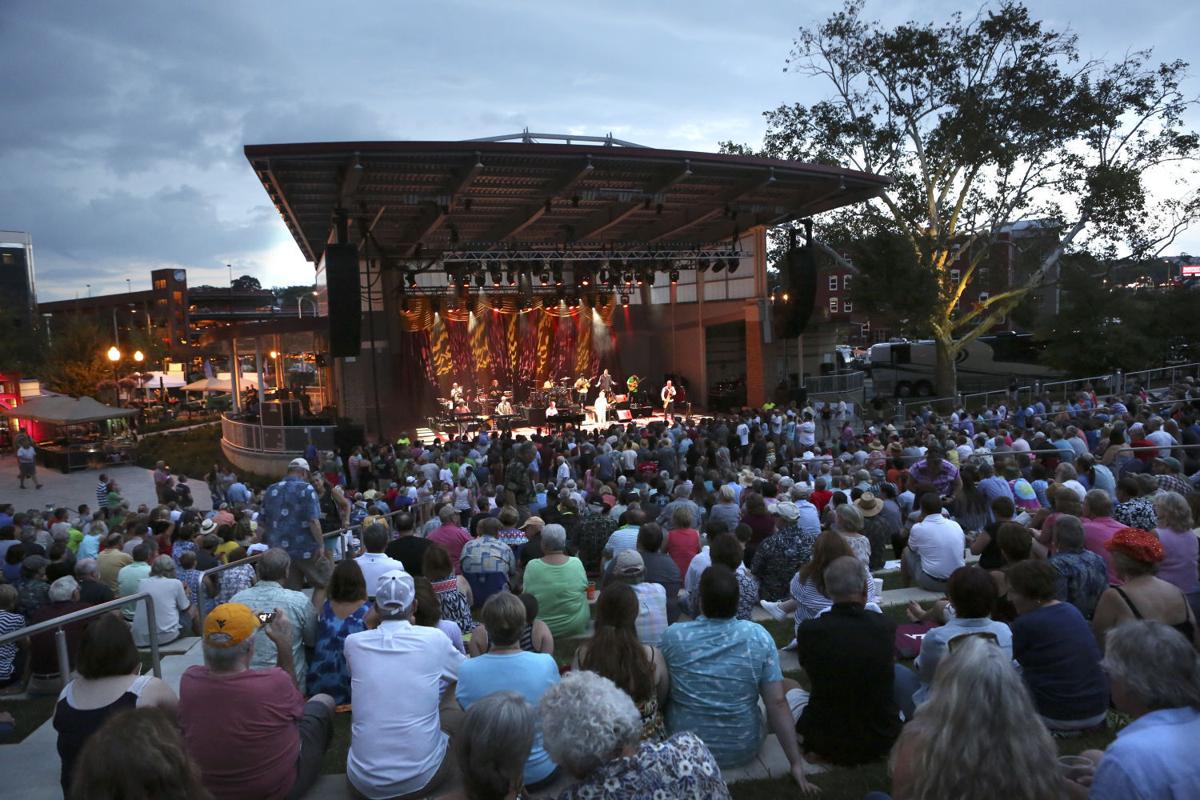 The city of Roanoke and several organizations are working to save a large sycamore tree (right) located beside the Elmwood Park amphitheater stage. 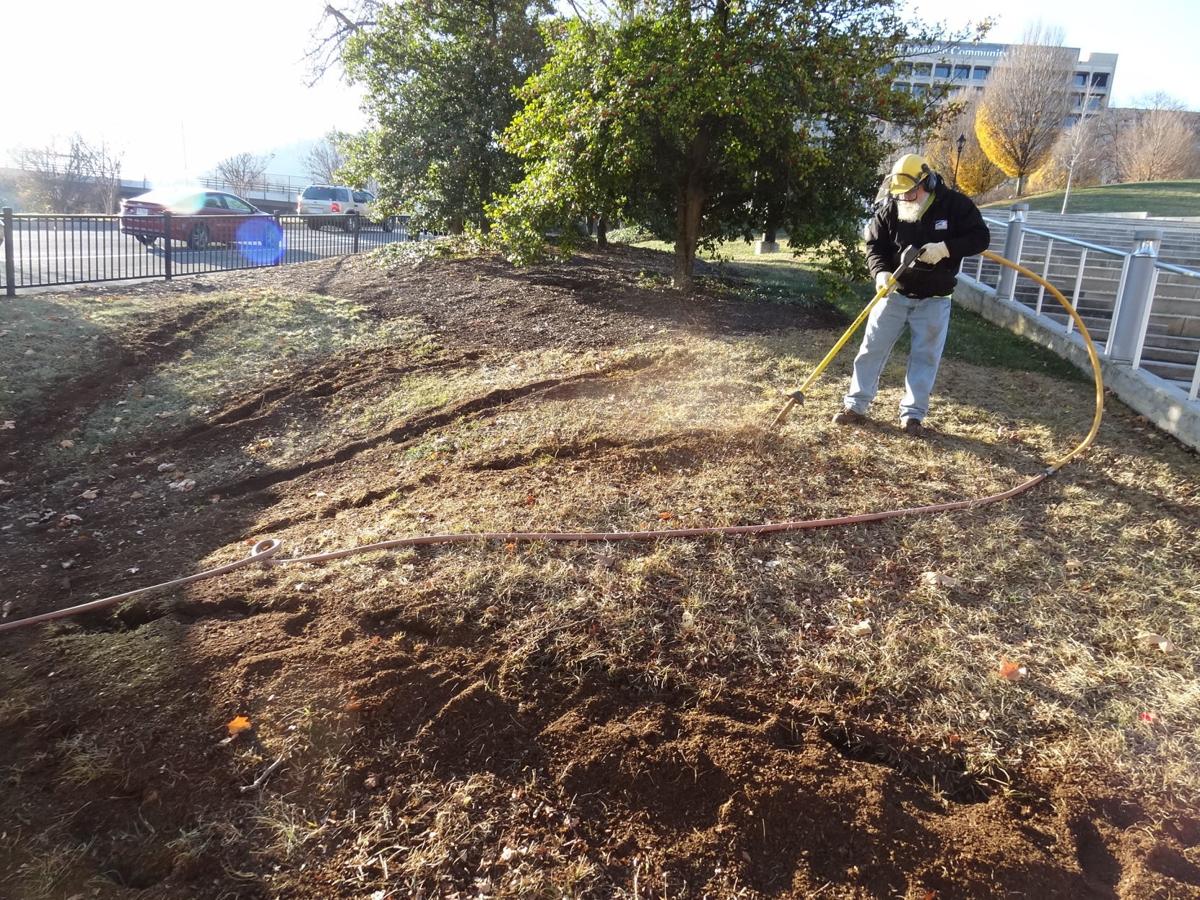 Larry Carter uses an air spade to aerate the soil at Elmwood Park, which helps amendments get deeper into the ground. 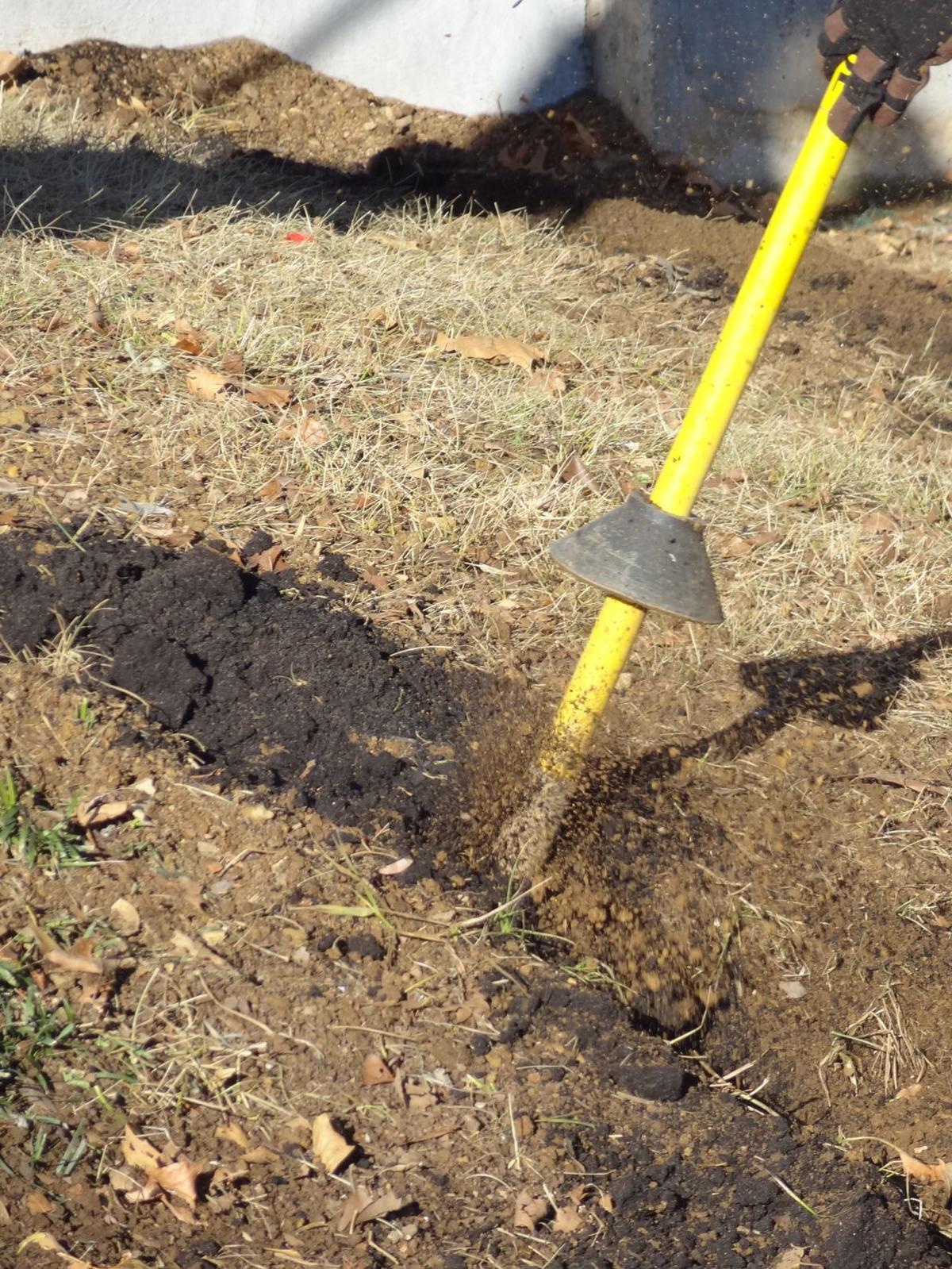 An air spade aerates the soil, which helps amendments get deeper into the ground. 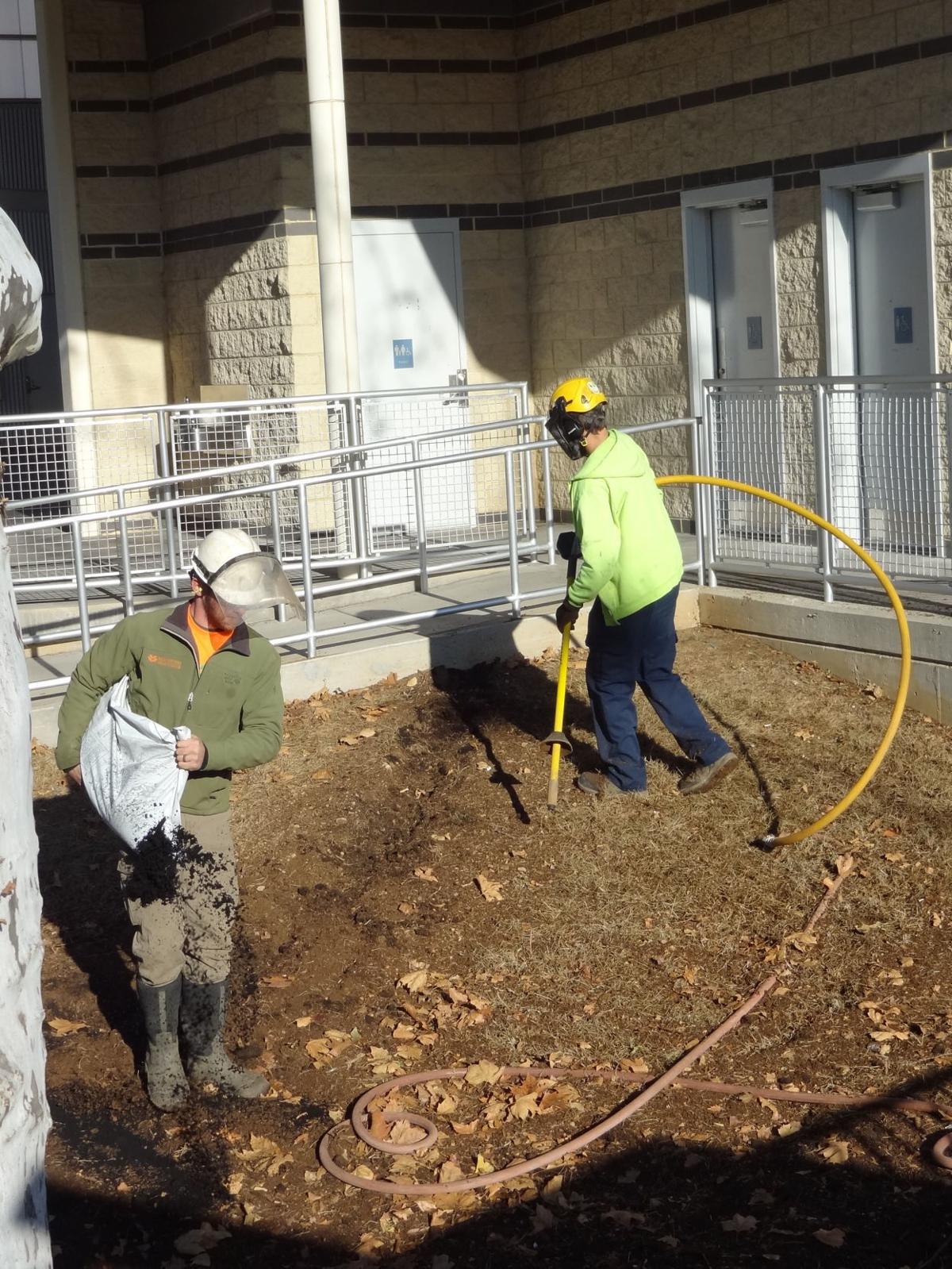 aerate the soil at Elmwood Park to help amendments get deeper into the ground.

Many positive things can happen in the name of urban development. New structures can increase arts and culture opportunities for a city’s residents; draw in tourists to contribute to the local economy; and offer a place for people to gather. These are just a few of the ways the renovated amphitheater in Elmwood Park has benefited the city of Roanoke for the past several years.

But, sometimes, things suffer in the name of progress. A prime example is the large sycamore tree situated just beside the stage at the amphitheater. This beautiful old tree was severely damaged during the installation of the stage, and while other trees there have been removed, this one has stood its ground.

A few years after the amphitheater’s 2013 grand opening — at which point many concerts and festivals had taken place there — Roanoke city tree inspector Jamie King said he noticed that the tree was suffering.

“There was progressive and significant dieback over the years,” King said. “The tree is losing branches and crown space at an alarming rate.”

As a tree advocate of sorts, King set out to save the sycamore, which he says has been in Elmwood Park for generations. He said he never attempts to put an exact age on a tree without proper testing, and in this case, such testing would damage the tree even further.

King estimates that the tree lost about 70 percent of its roots during the stage construction, which would be enough to kill a much younger tree.

Sycamores prefer to grow near water sources so they are typically found thriving near creeks and rivers. This particular tree was situated close to an underground spring, which was diverted during the construction to a localized treatment area to be used for the park’s water features. As a result, the tree lost its constant water source.

After some recent testing, King reached out to several partners to form a lifesaving plan for the sycamore. The Roanoke Tree Stewards, Downtown Roanoke Inc., Adam Braaten of Bartlett Tree Experts, Geoff Manning of Manning Arboriculture and Roanoke Parks and Recreation all banded together to carry out the plan.

The Tree Stewards helped collect soil samples and get them tested. Some of the other partners helped with funding the project. The city’s horticulturists agreed to remove the grass under the tree so more nutrients and water would go directly to the sycamore.

In addition to feeding the remaining roots, the group’s plan focuses on providing more moisture for the tree so it can survive without the underground spring. To that end, King, along with his fellow arborists and tree stewards, researched an organic amendment called bio-char that seems promising.

According to the International Bio-char Initiative, the bio-char is created through a “2,000-year-old practice [that] converts agricultural waste into a soil enhancer that can hold carbon, boost food security, and increase soil biodiversity, and discourage deforestation. The process creates a fine-grained, highly porous charcoal that helps soils retain nutrients and water.”

The team worked together to integrate the bio-char, along with compost, in a very specific, sunburst pattern designed to reach the tree’s damaged roots and nurse them back to health.

This treatment isn’t guaranteed to work, but even if the tree is lost, King has a pretty positive outlook.

“We have tried to preserve this tree because of its value, but in the long run, even if we lost it, we’ve still made a permanent change to the soil,” King said. If the sycamore dies, it could be replaced with a tree that would benefit from the improved soil.

The Tree Stewards have been working hard to care for all the trees in Elmwood Park. They have been taking cuttings of all the old trees so they will have replacements if any of them need to be taken down. These cuttings are rooted and used to grow a new tree, cloned from the original.

Our city trees are a valuable resource. Not only do they bring beauty to our landscapes, but they also clean carbon out of the air and release oxygen for us to breathe.

This group of unsung heroes has been working hard to keep our trees healthy and happy so we can enjoy the benefits for generations to come.

If you would like to become a Tree Steward and work on important projects like this, new classes will begin soon. The classes are free to attend and begin in January. Contact the Roanoke Parks and Recreation Urban Forestry Planner at 540-853-5225 or email info@roanoketreestewards.org to add your name to the list.

The city of Roanoke and several organizations are working to save a large sycamore tree (right) located beside the Elmwood Park amphitheater stage.

Larry Carter uses an air spade to aerate the soil at Elmwood Park, which helps amendments get deeper into the ground.

An air spade aerates the soil, which helps amendments get deeper into the ground.

aerate the soil at Elmwood Park to help amendments get deeper into the ground.