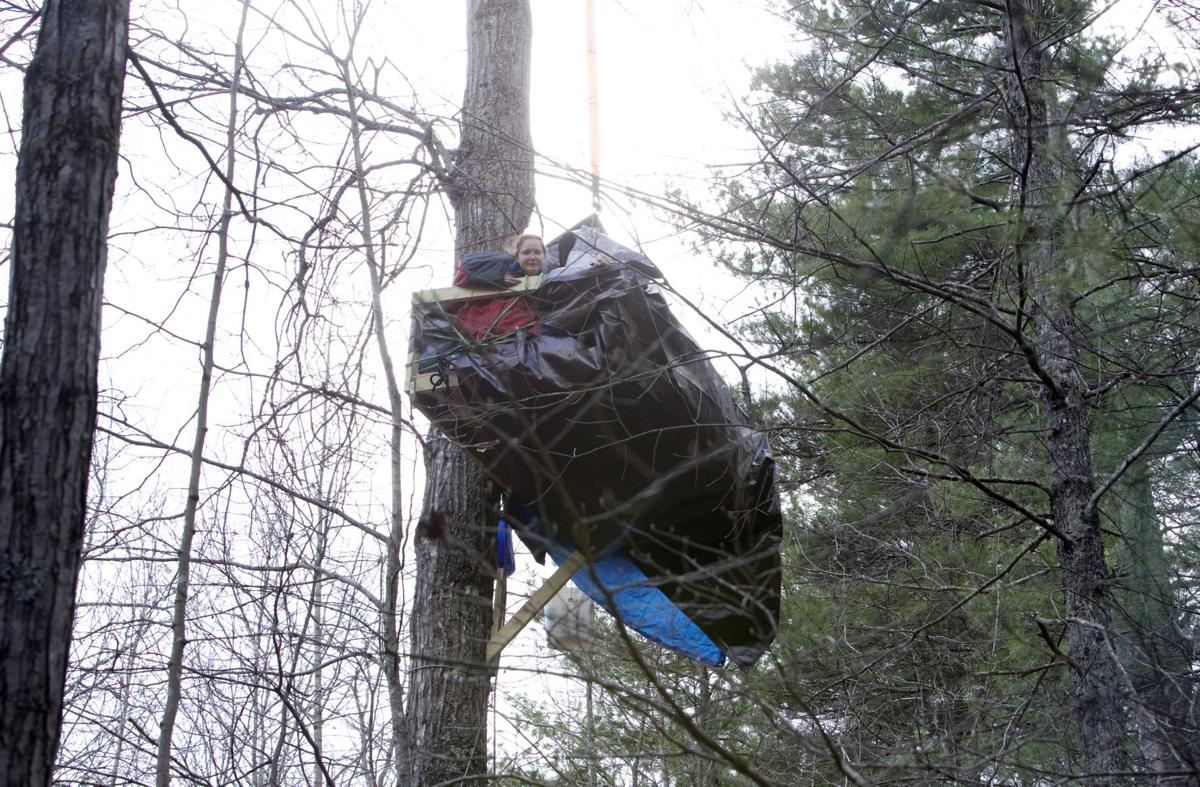 Theresa Minor Terry (pictured) and her mother stayed in tree stands for 34 days in 2018. 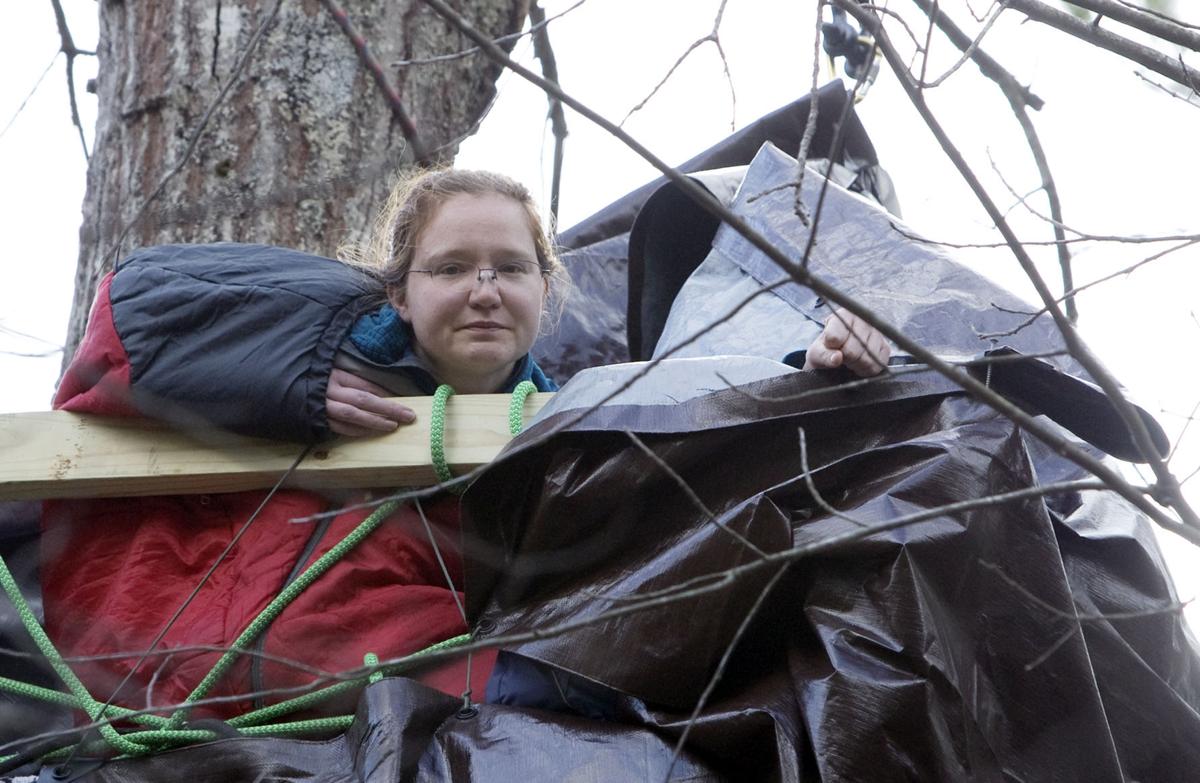 Theresa Minor Terry sits in a tree stand on family land in Bent Mountain in 2018.

It has been two years since a mother and daughter spent more than a month in the trees of their Bent Mountain homestead, blocking chainsaw crews from cutting a path for a natural gas pipeline.

But the spirit of their stand against the Mountain Valley Pipeline still burns brightly, as reflected by a documentary released in July.

“Fire on the Mountain” is the story of Theresa “Red” Terry and her daughter, Theresa Minor Terry. The elder Terry was 61 years old when she climbed a ladder about 50 feet to a tree stand. She was soon joined by her daughter, who scaled a nearby tree in the pipeline’s path.

For 34 days, the Terrys refused to come down.

They eventually did, forced by legal action that included a charge of trespassing on their own land, and their beloved trees were promptly cut down.

Yet their fortitude — and Red’s blunt and sometimes profane words about a private company using the laws of eminent domain to take land that has been in her family for seven generations — drew national attention to a widespread, grassroots-based opposition to the pipeline that continues today.

The documentary, released July 20 by ARTivism Virginia and Lights & Years, can be seen at facebook.com/ArtivismVirginia/videos/320713552419258/ or https://youtu.be/Kc84JcfMBV4.

A look at COVID-era alcohol sales by the numbers

Many shopping habits and trends have emerged since the start of the coronavirus pandemic, not the least of which is a significant spike in alcohol purchases.

"This young man did everything right after things went wrong."

The 15 states with the most extreme weather

The severe weather events of 2020 are part of a larger trend—the frequency of extreme weather conditions in the U.S. is on the rise as climate change accelerates.

How to enjoy a simple New Year's Eve celebration at home

Even if the night feels different than New Year's Eve celebrations of the past, you can still make the evening special without hitting the town.

Taco Bell is bringing back potatoes

Taco Bell knows you're upset about losing potatoes. It's sorry, and it's bringing them back.

Florida's county-by-county plan to vaccinate its elderly population has created a mass scramble for a limited number of doses, leading to hourslong lines at vaccination sites and overwhelmed county hotlines and websites.

Watch Boston Dynamics robots dance to 'Do you love me'

Boston Dynamics' robots are back to let you know they can really shake 'em down.

Keep your dog safe with these best COVID-19 practices

About a year since we first heard the word coronavirus, there are still many questions. Here are important facts about COVID-19 for dog owners to know.

What impact could deplatforming Donald Trump have?

How to stick to your 2021 money goals

How to stick to your 2021 money goals

Theresa Minor Terry (pictured) and her mother stayed in tree stands for 34 days in 2018.

Theresa Minor Terry sits in a tree stand on family land in Bent Mountain in 2018.