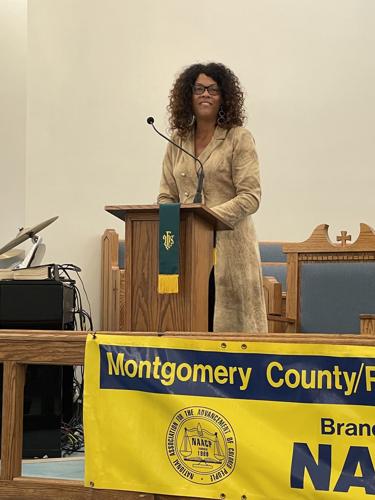 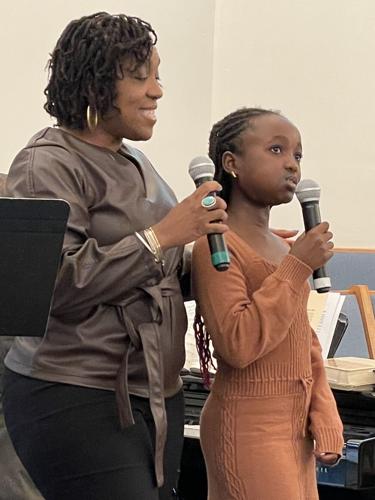 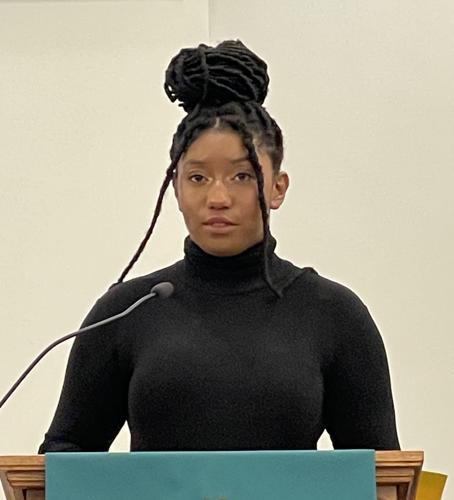 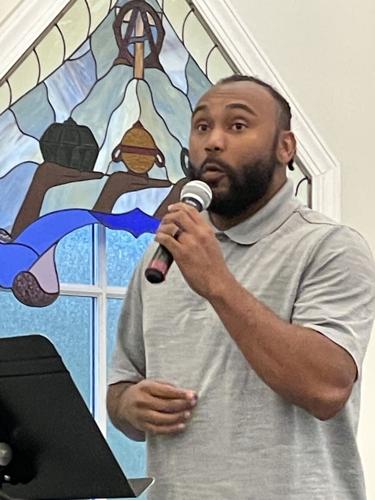 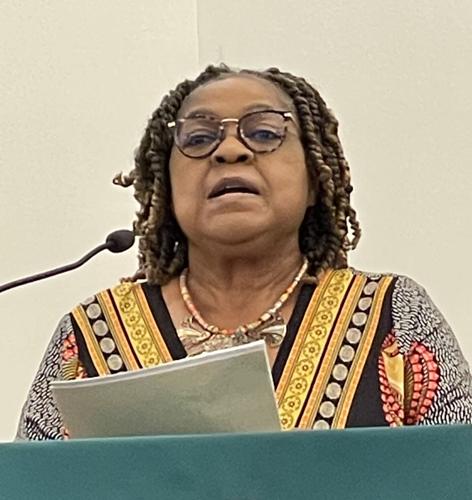 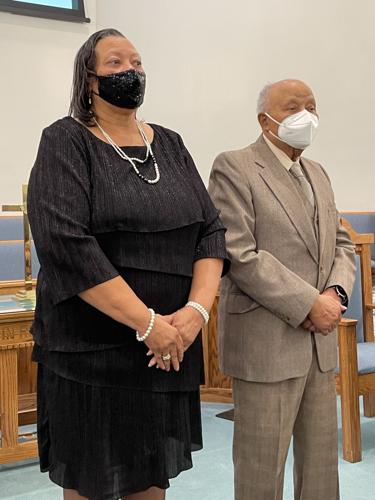 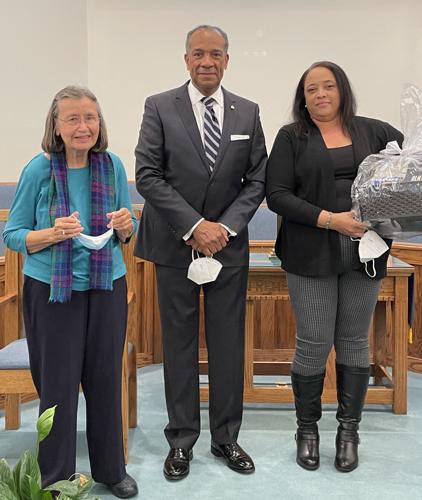 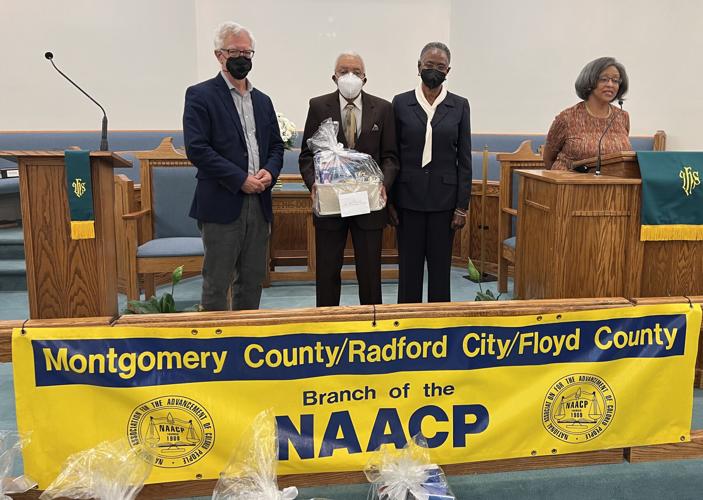 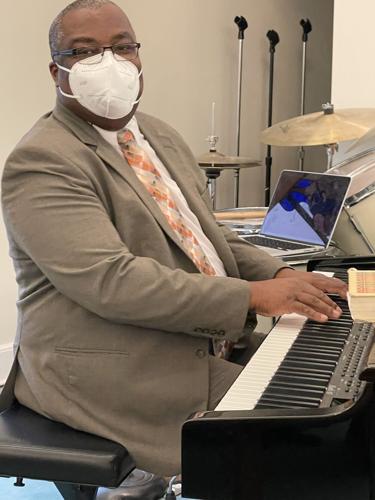 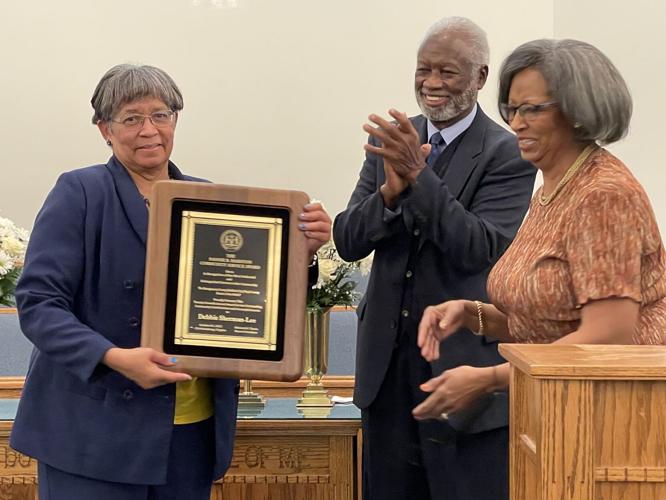 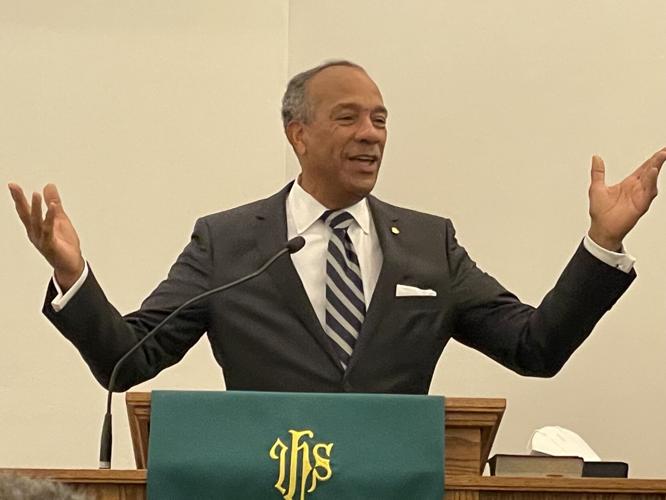 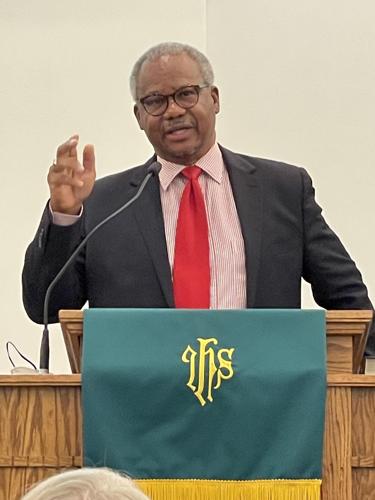 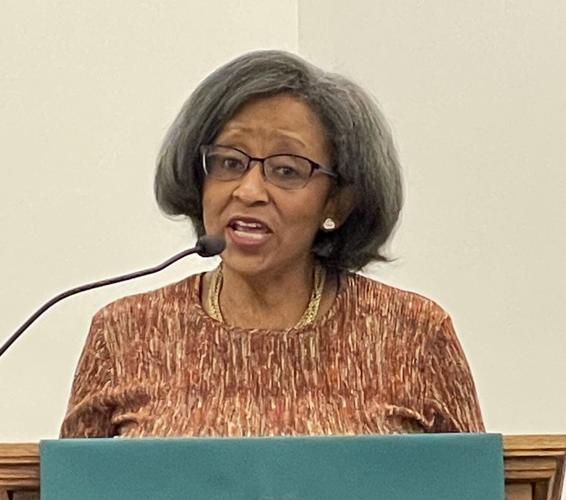 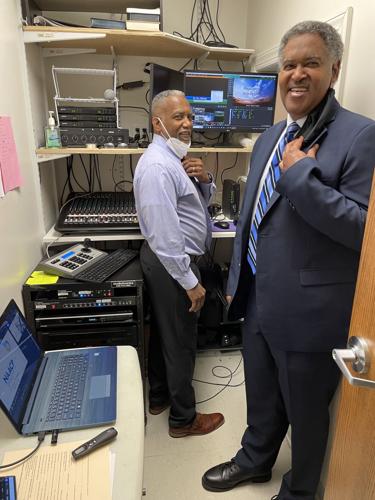 The Montgomery County-Radford City-Floyd County Branch 7092 of the NAACP held its 46th Freedom Fund Program, “We Won’t Go Back,” on Oct. 1 at Asbury United Methodist Church and on Facebook Live. Forty-some invited guests attended in person, and more than 200 viewed online.

Mistress of Ceremonies Doris Bishop Kaine welcomed the attendees. “Lift Every Voice and Sing” was sung as a duet by Dr. Gena Chandler-Smith and her daughter Miss Nyala Smith, accompanied by Dr. Michael Herndon on piano. An invocation by Religious Affairs chair Rev. Michael Sanborn followed.

Michael Herndon performed a piano medley of “Center of My Joy,” “I Love You Lord Today” and “Amazing Grace.”

Each year the Nannie B. Hairston Award is awarded to an NAACP member of Branch 7092 who has contributed to the branch and served the community in a variety of ways, and who has worked for justice for all people in support of the mission of the NAACP. This year’s award went to Ms. Debbie Sherman-Lee of Christiansburg, presented by Shirley Akers, with the assistance of last year’s winner, Dr. Wornie Reed.

Ms. Sherman-Lee grew up in Christiansburg, attended Christiansburg Institute briefly, and graduated from Christiansburg High School, later earning a degree in Health & Physical Education. She went on to teach health and physical education in Montgomery County Schools for 36 years until her retirement in 2010. Over the years she has been a member of the Community Group and the New Mountain Climbers, and a volunteer with the Christmas Store. She has been instrumental in the Dialogue on Race, and the 100+ Women Who Care—New River Valley. Ms. Sherman-Lee is a longtime member of Asbury United Methodist Church, and she currently serves as chairperson of the Christiansburg Institute Inc. In 2017, she received the NAACP Branch’s Community Service Award in honor of Dr. Martin Luther King Jr. Ms. Sherman-Lee has two sons, and four grandchildren.

Dr. Nathaniel L. Bishop introduced the evening’s keynote speaker, Rev. Dr. William Lee, who retired after 39 years as pastor of Loudon Avenue Christian Church. Lee is the founding director and now treasurer of New Horizons Health Care, a federally qualified health care center in Roanoke. He was three times awarded the Key to the City of Roanoke, including 2011 when he was named Roanoke Citizen of the Year.

Rev. Lee’s keynote address was titled “We won’t go back, if…,” in which he spelled out five conditions we need to meet if we are not to go back to how things used to be:

If…we get serious about voting. Rev. Lee took his parents to vote after the poll tax was repealed. A poll worker claimed that since his father was illiterate he could not vote, but Lee knew that he was allowed to read the ballot for and assist his father.

If…we realize we are not yet a post-racial society. As far as we have come, still we must not equate advancement toward our goals with arrival.

If…we work together and avoid a silo mentality. The 1963 March on Washington brought together 10 different organizations under a “Big Tent.” That historic event was only possible through the leadership of Bayard Rustin, a gay former communist conscientious objector, who worked behind the scenes because the other leaders of the movement were not willing to put him up front.

If…we include everybody. Rev. Lee emphasized the importance of including children and youth, not just for appearance but taking their ideas seriously. He recounted a time when he was concerned about youth in his own congregation using their phones during his sermon, only to find they were making posts on social media about his sermon, spreading his words far beyond the walls of his church.

If…we have a succession plan. Some of us stay in power too long. It is important to leave office when people still want you to stay. We must prepare people to continue our work into the future.

Rev. Lee concluded by warning that we might go back if we don’t do all we can for all our children.

President Travis presented the guest speaker with a gift of appreciation from the branch. She then reminded those gathered of the work of the branch this year. For example, our Education Committee organized two book drives which provided books on positive self-image to children of three school districts, and provided local African American history book collections to museums in Blacksburg, Radford and Floyd and the Montgomery Museum of Art & History to make books more accessible to the community.

The banquet concluded with a benediction by Dr. Bishop.

The Christiansburg Lions Club is excited to be celebrating our 30th Annual Holiday Craft Show! Our 2022 show will take place Saturday, Dec. 3,…

The Retired and Senior Volunteer Program of Montgomery County and Radford held a Walk-A-Thon at the Christiansburg Recreation Center Oct. 28 t…

Ministry with Ukraine continues amid war

The current war on Ukraine is especially heartbreaking for members of Blacksburg United Methodist Church, which 19 years ago formed a long-ter…

The Community Foundation of the New River Valley is excited to announce the results of this year’s Responsive Grants program. This fall, CFNRV…

Festival of Nativities on exhibit Dec. 2-4

The weekend of Dec. 2-4, Slussers Chapel Church of God in Blacksburg will host a Festival of Nativities in the fellowship hall.

The right way to transport a Christmas Tree on your car

Study: The effectiveness of the COVID-19 vaccine can increase with added exercise

Study: The effectiveness of the COVID-19 vaccine can increase with added exercise

Questions to ask yourself before adopting a pet

Questions to ask yourself before adopting a pet

Why walking backwards is amazing for your health

Why walking backwards is amazing for your health