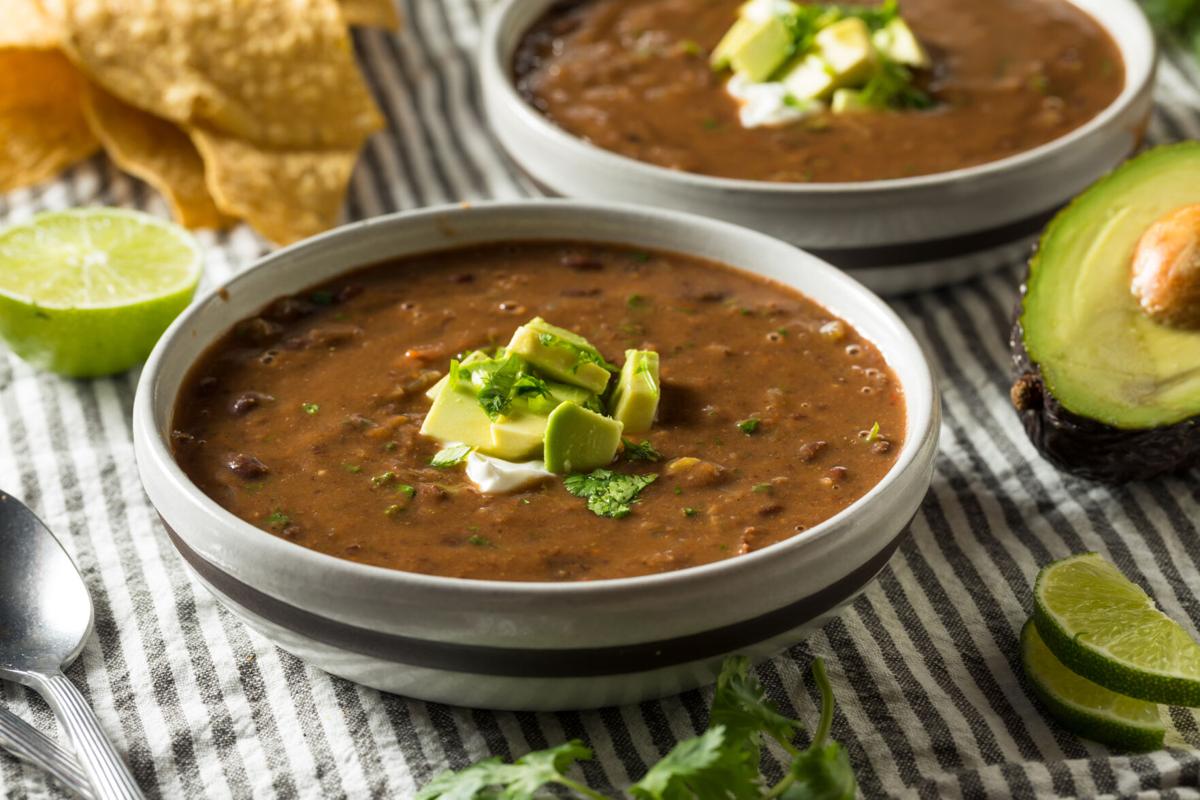 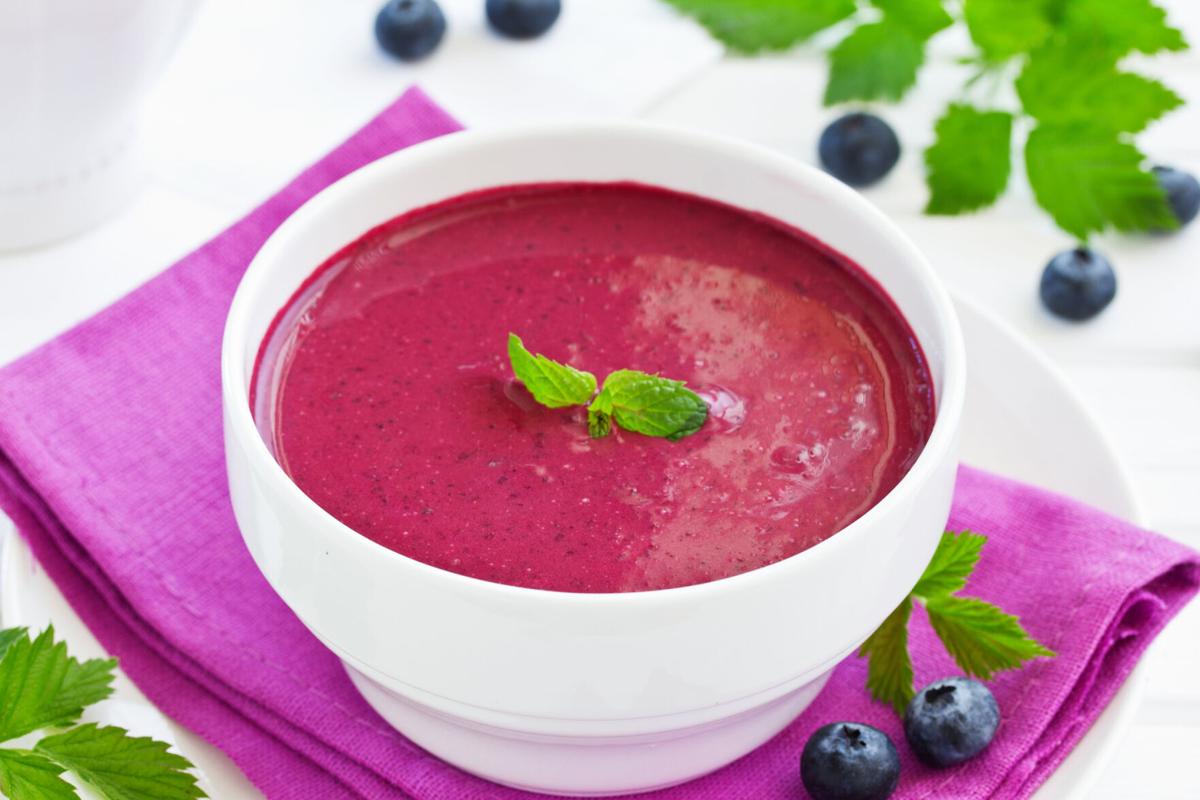 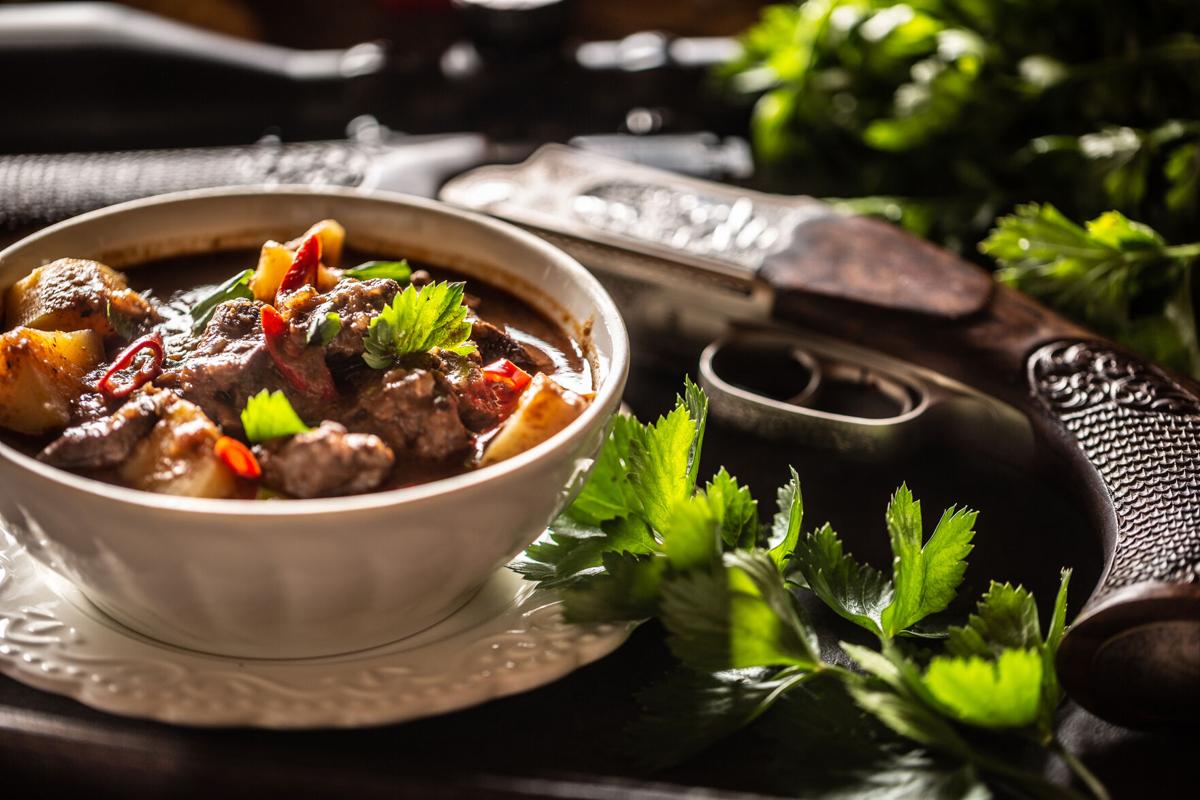 Deer stew in a bowl hunting, with weapon as a decoration.

Fall is in, so soups are on. Stock pots and slow cookers will get their workouts over the next two seasons. But some soup and stew recipes can be perennial, contrary to popular belief.

Jim Zeisler, or “Chef Z,” as his students fondly call him, heads the Al Pollard Culinary Arts Program at Virginia Western Community College. Zeisler prides himself on his sauce and soup knowledge. He has been in the industry for more than 40 years and in charge of Virginia Western’s culinary program since 2007.

When cooking hot soups, Chef Z says to bring to a boil, then back to a simmer, as overcooking soup can make your ingredients tough. Speaking of ingredients, make sure to dice them small enough so that they can easily fit on a soup spoon.

Chef Z’s specialty and favorite is New England Clam Chowder. What sets his apart from all the rest is that, while most recipes call for salt pork, he uses bacon instead. If you try this out and it ends up a slightly darker shade than expected, not to worry. Chef Z says using the bacon can affect the shade of the soup, and it certainly affects the taste for the better.

Some cream soup recipes will call for adding cream at the end. Chef Z highly recommends that you do. But make sure to heat up the cream and slowly incorporate it into the mixture at the end of the cooking process.

A tale of caution from the professional — never add cream or milk before bringing your soup to a boil. Adding the dairy prematurely can cause it to curdle. Also, soups can potentially create a food-borne illness, so make sure to eat it all or let it cool and store it in the refrigerator. Make sure not to leave it out over night.

Here are two of my own recipes and Chef Z’s blueberry yogurt soup. Enjoy no matter what time of year!

Fry bacon, then chop and set aside.

Add olive oil to a 5-quart pot and sauté onions over medium-high heat until translucent, about 4 minutes.

Add chopped garlic to onions and sauté for another minute.

Place one can of beans and pepper flakes in blender and puree until smooth, about 30 seconds. Add to pot. (This will thicken the soup)

Place second can of beans and 1 cup of the broth in blender and puree until smooth. Add to pot. Add cumin.

Stir in third can of beans (not pureed), tomatoes with green chilis, corn, chopped bacon, and rest of 14.5 oz. of stock/broth into pot. Use one of the empty cans to add 14 oz. of water.

Bring to boil, then lower heat to medium-low and simmer for 25 minutes.

(You can substitute 1.5 lbs of beef stewing meat if there is not a hunter in the house)

A hearty bread of your choice (optional)

In 5-quart pot, sauté onions in a little olive oil over medium-high heat about 4 minutes.

Add garlic and cook for another minute.

Toss cubed meat, flour and black pepper in zip lock bag until meat is coated and add to pot. Stir and cook about 3 minutes until meat is browned.

Add remaining ingredients, except the potatoes. Bring to a boil, then return to low heat. Cover and simmer for 1 hour.

Serve with a hearty bread and add a dollop of sour cream to top of each bowl of soup. This both cools the soup and adds a creamy texture.

Combine the ingredients in a food processor and blend until smooth. You can also use a blender or immersion blender (stick blender).

Make the soup as close to service time as possible and serve very cold.

How to prepare your home for cooler weather

Don’t throw them out: How to make simple, sweet and salty pumpkin seeds

Don’t discard the best part of the pumpkin, the seeds! They can be baked into a nutritious, crunchy, sweet and salty snack.

Step inside one of the country’s biggest pumpkin farms

One upstate New York pumpkin farm celebrates fall and family at their 360-acre U-pick property that attracts thousands each year.

Pumpkin spice and everything nice: 5 products to get your fall fix

Pumpkins products abound this time of year, and we have the goods to satisfy any craving, plus a few surprise suggestions.

How to pick and prep the perfect pumpkin

Owner of The Great Pumpkin Farm offers tips and tricks to treat yourself to the perfect pumpkin for cooking and carving.

Deer stew in a bowl hunting, with weapon as a decoration.