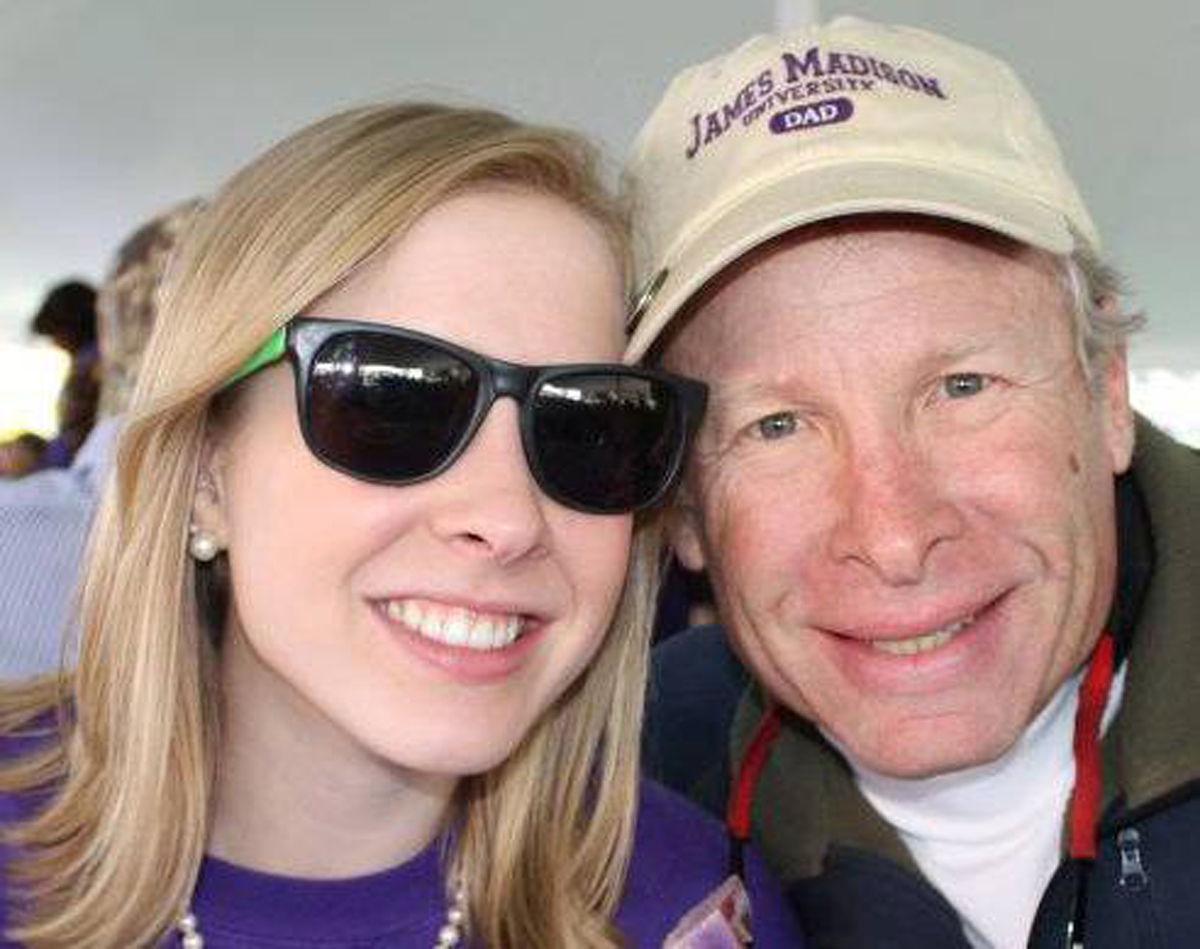 Andy Parker, shown with his daughter Alison who was ambushed, shot and killed in August 2015, as the WDBJ-7 anchor and reporter conducted an interview at Smith Mountain Lake. 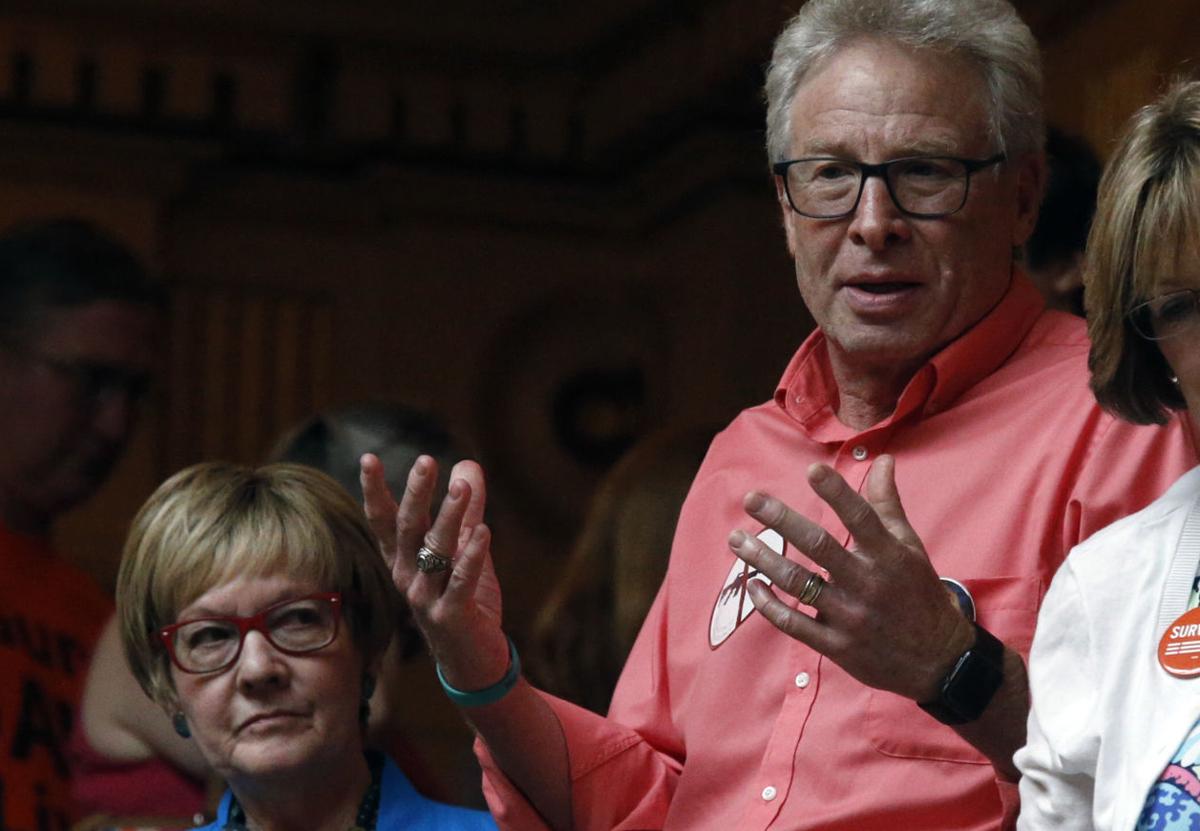 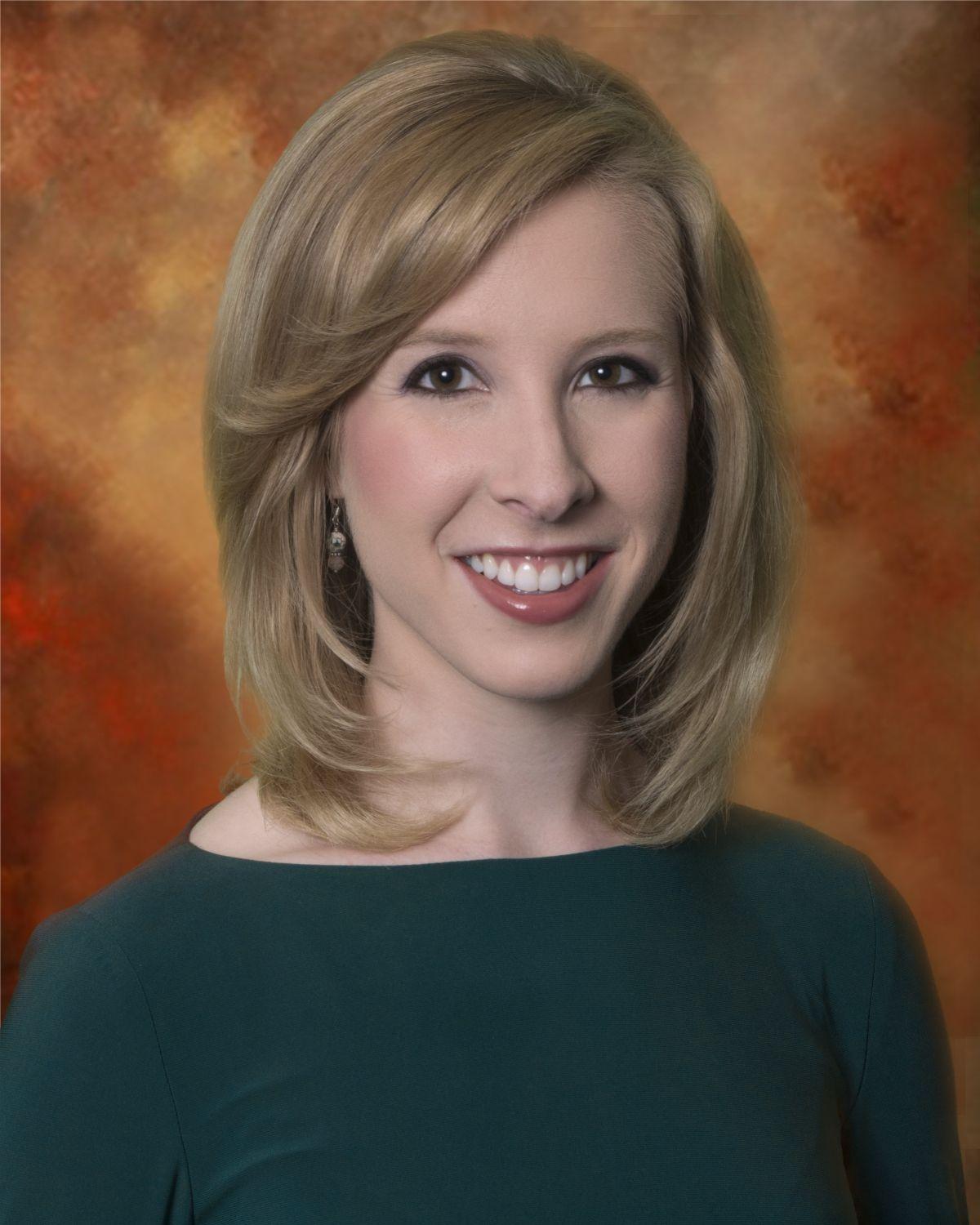 How long does Andy Parker have to put up with Google profiting off the violent murder of his daughter, Alison? That’s a question the 67-year-old Collinsville resident would like answered.

Alison, a television reporter/anchor with WDBJ-7, along with cameraman Adam Ward, died in August 2015, after an ex-colleague, Vester Lee Flanagan, gunned them down as they conducted a live interview at Bridgewater Plaza.

The attack gravely wounded Vicki Gardner, then-executive director of the Smith Mountain Lake Chamber of Commerce. She recovered after multiple surgeries. Flanagan killed himself later on the day of the ambush, as police closed in.

Almost ever since, Andy Parker told me, video clips of the heinous crime have been uploaded and displayed on YouTube and other platforms such as Facebook. (Parker hasn’t seen those videos; he said he couldn’t bear to watch them.)

For years, many of those clips were “monetized,” meaning they also displayed advertising. YouTube shares revenue from monetized content with the uploaders.

Parker’s been waging a long battle to get all the clips taken down. The effort has had limited success. That’s because it depended on Parker or others working with him to specifically bring offending videos to YouTube’s attention, one by one.

The problem is, as soon as YouTube removes a single offending video, others are uploaded to the platform. Parker compared the effort to “a never-ending game of Whack-a-Mole.”

But Parker’s hardly given up. More recently, the battle has shifted to three different fronts. The first is aimed at Section 230 of the Communications Decency Act, a law that offers near impunity to technology companies that allow third parties to upload content to their platforms.

Oddly, that’s put Parker on the same side as one of his least-favorite politicians, ex-President Donald Trump. Trump’s bitterly complained about Section 230, too.

It would reform Section 230 and allow social media companies to be held accountable for material uploaded by third parties. In a February news release, Warner described it thusly:

“When Section 230 was enacted in 1996, the Internet looked very different than it does today. A law meant to encourage service providers to develop tools and policies to support effective moderation has instead conferred sweeping immunity on online providers even when they do nothing to address foreseeable, obvious and repeated misuse of their products and services to cause harm.”

“Section 230 has provided a ‘Get Out of Jail Free’ card to the largest platform companies even as their sites are used by scam artists, harassers and violent extremists to cause damage and injury.”

Early in January, Parker appeared on an episode of “60 Minutes,” where he went after Google directly during an interview with CBS correspondent Scott Pelley.

“Their motto was ‘Don’t be evil,’” Parker said on the program. “For awhile, they did a pretty good job of it. Now, they’re the personification of evil.”

The second front is in the courts. Parker’s seeking to sue Google to force it to remove the videos of Alison’s death, and to prevent other copies from being uploaded in future. In that fight, he’s been joined by the Civil Rights Clinic at Georgetown University Law School.

Aderson Francois, a Georgetown law professor who runs the clinic, has advised Parker that he stands little chance of success in court unless Parker co-owns the copyright to the WDBJ footage of Alison’s death.

Francois and Parker have repeatedly sought copyright co-ownership from Gray Television, the Atlanta-based company that owns WDBJ. Instead, Gray has granted them a usage license. That’s useless for the purposes of the lawsuit Parker wants to bring, he said.

I contacted Gray about this issue last week. A company official referred my inquiry to a public relations firm. One of its principals offered me the following statement, to be attributed only to “a spokesperson” for Gray:

“We are profoundly sympathetic to Mr. Parker’s pain. We have repeatedly and consistently offered to provide Mr. Parker with the additional copyright license he needs to compel digital platforms to remove our TV station’s newscast video where it is being used inappropriately.

“Indeed, since 2017 we have given Mr. Parker the right to act as our agent within the HONR Network to enforce our copyright. Despite these efforts, Mr. Parker has decided to attack us in the press and on social media with false and misleading claims, such as claims that we are somehow profiting from the illicit distribution of this footage. Nothing could be further from the truth.

“We simply cannot resolve this issue in the face of threats. If Mr. Parker is willing to work productively with us, we remain hopeful that a solution can be found. Until that time, we will continue to provide him with the authority he needs to take our copyrighted footage off digital networks wherever it is being used inappropriately.”

The HONR Network was a third-party helping Parker bring the offending videos to YouTube’s attention, piece by piece. That’s the process Parker compared to “Whack-A-Mole.” (Parker’s no longer working closely with HONR.)

The “threats” Gray referred to stem from a Jan. 24 email Parker acknowledged sending to two in-house lawyers and an executive assistant at Gray. He characterized the missive as wholly unserious.

To the lawyers, Parker wrote, “By the time I’m done with you, you’ll be practicing personal injury law in a strip mall in Alpharetta.” To the executive assistant, Parker added: “You’ll be serving it up at the Waffle House in Peachtree City.”

I ran Gray’s response by Francois, the Georgetown law professor, who called it “highly misleading.”

“While they’ve offered Andy the right to send take down notices and the right to use the video, they’ve consistently refused to share their copyright ownership rights, which would allow Andy to enforce violations against YouTube,” Francois said. “It’s like being gaslighted over and over again.”

The Gray spokesperson argued that some of the videos Parker wants taken down were shot, and later uploaded, by gunman Vester Lee Flanagan. Gray cannot share that copyright because it doesn’t own it. But it could share the copyright it does own.

That video clip has been uploaded to YouTube and other platforms repeatedly, said Eric Feinberg, vice president of the Coalition for a Safer Web. The former internet ad exec has developed a software tool YouTube could use to block those uploads. But YouTube refuses to use it, Feinberg said.

Although most if not all of the “monetized” videos of Alison’s murder have been taken down, versions without ads are still on YouTube. Feinberg sent me a link to one Monday.

It begins with a black screen that displays this message: “The following content has been identified by the YouTube community as inappropriate or offensive to some audiences.” Then it allows users to click on a screen prompt to see the video.

Feinberg said, “Why did Google/YouTube identify this as inappropriate and not remove it? That what I’d like to ask.” Though that clip features no paying advertisers, Feinberg said YouTube still earns money from it, less directly.

“They are profiting in the sense it’s there, they’re building data” — which the company sells, Feinberg said.

The third front Parker’s battling on is the court of public opinion. Late in January, he launched a petition on the website Change.org. Monday, it was one of the top petitions on Change.org’s front page.

The headline is, “Tell Gray Television to grant a co-copyright to help me fight YouTube.”

So far, it’s been signed by more than 81,000 people. Mike Jones, director of campaigns for Change.org, told me that as recently as “a couple of weeks ago, it was one of the fastest-growing petitions” on the website.

The spokesperson for Gray acknowledged the petition has resulted in phone calls to the company.

What does Google say about this controversy? When I reached out to them, I heard from Ivy Choi, who works in their media relations department.

“There is no place on YouTube for content that exploits this horrendous act and we’ve spent the last several years investing in tools and policies to quickly remove it,” Choi wrote in an email.

“In 2017, we deployed machine learning technology that now automatically detects over 90% of the videos we remove from YouTube before a human ever reports it, including over 400 re-uploads of this tragic incident.

“We’ve also strengthened our policies and prohibit certain ultra-graphic content from ever being hosted on YouTube, even when uploaded by a news organization. Any videos which contain segments filmed by Alison Parker’s murderer are prohibited from our site. Our work here is ongoing and we remain vigilant.”

I read that response to Parker.

Meanwhile, the videos of Alison Parker’s death remain on YouTube. Why?

Body found in Wyoming believed to be Gabby Petito

Authorities say a body discovered Sunday in Wyoming is believed to be Gabrielle "Gabby" Petito.

Andy Parker, shown with his daughter Alison who was ambushed, shot and killed in August 2015, as the WDBJ-7 anchor and reporter conducted an interview at Smith Mountain Lake.