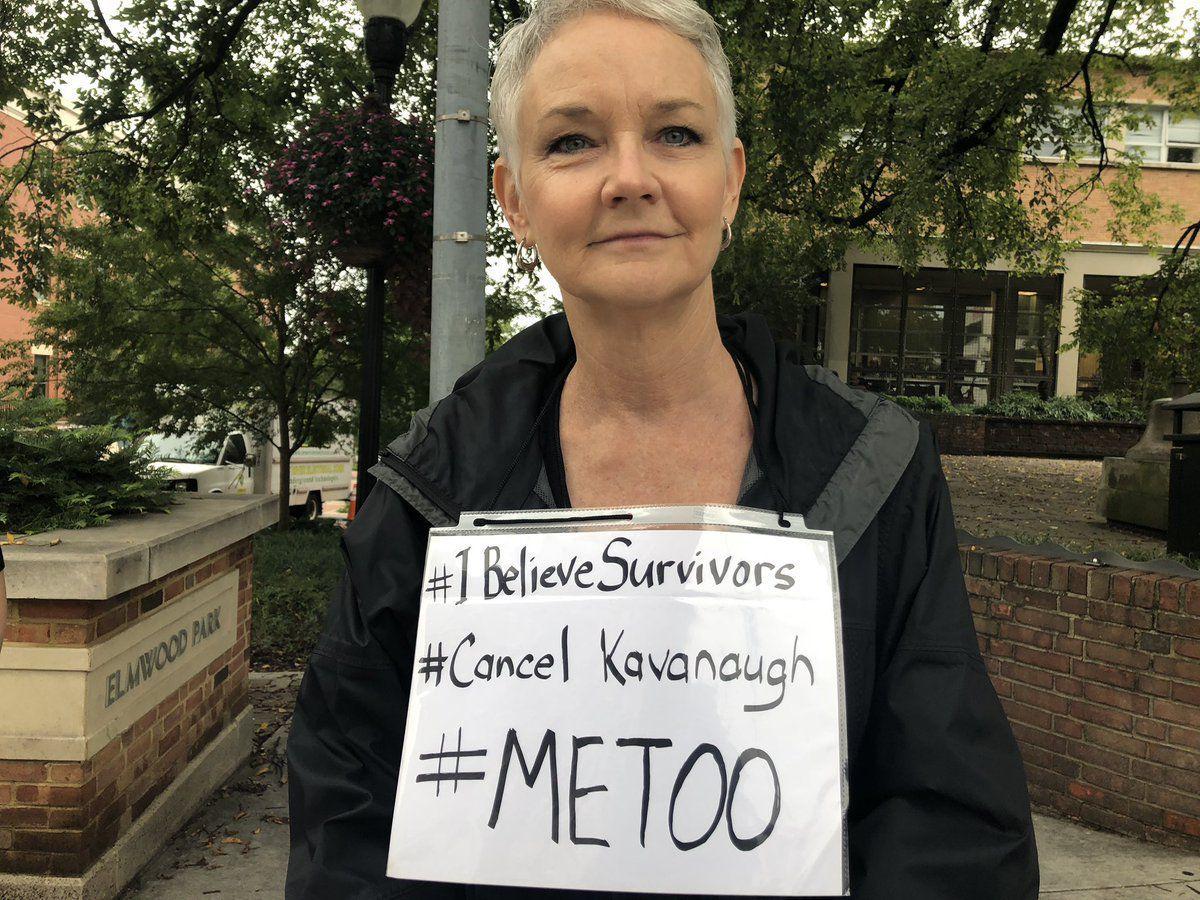 Barbara Andes stands outside the downtown library in Roanoke Monday in solidarity with survivors of sexual violence. 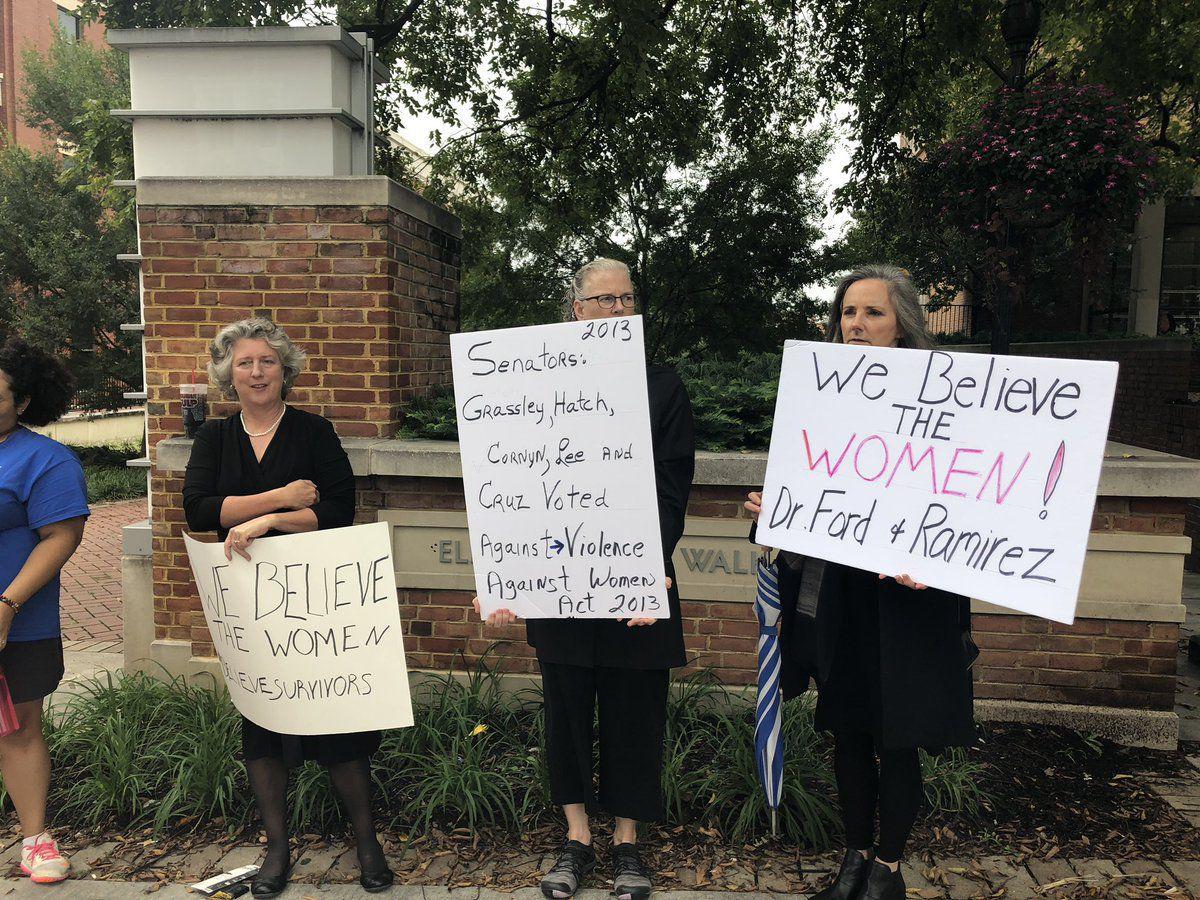 A dozen women gathered outside the main library in downtown Roanoke on Monday to stand in solidarity with the women who have accused Brett Kavanaugh of sexual assault.

With Brett Kavanaugh's Supreme Court nomination in disarray amid two accusations of sexual assault, women in the Roanoke Valley joined in on a nationwide walkout to stand in solidarity with survivors of sexual violence.

"I'm fed up," said M. Celeste Delgado-Librero, who stood alongside about a dozen other women outside the main library in downtown Roanoke. "I'm really angry."

The anti-sexual-harassment organization Times Up tweeted Sunday that "women must be heard' in a "moment of solidarity" with Kavanaugh’s accusers, Christine Blasey Ford and Deborah Ramirez. The organization encouraged people to wear black and leave wherever they are at 1 p.m. to protest and use the hashtag #BelieveSurvivors on social media.

Roanoke Indivisible posted a photo on Twitter of more women gathered outside on Roanoke College's campus.

Along Jefferson Street, the black-clad women held signs saying "We believe the women" and "#CancelKavenaugh." No men stood with the women.

"There's a problematic culture, shown through these comments from men and people in power who have said, 'What man hasn't done this?'" Barbara Andes said.

Caleb Johnston walked by and paused to ask why they believe women. The women took turns explaining the reasons why women sometimes wait for long periods of time before they report allegations of sexual assault as well as the trauma people can carry after being assaulted.

Johnston said after the conversation that evidence is persuasive in these cases, but that hearing from the women offered him a new way to think about the issue.

"I like to hear other people's perspectives," he said. "It helps to educate me."

Barbara Andes stands outside the downtown library in Roanoke Monday in solidarity with survivors of sexual violence.

A dozen women gathered outside the main library in downtown Roanoke on Monday to stand in solidarity with the women who have accused Brett Kavanaugh of sexual assault.