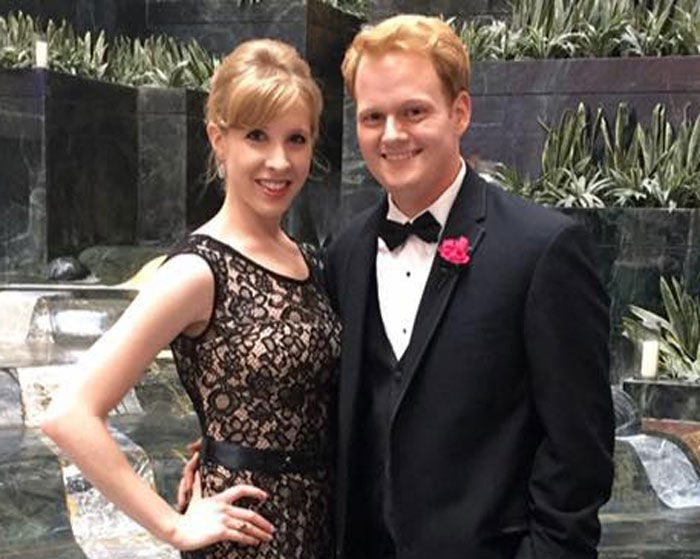 Alison Parker and Chris Hurst during a wedding they attended in July. 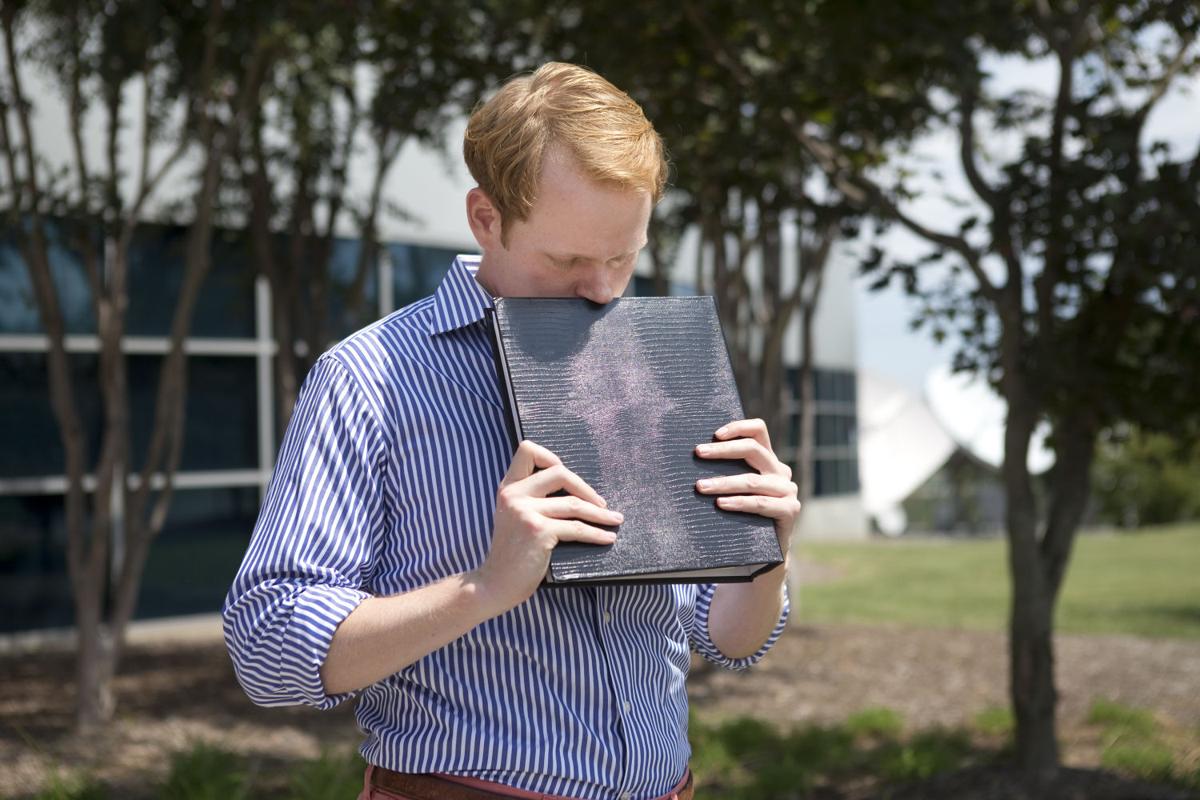 Shortly after the shooting, WDBJ news anchor Chris Hurst held a photo album that was created by Alison Parker as a keepsake of their growing relationship. 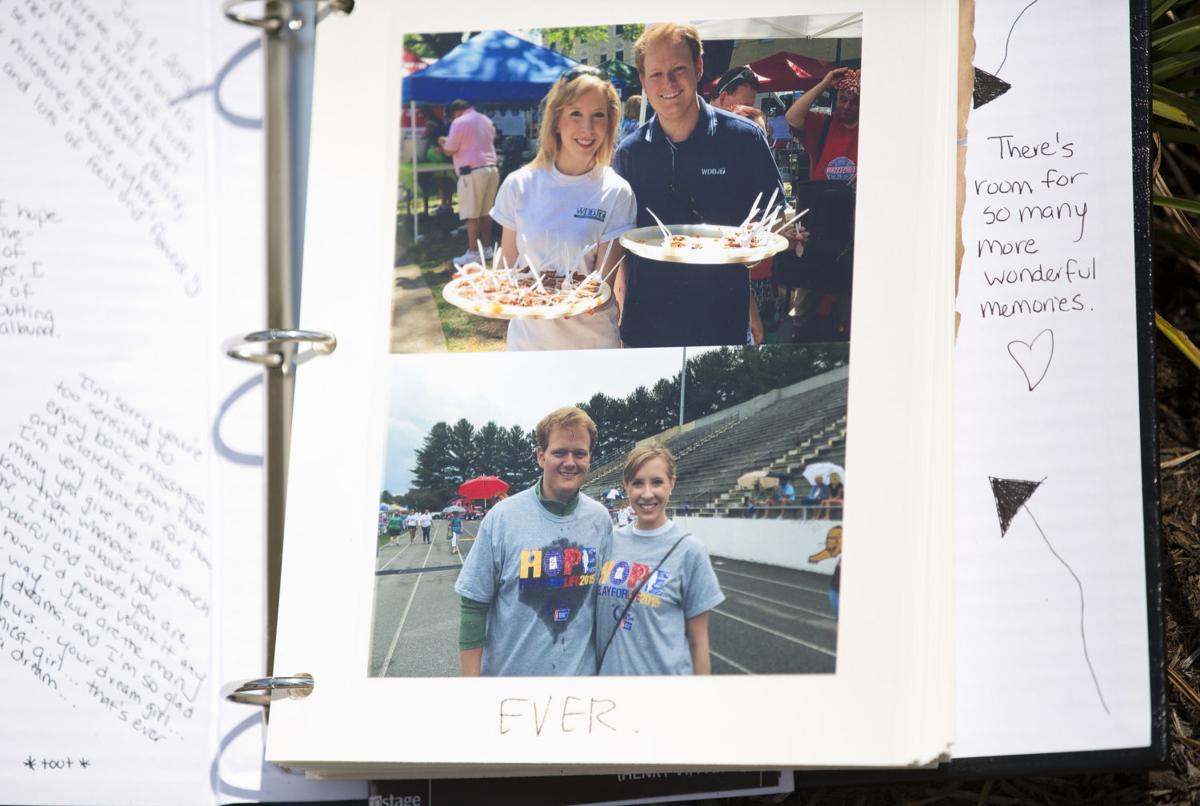 WDBJ7 news anchor Chris Hurst shared a photo album with news media that fellow reporter and girlfriend Alison Parker created. Hurst said that she wanted him to fill the album with pictures and memories for the next six months.

It was a secret love, a private passion between otherwise very public people.

But the romance between WDBJ journalists Chris Hurst and Alison Parker was flung before the world for the most awful of reasons Wednesday, when Parker, 24, was shot to death on live television.

“We didn’t share this publicly, but [Alison Parker] and I were very much in love. We just moved in together. I am numb,” he wrote. They’d been together almost nine months and wanted to get married.

“She was the most radiant woman I ever met,” he continued. “And for some reason she loved me back.”

Hurst was a young but veteran anchor for the station. Parker had been with the station about a year. Hurst asked her out at the company Christmas party. Their first date was New Year’s Day.

Parker was essentially a local girl, a Martinsville native. Her mother, Barbara Parker, is director of programming at Piedmont Arts. Her father, Andy Parker, is a consultant and candidate for the Henry County Board of Supervisors. She was the sister of Andrew Parker.

“Alison was our bright, shining light and it was cruelly extinguished by yet another crazy person with a gun,” Andy Parker said in a statement to the Martinsville Bulletin. “She excelled at everything she did and was loved by everyone she touched. She loved us dearly, and we talked to her every single day. Not hearing her voice again crushes my soul. Our family can only take solace in the fact that although her life was brief, she was so happy with it.”

Parker attended Patrick Henry Community College in her hometown, where last year she was recognized as a “Distinguished Alumni.”

“PHCC saw Alison as a bright and shining star,” said Kris Landrum, spokeswoman for the college. “Our hearts are breaking.”

Parker went on to James Madison University’s School of Media Arts and Design and was editor for the student newspaper, The Breeze. During her last semester in school, she learned how to produce newscasts at WHSV, an ABC/Fox affiliate station in Harrisonburg, according to WDBJ’s website.

She interned at the Roanoke station before landing a job there. She worked a shift that wouldn’t thrill most reporters — reporting for WDBJ’s morning show.

She came to work in the wee hours, still beaming, said Nick Beaty, a videographer at WDBJ until about a year ago.

“I just love to do the news,” Parker would respond.

Hurst said Wednesday afternoon that he was attracted to Parker soon after she was hired, but leery of an office romance because of the complications it can bring. At the same time, he envied the relationship of the morning show producer, Melissa Ott, and photojournalist Adam Ward, who was killed with Parker Wednesday.

Parker, he decided, “was so worth it because the way she would look at me,” he said. “When you know someone really loves you, there’s a look in their eyes that looks through you and into you and she gave that to me every single day.”

Hurst also admired her as a colleague, he said.

“She was also so hard-working and determined. She motivated me to be better,” he said. Parker aspired to become an anchor and ultimately a news director. “She cared about what we do in news ... She believed whole-heartedly that television news is a cornerstone medium that needs to continue to be developed and continued and she was in that fight.”

Though they worked opposite hours, the two settled into a comfortable relationship. About a month ago, they moved in together, Hurst said. The hope was to save money to buy Parker an engagement ring. Moving in together so soon might seem “foolish,” Hurst said, “but we were definitely on the same page of wanting to spend the rest of our life together.”

The couple had already developed the rhythms of married life. He would come home around midnight and wait for her to wake up about 1:30 a.m. to go to work to make her breakfast and pack her lunch. He’d go to sleep and when she came home, she’d make him lunch and send him off with it.

Hurst liked Parker to text him when she got to work safely, which she did Wednesday morning. He went off to sleep as usual. The last thing Parker said to him was, “Goodnight, sweet boy.”

By 7 a.m., his phone was ringing. It was the station. There had been a shooting live on television.

The Martinsville Bulletin contributed to this report.

Gunshots drowned out the words of Vicki Gardner early Wednesday as she spoke at one of Smith Mountain Lake’s most recognizable landmarks, Brid…

Alison Parker and Chris Hurst during a wedding they attended in July.

Shortly after the shooting, WDBJ news anchor Chris Hurst held a photo album that was created by Alison Parker as a keepsake of their growing relationship.

WDBJ7 news anchor Chris Hurst shared a photo album with news media that fellow reporter and girlfriend Alison Parker created. Hurst said that she wanted him to fill the album with pictures and memories for the next six months. 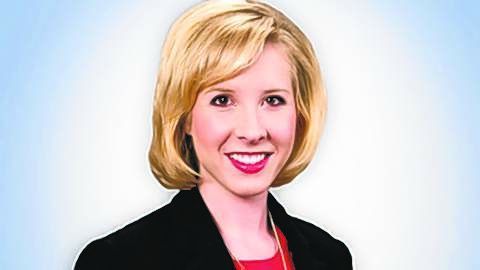