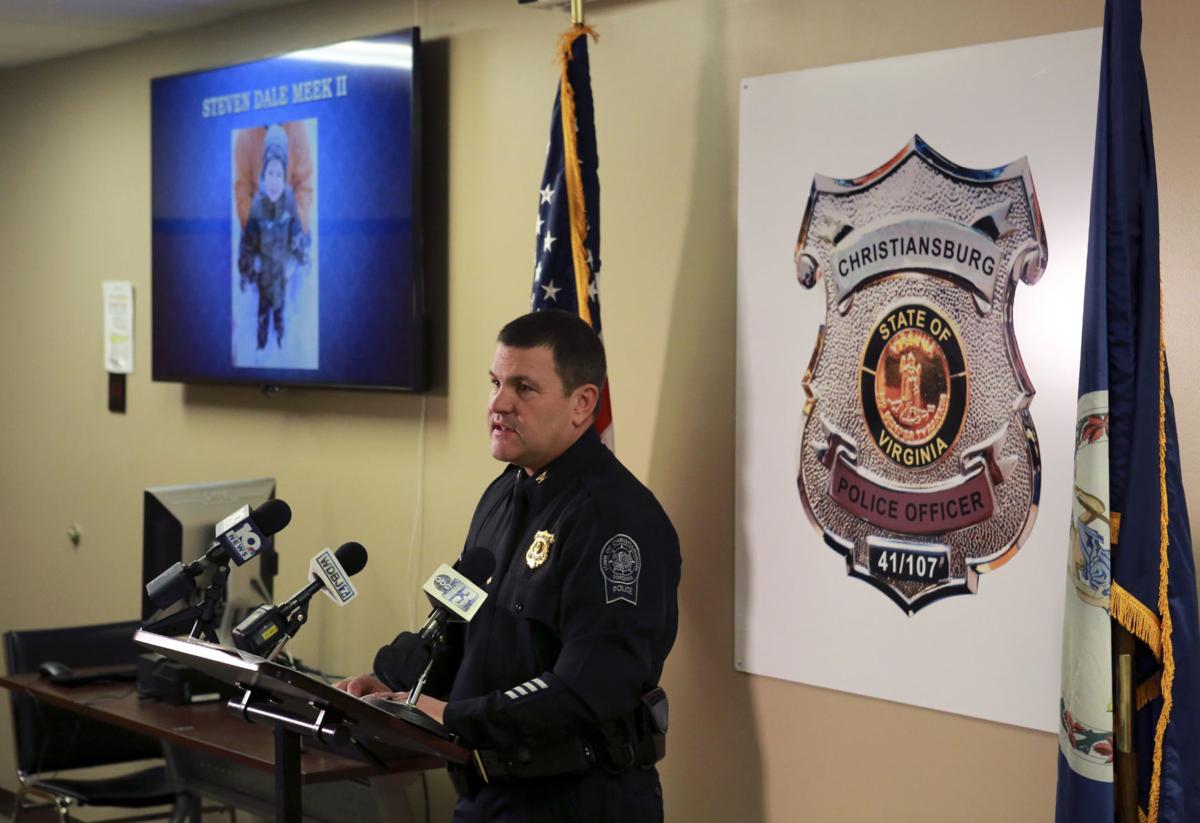 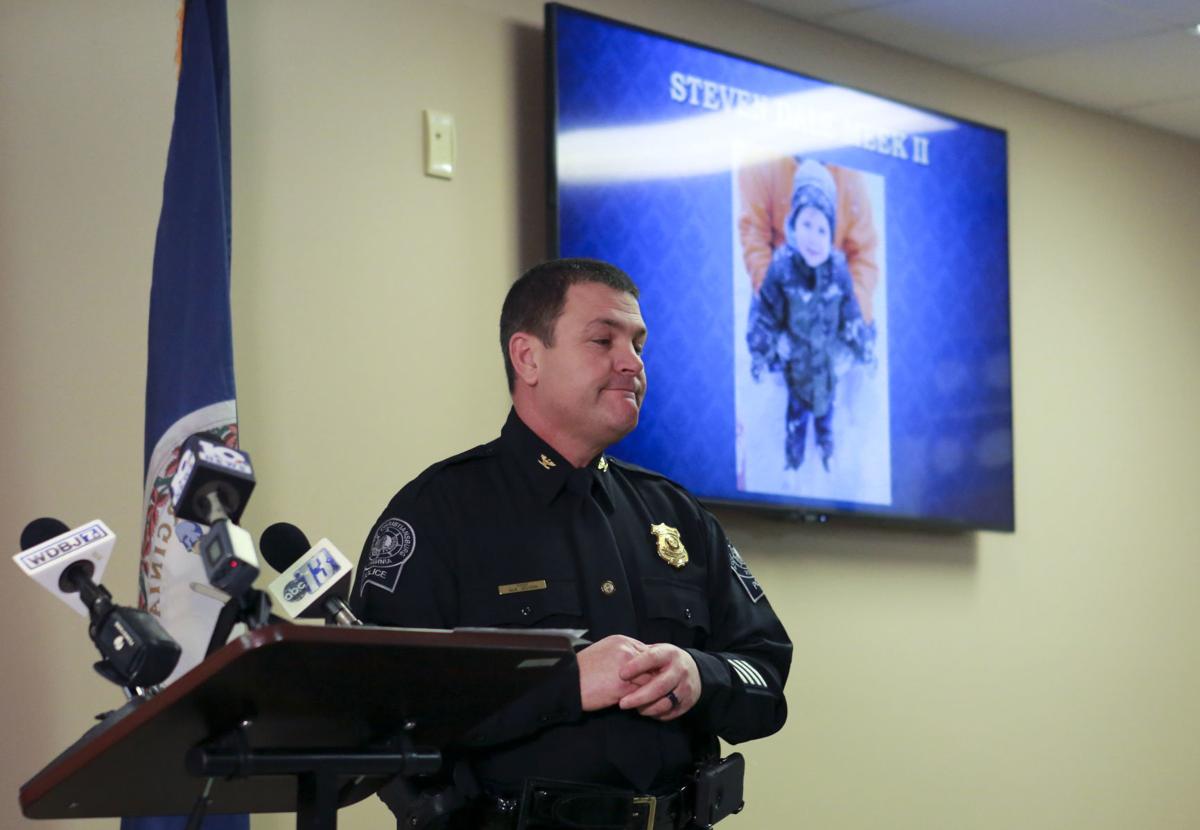 Christiansburg Police Chief Mark Sisson said a second child is part of the investigation into the death of Steven Meek II.

McKenzie Kyle Hellman, 25, of Christiansburg, who already was charged with child abuse, now also faces a felony murder charge and an assortment of sexual abuse and pornography charges in a case that has two victims: Steven and another child who is not being named, Chief Mark Sisson said at a press conference at the town police department.

Felony murder in Virginia is a charge that says a victim died during the commission of another felony. Sisson said the murder charge likely would be upgraded as investigation continued.

Sisson’s voice shook as he spoke in front of a projected picture of Steven standing in the snow, smiling and dressed in a camouflage jacket and hat. In the picture, the boy was held from behind by an adult.

“Children in this community are cherished,” the chief said. “They are individuals without voices. … It is our job to be their voice.”

Sisson outlined the events last weekend that brought police into contact with Steven and his family, saying it began Jan. 11 at about 9:15 p.m. with a 911 call that Hellman made from the home where he and Thomas lived in the 400 block of Zinc Lane. Hellman said that a child had fallen and was unresponsive, Sisson said.

Christiansburg Officer Aaron Lusk found Hellman sitting on the living room floor next to Steven. A second child also was present at the house, Sisson said.

Hellman, Thomas’ boyfriend, lived at the residence with her, a town news release said. Hellman is not related to Steven, the statement said.

Lusk and town rescue squad members performed cardiopulmonary resuscitation on the boy for about 25 minutes before a pulse returned, Sisson said. Steven was taken to LewisGale Hospital Montgomery, then airlifted to Carilion Roanoke Memorial Hospital.

At Roanoke Memorial, Steven had minimal brain activity. He was placed on life support. On Sunday at about 7:40 p.m., Steven died, Sisson said.

The boy had suffered “extreme blunt force trauma” to his head that was not consistent with Hellman’s story of a fall, Sisson said. Medical personnel and investigators soon determined that he had been physically abused, prompting the initial child abuse charge against Hellman, Sisson said.

The state medical examiner’s office in Roanoke had not yet returned a report in Steven’s case as of Friday, Sisson said.

Besides child abuse and felony murder, Hellman is charged with two counts of aggravated sexual battery of a child younger than 13, one alleging that he battered Steven and one that he battered another child who authorities are not identifying.

Both were being held Friday without bond in the Western Virginia Regional Jail and are scheduled for Feb. 28 preliminary hearings in the county’s Juvenile and Domestic Relations Court.

Sisson said that Hellman has a child, and that police have been told that Thomas is pregnant. Thomas and Steven’s father shared custody of the boy, Sisson said.

Elaine Digiovanni, Steven’s grandmother on his father’s side, said Friday that her family has no comment on the case at this time.

Sisson declined to identify the second victim in the case and said that child’s situation has been referred to Child Protective Services.

Sisson recognized Lusk and rescue squad members for trying to save Steven, along with staff at the two hospitals. He thanked the Montgomery County Sheriff’s Office for assisting the investigation.

The chief said that what had been done to Steven was “horrific” and predicted the community will be shocked as more details emerge. He said that he and other officers were upset by the case, and that their thoughts were with Steven’s loved ones.

“We are fortunate to live in a community where violent crime is rare. However, that same good fortune makes it all the more shocking when things like this happen,” Sisson said.

'Concerning' asteroid will break into Earth's orbit in a week: NASA

'Concerning' asteroid will break into Earth's orbit in a week: NASA

Christiansburg Police Chief Mark Sisson said a second child is part of the investigation into the death of Steven Meek II. 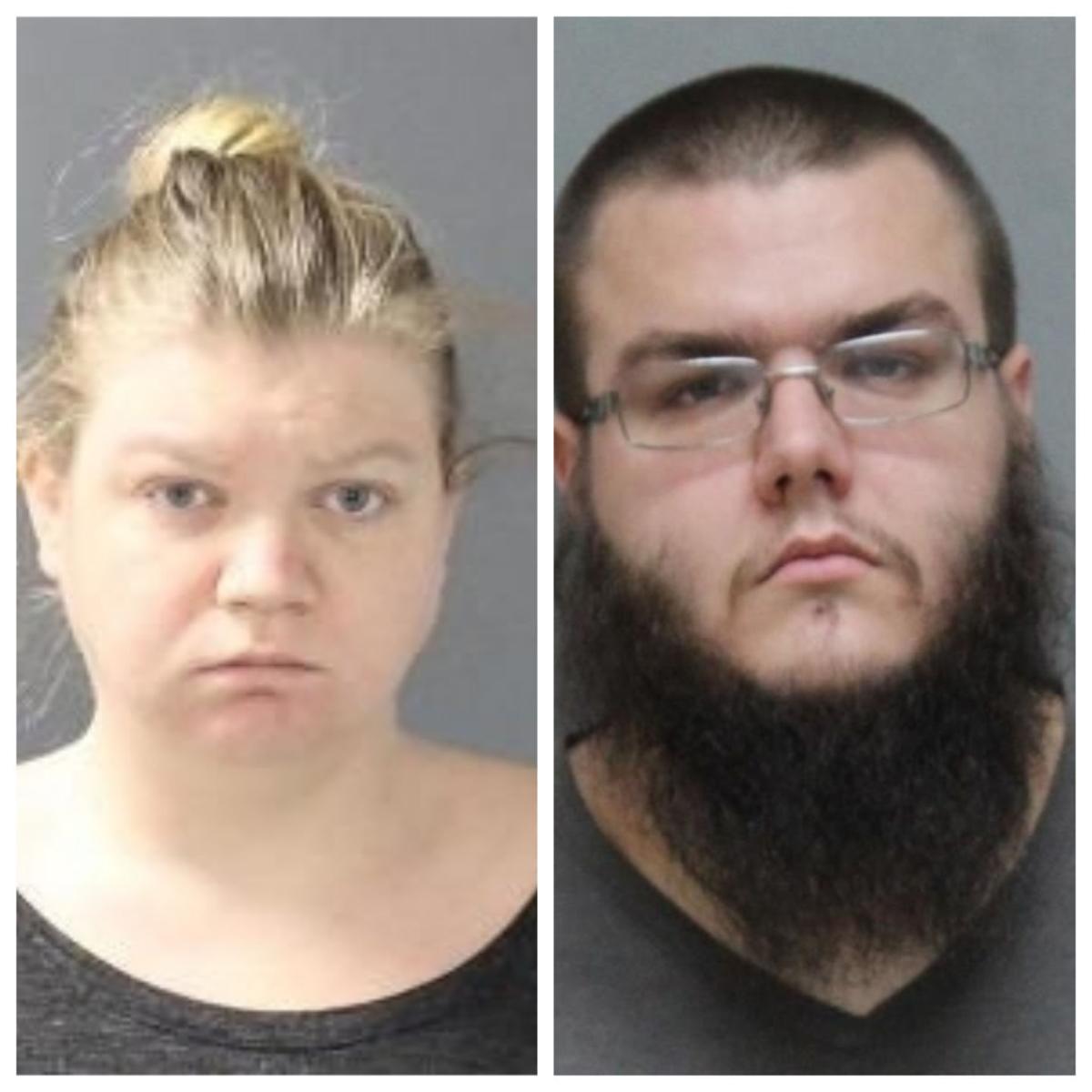