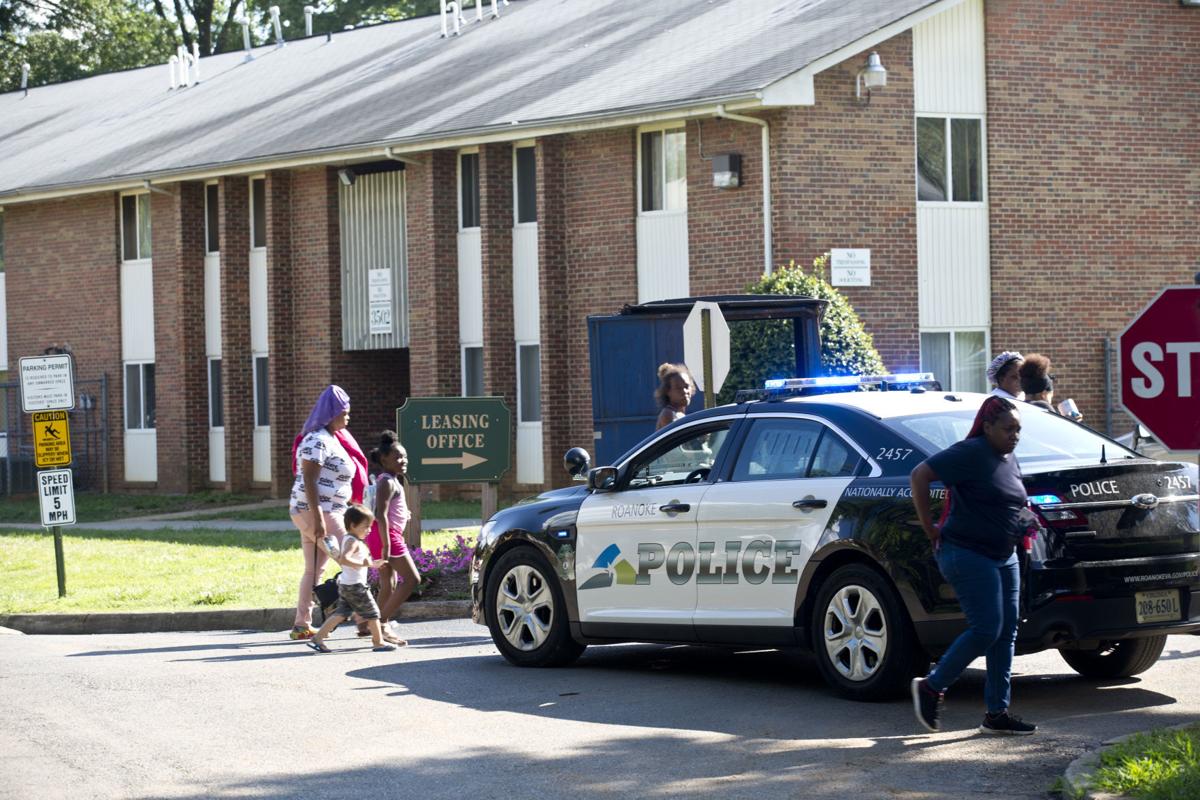 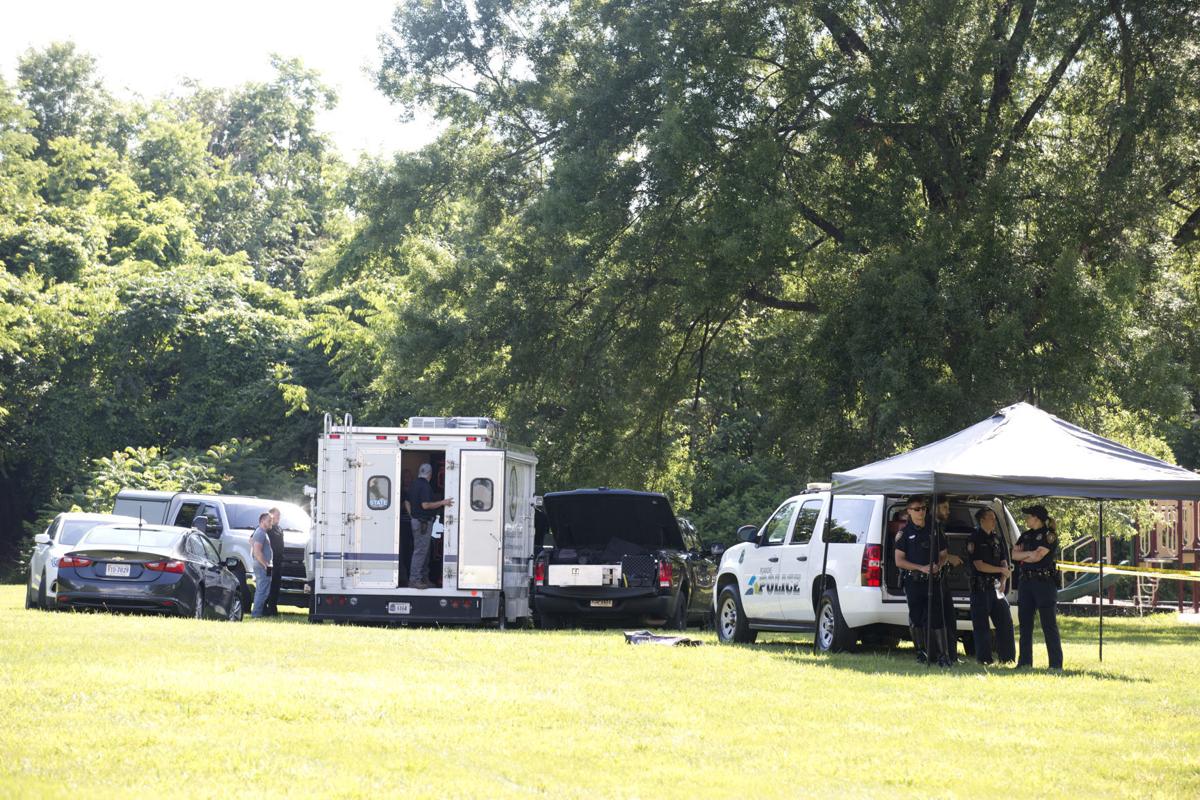 Roanoke police were on the scene of a police shooting at the Ashton Heights Apartments on Thursday.

A man who was shot in a confrontation with Roanoke police officers Thursday has died of his injuries, according to the Virginia State Police.

Rasheed M. Moorman, 26, of Roanoke, was wounded in an exchange of gunfire with officers at the Ashton Heights Apartments complex off 35th Street Northwest, officials said.

State investigators said the shooting happened around 3:14 p.m. when city officers tried to approach Moorman and another man who authorities wanted to question about a recent shooting that had happened at the same apartment complex days earlier.

The men started running, officials said, and Moorman turned and fired gunshots at the pursuing officers. The officers returned fire and struck Moorman, who later died at the hospital, according to an update issued by state authorities Friday.

The state police are handling the investigation into the shooting in keeping with city policy. Roanoke Chief Sam Roman said the police department is committed to an independent inquiry.

The state police said a handgun was recovered at the scene. No one else was hit by the gunfire but investigators said they believe Moorman struck a police car and the window of an occupied apartment when he turned around and fired shots.

The state police investigation is ongoing, and its findings will be given to the commonwealth’s attorney once complete.

The city officers involved were wearing body cameras, and that footage was given to the state police. The officers will be taken off street duty, in keeping with policy, while the investigation is underway, said local officials.

Thursday’s shooting comes during an intense national debate about policing. Speaking Thursday, Roman said city officers did not take the events lightly, and he asked the community to continue working with the department while the state investigation is done.

“We’ll get through this together, and be as transparent as we can throughout the investigation,” he said.

Mayor Sherman Lea, when reached Friday, said he would reserve comment until the investigation is complete and he likewise asked the community to await the state’s findings. The state’s investigation will be independent and thorough, he said.

Judge: Meth conspiracy was ‘a neighborhood group of guys'

Roanoke police released the identity of the man killed Tuesday in southeast Roanoke as William English, 48.

In 2018 two men broke into Norfolk Southern buildings on Hollins Avenue and stole computer monitors, power tools, a generator and a 2015 Chevrolet Silverado outfitted to operate on railroad tracks. The truck was later found stuck in a field near the airport.

Deputies involved in a late-night shooting Tuesday on Whippoorwill Road describe a harrowing scene of an ambush along a dark and woodsy driveway. So dark was the night deputies had to look for the light of gunfire to identify where the suspect was hiding.

A man was shot and killed just before dawn Tuesday in Southeast Roanoke, according to the Roanoke Police Department.

Roanoke police were on the scene of a police shooting at the Ashton Heights Apartments on Thursday.