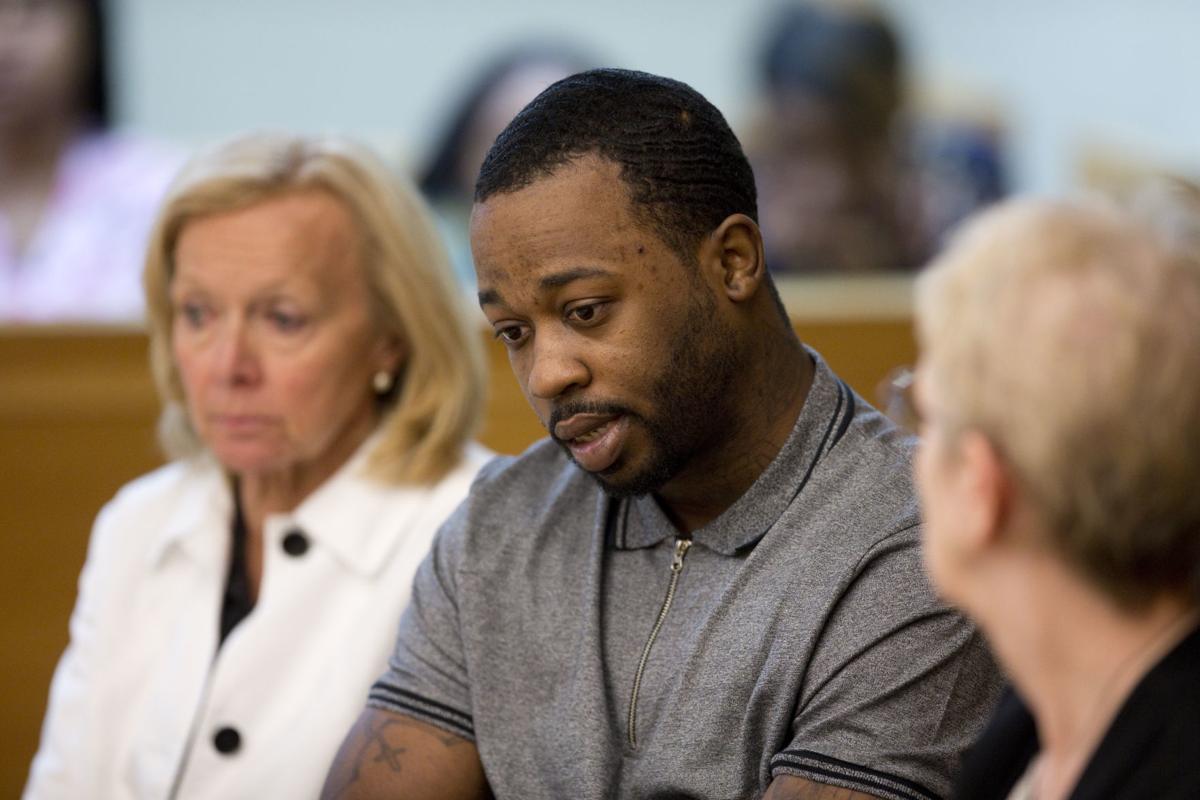 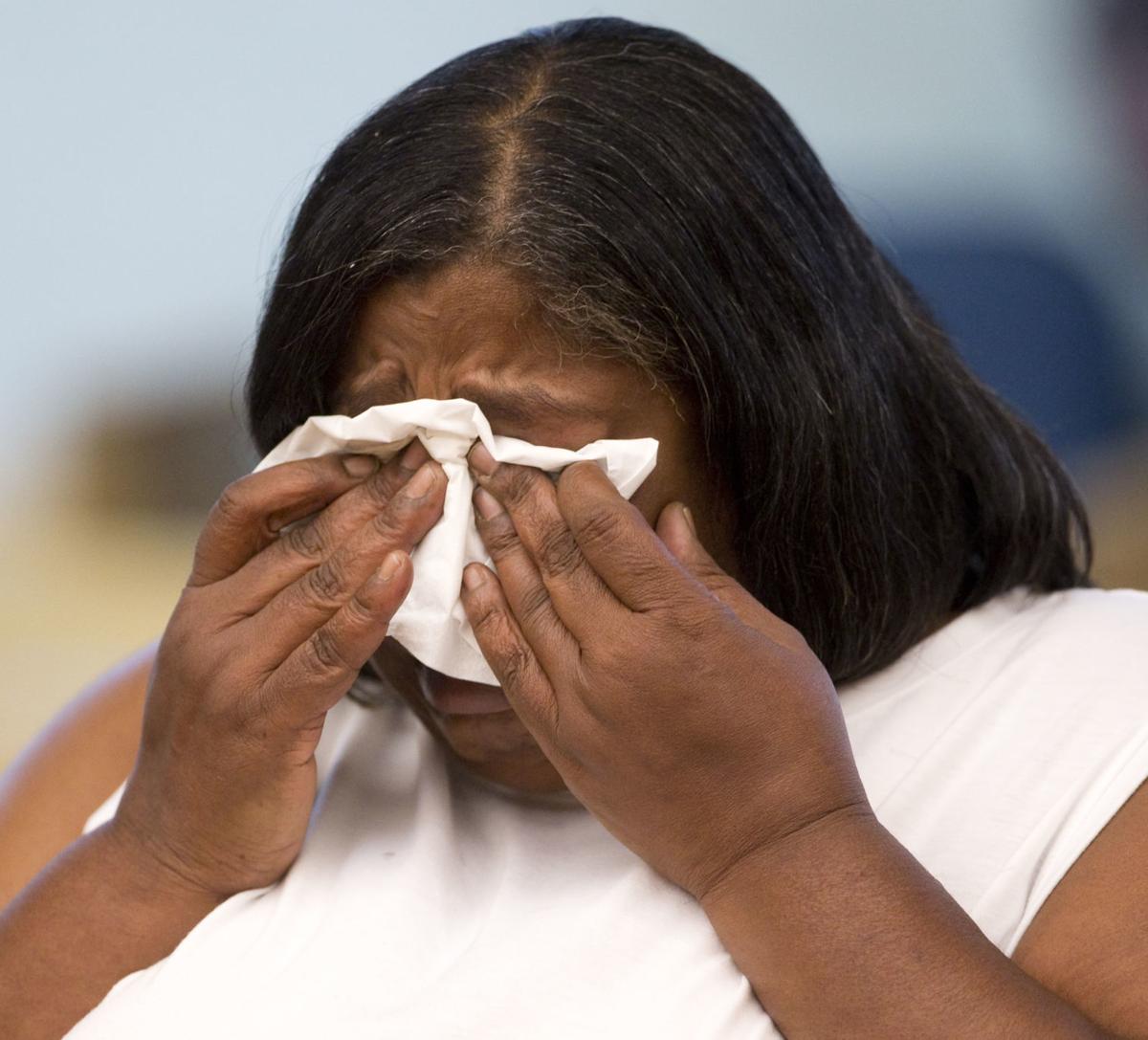 Mary Jane Jackson wept on the stand as she talked about how her nephew Michael Jackson was "the man of the family," helping with her son and a grandparent.

Mary Jane Jackson wept on the stand as she talked about how her nephew Michael Jackson was "the man of the family," helping with her son and a grandparent.

Derrell Jamar Jones did not kill Michael D. Jackson during a public scuffle on the night Jackson died last summer, but he did shoot him at least once.

A jury trial late last month determined that it was actually Jones’ friend, Shannon Lewis Walker, who took his pistol back from Jones and fired more shots at Jackson, late on June 7, 2018, outside a Burrell Street convenience store.

One of Walker’s bullets struck the 42-year-old Jackson in the shoulder. That slug dug downward into Jackson’s chest, where it passed through his lungs and fatally penetrated his aorta. For that deadly action, jurors asked that Walker receive 15 years in prison when he is sentenced in November.

By the time Walker’s verdict came, Jones had already pleaded guilty to possessing a firearm as a felon, as well as pleading no contest to charges of maliciously wounding Jackson and using a gun to do so.

At a crowded sentencing Tuesday in Roanoke Circuit Court, Jones, 29, learned how much those crimes would cost him: six years in prison, with more than a decade of suspended time.

The benches during the hearing were filled almost entirely with women — friends and relatives of Jones’ on the left, Jackson’s survivors on the right — and the six-year ruling Judge Chris Clemens handed down seemed to visibly relieve the former and also satisfy the latter, a courtroom balance not commonly seen struck.

Sentencing guidelines in the case had ranged from about two and a half years to just over six, which put his final sentence just below the high end.

While prosecutors at Jones’ plea hearing acknowledged he was “not guilty of the homicide,” and agreed they wouldn’t seek more than a 10-year term, on Tuesday they did say they felt he deserved to serve a full decade.

“Mr. Jones’ actions that night were completely unnecessary. He did not have to shoot Mr. Jackson.”

Video surveillance evidence in the case has shown that Jones was already in the Lincoln Terrace convenience store when Walker came in, visibly packing a handgun.

The video suggests Jackson and Jones argued about something, and Walker stepped toward them, but Jones then took Walker’s weapon from him. When Jackson later hit Walker, Jones responded by appearing to shoot Jackson in the knee. Jackson crawled outside into the parking lot, where he was shot again by Walker.

“Jackson lost his life that night. His family lost a father, a son, a brother,” Dietz said.

“Michael was the man of the family,” his aunt, Mary Jane Jackson, testified.

“It’s been really hard. I don’t have anybody to help me,” she added before falling silent with emotion.

Supporters of Jones also spoke in court, including his mother, Stephanie Patterson, who said that before Jones was jailed he had been instrumental in caring for his brother, who was recently left paralyzed by a gunshot wound.

“He was his brother’s legs. That made him grow up a lot,” Patterson told the judge.

“He’s been there since day one” as a father, she said of Jones.

In terms of his culpability the night of the shooting, defense attorney Anna Bagwell pointed back to the video.

“Mr. Walker introduced the gun into the fistfight and escalated it,” Bagwell argued.

“Mr. Jones is a young man. ... He can do well with his life,” she said. “He can do better than what happened that night. He is committed to doing better.”

Clemens expressed surprise that Jones would be involved with firearms, especially after he’d so recently seen the price of gun violence paid by his own brother.

“You’ve got to separate yourself from people that are going to carry guns,” the judge said.

Derrell Jamar Jones was sentenced Tuesday for malicious wounding and use of a firearm in the shooting of Michael D. Jackson in June 2018. He w…