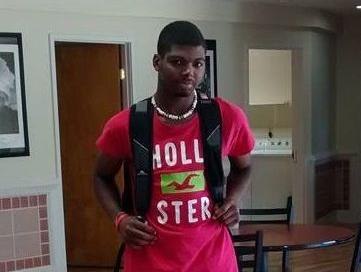 Died after being shot by police Feb. 26. 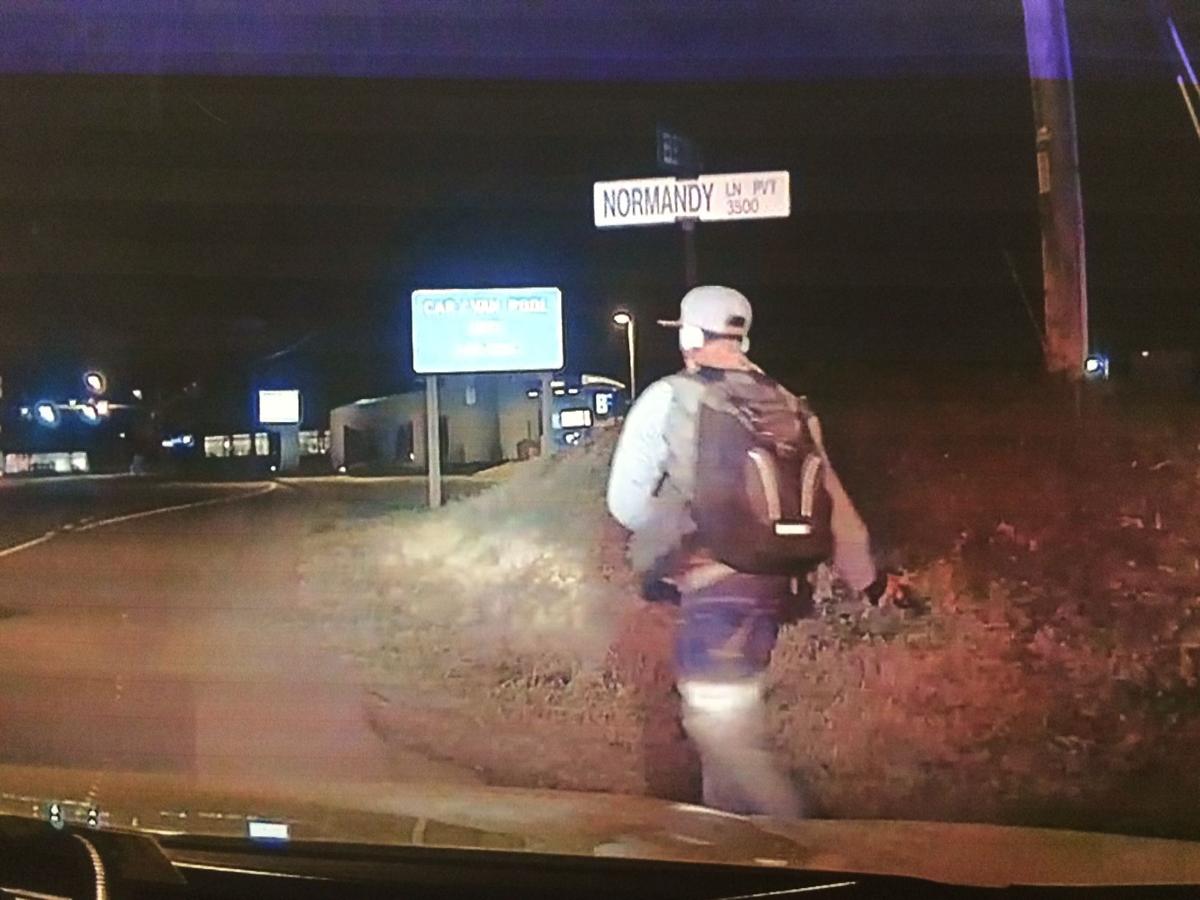 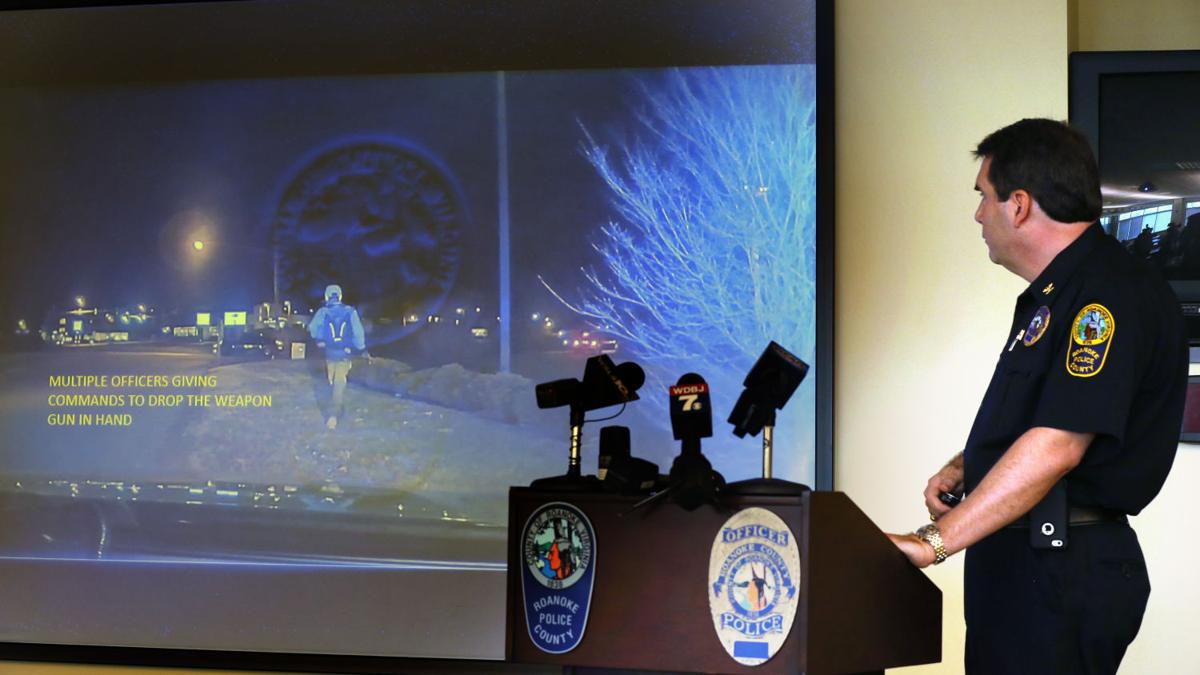 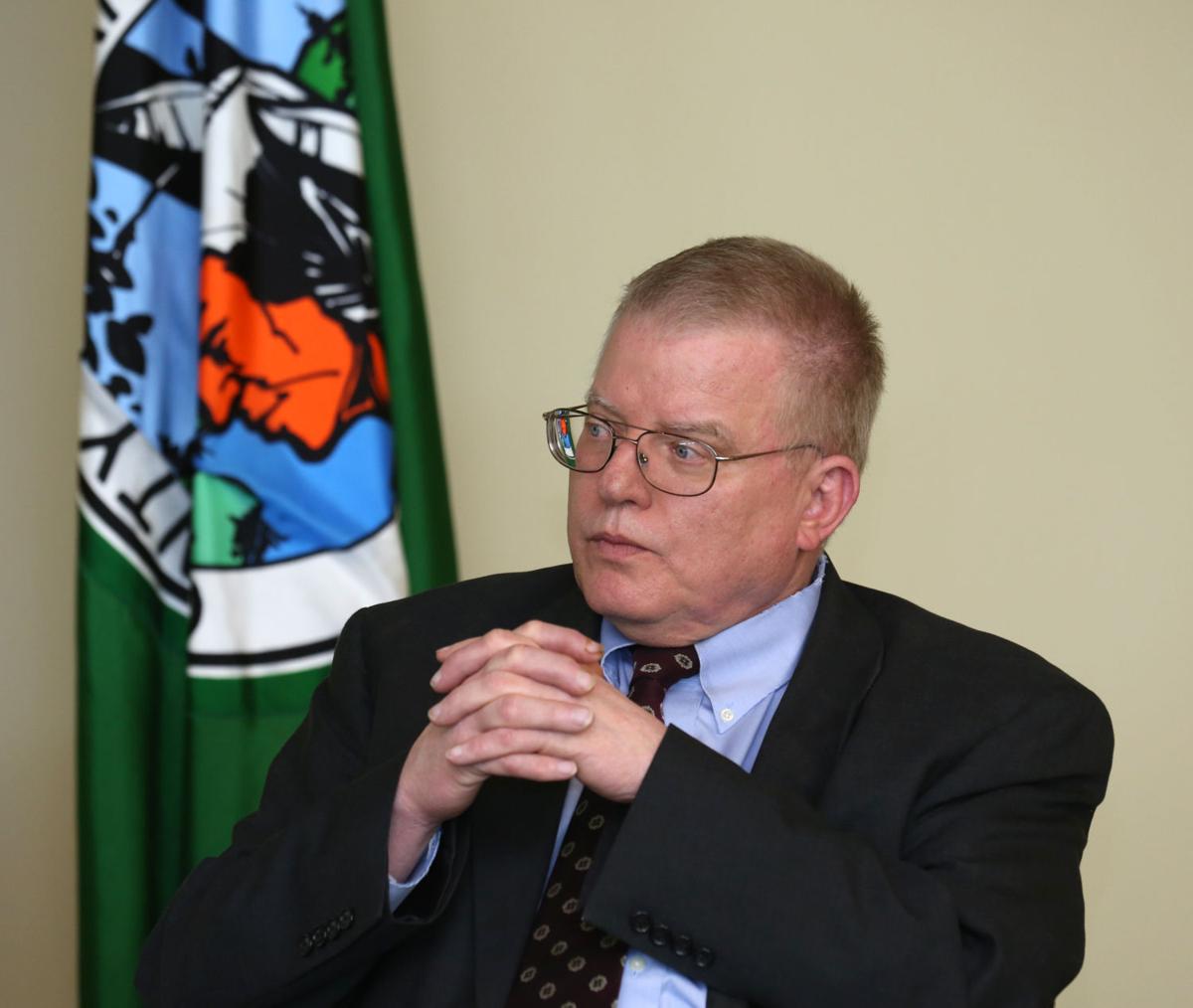 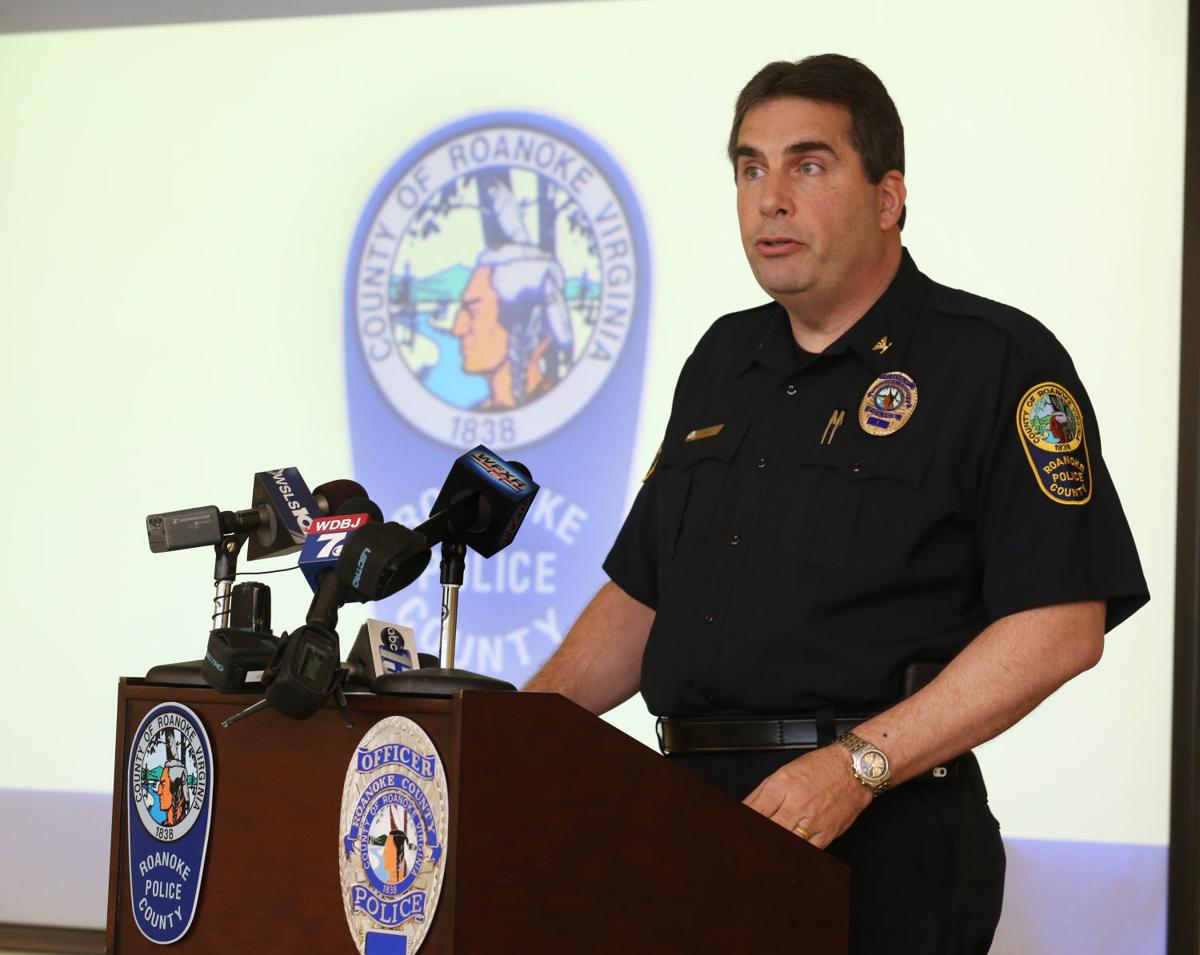 Two Roanoke County police officers were justified in fatally shooting Kionte Desean Spencer in February, Roanoke County Commonwealth’s Attorney Randy Leach said Wednesday, as he and the police chief released evidence that they said proves the officers were faced with no other alternative than to shoot.

Leach said Spencer, 18, was given ample opportunity to put down his gun — a broken BB gun that looked like a pistol — before officers shot him near the busy Cave Spring Corners shopping center on the evening of Feb. 26.

“I can’t in good faith bring criminal charges,” said Leach, who said Roanoke County’s investigation — conducted by the county’s police department — was one of the most thorough he’s ever examined.

Chief Howard Hall said a separate administrative investigation into the use of force conducted by the police department’s professional standards unit found that officers had complied with policy. Six officers involved in the incident had been placed on administrative leave and are now back on duty, Hall said.

“We ask our officers to make difficult decisions in dangerous situations, and sometimes that results in unfortunate outcomes,” Hall said. “This doesn’t make their decisions wrong.”

Hall would not provide the names of the officers, citing privacy and security concerns, nor would he offer any descriptions of the officers. He said that while neither officer who shot Spencer has been involved in a previous shooting, he would not discuss any possible use-of-force history of the officers.

Leach and Hall held a news conference Wednesday to present information from the incident, including still shots from police dashboard camera footage. Before the event, Leach and Hall showed segments of the footage to four members of the local media, including The Roanoke Times. Roanoke County Supervisors Al Bedrosian and Jason Peters and County Administrator Tom Gates also watched the video.

Hall said he does not intend to release the video to the public, saying that he doesn’t want it used inappropriately and that a loss of life is not something that should go viral.

Under Virginia public records law, police departments aren’t required to release many details into a criminal investigation, whether open or closed.

Chronology of the shooting

According to the dash-cam video and Hall’s account, the incident began about 7:15 p.m. when a 911 caller reported a man wearing headphones and a bandanna over his face and carrying what appeared to be a gun while walking along the road near Walgreens.

An officer arrived in about two minutes and spotted Spencer near the intersection of Brambleton Avenue and Electric Road. The video shows Spencer turning around toward the officer, then stepping off the road and down Electric Road. The officer shouts “Hey” and “Put the gun down” multiple times, but Spencer does not react.

The officer follows Spencer in his police car, lights flashing, on Electric Road. Five other officers arrive and eventually get out of their vehicles. Multiple officers are heard shouting commands for Spencer to drop the gun, which hung from his left hand.

“There was no way for them to distinguish that CO2 pistol from a firearm as it was being carried in Mr. Spencer’s hand, and to suggest that they could have made that determination at that time is just not reasonable,” Hall said.

The video shows Spencer appear to turn toward police at least six times during the confrontation.

One officer requested that someone bring a beanbag gun to the scene, but Hall said the nearest officer with one was three minutes away. He said the incident has prompted him to try to obtain more beanbag guns, which can knock a person down but don’t usually result in a fatality.

Eventually, near the intersection of Electric Road and Normandy Lane, an officer deploys a Taser two times. The first attempt doesn’t make contact, while the second makes contact with Spencer’s sweatshirt but has no effect. Hall said it’s unclear why the Taser did not stop Spencer.

A few seconds later, Spencer turns around, and two officers fire a total of three shots, with each officer striking Spencer. He is hit in the hip and near the collarbone. The video segments shown Wednesday do not provide a clear image of Spencer raising the gun at police, but Hall said four officers who could see Spencer said they saw him do so.

“They felt they had no other alternative than to shoot,” Leach said. “The police were justified. It’s a tragedy.”

Officers approached Spencer on the ground and can be heard asking if he can breathe and if he can talk. Spencer is heard moaning.

Hall said officers removed Spencer’s headphones while helping him. The headphones weren’t plugged into anything, but Hall said it’s possible they had been connected to his cellphone.

An ambulance arrived within minutes and took Spencer to Carilion Roanoke Memorial Hospital, where he died.

“His own actions led to a police use of deadly force against him,” Hall said. “Had he acted responsibly or followed our directions, this incident could have been avoided.”

Hall said there were no drugs or alcohol in Spencer’s system.

“We’ll never know why he acted the way he did,” Hall said.

The police shooting has inspired outrage among a group of people calling for an independent review of the shooting, and for the police department to release video of the incident.

Brenda Hale, president of the Roanoke branch of the National Association for the Advancement of Colored People, said she was not surprised at the results of the investigations, and what she called a lack of transparency has troubled her throughout the process. She said the Roanoke NAACP and Virginia State Conference for the NAACP plan to file a complaint with the U.S. Justice Department next week. She hopes the department will launch a federal investigation.

Hale said she was particularly alarmed at information about Spencer’s mental health that was provided at the news conference, which she felt was a “character assassination.” Hall said Spencer had led a “troubled” life and needed help, which made the killing all the more “tragic.”

Hall said Spencer was removed from his biological parents at age 2 and placed with a foster family. He outlined how Spencer had been through a number of mental health treatment programs. Most recently, he had been living in a group home on Garst Mill Road.

The day before police shot him, Spencer had an appointment with a Blue Ridge Behavioral Healthcare counselor, Hall said police learned from information obtained through search warrants. Spencer told the counselor he was about to be homeless because he was transitioning out of the group home and foster care. He was off his medications, and he did not want further help with mental health care, Hall said. Hall said it’s not clear whether Spencer’s mental health played a role in his behavior the night of the shooting.

Hall said county police had logged 11 interactions with Spencer since August 2014, ranging from two runaway reports to an alleged marijuana possession at Hidden Valley High School. He said Spencer appeared to have been compliant with officers during all those encounters.

Bill Farrar, director of public policy and communications for the American Civil Liberties Union of Virginia, said Roanoke County police should release the dash-cam footage. Under Virginia public records law, police departments don’t have to release video or information regarding officers — but they may. One of the main reasons for collecting video is for public accountability, Farrar said, but when agencies don’t release the footage, that accountability is nonexistent.

“The public deserves to understand what happened,” he said. “The evidence exists, and police are hiding behind FOIA.”

Peters, the county supervisor, said he has confidence in the investigation and findings from the police department and Leach. He said he had not seen the video until Wednesday, and said it was difficult to watch.

“It’s a very tragic event, and I do hope that through time, our community can heal from this,” he said.

The American Civil Liberties Union of Virginia and the Roanoke branch of the NAACP have jointly requested that the U.S. Department of Justice …

Republican state senators say the measure would undercut police in the midst of a chaotic time of public unrest. Democrats say it would encourage police to use felony charges only when appropriate.

Citizens reiterated their demands that Roanoke County police release the names of officers involved in the shooting as well as dash-cam video.

A memorial service brought renewed calls for an independent investigation of the 17-year-old's shooting death by police.

Officials with the medical examiner’s office in Roanoke said Thursday that Kionte Spencer was killed by a gunshot wound to the chest.

The thing about Kionte Spencer, classmates and teachers recalled Wednesday at a vigil at his high school, was that he was always dancing.

On the floor of Brandon Milliner’s bedroom, Kionte Desean Spencer saw something that caught his eye: a black BB gun.

A suspect shot by Roanoke County police died Friday night, shortly after a confrontation at the busy Cave Spring Corners intersection that beg…

Police shot a male reported to be armed near a busy intersection in southwest Roanoke County on Friday night, a police spokeswoman said.

This map illustrates a series of events that reportedly took place the night of Kionte Spencer's death.

Died after being shot by police Feb. 26.