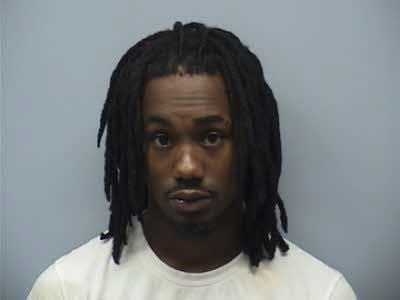 A 24-year-old man is charged with second-degree murder in a chaotic shooting at a northeast Roanoke nightclub over the weekend.

Jermaine Leonard Brown is also charged with malicious wounding in the early Sunday shooting at Monsters Bar and Grill that left one man dead and several others injured, according to jail records. Police arrested Brown on Monday evening, and he’s being held at the Roanoke City Jail without bond.

Police went to the nightclub in the 1000 block of Orange Avenue to respond to an unknown 911 call.

Officers were already in the area of the restaurant and “monitoring exterior activities” before the shooting, police spokesman Scott Leamon said. Officers heard gunshots from inside the building at 2:56 a.m. and saw people flee the building, get in vehicles and drive away.

Of the 10 people shot, eight went by private vehicle to the hospital, police said. Police did not have updates on conditions of victims Monday evening.

Anyone with information about the incident should call 344-8500.

Charges dropped against suspect in fatal shooting at Monsters bar